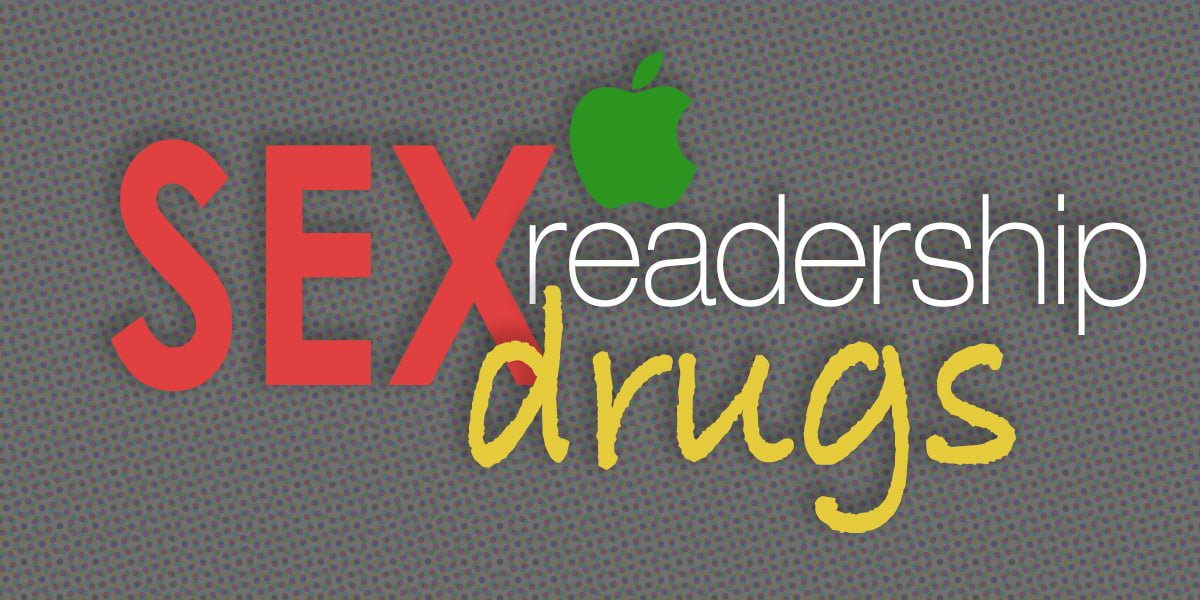 Croakey’s readership – it’s not all sex and drugs

Whilst Croakey’s readership figures vary from month to month, we’ve seen a steady increase in overall visitor numbers, according to our latest readership update.

For the year ending June 2018, we had 299,394 total visitors via the Croakey website and Apple News, with 214,640 unique views. (These figures do not include details of readership via Facebook).

The Apple News platform continues to be a valuable conduit for Croakey stories – so if you are using the Apple News app, please make sure to follow us there.

The main readership observations for the six months to June 2018, compared with the same period in 2017 are:

When Croakey first started publishing to the Apple News platform, most of the readers on that platform were in the United States.

The last six months has seen a significant change, with Australian and UK readership increasing.

In particular, this article by Marie McInerney, A glimpse into the sex industry from the people who work in it, had 8,269 readers, who were primarily from Australia.

Meanwhile, an article by Dr Ruth Armstrong on prevention of opioid harm – Over-the-counter codeine’s a thing of the past. What’s next in preventing opioid harm? had 5,332 readers, who were mostly from the US.

Below is a compilation of our readership figures for January to June 2018, and for July to December 2017.

Also included are the best-read articles at the website and on Apple News.

You can read more details about our readership analytics here. 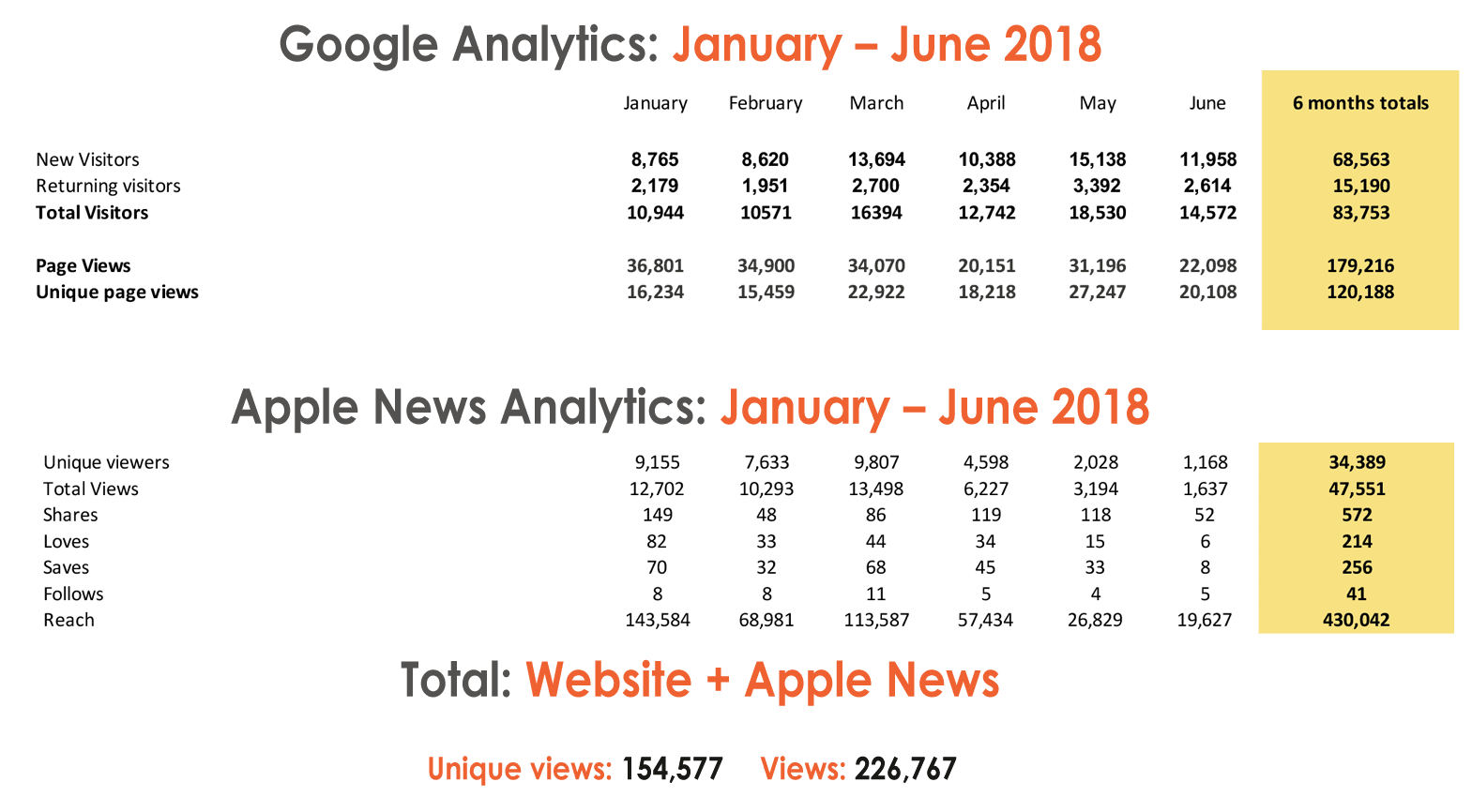 Top stories for this period – including Apple News (views)

Website: Associate Professor Sonia Wutzke – In Memoriam (1,372)
Apple News: The devastating effects of Trumpism on science and medicine (amongst other matters) (1,714)

February
Website: The high price of healthy school canteens (1,376)
Apple News: Over-the-counter codeine’s a thing of the past. What’s next in preventing opioid harm? (5,332)

March
Website: “Bilo” – the little country town that is roaring in defence of asylum seekers (1,718)
Apple News: A glimpse into the sex industry from the people who work in it (8,269)

June
Website: On the personal toll for Indigenous advocates and people when governments fail to act (1,930)
Apple News: More Medicare funding goes to wealthy kids: why, and what can we do about it? (171) 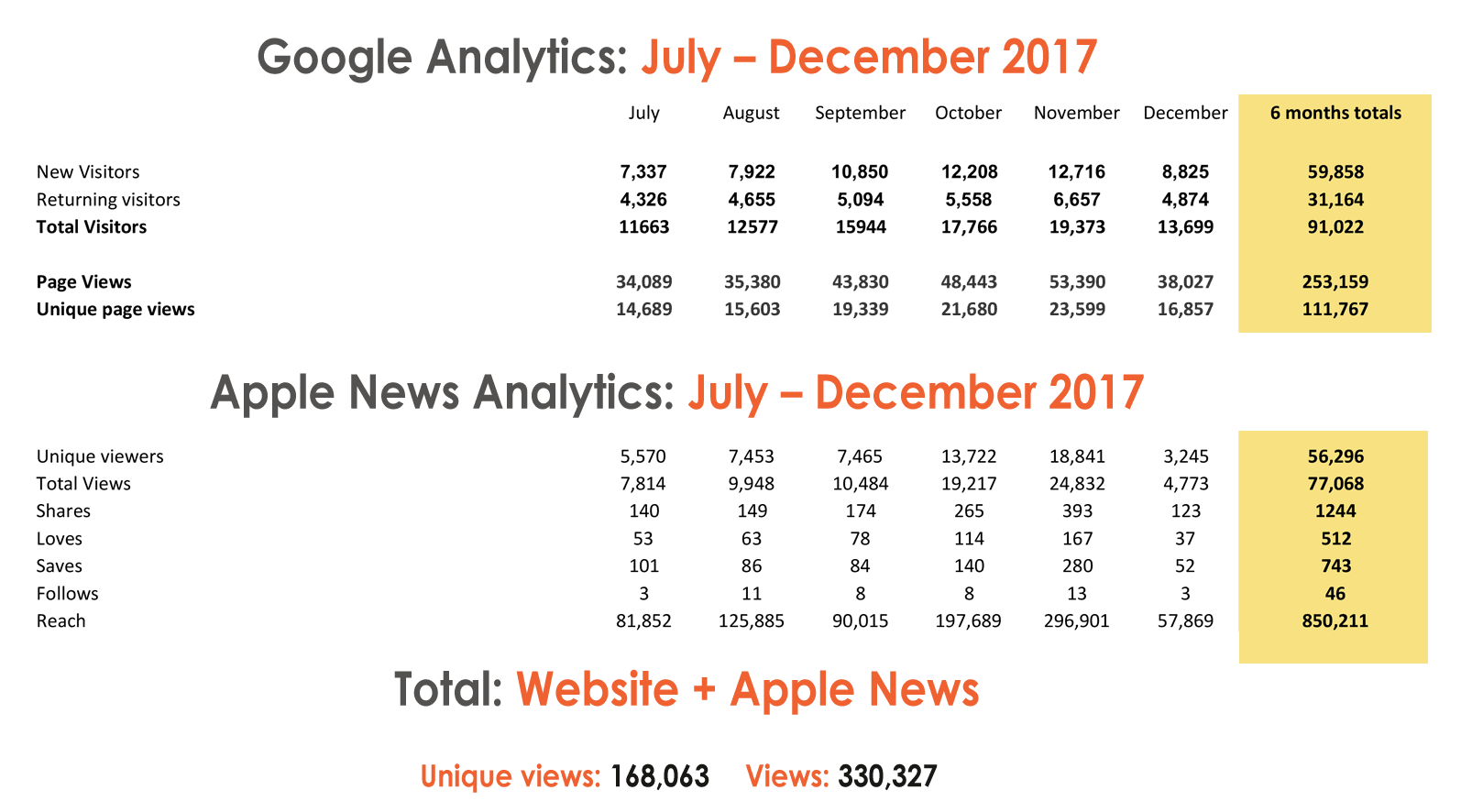 Top stories for this period – including Apple News (views) 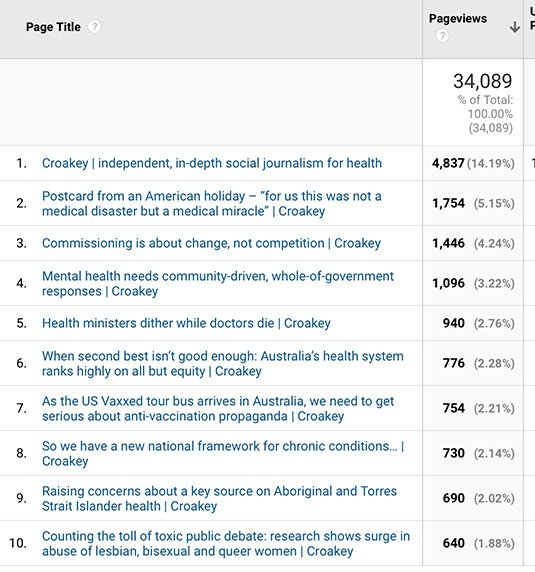 August
Website: Survey reveals ‘systemic racism’ in medical training
Apple News: What (more) can the health sector do to end harm to asylum seekers? Not praise their “very high level of health care” for a start? (1,087) 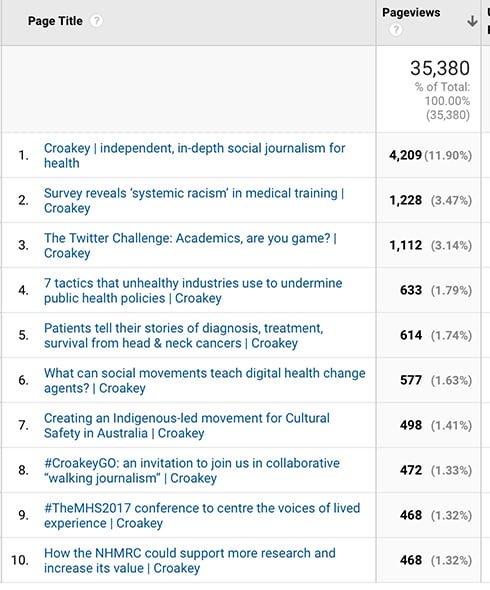 September
Website: #YesWithLove: practical support during Australia’s #MarriageEquality campaign
Apple News: “Please don’t let this happen to me” – too much medicine at the end of life (816) 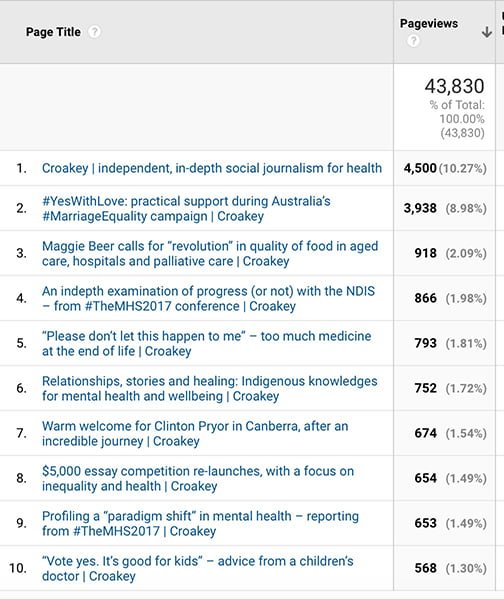 October
Website: Celebrating the contribution of Jackie Crowe to mental health
Apple News: When it comes to the Goliaths threatening public health, is it time for a unified response? (1,544) 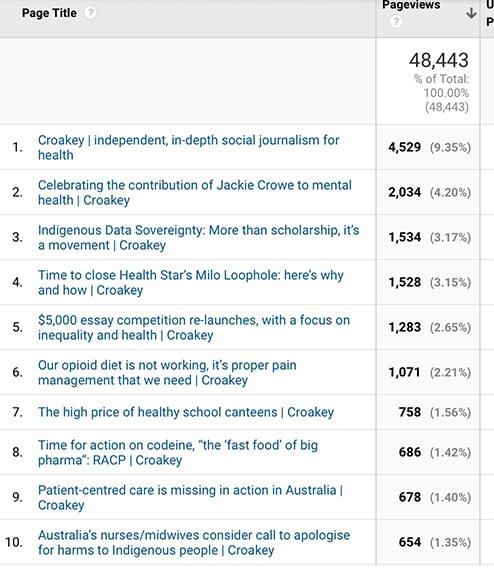 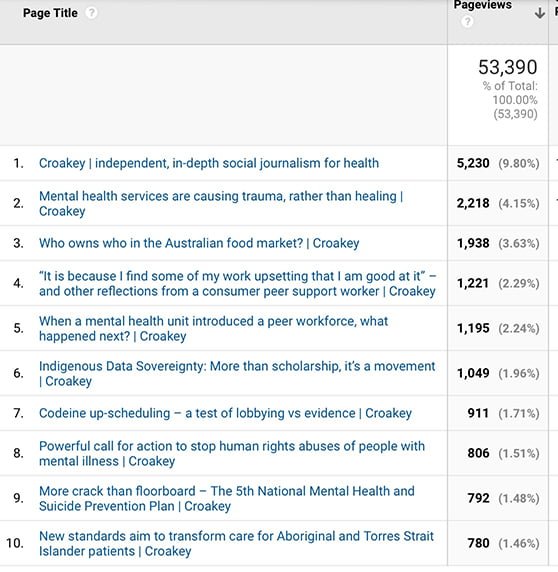 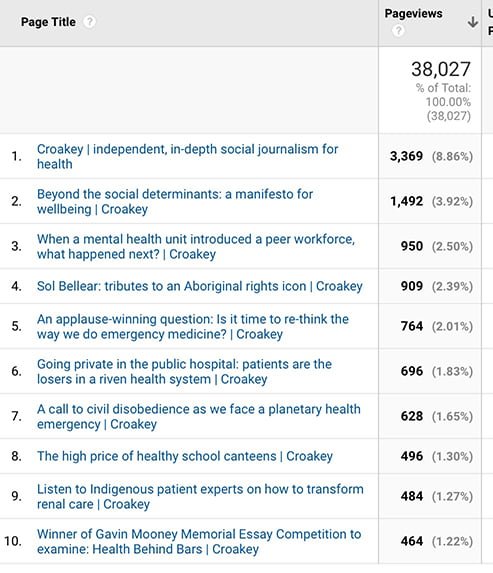