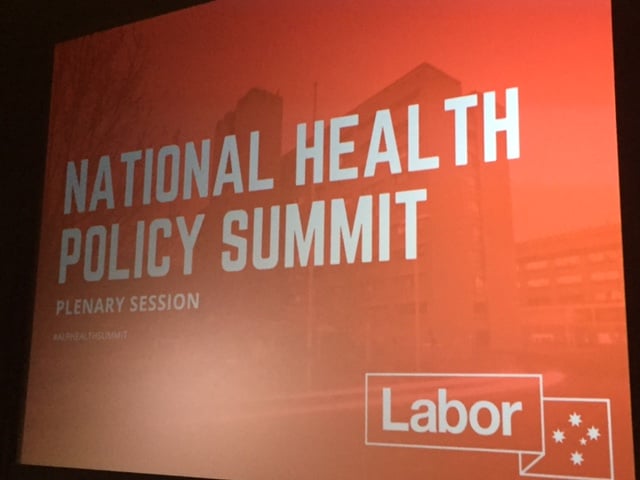 As Croakey has reported, Labor’s national health policy summit in Canberra put health equity, prevention, and better integration of fragmented services at the heart of its health policy development in the lead-up to the next election.

For more detail on what was discussed, what needs to be on the agenda, and what should happen next, watch these interviews with some of the health experts who were invited to the summit.

We again thank the Croakey readers and contributors who supported our #HealthMatters crowdfunding campaign so that we were able to cover the summit. See the honour roll below.

Leanne Wells, CEO of the Consumers Health Forum of Australia, talks to Croakey ahead of the Labor health summit on what she wants to emerge from the discussions and policy process, including fresh thinking on Medicare, new models of care, investment in prevention, and significant reform to the role of hospitals.

Martin Laverty, CEO of the Royal Flying Doctors Service, talks about discussions from the Prevention roundtable and the need – and pathways – to address health disparities experienced in rural and regional Australia, where chronic illness prevalence is three times higher than metro areas.

See also this earlier article from Croakey where Laverty asks why there is such acceptance of those disparities and some KPIs for the soon-to-be-appointed Rural Health Commissioner.

Professor Rosemary Calder, Director of the Australian Health Policy Collaboration, talks about the four elements she sees as key to any health policy framework: focus on risk factors, Amartya Sen’s capability framework, regular measurement of population health and the transformational urban planning of Gil Penalosa that looks to make cities great for 8 and 80  year olds.

Former AMA President Dr Brian Owler talks about the issues that emerged during the ’roundtable’ on hospitals that he chaired at the Labor national health summit, including whole of hospital reform, access to subacute services and the role and challenges for private health insurance.

Labor Indigenous Health spokesman Warren Snowdon talks about what Labor is hoping to achieve from the national health policy summit and the particular issues for people in remote and regional Australia and Aboriginal and Torres Strait Islander health.

He discusses the importance of the National Aboriginal and Torres Strait Islander Health Plan and how Coalition Indigenous Health Minister Ken Wyatt has set up formal collaboration with Labor to help with Closing the Gap strategies.

Dr Devin Bowles, Executive Director, Council of Academic Public Health Institutions Australia, discusses his key ‘takeaways’ from the summit and the challenge of having already “plucked most of the low-hanging fruit” in health and health funding funding reform.

Public Health Association of Australia CEO Michael Moore talks about the key messages to emerge from the summit, what can be expected in policy reform, and his hopes for action on prevention from the new Health Minister Greg Hunt.

Croakey is very grateful to the supporters who backed our #HealthMatters fundraising campaign so we can report in detail on the summit. Follow the coverage at this link.

We thank them all for their generous support.

We will update this post with full details of our fundraising for #HealthMatters when the project is finalised.