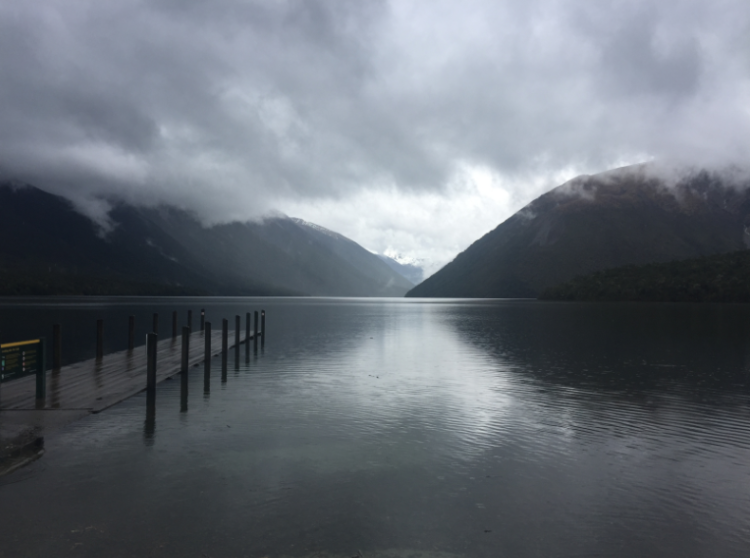 “Cultural safety history repeats: why are we taking the redefinition road?”

They are seeking feedback on a proposed definition of ‘cultural safety’ to develop an agreed, national baseline definition that can be used as a foundation for embedding cultural safety across all functions in the National Registration and Accreditation Scheme and for use by the NHLF.

In the article below, Dr Leonie Cox from the Queensland University of Technology and Associate Professor Odette Best from the University of Southern Queensland write that they have deep concerns about the definition proposed by AHPRA, arguing that cultural safety is a well-defined model.

They maintain that AHPRA should  remain true to the groundbreaking work on cultural safety by Maori scholar Dr Irihapeti Merenia Ramsden.

See also this earlier article at Croakey featuring the work of Cox and colleague Ali Drummond, a lecturer and researcher in the School of Nursing at Queensland University of Technology, and this link to other articles on cultural safety published by Croakey.

People say, ‘what is Cultural Safety?’ And I say, Cultural Safety is when you enter a health service that’s developed by somebody else of another culture, without losing your own self in the process.

You know, by using your own process so that if you are Maori you don’t be a Maori, if you’re a woman, you don’t lose it in a male, if you’re a Pacific Islander, you don’t lose it because you’re going with pakeha. The other group that’s picked it up very well is the gay and lesbians. So if you are a gay man or lesbian woman, you go through a hospital system and you are a gay man or lesbian before, during and afterwards. They understand that. So the premise is quite simple”

We are deeply mystified and concerned about a ‘cultural safety’ definition, which is currently the subject of an AHPRA national public consultation.

The AHPRA proposed definition is:

Listen to Irihapeti Ramsden talking about a similar concerning process that happened in Aotearoa decades ago – she could be talking about 2019 in Australia when she wrote:

We are mystified because we do not know why anyone thinks that cultural safety needs further definition. As we all know, cultural safety is a model of practice and an Indigenous knowledge developed by Ramsden and her colleagues.

As she clearly articulated, it arose from a decolonising process in relation to Maori people, but extended to encompass any context whatsoever due to its capacity for wide application and the potential to address systemic racisms and intersectionality concerns.

Midwife Kere Pomare, when interviewed by Ramsden, said when facing the same concerns that we currently face here with this proposed definition:

‘I think the concept is being redefined into cultural appropriateness and cultural competency, it is heading toward habits and customs and that will be its death (our emphasis). You know, its continued misinterpretation has meant that it has become more complicated than it was ever meant to be, it’s so important that it’s taught right, that they refer to the original report.’

According to the Nursing Council of New Zealand guidelines, cultural safety is defined as:

The effective nursing practice of a person or family from another culture, and is determined by that person or family. Culture includes, but is not restricted to, age or generation; gender; sexual orientation; occupation and socioeconomic status; ethnic origin or migrant experience; religious or spiritual belief; and disability. The nurse delivering the nursing service will have undertaken a process of reflection on his or her own cultural identity and will recognise the impact that his or her personal culture has on his or her professional practice. Unsafe cultural practice comprises any action which diminishes, demeans or disempowers the cultural identity and wellbeing of an individual.”

Cultural safety is defined and it is theorised. Its proper application can address the problem of the conceptual confusion that surely does beset the Australian health care system about all matters ‘cultural’, but this current situation will only add to it.

Those who think cultural safety is about service users’ culture/s have not studied the model. It is not just a couple of words to be defined and re-defined as people choose.

We understand that First Nations’ groups in Australian may see a need to develop a specific model or models to be applied specifically to First Nations’ contexts in keeping with determining approaches and outcomes, but our concern is that some other model would then be called cultural safety, but not be the model that is internationally recognised as cultural safety.

We are deeply concerned about the AHPRA public consultation on an impoverished definition, because the Nursing and Midwifery Board of Australia (NMBA) codes of conduct for nurses and midwives (2018) define cultural safety and very sensibly use it across a number of parameters including the specific instance of First Nations’ contexts and to which all the other parameters apply.

The codes makes cultural safety everybody’s business and does not expect those affected by racisms, structural disadvantage and various forms of discrimination to take carriage of transforming these circumstances.

Cultural safety places this responsibility firmly on the shoulders of those who stand to benefit by maintaining the status quo and who perpetuate those circumstances, and it advances a partnership model to do so. We are concerned that for some yet to be divined reason, there are those who want to wind back these significant advances.

Let us be clear, cultural safety is about the cultures of systems, professions and practitioners. It is about an ongoing individual and organisational self-reflective exercise. It addresses the impact that mainstream cultures, ways of doing business and social positions have on practice and on health outcomes for service users.

Cultural safety has a specific definition of culture encompassing worldview and lifeworlds aspects, which does not reduce it to ethnicity and ‘exotic’ ephemera but recognises the everydayness of culture and the import of the social construction of gender, class, race, ableism and cisgenderism in the creation and perpetuation of patterned inequality.

It is about positioning everyone as cultural beings, with values, assumptions and practices, by challenging ‘white’ as ‘normal’ and ‘acultural’ and everyone else as ‘diverse’ and ‘ethnic’.

Cultural safety is about confronting cultural dominance, racism and all forms of discrimination; it is about negotiating power and working in partnership. It is about historical literacy and acknowledging unearned privilege, status and wealth arising from genocidal invasion processes of racialisation and inferiorisation.

It is a philosophy, an epistemology and a practice. It is recognising that service users are the experts on any cultural needs they do have and that service givers need to have the humility to work with people and families to respond holistically to their unique needs.

It is about the professional acquisition of trust and a focus on the social determinants of health, not on individual life styles and choices. All of these bring about the respect and dignity in health service provision that everyone needs.

The Cultural Safety model is an ecological model that actually argues for the health care professional to take into consideration the socio-political reality of the patient – not the cultural stuff alone in isolation – especially not as it is interpreted within the ideological framework of multiculturalism, but rather, in terms of the political status and historical experiences of the patient/group with which one is dealing.”

Ramsden talked about   ‘…the consistent redefinition of Cultural Safety from a political to an ethnographic and idealised view’.

This is exactly the problem we are facing here and now in Australia.

Dr Leonie Cox is a Senior Lecturer in the Faculty of Health at the School of Nursing at Queensland University of Technology.

Dr Odette Best is Wakgun clan of the Gorreng Gorreng (Grandmother’s line), Boonthamurra (grandfather’s line) and Kombumerri of Yugameh Nation through her adopted father. She is Associate Professor in the School of Nursing and Midwifery at the University of Southern Queensland.