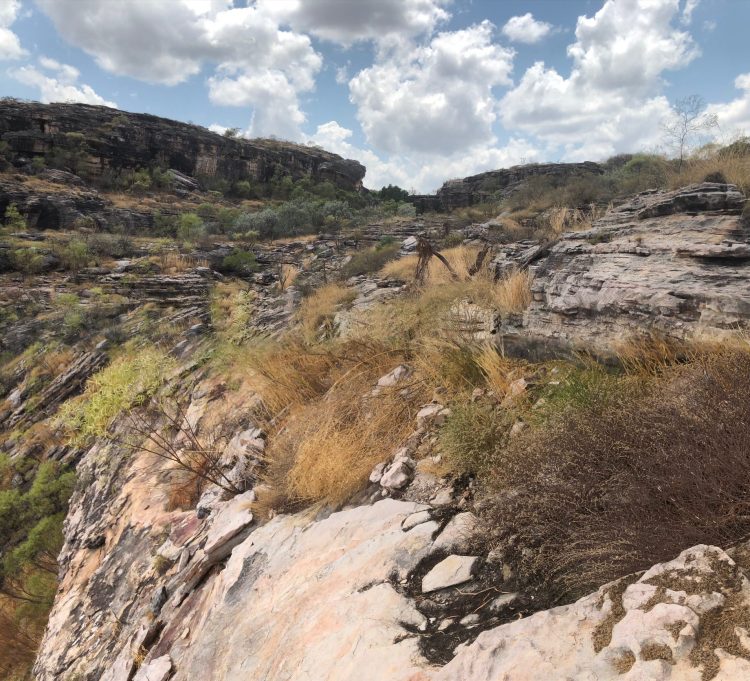 On the healing benefits of culture, community and country: Photo: Marie McInerney

Cut off from community and culture: people with disability caught in indefinite detention hell

As Croakey reported last week, the Royal Commission into Violence, Abuse, Neglect and Exploitation of People with Disability has been examining the indefinite detention of, and the overrepresentation of, people with cognitive disability in the criminal justice system.

As Croakey journalist Cate Carrigan writes below, that injustice and its individual toll was graphically shown in one case explored by the Royal Commission last week, of an Aboriginal man who has been cut off from community, culture and proper therapeutic supports.

A relative of an Aboriginal man with a cognitive disability who has been held in indefinite detention for 15 years has told the Disability Royal Commission he was given “shut up medicine”, held in a restraint chair and given limited access to his community and culture.

Winmartie (a pseudonym used in the hearing) was 16 when he killed his relative and sole carer in a remote community. Deemed unfit to plead, a jury returned a qualified verdict of manslaughter and he became subject to an indefinite custodial supervision order.

The Royal Commission into Violence, Abuse, Neglect and Exploitation of People with Disability heard last week that Winmartie was transferred to a maximum-security adult facility when he was 17 before being sent, nearly five years later, to a Forensic Disability Unit (FDU) in 2018.

His relative spoke of her concerns about Winmartie’s treatment in jail, saying he told her of being placed in a chair with a cloth placed over his mouth and that she was worried about him being placed in an adult jail when he was so young.

She also told the Royal Commission of trying to get staff at the FDU to learn language, offering to teach them, and of her efforts coming to nothing despite her concern Winmartie needed someone to communicate with him in his first language.

Winmartie’s legal guardian Patrick McGee told the hearing there were long periods when Winmartie was held in a small cell for up 23 hours a day.

McGee, who has worked with people with disability for over 30 years, said when Winmartie was moved to another part of the jail “his hands and feet would be shackled”.

The facility was operating on the security classification attached to the crime and not according to Winmartie’s disability needs, he said.

One example was the guards’ reaction to Winmartie banging his head against his cell wall in frustration.

McGee said instead of trying to change the behaviour through positive interaction, Winmartie would be left to bang his head for long periods of time, or the guards would pin him down or put him in a restraint chair – this happened 17 times between 2012 and 2015.

He was concerned no-one in the jail had the right training to work with Winmartie and of his frustration at the four and half years it took to have him transferred to the FDU.

McGee began discussions with the FDU around 2013 and “we all thought it was important that he didn’t continue to be detained in that maximum security prison”.

This resulted in Winmartie having weekly afternoon outings to the FDU’s secure facility before his eventual transfer.

The Royal Commission heard the “staged” transition was frustrating for Winmartie who would get agitated when he had to go back to the jail and sometimes reacted violently towards the guards when he was placed in a paddy wagon for the return trip.

Winmartie’s relative told the hearing that after the 2018 transfer to the FDU, she asked staff to reduce his medication because it made him “drowsy and sleepy”.

She spoke of the importance of Winmartie’s trips to community – always accompanied by FDU staff – saying “brothers, younger siblings, grandmas, nieces, nephews” came to see him and that he helped with the cooking and painted with younger family members.

The commission heard relatives would start packing up their cars towards the end of these visits to reassure Winmartie they were all going and stop him getting distressed as he did not like leaving.

However, on one occasion in 2020, an FDU vehicle packed up first and Winmartie became agitated and attacked a car, smashing the windows and windscreens.

After this, his relative said the FDU increased the dose of the “shut up medicine” making him drowsy and sleepy all the time.

The next time he visited community, six months later, Winmartie was unsteady on his feet and drowsy and the visit was cut short after he suffered a long seizure.

McGee said his relationship with FDU management had broken down over the use of chemical restraint as a means of handling Winmartie’s behaviour.

While McGee, a supervising doctor and family thought the risks of reducing Winmartie’s medication, such as provoking increased unpredictable behaviour, could be offset by giving him more access to family and community, FDU management disagreed.

McGee said Winmartie had recently been hospitalised as a result of the FDU not being able to manage his behaviour and that there has been a significant escalation in his seizure activity, and in his violence.

McGee wants Winmartie removed from the FDU, saying it no longer provides any therapeutic benefits, and that he and Winmartie’s relative want him placed in a house with carers, where community members and relatives could visit him.

Winmartie’s support co-ordinator said she like to see him spend a lot more time with his family. “This is a young fellow that grew up with culture. He grew up learning from the day that he was born who he is, who his family songlines are, what his story is, where he comes from, where his ancestors come from, the land that we sleep on is his ancestral land”.

She said when you live without culture “you’re not whole, you’re not full.  You can’t do who you are because culture is who you are.  It is part of your breathing, your living, your family, your stories …. It is the most important thing for our central desert mob family that his culture is brought back to him … a lot that has been lost because he hasn’t been with the family”.

The commission was told that Winmartie gets stronger with every trip home, remembering more happy stories told to him by the old men.

The Royal Commission’s hearing into the criminal justice system finishes this week with a follow up hearing due to be held later this year.

Disability and the Criminal Justice System

In its response, the Australian Centre for Disability Law estimated that 95 percent of First Nations people charged with criminal offences who appear in court have an intellectual disability, a cognitive impairment, or a mental illness.

The Law Council of Australia explained that behaviour associated with a person’s impairment, health condition and past trauma is often interpreted as difficult or defiant behaviour, leading to disproportionate interactions with police and the ‘criminalisation of disability’.

The Disability Royal Commission is seeking further public comment on its issues paper with individuals and organisations being encouraged to respond by March 20, 2021, although responses will be accepted after that date.

Declaration: Cate Carrigan worked with the Media and Communications Unit at the Disability Royal Commission in late 2020.

PrevPreviousNews media code is coming, but regulation of digital platforms remains a work in progress
NextSounds of equality – previewing the launch of the HearMe reportNext