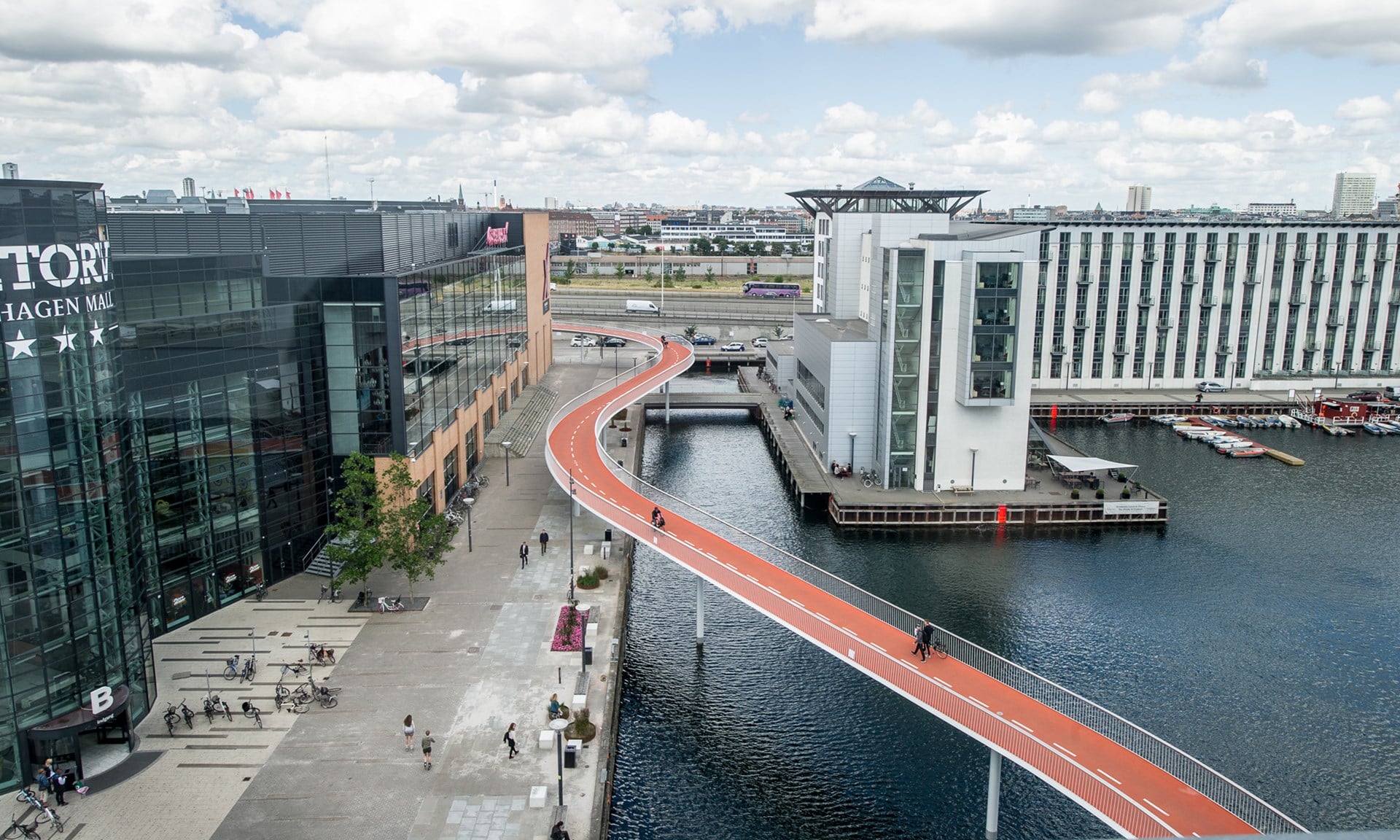 The ‘Bicycle Snake’ in Copenhagen separates pedestrians and cyclists, allowing both to navigate the city more safely./Cycling Embassy of Denmark/DISSING+WEITLING

To understand why Australian cities are far from being meccas for walking and cycling, follow the money. Our research has collated data for all the states and territories and our three biggest cities. We found that cycling and walking receive a tiny fraction of overall transport infrastructure funding. To improve cycling and walking infrastructure in our cities, funding will have to increase significantly.

The United Nations has recommended that governments dedicate 20% of transport funding to non-motorised or active transport. To see how Australia compares against this target, we looked at budgets for three capital cities and all the states and territories. Commonwealth funding was not included because the federal government only funds active travel as part of larger infrastructure projects.

Compared to the widely available expenditures for roads and public transport, it’s hard to pin down spending for cycling and walking. The data are spread across a myriad of documents, and entities report them differently. For example, walking infrastructure figures might be reported separately or bundled with cycling or road projects.

To gather the expenditures reported here, we had to draw on a variety of sources. Our data are not perfect or perfectly comparable across time and place, but do indicate relative spending levels.

This research considers Brisbane, Sydney and Melbourne. For a number of years, the Bicycle Network produced the Bicycle Expenditure Index (BiXE), which examined local government spending for bicycle infrastructure. Unfortunately, 2012 was the last year that BiXE was produced. Our analysis is based on the annual budgets for the three cities instead of BiXE.

Brisbane and Sydney have been allocating a very small portion of their transport budgets (6-9%) to cycling and walking. Brisbane has the lowest active travel rates of the three cities. Despite this, its budget for walking and cycling has slightly decreased in the current cycle.

By contrast, major change is under way in Sydney. In the 2019-2020 cycle, the council has set aside nearly a quarter of its transport budget to active transport.

As for Melbourne, the city is devoting more than half of its transport budget to footpaths and cycleway projects in the current budget period. But here too the allocated budget is projected to decrease in coming years to about 28% in 2020-2021.

Most of the Melbourne City funding appears to have been dedicated to footpaths rather than cycleways. This approach will not help increase cycling rates in the inner city, which have stagnated at about 5% in recent years.

The 2015-2016 state and territory budgets are disappointing in that they continue the trend of underfunding active transport infrastructure. The difference between active transport and road funding is staggering: most states devote less than 2% of funding to cycling.

All Australian states and territories are far below the United Nations target of 20%. The Australian Capital Territory (ACT), at 14%, is the only place that has made a real effort to meet the UN target.

Also, per capita dollar amounts devoted to active transport are low everywhere (under A$20 a year). As a benchmark, Copenhagen – regarded as the world’s best city for cycling – has spent A$30 per capita a year for the past decade.

In Australia, the ACT is an exception at A$79 per capita in 2016. In fact, the ACT has some of the highest cycling rates at metropolitan level (though this is only about 3%). Also, the Northern Territory had more than doubled its spending by 2016, rising to A$36 per capita from only A$15 in 2011.

The amounts spent “per helmet” are much larger. But, in most cases, this is only because cyclists make up a small fraction of the population.

Another way to look at road and cycling funding is “cents on the dollar” – that is, how many cents go to cycling for each dollar spent on roads. The typical amount is less than two cents – although Victoria has almost reached three cents in some years. The ACT’s spending is not shown on the graph because it is high and would distort the scale for the other states and territories.

The future of cycling in Australian cities

Australian cities are ideal for cycling and walking for most of the year. But cyclists and pedestrians are being short-changed while infrastructure spending continues to favour cars.

This situation reflects the blinkered vision that Australia cannot and need not be a world leader in active travel. Our cities, which have some of the widest roads in the world, are supposedly too difficult to retrofit for walking and cycling. Many older cities overseas have redesigned much narrower streets for active transport.

Not only is this vision shortsighted, it is sexist, ageist and classist. Cars cost their owners more than A$300 per week on average. This limits travel options for youth, low-income people and women. These groups are already vulnerable to transport disadvantage, and failing to fund cycling and walking projects can make their situation worse.