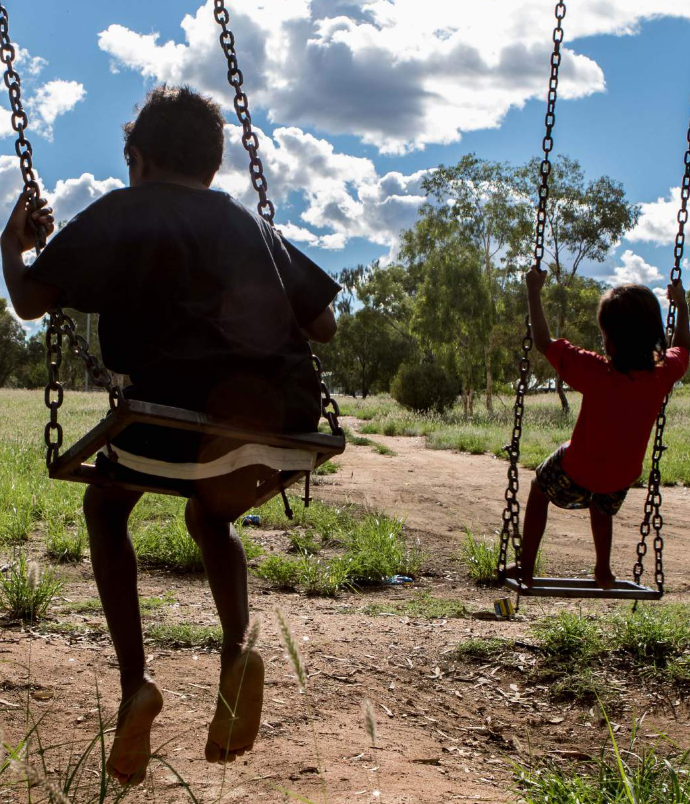 From the final report of the Royal Commission into the Protection and Detention of Children in the Northern Territory, handed down in 2017

Dangerous and unjust to lock out Don Dale children from Medicare

The Federal Government’s refusal to enable access to Medicare funding to the overwhelmingly Aboriginal and Torres Strait Islander youth detainees at Darwin’s Don Dale Detention Centre calls into question its genuine commitment to Closing the Gap, writes Olga Havnen, CEO of the Darwin-based Danila Dilba Health Service in the article below.

Havnen writes that the decision exposes the “hypocrisy and unjust logic” that underpins the government’s policies for First Nations health outcomes and is “especially dangerous” considering the significant health and developmental vulnerabilities of young people in detention.

There is an urgent need to redress the significant health disadvantages that First Nations people face.

However, the Federal Government’s inability to seize opportunities that would improve such dismal statistics brings into question its genuine commitment to the cause.

It was at this time that we wrote to Minister Hunt, requesting Medicare funding to expand the services we were able to provide.

Like other Aboriginal Community Controlled Health Services (ACCHS), Danila Dilba’s clinics ordinarily fall under a legislative exemption that enable access to Medicare funding in addition to other government funding in recognition of the poor health outcomes experienced by First Nations people.

In light of the fact that almost 100 per cent of the youth detainees at Don Dale are First Nations children, it was expected that the exemption would also be allowed for this clinic.

The government’s rejection of our request has once again exposed the hypocrisy and unjust logic that underpins its policy decisions concerning First Nations health outcomes.

The decision to limit the services available to the youth detainees at Don Dale is especially dangerous considering the significant health and developmental vulnerabilities of young people in detention.

There is a recognised high prevalence of neurodevelopmental impairment among children in the justice system.

A recent study at Banksia Hill Detention Centre in Western Australia found that 89 per cent of young offenders have a severe neuro-developmental impairment, and 39 per cent were diagnosed with Feotal Alcohol Spectrum Disorder. While the exact figures for children at Don Dale are not yet known, early indications are that it is at least as high as that found in the Banksia Hill study.

Not only would Medicare funding allow for broader comprehensive health services, but it would allow Danila Dilba to assist with the assessment and support for the high prevalence of neuro-developmental conditions.

Our staff have repeatedly seen the urgent need for expanded services to properly cater for the complex needs of children in detention.

It is well known that First Nations people are disproportionately represented in the criminal justice system nationally, making up 29 per cent of the prison population compared to just 3 per cent of the general population.

Astonishingly, half of all 10-17 year-olds in prison across the country are First Nations, and more than 30 per cent of First Nations men will come before Corrective Services.

In the Northern Territory almost all young people in youth detention are Aboriginal or Torres Strait Islander.

What followed was a commitment to bettering the treatment of children detained in detention facilities though the Royal Commission into the Protection and Detention of Children in the Northern Territory.

One of the recommendations to come out of the commission was to allow youth detainees access to Medicare-funded health care services. But in his letter to Danila Dilba, Minister Hunt explicitly rejected this recommendation, placing responsibility for funding onto the State and Territory governments but not engaging with the substantive issues of need raised by Danila Dilba.

With a daily average of 38 young people in NT detention centres in 2018-19, the cost of allowing Medicare billing is insignificant in the context of the Medicare budget of $29 billion per year.

However it is beyond the ability of an Aboriginal health service to subsidise this cost.

Access to Medicare billing would be a modest contribution from the Federal government that would in combination with NT government funding of the health service, allow Danila Dilba to make a real difference to health and wellbeing outcomes for a highly vulnerable group of young people.

Even if expanded nationally to all young people in detention, the annual cost to Medicare would remain insignificant.

If the government is serious about its commitment to Closing the Gap, then it would listen to the repeated demands of ACCHSs, researchers and government reports to expand access to Medicare-funded health services to vulnerable First Nations children in detention.

PrevPrevious“When you ask the community, magic happens”: a stocktake of public health in the pandemic
NextWishing your sources were wrong: When dire pandemic predictions come trueNext