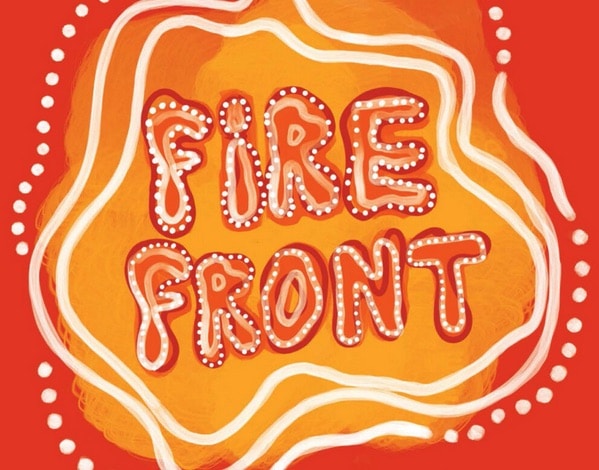 Below is an excerpt from Fire Front: First Nations poetry and power today, edited by Alison Whittaker (UQP, out now), published with permission and as part of our #CroakeyREAD series. 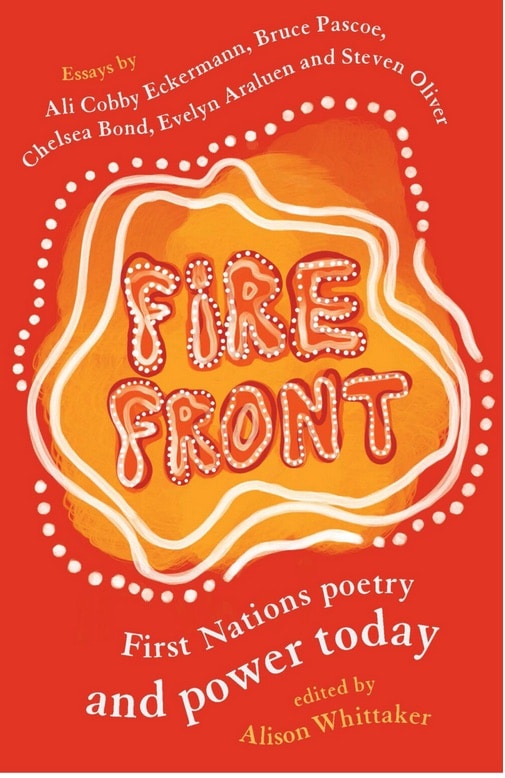 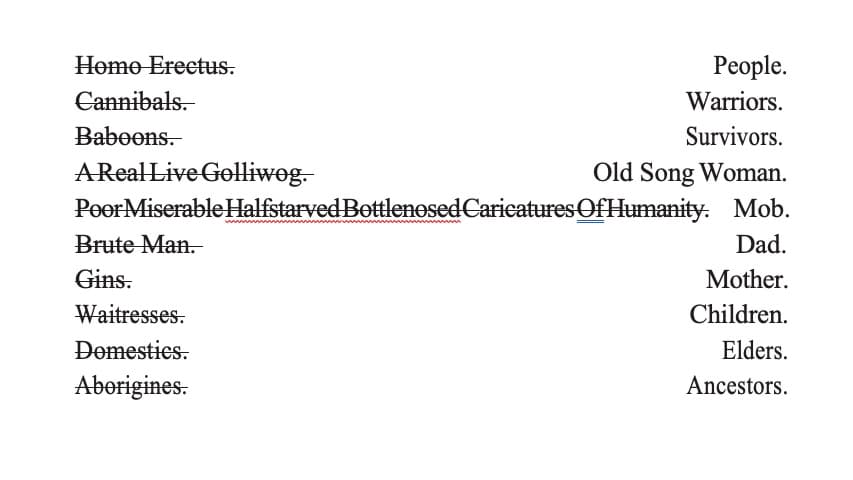 Her father was Bilin. They said he was the last of his tribe.

They were wrong, as you well know.

Ngulli yahnbai gulli bahn! [We are still here now!] But what does it mean to be here? now?

It certainly is a strange predicament to know oneself only as far back as that Ancestor that they insisted, among other things, was the last of us. My body here, now, in its being, tells the truth about our ongoing existence, or at least it tries to, every damn day.

I want to talk truth, not about it, rather I want to talk to  you truthfully, Ancestor. To speak truthfully, to externalise that internal dialogue, demands of us a public outing of our vulnerability. It’s something that I’ve typically resisted, not because I prefer lies, but because I want something to be sacred, reserved just for us. But maybe too I’m more familiar with a public truth-telling that relies too heavily upon strength in insisting upon our persistence as a people. I think I almost forgot that vulnerability was not weakness but an expression of our humanity too, in this place, here, now.

I remember when my dad passed away, I didn’t just grieve the loss of him, I also mourned the loss of no longer being known as one of Vern’s girls. For some reason, I thought that when he died, so too did my belonging, that my ancestry was somehow more faint. But it didn’t die or fade, it was my enactment of it that had to change. It meant that when family gathered, I would not follow in behind him, I now would sit at the adults’ table where he once sat. When my nanna passed a few years later, I realised that I no longer had living Elders in terms of my immediate family tree. When I grieved the loss  of her, I also grieved the loss of answers to questions that I never took the time to ask. I grieved the loss of stories that are now just pieces of which I can no longer go back and check to restore them whole, to be retold in full. Throughout my life my Aboriginal ancestry was known through them, their  stories,  their  experiences  and their connections to place. But they are gone.

I am still here, now.

It really is a most daunting prospect, the realisation of being the latest living Ancestor in your family tree. For too many of our families, we find ourselves made Elders before our time, simply because we are the last ones living here, now. To think of oneself in this way is not a hierarchical position within one’s family tree. No, it is a reminder of our mortality and eternity. To be the next, in regards to our proximity to that soil, the next to be returned to it, no longer as seed but as the root that sustains that age-old tree forever more. Neither last, or lost, but forever.

The latest living Ancestor, here, now, carries a responsibility not just of living, but to think deeply about what legacy will be left in that living. For it is our living, here, now, that will determine the strength of that tree, whether it will continue to grow, even when the soil isn’t particularly fertile, especially because it isn’t, here, now.

You see, they want so much for us not to be here, in fact that is what they have always wanted. In being named Aborigines, they sought to remake us as a doomed people, destined to die out, knowing us as anything but human.

How does one thrive in a world that wishes us dead?

I can’t help but think of the buttress roots that are in abundance on Mount Tamborine that sustain ancient trees in the thinnest of soils. You see those roots are as smart as they are strong, in seeking out the nutrients the tree needs, they grow taller above the soil, rather than digging deep down into it. Not only do they buttress those age-old trees, but they too grow wide so as to support those weaker trees that don’t have the same support.

I think to be a good Ancestor is to be like the buttress root. But if I am honest with you, most days I’m not sure what that looks like here, now. I wish I could live in that future time where I could see whether I was the right kind of Ancestor in the moment I was called to be in this place, if indeed I was everything you asked of me.

Just as the buttress root cannot go deep beneath the soil, nor can it climb to the canopy to see how high the tree it sustains will reach. I’m left to pretend that I know. I rely on the feeling of the force of those behind me. I too feel the weight of those I am meant to carry. Some days it feels too heavy. Some days it feels too lonely. Some days I’m tired of fighting, of having to search out nourishment in this soil, of pursuing a thing called justice so stubbornly despite not yet knowing what it actually is.

But I remind myself, those feelings of loneliness, hopelessness and uncertainty come from a degraded soil, not a degraded people. A soil that continues to underestimate the wisdom of our roots.

This world will insist that you be a good Aborigine. It will lie to you about who you are, and what is needed to sustain us as a people. But one thing I know here, now, is that no good has ever come from being a good Aborigine. The Aborigine, in its good or bad state, is always dying, lost, and never real enough. But the Aborigine was never real in the first place; it is of their imagining, not ours.

We were made to be good Ancestors.

Good Ancestors sustain the forest that they cannot clear. Good Aborigines, meanwhile, only ever sustain the institutions that insist upon our demise.

And so I tell you this, my dear children, never be the good Aborigines they insist you be, for it is in our being, as Ancestors, here, now, that we are still here, now.

Love from, Your Mum x

Associate Professor Chelsea Bond is a Munanjahli and South Sea Islander woman and a Principal Research Fellow within the School of Social Science at The University of Queensland. She has worked as an Aboriginal Health Worker and researcher in communities across south-east Queensland for the past 20 years with her work focused on interpreting and privileging Indigenous experiences of the health system, including critically examining the role of Aboriginal health workers, the narratives of Indigeneity produced within public health, and advocating for strength based community development approaches to Indigenous health promotion practice. Her current research supported by the Australian Research Council seeks to examine how race and racism operate within the health system in producing the persisting health disparities experienced by Indigenous peoples.

A/Professor Bond is a board member of Inala Wangarra (an Indigenous community development association within her own community), and one half of the Wild Black Women on Brisbane’s 98.9FM and NITV’s The Point.

Listen to a reading of “Dear Ancestor”. 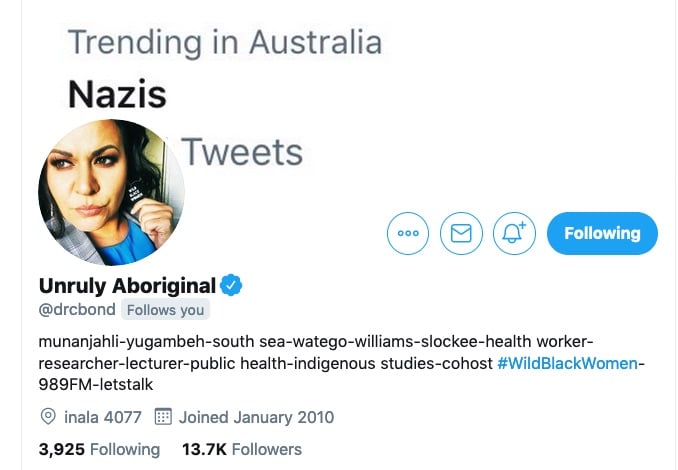 On climate health action, there is some news…