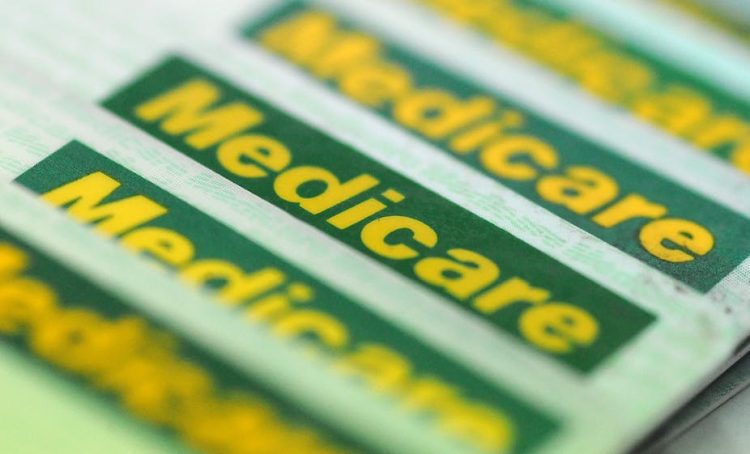 The debate over the use of Medicare data to recruit consumers for a study on bi-polar disorder continues with both consumers and experts expressing concern about the practice and calling for greater transparency from government in its management of personal health data.

In an article published in The Conversation, Bruce Baer Arnold, Assistant Professor, School of Law, University of Canberra and Wendy Bonython, Associate Professor of Law, Bond University, argued that the use of personal medical data to recruit study participants is both “ethically and legally questionable.”

Consumers have also come forward expressing their distress at receiving a letter from the government and argued that it could be particularly harmful for people in vulnerable situations, such as violent relationships.

However, there had also been support for the researchers and acknowledgement of the importance of supporting high quality studies into serious illnesses, such as bi-polar.

The Department of Human Services (DHS) has also released a statement to clarify its policy on the management of personal data and related privacy issues.

These views are summarised below.

Consumers and advocates have pointed out the wide range of unintended negative impacts that could result from the government using personal medical data to target consumers.

While the invitation letter may not have included any personal medical details, as Arnold and Boyd stated “Implicitly, its mail-out signals everyone on the list has a specific medical condition.”

For people with mental illnesses in particular this could be problematic, causing stress and potentially making their condition worse.  For some it might spark concern that a failure to participate in the study may somehow result in being refused care in the future.  Other consumers felt that it could add to the negative feelings they may have about themselves and their illness.

Arnold and Boyd described the DHS’s use of this data as “deeply disrespectful” adding “The fundamental issue here is one of trust, coercion and consent. People providing their personal information to the government, to access government services including prescribed medications, are doing so through necessity, not choice.”

Others have raised concerns about the effect of the initial letters on people who might have severe psychiatric disturbances, without supporting information about dealing with any stress it might call.

Investigating people via their medicare or PBS records. My HIV isn't exactly a secret, but I don't want data like that or mental health records shared. Apparently, trust is a key factor for e health acceptance. Not any more.

It caused much stress for people who thought their payments might be under threat if they didn't participate. Just like robodebt.

We think that using any government data to recruit for research, particularly research that could potentially be commercialised is problematic.

If I was a single mum, unsupported receiving this “devastating” heritable disorder research I would have thought my kids are better off without me

No safety message contained in the information and the “disorder” described as “devastating”. The population known to be a high suicide risk. Very concerning, how it cleared ethics I don’t know.

Concerns about the process

A number of commentators felt that the process followed by DHS was unethical, although it did not appear to breach any legislation or formal privacy guidelines.

Arnold and Bonython wrote “Problematically, DHS’s privacy policy does not indicate it will collect data for this purpose, or use collected data in this way. For DHS to use the information provided in a way that is outside both the reasonable expectation of those providing it, and its own privacy policy.”

*Edited to add: DHS disagree with this view, as outlined in their statement on this issue, and have asked for this statement by Arnold and Bonython to be removed.

Some commentators stated that DHS had breached the trust consumers place in their health care provider to keep their medical information confidential.  Others appeared unaware that the government already had access to Medicare and PBS data, raising the need for broader public education on this issue.

One tweeter made the point that this situation is fundamentally different from one in which a doctor asks a patient if s/he is interested in participating in a research study. The author of the original SMH story, Kate Aubusson, noted that this was not the first time Medicare/PBS data had been used to recruit research participants which further highlighted the need for some community consultation on this issue.

Arnold and Bonython rejected DHS’s reported response to questions from journalists, which was to state that people could opt-out of further mail-outs by emailing the department. They argue that this “…shifts the burden of good data governance onto consumers, rather than beneficiaries of it, for the sake of bureaucratic convenience.”

They also made the point that consumers do not really have a choice about providing their health data to the government, as otherwise they would not be able to access the health care they need.  “People providing their personal information to the government, to access government services including prescribed medications, are doing so through necessity, not choice. Failure to provide the information results in denial of access to the service.”

@rkrandall
The privacy breach is by raiding private prescription records of individuals and then sending letters to their home addresses.

The implied patient/doctor/pharmacist/ contract is that the contents of the prescription are confidential.

It’s a far cry from a treating doctor asking their Bipolar patient to consider participating in a trial.

Then, the patient could choose whether to allow access to government-controlled records like Medicare and PBS data.

I would be absolutely livid if the government could access what medications I’ve been prescribed in the last 5 years. I think it’s a total violation of privacy. It’s particularly sensitive information because lithium is a psychiatric medication. Mind blown ?

Yes, and this is not the first occasion that this type of recruitment method has been approved by HREC and deployed.
Researcher said some recipients were grateful for the opportunity to take part, which I don’t doubt.
But I can also understand the distress.

There was also some support expressed for the researchers and the overall goal of the research, which is to improve treatments for people with bi-polar illness.

Correct. And Sarah Medland has been researching people with mental illnesses her whole career – she is very sensitive to all matters re privacy.

I know, my daughter received one. DHS has access to medicare data, they used that to pinpoint these letters for lithium users for QIMR study invites (don't get me wrong, worth study), innappropriate when is a mental health + begs question what other 3rd parties assisted by DHS?

But on reflection, maybe this should not be a barrier -would be open to other viewpoints. For example, Australia has benefited from research on under-vaccination done this way – DHS contacts people who opt-in.

The implications of this incidence for other government initiatives using health data, such as MyHealthRecord, were also raised by some tweeters.

Arnold and Bonython raised broader questions about future data management practices.  They pointed out the value of government-held datasets, such as Medicare, describing them as a “goldmine of potential participants.”  They ask whether other can researchers expect comparable support from DHS in future and, if not, how DHS will decide between research it deems to be of merit, and research it deems to be unworthy of its assistance.

They warn that one possible consequence of continuing this practice is that Australians with data contained in DHS data holdings could be inundated with requests to participate in research, resulting in disengagement and research fatigue.

Their conclusion that this issue is about “trust, coercion and consent” rather than narrow legal definitions of privacy reflects the view of many consumers affected by this incident and indicates the crucial issues that need to be addressed to avoid similar problems occurring in the future.

This highlights issues I've raised re #MyHealthRecord Diffence is that this is within a tighter regulatory framework which is even more concerning.

I was concerned to see on the MyHealthRecord page of the myGov site a default setting permitting your data to be shared with 3rd parties. Unless you tick No, your data is shared. How many are caught out by this disingenuous default setting.