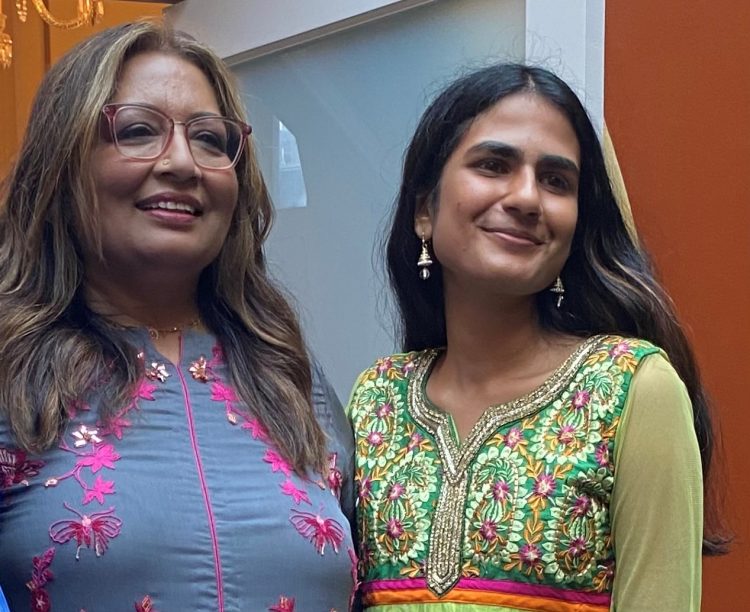 Introduction by Croakey: The voices of people of colour and Indigenous people need to be far more prominent in the environmental movement, according to 19-year-old climate activist Varsha Yajman.

Her speech, published below with permission, follows calls in the latest Intergovernmental Panel on Climate Change (IPCC) report for a greater focus on Indigenous knowledge and climate justice.

I would like to acknowledge we are currently on stolen land, the land of the Gadigal People of the Eora Nation.

Being a South Asian Australian, I acknowledge the inherent settler privileges I have as I live and work on unceded Indigenous land. While we demand visibility, it cannot be done in good faith without listening to and learning from Indigenous peoples of so-called Australia.

My entire world revolved around satisfying the Eurocentric standards of dressing a certain way, acting a certain way and just existing a certain way. Only in the past year have I become comfortable in my skin, embraced my culture and truly began the process of decolonising my mind after 18 years of being told that being white is what it means to be worthy.

For me this journey began amid the 2020 Black Lives Matter protests, allowing me to recognise the privileges I have in comparison to so many and the effect of systemic racism in my own life. I began to question how much of my hatred for my own culture was because of me and how much was caused by the everyday microaggressions, my environment being underpinned by colonisation?

In doing so, I began to realise that my experience as both a climate advocate and an Indian woman who has had an eating disorder was, to a great extent, rooted in racial injustice.

I never thought climate justice and mental health could be related but in decolonising my mind the connection is impossible to miss.

I began in the climate movement in 2018 with what I would consider a relatively diverse group of people. However, as I made my way further into it, it became filled with white inner-city teens who were privately educated, who I felt immediately inferior to.

I was very privileged in having opportunities to do media etc but it always felt like I was doing something wrong. Now I realise that maybe it was due to the colour of my skin. I spent three years in this space without ever mentioning my story as a South Asian woman about what it was like to be a woman of colour in a space that seemed to be woke but was underpinned by colonialism.

In meetings and panels discussing climate change, I was sometimes the only person of colour. I would listen to the people around me talk about the importance of intersectionality and elevating marginalised voices but see no steps to achieve this.

I just assumed this was just how it was. It never occurred to me that this was not OK. My idea of justice and intersectionality became buzzwords, not practices being lived out in reality.

I would listen to people talking about how we need to support countries like India and China because they are developing and do not “understand environmentalism”. However, environmentalism in these countries was driven decades ago in their land practices, diet, and by people such as the Chipko movement in India, which saw non-violent protests for forest conservation.

Climate justice means looking beyond solutions of renewable energy and a just transition as a solution to the world’s climate crisis to understanding that not every country has the means for that to be their solution. In countries like India, Bangladesh and Pakistan, what we need is community-led solutions. Many towns do not have access to electricity so how can we expect them to transition to renewable energy? These significant nuances are missed when white people speak for us.

To create awareness of people-centred solutions and increase representation of South Asians, some fellow South Asians and I created the Sapna South Asian Climate Solidarity climate justice group. SAPNA in most Indian dialects means a dream.

I have realised that the current environmental movement is created by and for the privileged. It does not acknowledge or amplify the voices of people of colour, Indigenous people, Black people or those on the frontlines of climate change. Our dream is for this to change.

Working as a coordinator at SAPNA to create a space for South Asian climate advocacy has allowed me to unpack the internalised racism I have carried with me for the past 19 years.

Changing this means time researching, talking and processing that one solution is not the bandaid to all. Together we are examining how caste and gender shape who is affected most by climate change and fighting to address these inequalities. Our work focuses on providing a platform for South Asian stories rather than overshadowing them.

It’s meant having difficult conversations with our white allies in the environment movement, but it is only through these conversations that we actively achieve justice.

For many, an eating disorder is bigger than achieving a certain weight. For me, it was leaning into an aspirational ideal of honorary whiteness, which I thought I could achieve if I ate salad, skipped meals and was just skinnier. At least that’s what they tell you in mainstream shows, movies and magazines like ‘Dance Academy’ and films about eating disorders that glamourise the experience.

A lot of my mental health struggle began in high school – the severe lack of people of colour in my grade; sometimes being the only person of colour in my class. I was part of a friendship group that just by ‘coincidence’ was made up of the Asian girls in my grade – but the fact it was the ‘Asian group’ was something I never noticed until I finished high school.

Being part of this group meant fulfilling the model minority. It meant being bright, high-achieving students who were studious and ‘excelling’ academically. It felt like that was the only contribution I could make to my cohort’s cultural ethos. It didn’t matter how I looked, but just what rank I was in class.

But my grades weren’t perfect, and the more I realised I couldn’t fulfil those expectations, the more I turned towards my eating disorder to cope. I spent years of my life thinking, “What is wrong with me? Why am I not like these other girls?” I always thought, “I’m not pretty enough, I’m not skinny enough”.

Now I realise I was not white enough.

It was a repetition of what happened to me in the climate justice space.

And yet again it was because people did not take the time to understand the cultural differences and recognise that maybe we were not all the same.

We would have spokespeople from mental health organisations talk to us at school about mental health. As grateful as I am that my school offered this, the solutions they had were never of use. Don’t tell me to have a conversation with a trusted adult, tell me how I can even approach the subject. Sometimes they would say “Call a helpline”. My first thoughts would be: “Surely the call won’t be anonymous, what if my family finds out, what if this gets blown out of proportion?”

My family struggled to understand the complexities of my eating disorder and instead reminded me of the malnourished kids in India and that I should be so grateful to have food. When I tell people about this, they immediately think that Indian culture is too ‘conservative’ or that my family does not have empathy. I used to think that, too. I would dream of having a white family that would just understand me.

Being a migrant means adapting to a whole range of customs and values on both sides and being put in situations that are often unheard of for non-migrant adolescents. And this leads to the guilt. For most South Asians I know, there is a sentiment of guilt surrounding seeking mental health support.

I have been very lucky to have regular psychologist appointments and the things I need to cope with my mental health. I owe this to my really supportive mum with whom I am essentially an open book. However, this does not mean every conversation is easy for both of us. Over time I have realised that I need to acknowledge two things:

But after the fights and tears and all of that, there is a closeness to our relationship, and an understanding that allows both of us to deal with the complexities of an invisible illness.

Reach out for help

Whether those around you acknowledge mental health issues or not, take the step to visit a professional, to reach out if those around you cannot or simply will not provide the support you need. Being a person of colour does not make you immune to mental illness.

So my experience as a woman of colour in climate justice advocacy and dealing with an eating disorder are rooted in the same values of justice. I have realised that justice truly means not just equality but recognising the barriers we each face and creating space for solutions.

I am so thankful to Mehreen for empowering so many women to be loud, proud and be unapologetically themselves. Thank you for wearing traditional clothing to Parliament, for writing the gritty truth about being a Muslim Pakistani in Parliament and for the opportunity to share my story.

The Guardian: Grace Tame and Brittany Higgins are supremely admirable, and the acceptable white faces of Australian feminism. Sisonke Msimang writes that Black women in this country have always stood at the forefront of struggles for justice and equality.

Future Women: Change is coming for women in Australia but will it include all of us, asks Madison Howarth.

PrevPreviousIPCC reports still exclude Indigenous voices. Come join us at our sacred fires to find answers to climate change
NextForged on the frontlines: reflecting on a unique cohort graduating into healthNext