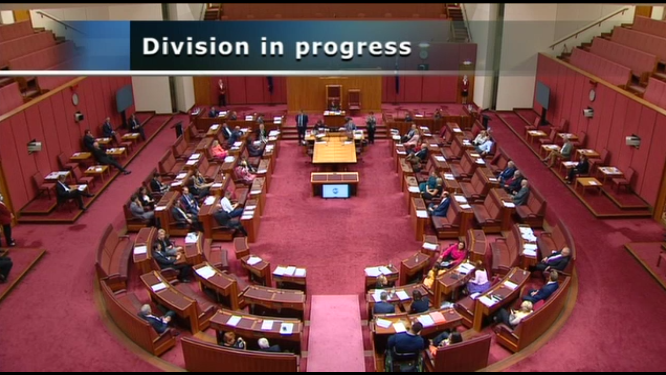 Senate vote on the proposed merger

Aboriginal and Torres Strait Islander groups and other legal and social groups have expressed dismay about the merger of the Family Court with the Federal Circuit Court, after the government bill passed through the Senate overnight with the support of One Nation’s Pauline Hanson and Malcolm Robert and independent senator Rex Patrick.

The passage of the Government’s flawed merger bill by the barest of margins is a disappointing outcome for Australian children and families and tasks Australian judges with an impossible task.

The Law Council of Australia, Women’s Legal Services Australia, Community Legal Centres Australia and the National Aboriginal and Torres Strait Islander Legal Services are among more than 155 stakeholders who have consistently opposed the Government’s bill to abolish the specialist, stand-alone Family Court out of concern it would harm, not help, Australian families and children.

For three years, we have put the merger proposal to proof. Not because it was popular to do so but to put to challenge a fundamental change that will directly impact on Australian lives and hard-working judges because it is our job to advocate for the best outcomes for children, families and victim-survivors of family violence.

We disagree with the Government, Senators Patrick, Hanson and Robert in relation to the claimed benefits of the merger, which are based on the widely discredited PWC Report and disputed by many stakeholders. There is much more evidence to support the damage that will be done by the merger, including harm to families and people experiencing family violence. The Government and new Court will be under heavy scrutiny to deliver court efficiency, resolve 8,000 additional cases, reduce costs, reduce the time separating families will spend before the court and reduce delays, even allowing for the impact of COVID-19.

Despite the significant backlogs facing the Courts and shortfalls in judicial officers, the Government voted against two motions on Wednesday to guarantee a minimum number of judges in the new Division 1 at either the Family Court’s current strength of 32 or the 40 judges that are at least required to meet existing need.

Those voting for the Bill have tasked the Court to deliver the projected outcomes with fewer resources than are needed to do the job. It was confirmed in the Consideration of Detail stage of the bill that there are currently eight judicial vacancies in the Family Court and Federal Circuit Court which have yet to be filled. At least ten judges practising in family law are to retire in 2021-22.

Like many others, we have warned of the dangers this legislation poses for the most vulnerable in our community at a time of relationship breakdown. We now call on the Government to step up and properly fund the family law system and legal assistance, and to repair the years of government neglect of this critical infrastructure.

We will continue to do whatever is possible to support the new Court in the delivery of justice to Australian children and families in this most critical of areas.

While we respect the will of the Parliament, what is disappointing about the process has been that the advice of highly respected experts has been consistently disregarded. Despite this, many have stood up to make their voices heard, made written and oral submissions and representations to Parliamentarians to seek to inform public debate and assist the Parliament to consider this bill. We thank stakeholders who have engaged in discussions about this important issue for their contributions and their tireless advocacy for Australian families.