Developing a Global Health MOOC: what does it take?

The course – which can still be accessed here – was part of the first run of MOOCs developed by the University. Below is Dr Battams’ detailed overview of the process and outcomes of the course, which concludes that it is a useful, disruptive innovation that Australian universities should consider embracing.

“It is an opportunity for universities and academics to test their capabilities and explore ways to engage a general audience in an online, student-centric learning environment.

MOOCs also have the potential for democratisation of learning and intercultural learning. Branding and visibility for universities internationally is also an aspect of MOOCs.”

(Croakey would like to hear from any other Australian academics who have been involved in developing MOOC courses in the health and medical fields.) 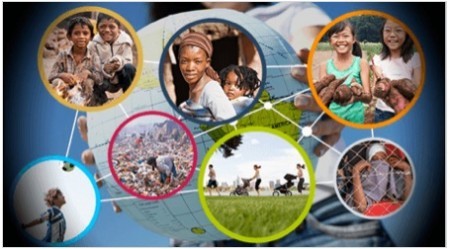 The course was developed across 6 months and resulted in an 8-week online global health course ran through the Coursera platform.

This included the development of a course guide, identification of key and optional readings, obtaining copyright permissions, weekly interactive learning activities and assessment, peer assessment activity, liaising with 36 presenters – a third of which were from international organisations and NGOs based in Geneva, negotiating intellectual property contracts, and placing the course online.

The course received positive feedback from colleagues and a highly culturally diverse group of students from across 175 countries. Students were also diverse in terms of educational background; whilst a large majority had Masters and Doctoral degrees, over 10% had no tertiary (or even secondary) education.

The challenges and positive aspects of developing this course are explored, along with the rationale for its development and the motivation of student participants. These included the diversity of the students, peer assessment, partnerships developed through the course development and implementation stages, technical issues, and pulling together a range of presenters working across disciplines.

Background
The mission of the Coursera platform is that “everyone has access to a world-class education.” According to one estimate, the mean number of participants in a MOOC is 33,000 (Kolowich, 2013).

However, there are claims that MOOCs will not expand education in developing countries (Bates, 2012). This is partly due to the “digital divide’’ – where only 31% of the population is online in low income countries (ITU, 2013).

MOOCs provide the rare opportunity to reach a large number of students in a diverse range of countries. MOOCs have nevertheless been criticised for ‘’neo-colonialism’’ where only some control knowledge (Altbach, 2014).

In the UNIGE global health course, only one presenter was from emerging economy. However, there were also gendered patterns when it came to teachers and students; only 19% of presenters were female, whilst 60% of participants were female (on average 60% of Coursera students are male).

MOOCs have also been criticised for low completion rates (average 10%), a lack of certification (no market value) and the fact that they can be based on old pedagogies – e.g. ‘’drill and grill’’ behaviourist pedagogy (Daniel, 2012).

There are also philanthropic as well as business motivations for their development (Yuan & Powell, 2013). However, most MOOC professors/developers think that courses are as academically rigorous as regular university courses (Kolowich, 2013)

The UNIGE course
The UNIGE MOOC on global health was the second only Coursera course on Global Health – and ran concurrently with the first (Uni of Copenhangen). The course was developed across 6 months, whereas the average time taken to develop a MOOC is around 1.5 years.

I was employed as a Course Director (1 x day week during the development stage, and half time during its implementation), and there was also a half time course assistant. An advisory group oversaw the process – this consisted of UNIGE staff; Professor Louis Loutan, Professor Antoine Geissbuhler, Dr Slim Slama, Dr Didier Wernli, Dr Ruiz de Castaneda, Dr Pablo Achard, as well as myself.

There was also an element of ’herd instinct’ (Daniel 2012) in its development –the MOOC phenomenon had just reached Switzerland and the prestigious EPFL had just joined Coursera. Its development was also a directive from the Rector (Vice-Chancellor). It was one of the first four MOOCs for the university, the topics and timing being ‘’top down’’.

The course itself was 8 weeks and was a ‘’flipped classroom’’ model – whereby students were asked to first read the comprehensive learning guide for each week before watching videos and engaging in the weekly quiz, and then reading weekly journal articles and engaging in the online discussion forum.

There were 4-8 weekly videos; one third of 36 presenters worked directly for international organisations and NGOs, including the WHO, WTO, UNDP, Medicines Patent Pool, International Union for Conservation of Nature, The Graduate Institute, Geneva, and a UN Special Envoy.

Participants were also interdisciplinary, coming from the fields of medicine, public health, law, sociology, political science, environmental sciences, etc. There were weekly multiple choices quizzes based on videos and a final peer assessment, where students had the choice of one of 3 essays, which required demonstration of critical reasoning skills. Students were provided with a rubric for peer assessment, and were required to assess the work of four peers. A pre (n=2003) and post-test (n=306) survey was sent to course participants.

Participants
According to the pre-course survey, students undertook the course to expand their previous knowledge (41%) or to gain some initial knowledge in Global Health (18%), or were thinking of future formal studies in Global Health (12%). More than half of the students had previous experience in e-learning (56%), whilst for one third it was their first MOOC.

Of the 15, 438 who registered, only 7970 actually visited the course and 5212 watched at least one lecture, whilst 1972 completed an exercise (i.e. quiz). Around 75-80% of those who watched videos for each week completed the quizzes each week.

Around 44% of students were aged between 20-39 years, and there were double the students in the age category 20-29 years when compared to the Coursera average. This could perhaps be explained by the high unemployment rates among this age group in some European countries; 24% of participants were unemployed. A high proportion of participants were students of other courses; 24% were FT students, 14% PT students.

The participants were also a highly educated group: 38% had a Masters and/or PhD/Doctorate, whilst 34% had a bachelors degree. Around 13% had no degree. The high rate of education could have been a factor in low retention a high number of participants could have been from ‘’other institutions’’ – checking out the course, without viewing videos (see Daniel, 2012).

Students who completed the course were highly satisfied and engaged; these students were likely or very likely to recommend this course to a friend (97%). Interaction with instructor/s (90%) and other students (83%) were also rated very positively. Typical comments included;

One of the best aspects of the course was the diversity of students; this led to students being exposed to a diverse range of people/examples/stories in global health. There was rich commentary on a discussion board – commentary that should ideally be moderated, especially given the diversity (some courses did not moderate student discussion forums).

Through the course, students established Facebook and GooglePlus networks; there are over 300 members in the FB network, which continues to grow. There were also study groups set up in different cities.

The course provided a format that appeared to be successful in creating a positive, empowering adult learning environment, however the extent to which personalised learning occurred was difficult to ascertain (see Bates, 2012).

Up to 9 months after the course I still get emails from students telling me about further studies they are taking in public health.

Other positive aspects of the course included its interdisciplinary and cross-sectoral nature. This required negotiating with presenters, and providing curriculum to provide the context for individual presentations. The staff also provided access to staff/insight from international organisations.

The MOOC also facilitated face to face learning; one NGO, Partners in Health, utilised the course in Rwanda by downloading videos and driving these out to rural areas, thus providing access for 60 of their own staff and local Health Ministry workers, and supplementing sessions with discussion groups.

Some of the challenges for the course included pedagogical challenges. Assessment of learning is challenging in this environment (Gooding et al., 2013) and there were difficulties in getting the ‘’level’’ of final peer assignment right in such a diverse environment.

The UNIGE instructional design team had little experience with MOOCs, and so there was little pedagogical assistance in the development of the assessment. Another university rubric was used as the basis for assessment (Orrell, 2003) with permission, however this may have been a bit difficult for some students.

Some students chose not to use the course guide and engage in group discussion, and focused on videos/quizzes. Some Professors also appeared to be unsure how to target the general audience and may have been inexperienced in online teaching.

Student expectations of the course/presentations appeared to greatly differ, based upon their previous experiences with online learning.

There were also pressures brought about by the time constraints of the course development phase: for each video, a legal agreement had to be signed with the presenter.

This was a challenge for some international organisations that had stringent rules of engagement with partners (one organisation gave permission on the Friday before the course ran on the following Monday). Time to gain copyright permission was also required.

There were also technical/infrastructure issues: over a quarter (26 %) who did not successfully complete the course referred to weak and unreliable internet connections as the reason they did not complete. (c.f. 33% participants from emerging economies).

Conclusion
I agree with the perspective that MOOCs are ‘’disruptive innovations’’ that may challenge current business models or way courses are delivered (Yuan & Powell, 2013).

Significant resources are freely available to students through the MOOCs (and often videos are expertly developed), creating new expectations – universities offering online learning (an increasing trend in higher education) should be aware of this new environment. MOOCs also provide the opportunity for universities to develop partnerships with external bodies. They need to be prepared to capitalise on the MOOC (via offering further study options immediately following the MOOC).

This global health MOOC was only able to be developed within the short time frame due to existing infrastructure and resources within the university, including the Professors working across disciplines who participated in the MOOC, as well as the knowledge and networks of those in the advisory group.

The resources of the existing online support team at UNIGE and ‘’prior knowledge’’ and networks of course developers were crucial to its development. Teams for assistance with pedagogy for online teaching are also necessary.

There is much hype around the potential of MOOCs, however there are challenges in ensuring that these promote access to education for all.

Whilst there were technical issues (most likely in low income countries), which affected the ‘’reach’’ of the course, in one example the MOOC provided a basis for face-to-face learning (facilitated by an NGO) in an area where there was little access to university.

The platform provided wide access and real world examples for students of global health, through rich peer interaction from participants across the globe.

Daniel, J. (2012) Making Sense of MOOCs: Musings in a Maze of Myth, Paradox and Possibility, Journal of Interactive Media in Education. http://www-jime.open.ac.uk/jime/article/viewArticle/2012-18/html/

Kolowich, S. The Professors who make the MOOCs. Chronicle of Higher Education.