Dr Peter Arnold, author of this book about South African doctors who have migrated to Australia, continues the discussion below.

Economist Gavin Mooney, for whom I have considerable respect, should look at all the facts.

His piece, “Australia steals doctors, nurses from where they’re needed most needed”, might, like the recent article in the BMJ by Mills et al, paint an accurate picture in terms of dollars and numbers, but it completely overlooks the personal facts about the migrating doctors.

As my recent survey of 469 South African medical graduate immigrants* has revealed, as I have written in both the Journal of the Royal Society of Medicine  and the BMJ, and as has been appreciated by the editor of the South African Medical Journal, doctors usually leave sub-Saharan Africa because they are “pushed out” by many factors.

Few are “pulled” to Australia. Mills et al have subsequently acknowledged this aspect of the problem.

There is nothing ‘unethical’ or ‘unconscionable’ about any person deciding to leave home and hearth, family and friends, colleagues and career because of circumstances hindering their practice of their profession.

Corruption, diversion of money into armaments and the associated degradation of health and education infrastructure, crime, and now reverse discrimination (against whites in South Africa and Zimbabwe) make for compelling reasons to emigrate.

Having decided to leave, many choose Australia above other host countries. For Professor Mooney to refer to ‘stealing’, whether or not in quotation marks, is a slur on those doctors who felt compelled to emigrate.

The first waves of migration from South Africa (following the 1948 election of a pro-Nazi government and the 1960 shootings in Sharpeville and Langa) were triggered by abhorrence of apartheid. Either we defied it (and went to gaol), remained and benefitted from it (unconscionable) or left the country as soon as possible – in my case immediately after graduation in 1961.

The third wave followed the Soweto massacre of schoolchildren, which confirmed the relentlessness of the white government shown in 1960. The ‘civil’ war against ‘terrorists’/’freedom fighters’ on the country’s borders in 1985-1986 made many who could not support an unjust war leave the country.

Finally, the release of Nelson Mandela and the assumption of power by the African National Congress triggered the current wave, many of whom feared Mugabe-like retaliation – a fear which, with South Africa’s now almost unparalleled rates of murder and rape, is not unreasonable.

Please, Professor Mooney, look at all the facts, and then, following the advice of your eminent Economics predecessor, Maynard Keynes, please change your mind accordingly.

I refer any interested reader to the links above or to my book, available from Lesley McKay’s Bookshop, Woollahra, NSW. Ph: 9328 2733. 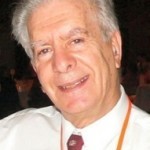 Peter Arnold left South Africa immediately after graduation [Witwatersrand, 1961] in protest against apartheid. He worked in general practice in Sydney for 25 years and has a long history in medical politics and writing. He chaired the AMA’s federal council from 1995 to 1999, and is Former Chair, Registration Committee, NSW Medical Board.

He is author of the 2011 book: A Unique Migration: South African Doctors Fleeing to Australia, and co-author (with Colin Tatz and Gillian Heller) of the 2007 book: Worlds Apart: The Re-Migration of South African Jews.

Now retired, he says his “last, most satisfying career”, is minding grandchildren when their doctor-mothers returned to work. 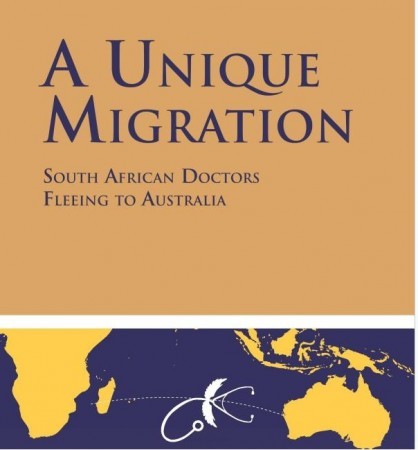