Aboriginal Community Controlled Health Organisations (ACCHOs) have a wide-ranging impact upon community wellbeing that extends far beyond the delivery of health care services.

They also enable the development of community capacity and leadership, and thus have a positive bearing on the wider determinants of health and wellbeing. 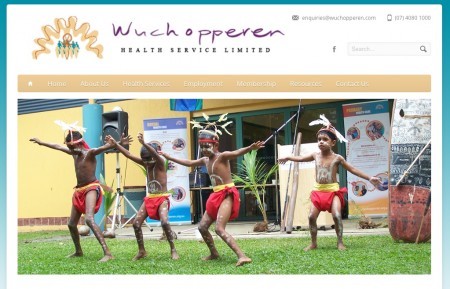 These are among the findings of a study of the Cairns-based Wuchopperen Health Service that was led by Dr Scott Davis, whose PhD was recognised at the CRANAplus conference in Darwin this week.

“The role of Aboriginal community controlled organisations in improving health outcomes within Indigenous communities in Australia is well described within the literature,” he said.

“However what is less well described is the impact of Indigenous self-determination and community controlled principles used by ACCHOs as a framework for the development and operations of ACCHOs.”

Dr Davis said the study found Wuchopperen had enabled a big increase in community leaders over the past 30 years, not only in a traditional cultural context but also in empowering people to lead on specific issues, such as maternal and child health.

“The service is an enabler by giving people the opportunity to participate in committees and working groups, and over time that builds capacity,” he told Croakey.

Wuchopperen had also helped to grow three other ACCHOs in the region, which are now independent organisations but came from this “mother organisation” that helped to propagate them.

“Like a pebble thrown into a still pond, the changes that have been observed ripple through the community, in that the impact of these changes have had a profound effect on the Indigenous population, beyond those who access the services provided by ACCHOs,” Dr Davis said.

“It is argued that these changes can be looked at from the perspective of community capacity restoration…ACCHOs are, by nature of their connection and shared values with the community, key to improving their community’s capacity to effect change.”

While Wuchopperen is widely recognised as a successful organisation, Dr Davis said he expected the findings were generalisable to other ACCHOs and community controlled organisations.

“I suspect there are lessons that can be learnt out of this, which, if we were to test in other community controlled organisations like land councils, you’d probably identify similar findings,” he said.

The study, which began in 2006, is based upon in-depth interviews with community members and identifies 32 “stories of change over time”.

Dr Davis said one of its important outcomes was that Indigenous health workers had received training to work as associate researchers in contributing to the study by conducting and analysing interviews.

As a result of this approach, the associate researchers involved in the study had commenced further education, from Vocational Education and Training to undergraduate studies within universities. 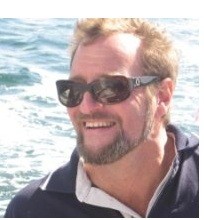 Dr Davis said this reflected his commitment to reciprocity – that researchers should give back to communities. “This is a reciprocal relationship, as opposed to the classic way white fellas research Indigenous communities,” he said.

This was also a critical aspect of an Indigenous methodology, he added. “It’s not just about hearing their voices but about being active participants in the research process, informing the questions, analysing the data, making sure that is contextualised from their world view.”

Dr Davis said there had been a noticeable shift in the power dynamic between researchers and Indigenous communities over the past decade.

“As people are feeling much more empowered, they’re feeling more confident about challenging researchers about ‘what’s in it for me’?. It’s a fundamental shift in the power relationship between academics and researchers.”

• You can track the CRANAplus conference coverage here.

PrevPreviousResearch highlights the resilience of remote area nurses
NextAccess all areas: Time for a new solution to primary care access for rural AustraliansNext