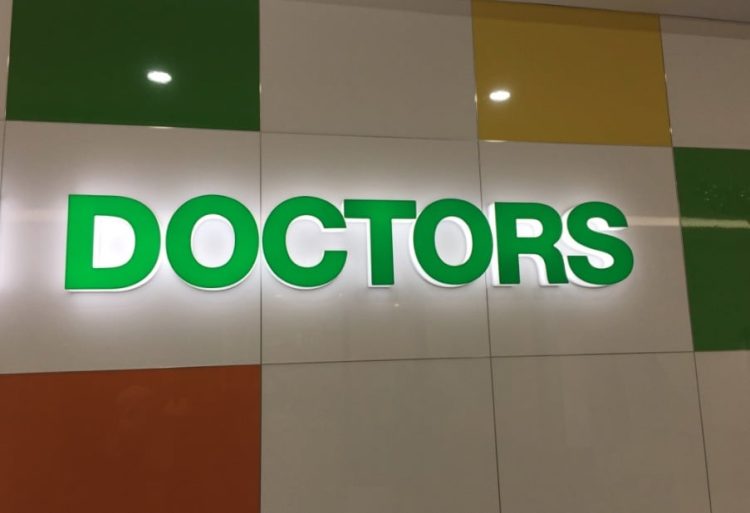 On the business of medicine

Doing the numbers on doctor shortages

If Scott Morrison is looking for a way to make his mark as a Prime Minister for health, Jennifer Doggett is here to help.

Introducing geographical Medicare provider numbers would help address the shortage of doctors in rural and regional areas, writes Doggett in the article below, first published by Inside Story.

“With this one simple move he would also solve one of the most intractable and enduring problems in Australia’s health system,” says Doggett, a Croakey editor, and Chair of the Australian Healthcare Reform Alliance.

Australia’s health system faces many challenges: rising rates of chronic disease, increasing out-of-pocket costs and the threats posed by climate change, to name but three. Dealing with them will require a complex mix of strategies involving multiple interest groups, significant expenditure, cross-jurisdictional action and a sustained effort over many political cycles.

But one endemic problem — the shortage of doctors in rural and regional areas — could be solved almost immediately by the federal government. This shortage, which has persisted since the early days of European colonisation, is not a problem of supply. Australia already has more than enough doctors to go round. In fact, at 3.6 doctors per 1000 people, we exceed the OECD average (3.4 per 1000) and the ratios in comparable countries including the United States, Britain, Canada and New Zealand.

The problem is distribution. Many doctors choose to work in areas already well served by existing medical practitioners, and this leaves other communities, primarily those in rural and regional areas, without sufficient doctors to meet demand.

In its most recent workforce survey, the Australian Institute of Health and Welfare found that the number of medical practitioners per head in rural and remote areas was 2.5 per 1000 people compared with 4.1 per 1000 in urban areas. If the poorer health status — and therefore greater need — of people in rural and remote areas is taken into account, the doctor gap is even wider.

Fewer doctors equals less care, and less care equals poorer health outcomes. Unequal access to healthcare is a major reason why rural Australians have higher rates of illness and injury and die earlier than those living in cities. The gap isn’t just about a lack of access to emergency and acute care services. Even when diagnosed with a chronic illness or disability, rural Australians have poorer outcomes than people in regional and urban areas.

Research from the Breast Cancer Network Australia, for example, has found that women are at greater risk of dying from breast cancer if they live in a rural area. As the researchers noted, this may well be because women in rural and remote areas have reduced access to health services and have to travel greater distances for treatment.

As well as the human cost, rural doctor shortages place a burden on health budgets. The 2018–19 federal budget allocated $550 million to rural workforce incentives, most of which was aimed at attracting and retaining doctors in rural areas. Successive governments have also invested millions into rural medical schools, and have funded rural health infrastructure grants and other incentives to lure doctors to areas of need. It could also be argued that the Medicare funding going to doctors working in oversupplied areas (around $250,000 each per year) is also part of the cost of the rural doctor shortage.

Programs aimed at attracting doctors to rural areas have many benefits, of course. Exposure to rural practice during training can give medical students a broader outlook and more diverse experience, improving the quality and flexibility of the medical workforce in both rural and urban areas. Remunerating doctors in rural areas for the complexity of their work and the additional responsibilities they often face is also important, regardless of the impact this has on retention rates.

But these incentive programs have had only limited success as workforce distribution strategies. Twenty-four years after the first Rural Health Strategy, with universities producing record numbers of medical graduates, Australia still has a significant rural doctor shortage.

While things have improved slightly in the past two decades, the Grattan Institute estimates that it will take sixty-five years, at the current rate of increase, before the number of doctors in rural areas catches up with city numbers.

Part of the difficulty in attracting doctors into rural areas is the fact that they can still make above-average incomes even in areas of oversupply. This raises the bar for any incentive scheme designed to lure them away. And, as successive governments have found, even the best-designed strategies are often compromised by perverse incentives, inherent inefficiencies and unintended consequences.

When doctors move to those areas, they don’t typically move there from an area of oversupply; instead, they tend to move from an area that is only slightly better off, therefore contributing to a different workforce shortage. This new area of need will then require its own incentive scheme, which in turn will draw doctors away from the next “least-worst” area. This cascading effect means that the government could end up paying incentive payments to every doctor working west of Mosman without making any discernible impact on the areas of oversupply.

Yet solving the rural doctor shortage is — potentially — a straightforward matter. It simply requires the federal government to use the one powerful lever at its disposal: Medicare provider numbers.

A doctor must have a Medicare provider number before he or she can provide services for which consumers are entitled to a rebate. Registered doctors can still provide medical services without a provider number, but their patients would have to pay the full cost of the service. Effectively, this would make their practice unviable.

Currently, provider numbers are not tied to any particular area. Once a doctor has one, he or she can offer Medicare-funded services to consumers in any part of Australia.

Introducing geographical restrictions would have an immediate and dramatic effect on the distribution of the medical workforce. Rebates for new provider numbers could be limited to services provided in areas of workforce need — or at least not in areas of oversupply. While this would not direct doctors to work in specific areas, it would effectively prevent them from working in areas of oversupply.

This isn’t a new idea. It has been proposed many times and is supported by a number of rural organisations and peak bodies. Unlike existing incentive programs, it wouldn’t cost a cent and doesn’t require complex policy changes or cooperation across jurisdictions.

It is also likely to be welcomed by the community. Given that the public subsidises a large proportion of the education and training of Australian doctors, and then funds their incomes once they qualify via Medicare rebates or out-of-pocket costs, it doesn’t seem unreasonable that the community should have some say in where these services are provided.

So why has no government attempted to use this powerful tool?

The main reason appears to be the opposition of the doctors’ union, the Australian Medical Association. The AMA has argued against this approach — claiming (among other things) that it violates section 51 of the Australian Constitution, which prohibits “civil conscription.”

This has never been legally tested, though, and legal experts differ in their interpretation of how this clause applies to geographical restrictions on medical practice.

If the federal government forged ahead with the introduction of geographical provider numbers, the likely result would be a legal challenge by one or more of the medical professional groups. In the short term this would undoubtedly be expensive.

But once a ruling was obtained from the High Court, the situation would be clear. Either the prohibition on civil conscription would be deemed not to be relevant to geographical restrictions on provider numbers (and therefore the policy could be implemented) or the Commonwealth could choose to pursue a constitutional change to remove the restriction on civil conscription.

Thus far, no government has been willing to take on the AMA. But this could change.

In his first few weeks as prime minister, Scott Morrison has made a concerted effort to demonstrate strong support for rural communities and to oppose high-profile unions. He has also stressed his commitment to meeting the challenge of chronic illness and introducing greater efficiencies in the health sector.

Geographical provider numbers would help the new prime minister meet all of these goals. With this one simple move he would also solve one of the most intractable and enduring problems in Australia’s health system. •

• This is part of a series of health columns for Inside Story by Croakey editors Melissa Sweet and Jennifer Doggett. Our thanks to Inside Story editor Peter Browne for allowing cross-publication at Croakey. Track the series here.

PrevPreviousCall for UN member states to specifically report on NCDs for Indigenous peoples
NextTransformative change for public health: what will it take?Next