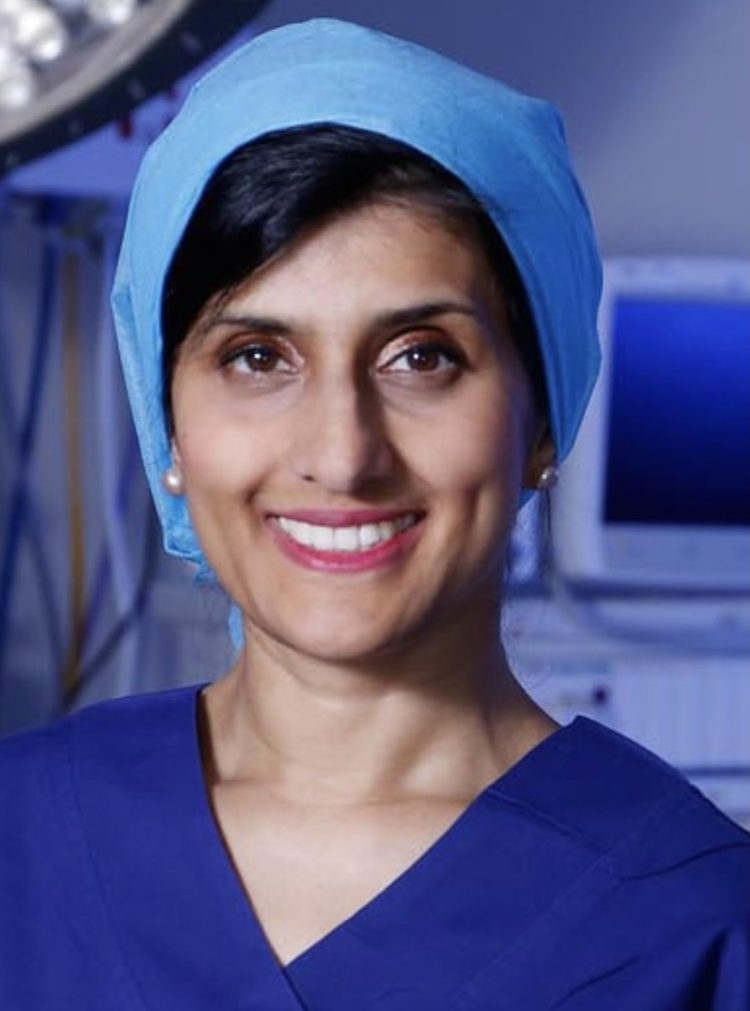 Healthcare professionals are often the first point of contact for victims of domestic violence. It is critical that they respond in a non-judgemental manner displaying respect and confidentiality, validating the victim’s disclosure.

ENT surgeon Associate Professor Payal Mukherjee writes below that she welcomes Royal Australasian College of Surgeons’ advocacy and training in domestic violence awareness, and urges other healthcare organisations to do the same.

As a surgeon I see many cases of domestic violence. Unfortunately, it has become one of the most urgent social and public health issues of our time. People of all walks of life are affected by domestic violence, irrespective of gender, postcode, demographic, creed, or ethnicity.

According to the Australian Bureau of Statistics, females in Australia are three times more likely to experience at least one incident of physical and/or sexual violence by a current and/or past domestic partner compared with males (17 percent compared with 6.1 percent).

Shockingly, 79 percent of females in Australia are more likely to die during a domestic violence related assault with the man being the main perpetrator. We also know that according to the Australian Institute of Health and Welfare, certain communities are at greater risk of domestic violence. These include females who are Aboriginal, Torres Strait Islander or Māori, young, pregnant, disabled, and/or experiencing financial hardship, or are adults who faced domestic violence as children.

Domestic violence is a major contributing risk factor to mental and physical ill health, and homelessness. It contributes to the highest burden of disease in females aged 25 to 44 years (higher than other well-known risk factors such as smoking or alcohol).

Among Aboriginal and Torres Strait Islander and Māori populations, domestic violence is estimated to contribute five times more to the burden of disease compared with the non-Indigenous.

Surgeons, especially those specialising in trauma, general surgery, otolaryngology head and neck, orthopaedics, vascular, obstetrics and gynaecology, neurosurgery, plastic and reconstructive, oral and maxillofacial are best placed to assess the patient’s risk of serious harm to life. They can also provide links to relevant support services.

I always recommend that treating practitioners should take note when a clinical history relayed by the patient victim is inconsistent with the injuries sustained. Less severe injuries such as a tympanic membrane perforation or chronic pain, are not likely to be present at hospitals, but they may be seen in an outpatient setting or as a concurrent second injury during a hospital admission.

Factors preventing disclosure of violence may include a fear of shame, fear of being labelled with a psychological disability such as depression, fear of being considered a burden on the team or fear of negative impact on career progression.

Further, a perpetrator may even use these fears and potential negative impact on career as a tool to further control and abuse the victim.

It takes significant courage for victims to disclose and seek support from their predicament. Culturally diverse and older victims are unlikely to disclose abuse because of the cultural and societal mindset that domestic violence is a private matter.

Victims often find it easier to seek help from medical practitioners due to the relationship of trust, compared to others such as the police. While there are varied opinions on universal screening for domestic violence or targeted screening of at-risk groups in healthcare settings, the treating practitioner should be extra vigilant when assessing a patient with injuries that may have been inflicted from domestic abuse.

Treating practitioners should be sensitive that from a victim’s point of view, any disclosure made must be balanced against the risk of further threat to their safety and the safety of any children, if their perpetrator found out about such a disclosure.

This may happen even if disclosure starts a cascade of system action that, though well intentioned, in the end does not adequately protect the victim and their children.

It is important that healthcare workers approach the matter in a non-judgemental manner displaying respect and confidentiality, validating the victim’s disclosure.

The role of the treating practitioner is to not only care for the immediate injury, but also to sensitively provide information and identify resources in their hospital and in the wider community that can support victims.

If suspicious, the treating practitioner should respectfully probe and prioritise their safety and confidentiality. However, there may be instances where the patient will choose not to accept it nor take immediate action. If domestic abuse is disclosed, practitioners should inquire about the safety of the victim.

Everyone has a role

I would also recommend that documentation of domestic violence in the patient’s medical record are kept confidential. It should include any health complaints, clinical observations of symptoms, behaviours, and physical injuries. Practitioners should counsel the patient and refer them to domestic and family violence support services.

Lastly, everyone and every organisation can play a role in raising awareness of the evils of domestic violence. I am proud that my college – the Royal Australasian College of Surgeons – has been actively raising awareness of domestic violence and its key issues as well as mandating training for the surgical workforce through the well-respected ‘Building Respect, Improving Patient Safety’ initiative, which aims to build a culture of respect in the surgical workforce. More organisations should develop and implement similar programs.

Associate Professor Payal Mukherjee is an Adult and Paediatric ENT Surgeon; an Otologist, Cochlear Implant & Skull Base Surgeon; Chair of the Royal Australasian College of Surgeons’ NSW Committee; and Clinical Associate Professor at the University of Sydney.

PrevPreviousAustralia was declared polio free 21 years ago. Now, a final push is needed for global eradication
NextHolding that space: game-changing kidney project has ‘research activism at its core’Next