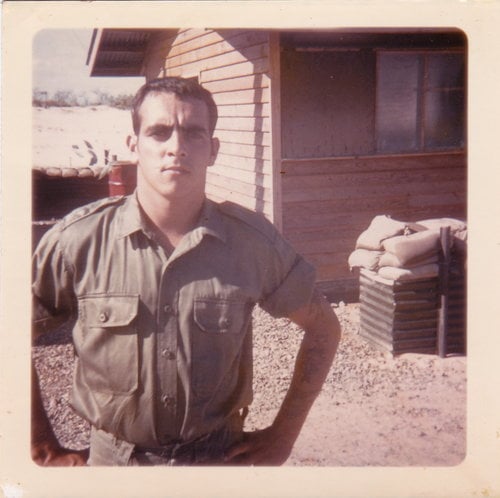 Private Billy James: Daniel James' dad was a Signalman with the 110 Signal Squadron. He toured Vietnam in 1971. Photo published with permission.

** WARNING: Aboriginal and Torres Strait Islander readers are warned that this post contains the image of a deceased person **

As Professor Peter Stanley, from the Australian Centre for the Study of Armed Conflict and Society, UNSW, wrote a few years back, on Anzac Day, Australia remembers its war dead – with one tragic exception.

Like with the debate over changing the date of Australia Day, even raising the possibility of including in official Anzac Day commemorations the Frontier Wars, when British settlers fought Aboriginal and Torres Strait Islander people for possession of the continent, causes hostility and hysteria.

Victorian Premier Daniel Andrews was accused by the state opposition of “tearing down the institutions and values of our society” for daring to conduct an online survey on the issue earlier this year.

In the post below, published originally on his blog to mark Anzac Day 2018 and republished here with permission, Yorta Yorta man Daniel James writes about the importance of commemorating the fallen of every conflict and how we need to take “the pointless heat” out of the issue by acknowledging all of our history, including its dark side.

Many tried to do that yesterday on Twitter in moving posts and memories, commemorating the Frontier Wars and other traumas of war. A small selection are featured below.

Croakey readers may also be interested in this Anzac Day post at IndigenousX from Luke Pearson, which observes two very different approaches in Australia to conflict: ‘Lest we forget’ and ‘get over it’.

I’m starting this post by talking about Australia Day. What should be a national day has now degenerated into a divisive farce. It is the wrong day. It is a day where white history puritans choose to ignore the hurt, the pain and the suffering that was inflicted on Aboriginal people at the hands of the British. It’s a day that still tacitly gives a wink and a nod to Terra Nullius. A day where the depth of thinking of proponents of the national holiday extends as far as, ‘what have the Romans ever done for us!?’

ANZAC Day is different, or at least it is for the time being. As Richard Flanagan highlighted in his excellent address to the National Press Club last week, there is a growing fundamentalism around ANZAC day that seems to miss the point.

First and foremost, it is a day of remembrance, a day to remember the fallen and a day to also  remember and ask ourselves why over 100,000 of our fellow country men and women died for what were by and large pointless pursuits. Remembering the pointlessness of war is something we also owe to those that have sacrificed their lives, we also owe them and ourselves to think about ANZAC day in a nuanced, non-linear way.

That nuanced discussion has dissipated in recent times, as veterans from the First World War have died out and the ranks of World War Two veterans have thinned. The vacuum left by the loss of the first person experience, of the actual warriors has been filled by shock jocks and keyboard warriors on both sides of the political divide.

Already this ANZAC day I have seen people on Twitter making cheap shots just so as they can get a hit of dopamine. The fundamentalist to-ing and fro-ing does us all a disservice. We are no longer in an environment where we can have reasoned discussion about whether we should commemorate the fallen in the frontier wars.

The answer is of course yes we should. However, this means that we’re all going to have to take the pointless heat out of what is becoming a more and more divisive day. We laud the fallen, as we should, in conflicts that have had no impact on the actual defence of our homelands – see Gallipoli, Vietnam and the forgotten war Korea. It is estimated tens of thousands of Aboriginal women died in defence of their actual homelands.

This of course means we have to move well past where we are now in our understanding and acceptance of our own history. Our view of ourselves in the world is deeply rooted in the view that we are a colonial power, a subset of western super powers. First as a member of the British empire and over the last 70 years as America’s ‘closest ally’, an alliance that has lead us down some rat holes that we follow unflinchingly and without question.

It is just accepted that when America enters an armed conflict, we follow. We have done this because we see ourselves as part of the American empire and culture. We need to start to see ourselves as no more and no less as Australians.

For this to happen we need to become bigger than we currently are. 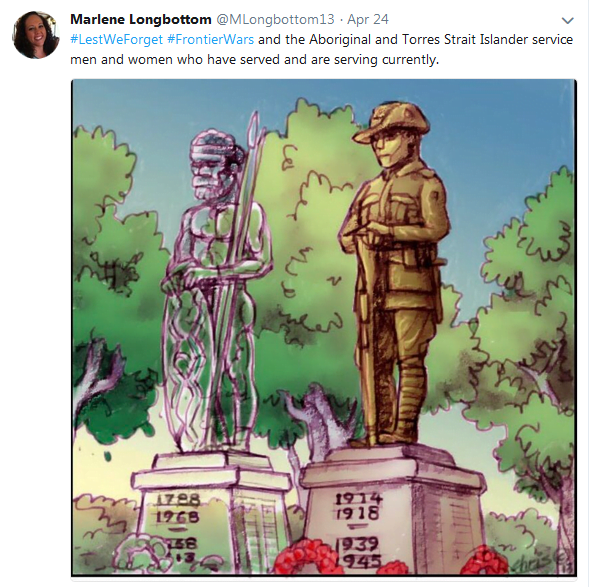 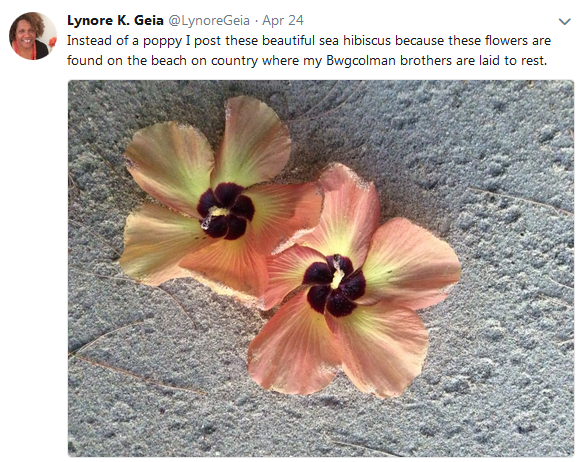 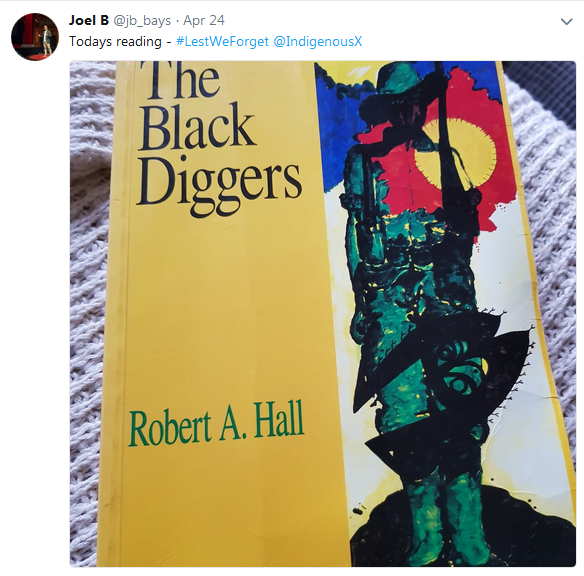 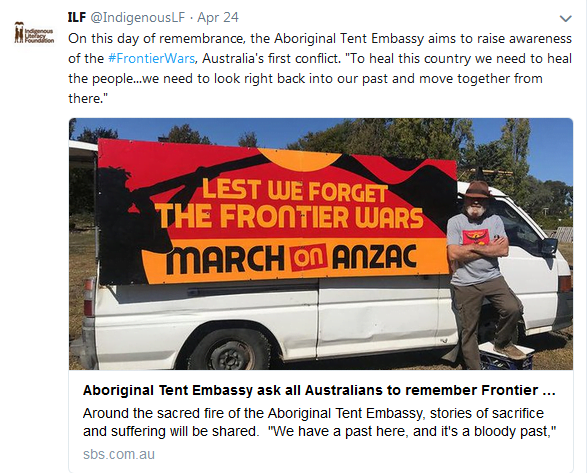 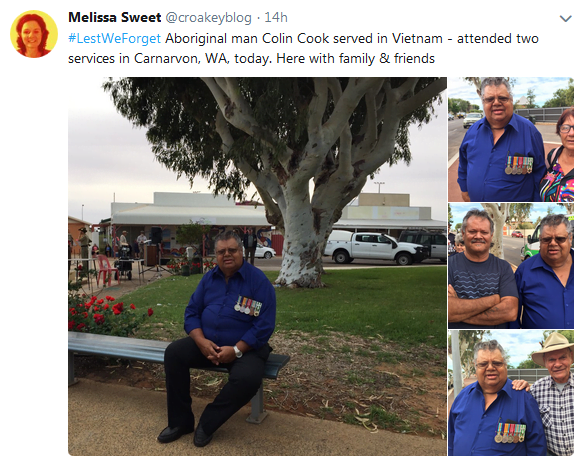 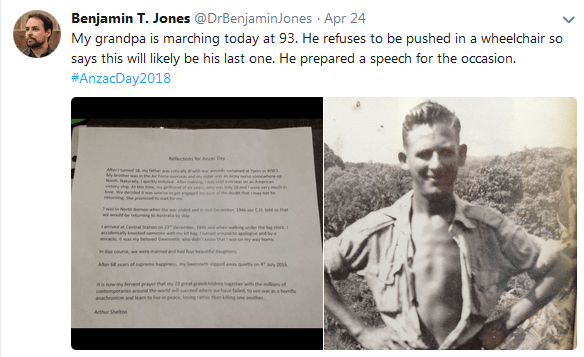 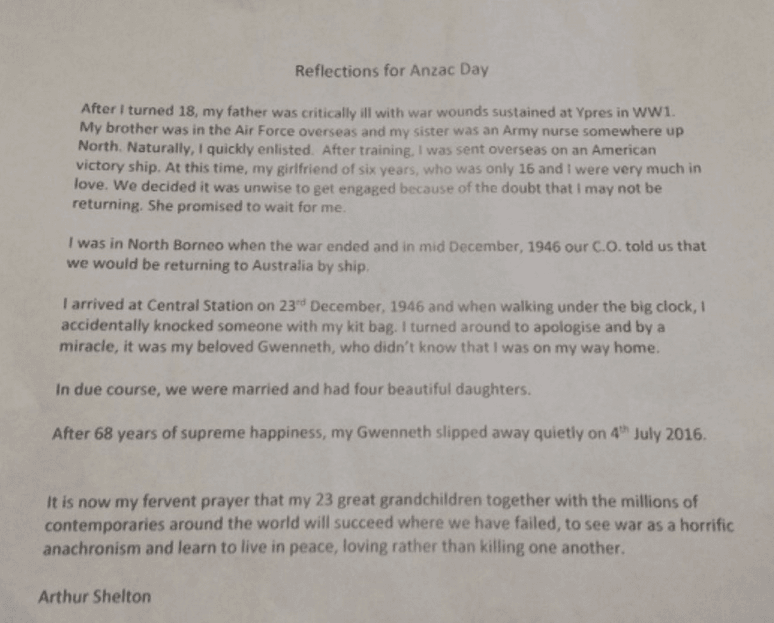 PrevPreviousHave your say: time for consumers to be “makers & shapers” in health care, not just “users & choosers”
NextCalling for expressions of interest for #IHMayDay18 – “Stepping Out into Our Future”Next