As I write this, I can hear Jeremy Oxley pounding out “I’m alone with you tonight” (in my mind, anyway).  His voice and the songs of the Sunnyboys were part of my growing up.

Oxley’s struggles with schizophrenia and his rediscovery of the joys of music are profiled in a moving documentary, The Sunnyboy, which screens on ABC1 this Sunday (November 3) at 9.30pm.

I recommend making a date with it. You don’t need to have been a fan to find this an engrossing film. For those readers whose lives have been touched one way or another by mental illness, it will likely raise some familiar themes.

Many thanks to the film’s director Kaye Harrison (pictured below, right, with Oxley) for writing below about some of the complexities and ethical issues involved in making such an intimate portrait of Oxley and his relationships.

Shining a light on love, compassion and recovery 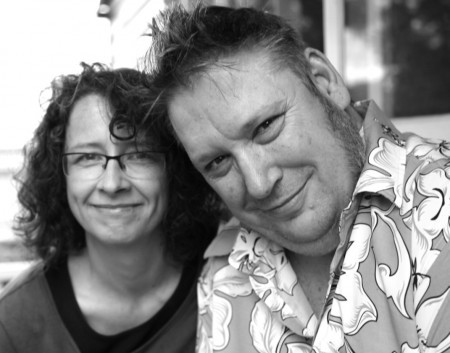 I’m a documentary filmmaker who is drawn to complex topics that I feel are poorly understood in the community. I try to find “a way in” and I do this by telling the personal stories of likeable characters so a broad audience might engage with the topic.

My second, The Long Goodbye (ABC 2010), told the story of 3 families each with a loved one living with dementia.

My most recent documentary, The Sunnyboy, is about Jeremy Oxley, front man of the 80’s band the Sunnyboys and his 30-year battle with schizophrenia.

I was interested in making a film about schizophrenia due to the stigma that surrounds the condition. I wanted to give voice to a subjective experience, to connect that person with the broader community so their story might create greater awareness and empathy.

I knew there would be heightened interest in Jeremy Oxley because of his musical ability and public profile. Also, his sense of humour and charismatic personality made him a very engaging character for a documentary. Last but not least I was drawn to the fact that Jeremy’s story is hopeful and hope is not normally associated with schizophrenia.

I’m not a clinician, nor do I pretend to have any diagnostic skills, however researching generalized symptoms and experiences of schizophrenia did help me whilst I slowly developed an understanding of Jeremy’s perspective on his life.

I learned there is no one type of schizophrenia, rather a broad range of schizophrenias which affect people in many different ways. All I could do was portray one man’s experience of his condition and do it in a way where the focus of the film was on Jeremy the whole person, not Jeremy as a case study of schizophrenia.

I was very aware of Jeremy’s vulnerability and I didn’t want the film to harm him at all. I made Jeremy’s wellbeing my top priority and I worked closely with his partner Mary throughout the 18 months of filming to ensure he was protected.

I approached each aspect of the filming with honesty and compassion. I created a judgment free space for him to share his thoughts and feelings about anything and everything. I trusted Jeremy to trust me, and when he was ready he shared what he could.

The fact that Jeremy doesn’t believe he has schizophrenia (due to a lack of insight) weighed heavily on me. I was concerned he wouldn’t feel the completed film was a fair representation.

Jeremy doesn’t see himself as a man who has struggled with schizophrenia, he sees himself as a soldier who has battled through painful times in his life, who searched for truth and meaning, created music and art and just did the best he could to survive.

I worked very hard to understand and convey his perspective of his story in a way that would be true to him whilst also accessible to the audience. When I did ultimately show Jeremy the completed film, he was a little uncomfortable with some sections but thought it was true and that I had done a good job.

He’s not too sure about all the content on schizophrenia but he does know it’s something I am interested in so hopefully the film will help others. He did suggest a 3-hour version would be better as he didn’t quite get enough of himself!

Any concerns I had in the early days of making the film never came to pass. Jeremy does struggle with the symptoms of his mental illness day to day and he doesn’t have much insight into his condition, but none of this created an insurmountable barrier. His honesty, his professionalism and his strength of character shone through.

The response to the film at the cinema screenings has been overwhelming; from Sunnyboys fans, families affected by mental illness and also from the mental health sector. The film’s portrayal of a very complex condition has integrity, according to the Schizophrenia Fellowship, SANE, Orygen, the Mental Health Commission and researchers from the Schizophrenia Research Institute. 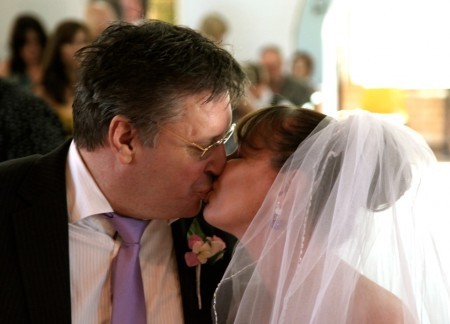 I learned a great deal about mental illness in the making of this film, particularly the importance of love and compassion to recovery.

It’s true that Jeremy’s life turned around when he made the choice to trial anti psychotic medication over a sustained period.  But this was a decision he made because of the life Mary offered him.

Mary reached out to Jeremy, she was not afraid of him and his strange behaviours when they first met, she could see beyond the layers of illness to the gentle, beautiful man within.

It’s clear to me that the right balance of medication has allowed Jeremy to recover parts of his life, but it never would have happened without Mary (the photograph above is from their wedding, which also features in the film).

Jeremy tells me he is cured of his schizophrenia, that Mary cured him of his pain.

We have different views as to whether he still lives with a mental illness and whether his medication is in fact keeping him well; however, I can’t say that I disagree with him about Mary’s healing powers.

• The feature length version of THE SUNNYBOY will screen on ABC1 Sunday November 03 at 9.30pm. Interest in DVD’s can be registered via: thesunnyboydocumentary@gmail.com or check the website. 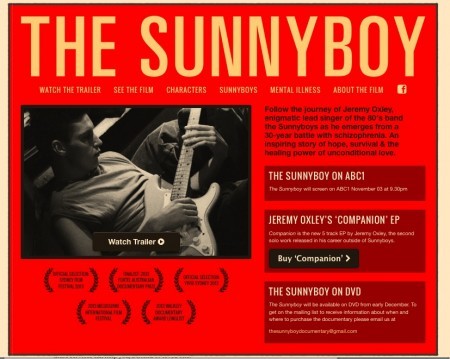 PrevPreviousHow much can you learn from a week of @WePublicHealth? Heaps about Indigenous health, general practice and more
NextIf expert patients find the health system difficult to negotiate, then surely some serious reforms are needed?Next