Don’t miss this – some wonderful yarning about community engagement

The tradition of yarning in sharing Indigenous knowledge is also being used in research and clinical contexts – but the notion of Twitter-based yarning is something new.

Siv Parker, an award-winning Aboriginal writer with longstanding experience in the health sector, has been at the forefront of developing tweet-yarns, as was in evidence last week while she was guest tweeting for @WePublicHealth.

“There’s no better way to explain complex health matters than a yarn,” she said.

Below are some of Siv’s tips about effective community engagement and how to run a community meeting, followed by a Twitter yarn which shows how an engaging story can unfold within the limitations of 140 characters.

Siv, who is also a keen blogger, says she treats social media very seriously, after many years of  jobs (including working on the NT Intervention) where she was unable to have a public voice (and you will be able to read more about this when her first book is published later this year).

Tips for a successful community meeting (reproduced direct from tweets)

1. Notify the cmty you are coming. Western Sydney, Logan, or Borroloola – notify all the Indg orgs.

On 1. Don’t assume someone will do all the running around for you. It’s your meeting. And say why & who will be attending the mtg.

On 1. You may only go there one time in your life, but why be the dud one? Notify ahead as a courtesy & you may well get a better reception.

2. If you are not comfortable with a mic, for the love of frogs, don’t use one. But don’t call a big mtg either & expect people to lip read.

3. Visual aids. Use them where ever possible. And if you have a report in your hand, bring copies. Don’t refer to ‘mystery book’. It’s rude.

4. Introduce yourself & repeat why you are there. Do you want a decision ‘today’? Are you just providing info? Do you want to plan an event?

On 4. Introduce yourself – to people inside & outside – who you are, where you are from & what you do AND let them know how to contact you.

On 4. If it’s a health related matter, brief e/one who works in health before you arrive. Tap into all of the existing cmty health networks.

On 4. Closing the gap is about all areas of disadvantage. Eg health is related to housing, educn, employment, dogs, drains, ditches etcetc

5. How big is the mtg? Wrong: ‘We don’t need everybody to come.’ Right: ‘The mtg’s to talk about xyz. Who from the cmty should be there?’

6. Now we get to a big issue: catering. Do not cater 8 sandwiches for a mtg of 240 people & ask me to distribute them. You’re on your own.

On 6 in gen’l, catering depends on where you are, how far people travelled, was it suggested, your budget? Or will tea/coffee suffice?

7. Venue. Ask the cmty where they hold mtgs. Myth: Indg people want to be outside at every opportunity. Do not decide the air temp yourself.

8. You’ve been waiting to know about ‘sitting fees’. ? Be straight up; some do, some don’t, deal with it & be prepared to repeat yourself.

When I hear reports that no mtgs have been held (ever) because of a dispute over sitting fees…I say ‘you’re doing it wrong’.

9. Do your research before you arrive. If you are asked Qs you may have to to ‘take them on notice’. But if you say you will respond, do it.

11. If you say ‘the cmty leaders must be at the mtg’ & you are an ASO4 ask yourself: Are you a ‘leader’? Why are you using that language?

12. Be prepared for cmty phone calls after you leave AND to return for a 2nd mtg. Don’t expect an answer from 1 mtg. Be careful with pics. 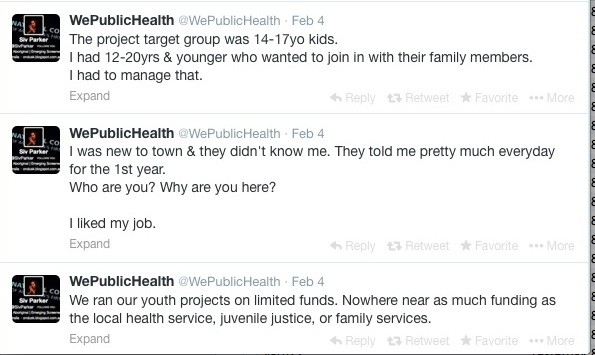 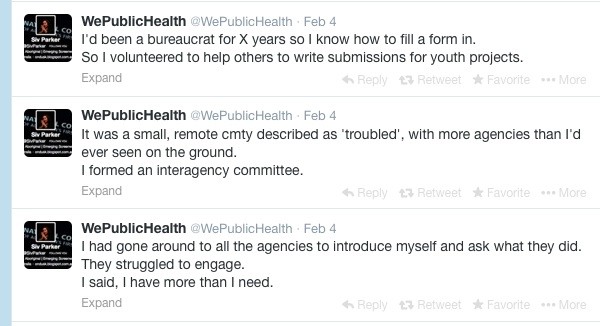 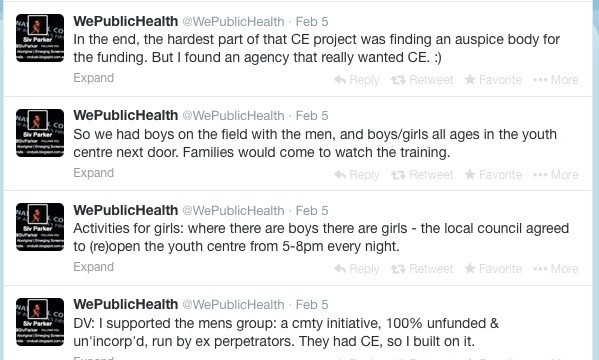 And on why Siv Parker turned to full-time writing: 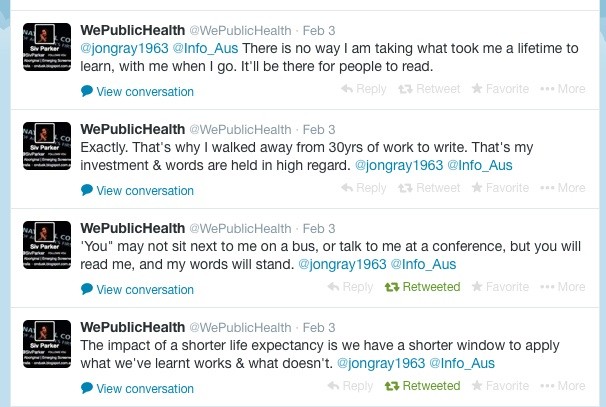 Update on 11 February: See also this Storify of a yarn between Siv Parker and GP Dr Tim Senior

PrevPreviousUS chain CVS stops tobacco sales: over to you, Coles and Woolworths
NextWhat does it take to drive regional health reform? Your chance to ask all about it…Next