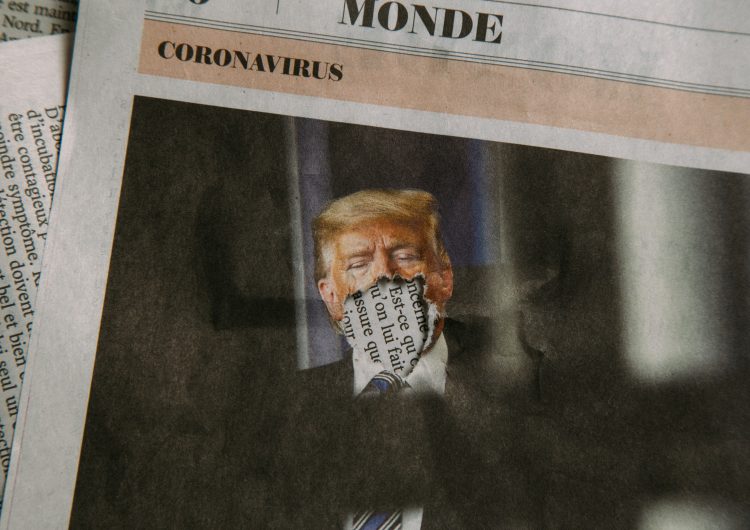 ‘Dying in a leadership vacuum’: top medical, science journals come out against Trump

For the first time in more than two centuries of publishing, the prestigious New England Journal of Medicine — NEJM — has weighed in on the US presidential election, joining a series of leading medical and scientific journals to condemn the Trump administration and its handling of the coronavirus pandemic.

NEJM, which is one of the world’s top medical publications, did not hold back in a lengthy editorial chronicling the US government’s abject failures on COVID-19, saying they had “taken a crisis and turned it into a tragedy”. They estimated that mishandling of the outbreak had resulted in, at a minimum, tens of thousands of preventable deaths.

“When it comes to the response to the largest public health crisis of our time, our current political leaders have demonstrated that they are dangerously incompetent,” NEJM’s editors wrote.

“We should not abet them and enable the deaths of thousands more Americans by allowing them to keep their jobs.” 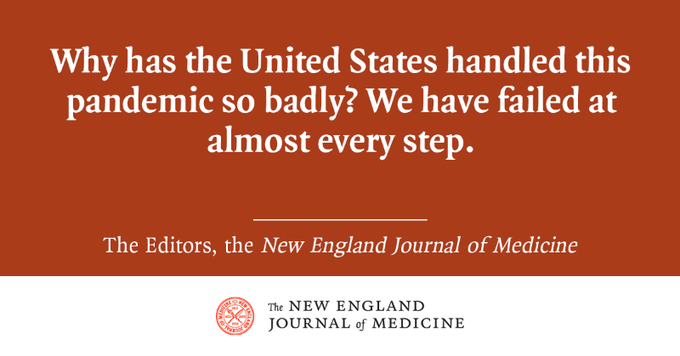 In a forensic account, NEJM said the Trump administration had “failed at almost every step”, with woefully inadequate testing and protection for healthcare workers, an approach to quarantine and isolation that has been “lackadaisical at best”, and politicisation of vaccine development that has fueled “growing public distrust”.

NEJM detailed concerted efforts to “eviscerate” the world-leading Centers for Disease Control and Prevention, sideline the National Institutes of Health, and “shamefully politicise” the Food and Drug Administration:

Our current leaders have undercut trust in science and in government, causing damage that will certainly outlast them. Instead of relying on expertise, the administration has turned to uninformed “opinion leaders” and charlatans who obscure the truth and facilitate the promulgation of outright lies…

Anyone else who recklessly squandered lives and money in this way would be suffering legal consequences. Our leaders have largely claimed immunity for their actions. But this election gives us the power to render judgment.”

The piece follows a number of pointed editorials in flagship medical journal The Lancet criticising the Trump administration’s response to COVID-19 as “inconsistent and incoherent” and the US election outcome as important not only to the health of Americans but the world.

“Americans must put a president in the White House come January, 2021, who will understand that public health should not be guided by partisan politics,” the journal wrote.

“If logic and justice prevail in the next presidential administration, universal health coverage, a fairer society, stronger health institutions, more energetic global engagement, and a robust research agenda will be the foundations for America’s renewal. We all have a stake in America’s success.”

We will be examining some of the implications of the US election for health in a series of #USVotesHealth #CroakeyLIVE events in coming weeks, and hope you can join us. 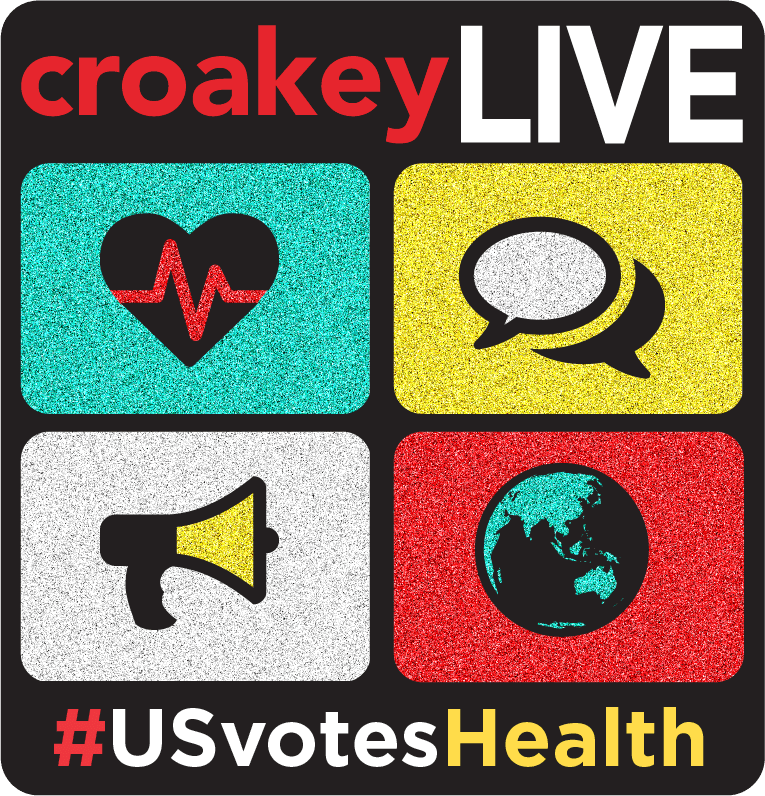 Scientific publications have also spoken out against the Trump administration’s deliberate denigration and undermining of evidence and research.

Scientific American broke with 175 years of tradition to endorse a presidential candidate this month. Science magazine — the official publication of the American Association for the Advancement of Science — also delivered a scathing editorial on President Trump’s deliberate attempts to mislead the American public.

“A U.S. president has deliberately lied about science in a way that was imminently dangerous to human health and directly led to widespread deaths of Americans,” wrote Science editor H. Holden Thorp.

“This may be the most shameful moment in the history of U.S. science policy.” 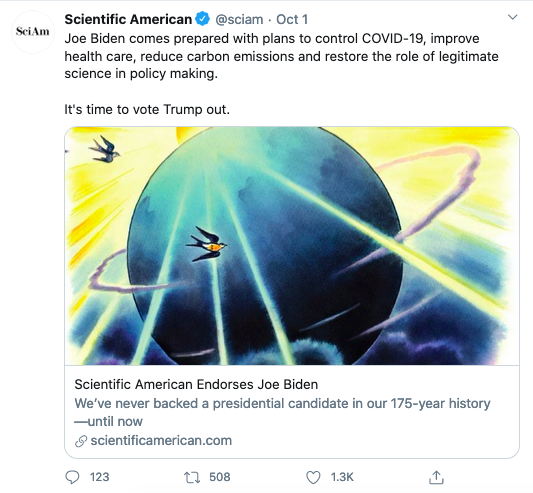 The world’s leading scientific publishing stable, Nature, weighed into the debate this week with an editorial highlighting the increasing politicisation of science in the COVID-19 era: “exemplified by Trump’s notorious actions: a chaotic, often ill-informed response, with scientists being attacked and undermined”.

“The principle that the state will respect scholarly independence is one of the foundations underpinning modern research, and its erosion carries grave risks for standards of quality and integrity in research and policymaking,” wrote Nature‘s editors. “When politicians break that covenant, they endanger the health of people, the environment and societies.”

We will continue to urge politicians to embrace the spirit of learning and collaboration, to value different perspectives, and to honour their commitment to scientific and scholarly autonomy.

The conventions that have guided the relationship between science and politics are under threat, and Nature cannot stand by in silence.

The editorial directed readers to a lengthy piece on how the Trump administration had undermined science and scientific institutions, perhaps irrevocably, and another examining the implications for science of a Biden presidency.

Reporting back on our coverage of the Federal election

PrevPrevious‘More bark than bite’: budget business as usual not good enough for disaster, COVID-hit rural Australia
NextNew funding for the NDIS? What about jobs for people with disability?Next