Ehealth records: too important to muck up

In 2009 the National Health and Hospitals Reform Commission recommended that by 2012 every Australian should be able to have a personal electronic health record that they would own and control.

The PCEHR (personally controlled electronic health records) system is due to launch on July 1.  The plan is for everyone to have the option of registering for an eHealth record and choosing who will be able to access it, and to what level.

But we have been warned not to expect any whizz bang launches or ambitious targets. As DOHA secretary Jane Halton has made clear, the last thing the Government wants is a rush of registrations.

In an interview with eHealthspace.org last month (the clip is worth a watch), she said the government wants a “measured and orderly” approach, to enable progressive adoption and careful review of how it’s working (or not).

It’s understandable the Government wants to play it safe given the sensitivities involved; imagine the damaging impact of headlines screaming privacy or safety breaches as a result of poor implementation.

But there is a downside to this approach, as outlined in a recent Senate committee report. By choosing an opt-in system (rather than the opt-out approach that medical and consumer groups told the inquiry would be preferable), there is less likely to be wide uptake, especially amongst the groups with potentially most to gain from enhanced care.

The Senate report said: “The committee agrees that a cautious approach is necessary in the initial stages. At a later date, the government should review the effectiveness of the opt-in model. The committee does not believe that consumer control is inherently incompatible with an opt-out model, though it recognises the importance of ensuring meaningful and informed consent.”

The opt-in approach also leaves much of the onus for the uptake of the system with clinicians, lending clout to their push for extra funds for setting up the records (here are the physios putting on some pressure, and the rural doctors don’t want to miss out either…)  As AMA president Dr Steve Hambleton told ABC radio this week: “We’ve got to remember that it’s opt-in for doctors, opt-in for practices and opt-in for patients. So there needs to be drivers to make it work.”

Robert Pask is a consumer health advocate who has been waiting for progress on ehealth for many years. As someone who lives with multiple chronic conditions, he knows first hand the problems that can result from fragmented medical records.

But while he can see the potential benefits of the PCEHR, he also cautions that some concerted efforts are going to be required to ensure widespread uptake and confidence in the system.

We need to make this thing work

Clearly the PCEHR is a fundamental step forward in health care. If done properly, eHealth and the use of a personally controlled health record has the capacity to significantly improve health outcomes, reduce medical mistakes, save lives, improve safety, save time and money and provide health consumers with much greater control and interest in their own health care. That’s quite a list.

Our current paper-based system is archaic, poorly maintained and provides limited access and control for health consumers – often leading to medical mishaps. So introducing a PCEHR is a no-brainer for anyone concerned about improving health outcomes for consumers. Well yes, and no.

An area of contention is the matters of whether consumers should opt in or opt out of the system come July. Some people argue that we can’t roll out an opt-out system until we have confidence the system can meet expectation, others say the opposite and argue that without mass participation there won’t be the momentum necessary to get this initiative over the line.

One thing we know from the experience in the UK is that clinicians are unlikely to make any initial use of the eHealth record if there isn’t widespread utilization of it, so confidence in the system is key.

Literature suggests that those most likely to benefit from a record are those who are least likely to sign up or opt-in to the system. Population groups including older Australians, rural and remote Australians, Aboriginal and Torres Strait Islander people, people with disability or mental health issue, people experiencing significant disadvantage and people from Culturally And Linguistically Diverse (CALD) backgrounds would all experience considerable benefit from the PCEHR system, but could also face barriers to signing up.  In the context of an opt-in model, it is crucial that there is a targeted strategy to encourage consumers to register.

At the moment there are justifiable concerns that come July 1 we will have something underwhelming, stripped bare of any bells and whistles and designed to meet the most meagre of expectations.

The limited functionality of the system, coupled with the fact that there is no strategy to drive consumer and clinician adoption through a national campaign or advertising strategy, means that the system is likely to lack the critical mass required to function effectively. This raises questions about the viability of an opt-in model.

Consumer adoption is critical to the success of the system, but consumers simply do not support electronic health records as an end in themselves.

For those living with multiple chronic illnesses, e-Health records provide a way doctors can coordinate medications and treatments to ensure the best possible safe and effective health outcomes.

I know that from my own experience when I have been admitted to hospital via emergency it would be so much easier and safer having my medications available via an electronic record as being in a distressed state it is not easy to recall all medications I am on.  I have also experienced having double the prescribed dosage of morphine supplied by my pharmacy.  If they had to refer to an electronic record it would have supplied another physical check of what dosage the doctor had prescribed.

If the PCEHR is to succeed, it must offer immediate clinical benefits to users in order to drive consumer adoption. 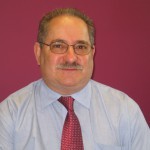 Robert Pask has lived with multiple sclerosis for approximately 23 years and also has other  chronic health problems. He is on various committees including Committee of Management  Chronic Illness Alliance, Member of Victorian Disability Advisory Council, and is employed by  Multiple Sclerosis Australia as Co-ordinator of the National Advocates Program

• For more info on ehealth reform.

PrevPreviousA leader’s reflection on health reform: the merits of “muddling through” and more
NextThe pros and cons of telehealth for people in rural and remote areasNext