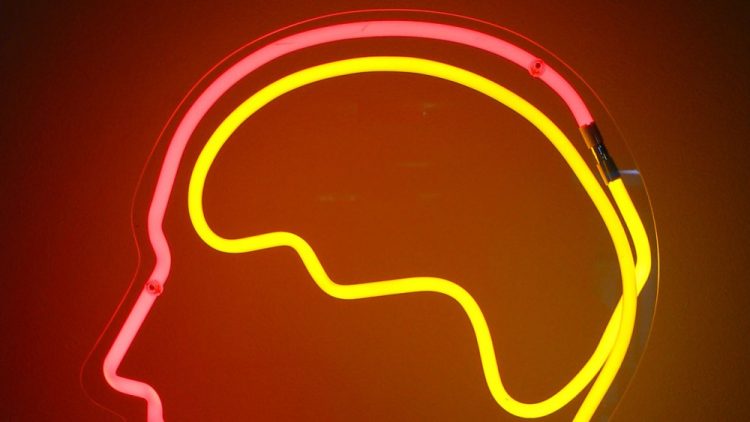 If we are to address the over-incarceration of Aboriginal and Torres Strait Islander people, policy-making must be more responsive to scientific evidence showing the need to reduce early childhood trauma and poverty, according to an Aboriginal lawyer and researcher, Sharon Payne.

Payne, who is planning to undertake a PhD at ANU looking at the neuroscience behind the treatment of Aboriginal people in the criminal justice system, says policymakers should also turn their attention to Portugal and other countries which have shown that huge gains can be made from investing in rehabilitation and prevention, rather than policing and punishment.

This is the 65th article published as part of Croakey’s ongoing #JustJustice series.

When humans are under threat, our cognitive brain is “switched off” as all our resources (oxygen, glucose etc) are directed to the amygdala and muscles for immediate action (fight or flight).

The impact on developing brains constantly under threat (from abuse and/or neglect, for example) is a decrease in the brain’s ability to develop the cognitive part of their brain.

Early life experiences that promote or inhibit the neural development of the immature brain mean that children who endure continual abuse and deprivation have their neurology altered in damaging ways well before they start school.

So when they first go to school, their brains aren’t up to it; and it doesn’t take very long for them to start identify themselves as inadequate (as contended by neuroscientist Michael Merzenich), as ‘less’ than their peers, and TO be ashamed of themselves because of it.

And it doesn’t take long before these self-identified failures (surrounded by success and connections they have no part of) begin misbehaving. A lack of self-control and aggressive bullying behaviours are all evidence of neurological inadequacy – but our societal response is to blame the child, to criticise and condemn, and finally to criminalise them.

And we also blame the parents whose inadequate parenting is likely due to their own traumatic childhood, and so we set up intergenerational self-reinforcing life trajectories that assure continued failure.  We do anything but see these patterns as our collective social responsibility.

Thanks to neuroscientific research, we now know that (due to our evolution as life forms on this planet) human beings are bonding animals. Our brains are social organs with a basic need to connect, to be part of a community.

If we can’t connect with each other, we will connect with anything we can find, from a pet or a peer group who ‘understands us’, to the spin of a poker machine or the prick of a syringe.

Conversely, however, we have created a society that cuts us off from connecting or bonding with each other, or offers only a parody of it via the Internet (with parents too busy ‘FaceBooking’ to connect with their young children, or children using the number of ‘likes’ they receive as proof of their worthiness).

And in response to the “problem” for which we are collectively responsible, punishing strategies have been adopted that add to the neurological burdens.

Take the “war on drugs” as an example of how we respond to so-called addicts when they do predictably offend us. Criminalisation is the main response.

Instead of implementing approaches to rehabilitation that would enable neurological repair, our approach is based upon conviction and/or imprisonment (generating more shame) and isolation (generating more disconnection).

Indeed, the one thing we may be sure of is that if people weren’t neurologically damaged before they enter the system, they will be afterwards.

There is some hope, though, that neuroscientific approaches are beginning to influence how we respond to the challenges caused by early childhood trauma.

The Portuguese drug law reforms decriminalising previously illegal substances have shown that much more successful outcomes are possible by adopting ‘harm reduction strategies’ which encourage people to connect (or reconnect) and by removing the fear and stigma associated with arrest/imprisonment.

As the Transform Drug Policy Institute says in its analysis of Portugal’s drug laws, “The reality is that Portugal’s drug situation has improved”, with significant decreases in drug-induced deaths (80 to 12), heroin use (50% less) and improved mental and physical health outcomes since they were introduced.

Portugal, however, spends 90% of its budget on rehabilitation and prevention and only 10% on policing and punishment.  In the United States, whose lead Australia follows, it is the opposite.

In other countries (for example, France and Scandinavian countries), a focus on early childhood development programs ensures that children are less likely to suffer neurological damage leading to and/or caused by drug abuse.

It also means that their socio-economic health gradients are flatter than in countries with the more punitive approaches (societies with flatter gradients are not only healthier but have higher literacy and educational attainment, lower poverty rates and smaller prison populations).

Steeper social gradients (for example, reflecting the inequalities faced by Aboriginal people compared to other Australians) may be modified by changing public policies, as the Portuguese strategy demonstrates.

While all this is now quite well understood, it has yet to penetrate the political leadership in Australia, although it is estimated that a quarter of all children will not attain the competencies they need in a modern society (with much worse figures for children with additional disadvantages like race, gender, physical/genetic disability).

The result is increased social overhead costs, and human misery on an increasing scale, where we all pay for the lack of political will and individual effort to make those changes.

It does not have to be this way but self-interest and conservative ideology have more influence over government policy than science, and opinions carry more weight than fact. (But that’s a topic for another time.)

• Sharon Payne is from the Wannamutta clan of the Batjula people of K’gari (Fraser Island). Her background both educationally and professionally (and personally) has all contributed to a unique understanding of the criminal justice system and the cultural, social and now [neuro]scientific influences on how it operates. Sharon has a law degree from ANU as well as a background in psychology.

Sharon has worked extensively in law and justice including the Royal Commission into Aboriginal Deaths in Custody); the Indigenous Deaths in Custody 1989 – 96 Report ; establishing the ACT Aboriginal Justice Centre and the ACT Circle Sentencing Court (where she is currently a Sentencing Panel member) and the CEO of three Aboriginal Legal Services where she witnessed the unfairness and discrimination first hand. Her most recent studies in neuroscience continue to provide even greater insight into how the system works against the most vulnerable and disadvantaged.

Meanwhile, on related matters at The Conversation, read “Emotional abuse of children is a growing problem in Australia”, by Professor Aron Schlonsky, Professor Kerry Arabena and Associate Professor Robyn Mildron at the University of Melbourne. They call for services, programs and policy to focus on children’s wellbeing.
[divide style=”dots” width=”medium”]