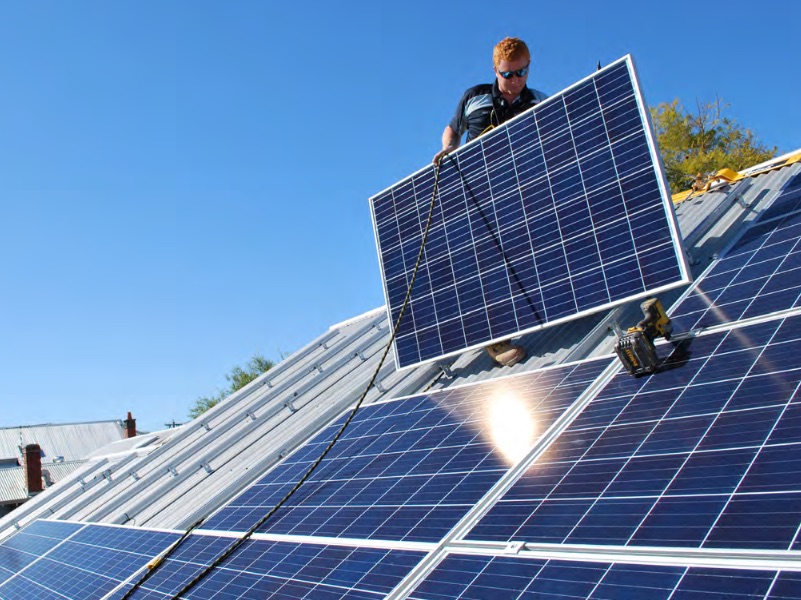 Energy efficiency: the gift that keeps on giving

Improving the energy efficiency of homes is important for climate action and also brings many other health benefits, according to Kellie Caught, Senior Advisor, Climate and Energy, at the Australian Council of Social Service (ACOSS).

Tune into the #CoveringClimateNow Twitter Festival tomorrow to hear more about this. Follow @kelliecaught tweeting on the program from 9.45am-10am AEST.

The poor energy performance of many homes in Australia, combined with significant rises in energy costs over the past decade, and increasingly extreme weather fuelled by the climate crisis, means that a significant and growing proportion of the population are now living in homes that are damp, too cold in winter and too hot in summer.

This is imposing significant health risks, particularly in extreme weather events such as heatwaves and among groups such as children, older people and those with pre-existing illnesses.

Unbelievably, a recent international study concluded that our rate of cold-associated deaths is almost double that of Sweden, largely due to the poor performance of homes.

Of growing concern is that more people die in Australia due to heatwaves than any other natural disaster.

For example, the heatwave in south-eastern Australia in 2009 is estimated to have contributed to 374 excess deaths.

A study by Monash University researchers found there could be a 471 percent increase in deaths in Brisbane, Sydney and Melbourne caused by the predicted increase in heatwaves due to the climate crisis.

The problem is the vast majority of Australia’s homes were built before adequate minimum residential energy efficiency standards were introduced in 2003.

Poor energy efficient homes makes people on low incomes more vulnerable to poor physical and mental health outcomes, as they are much more expensive to run.

People on low incomes are spending significantly more of their income on electricity and gas (on average, 6.4%) compared to households on the highest income quintile (who pay an average of 1.5% of income).

With three million people living in poverty, too many people now face the difficult choice between cutting back on energy use, to the detriment of their family’s health and safety, or going without other essential services such as food and medicine to afford energy bills.

In some cases, people are forced to pay the energy bills over paying rent on time and end up homeless.

Low income households most in need of the bill savings typically have little choice or control in improving the energy efficiency of their homes or access renewable energy, because they cannot afford the upfront costs of upgrades and/or because they rent their homes.

The benefits of investing in energy efficiency for existing homes could be massive, not just for the people living in poor performing homes, but for the community and the economy.

ACOSS research finds a one off investment of $5,000 in energy efficiency or solar photovoltaics could provide average annual (ongoing) savings of around $1,139 a year for a house.

Not only will the house be healthier and safer to live in, but it would reduce financial stress and homelessness.

There is a relatively simple and cost effective answer – introduce a system to increase the energy efficiency of all existing homes over time.

In Australia we have a system that requires new homes to meet minimum energy efficiency standards, and there are plans to increase the standard to eventually achieve zero energy buildings.

However, there is currently no systemic process to improve the energy efficiency of existing homes – the vast majority of homes in Australia.

Various programs are in in place across States and Territories to try and improve the energy efficiency of some homes, which have been beneficial for a minority of people. However, they are often ad-hoc, focus on low-cost, low-impact energy efficiency measures, or do not target those most in need.

An opportunity for change

Hopefully things are about to change. COAG Energy Ministers are currently investigating options to increase the energy efficiency and reduce the emissions profile of existing homes.

At the end of the review, we want COAG Energy Ministers to commit, at a minimum, to setting a goal to achieve zero energy standards for existing buildings, ideally in line with the date that will be set for new homes.

We also want to see a commitment to a program of reforms to introduce minimum energy efficiency standards for existing homes. The design of policy measures and pace of the trajectory will likely differ depending on housing types, tenure types and jurisdiction. However, the trajectory for each should be consistent with the urgency of addressing the climate crisis and social inequity.

ACOSS is not alone in making these calls. A Coalition for Healthy Affordable Homes has formed, comprising more than 38 social sector organisations, and a further 23 environment, energy and research groups.

There is also significant public support for investment in energy efficiency for households.

A 2018 National poll found 88 percent of voters supported government investment in energy efficiency, which rated the highest policy option tested. There was 84 percent support for governments funding upgrades on homes for vulnerable households, and 80 percent support for minimum standards for rental homes.

The benefits to people, society and the economy of improving the energy efficiency of existing homes are enormous in the short and long-term. Energy efficiency is the gift that keeps on giving and should be a Government priority.

• Kellie Caught is Senior Adviser Climate and Energy at ACOSS and is tweeting during the #CoveringClimateNow Twitter festival from 9.45am-10am AEST.