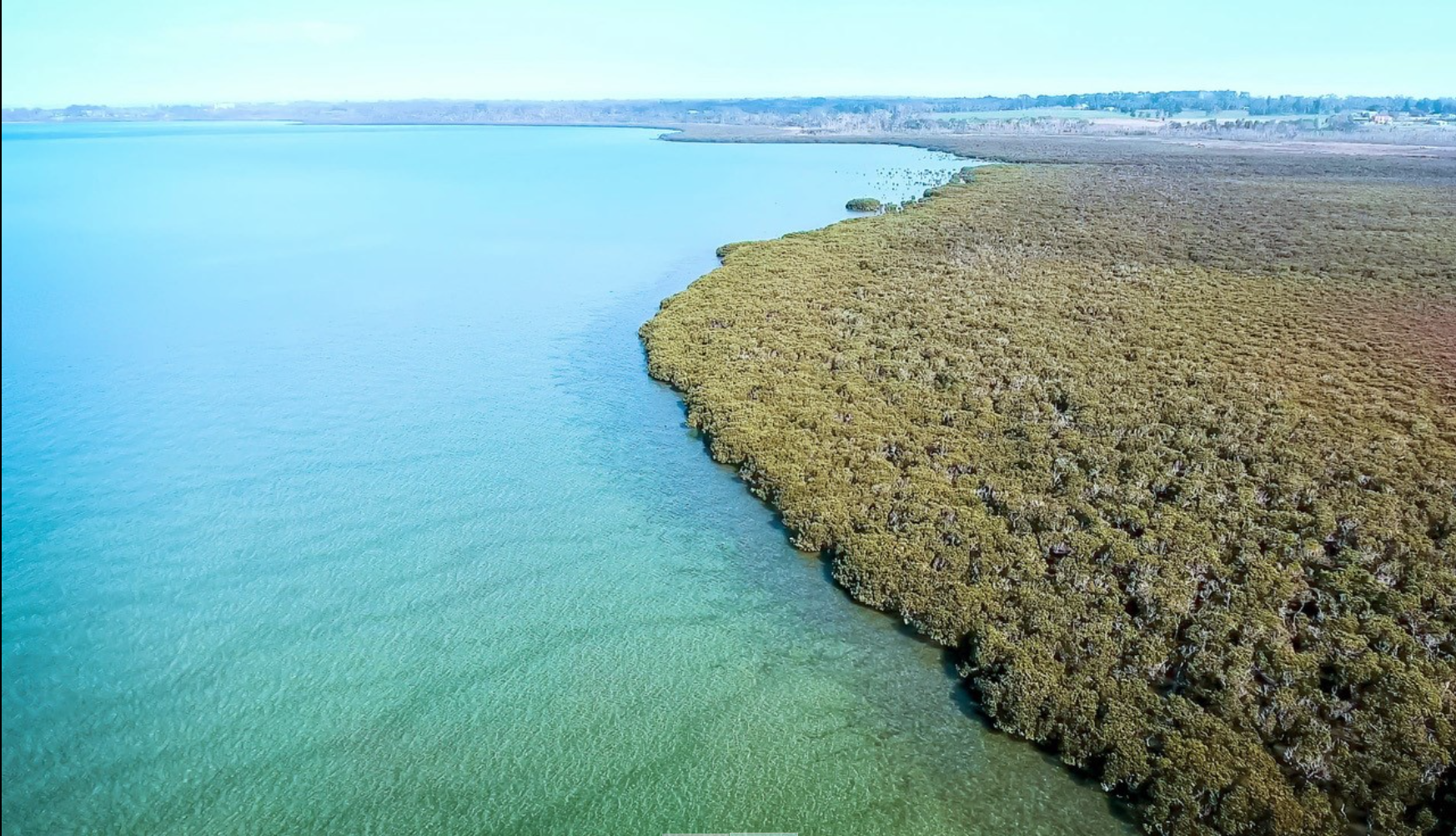 Environmental democracy and mental health in the time of coronavirus

Below environmental lawyer and member of Save Westernport’s Committee Dr Chris Atmore discusses the campaign and highlights the additional barriers facing community groups and activists created by the COVID19 pandemic.

‘A browser is what you use to get onto a website on the Internet,’ I say to Peter. He’s having difficulty trying to use Zoom, which was downloaded for him so that he can access the test session for the forthcoming environmental impact assessment hearings.

A desktop computer might make things easier but that belongs to his son and his employer won’t allow Zoom to be used on it, so it’s a new iPad for Peter, which he is also trying to work out. It’s not helped by the fact that Peter’s not feeling sharp because he’s in the midst of chemotherapy treatment.

I switch to my iPad so I can see what he’s seeing, and between us we manage to both access the test session. We arrange to get in touch again closer to when Peter is due to speak, in case he has any questions.

Taking one for the team

Peter is one of over 10,000 people who have made a submission against a proposed new gas project to be located smack in the middle of an internationally protected wetland in Westernport Bay on Victoria’s Mornington Peninsula. AGL want to moor the floating gas unit (FSRU) – a 300m long, 17-storey high ship – that will receive LNG from carrier tankers.

The LNG will be converted to gas via a process which will suck up millions of gallons of seawater and return it, chlorinated and seven degrees colder, to the ocean.

The gas will then be sent via a 56 km pipeline built by APA through areas of high conservation value – including the home of the endangered Growling Grass Frog and the Southern Brown Bandicoot – to the satellite suburb of Pakenham.

Peter feels particularly strongly about the project because he is one of the closest residents to the FSRU and the start of the pipeline. Even the project’s proponents have acknowledged that the ‘liveability’ of Peter’s house will be compromised by construction and ongoing (24-7) operational noise and artificial lighting.

As AGL’s General Manager for Energy Supply told ABC News, people like Peter are ‘taking one for the team’. AGL’s spin is that such people will make sacrifices so that Australian consumers will benefit from this ‘solution’ to a claimed gas shortage that will result in supposedly cheaper prices.

Many other residents and regular visitors to the Peninsula are anxious about the impacts on their amenity and on the biodiversity of the area they love – including mangroves, seagrass, saltbush, migratory birds, whales and dolphins.

Peter’s experience of how difficult it is to make oneself heard about the project is far from unusual. Here in Westernport we’ve known about what’s proposed for over three years, and pushed for the project being referred in October 2018 for assessment under Victoria’s Environment Effects Act.

That legislation requires the proponent to prepare an environment effects statement (EES), which is then exhibited to the public for submissions.

It took more than 18 months for AGL and APA to provide the EES to the Minister for Planning, Richard Wynne. By then coronavirus had struck.

While Minister Wynne was considering whether the EES was ready for exhibition, metropolitan Melbourne, including the Mornington Peninsula, was under Stage 3 COVID-19 restriction

We had now also heard that the EES would be 11,000 pages, including 17 highly technical reports. The standard time during which the public must read and respond to an EES is 6 weeks.

Now we were faced with this task while working and running kids’ schooling from home, and worrying about finances and health. Save Westernport wrote to the Minister requesting postponement of the exhibition until the pandemic was over.

Minister Wynne refused to pause the process, instead offering a two-week ‘pre-period’ so that people could request hard copies or USB sticks of the material in time for the start of exhibition. He also extended the exhibition period – by two weeks.

At the same time the Victorian Government gave coronavirus as a reason to postpone reforms to environment protection laws until 2021 and to indefinitely delay setting new State climate targets.

At the time of our ministerial request, it was generally anticipated that after a few weeks, Victoria would progress to less onerous restrictions, and eventually to none at all. The pandemic took a different path, and after exhibition began under Stage 2 restrictions, Stage 3 restrictions were re-introduced four business days later.

Under Stage 3, public gatherings were strictly limited. We could not effectively assist people and they could not work together to make submissions.

With almost everyone forced to work from home, we had to rely on often unreliable remote technology for coordination and planning and to try and obtain – including raising funds for – the legal assistance and independent expertise necessary for the inquiry stage of the process.

In a further blow to our efforts to respond to the EES, new working arrangements for public servants under the COVID restrictions meant that government departments and Ministerial offices often were – and continue to be – not reliably staffed to respond to public requests for information.

Supported by other organisations and later our local MPs, over the next three weeks Save Westernport made a further three separate requests to the Minister for a halt to the exhibition until restrictions had eased.

Our own local Council sought a similar postponement. Minister Wynne made no substantive response, and our appeal to the Premier appeared to have fallen on deaf ears.

On 2 August a State of Disaster with associated Stage 4 restrictions for metropolitan Melbourne was declared. We were now completely unable to meet face-to-face outside our households, and necessarily preoccupied with maintaining the health, welfare and safety of ourselves and our families.

A letter from our lawyers to the Minister finally received a response: he would not postpone the exhibition phase.

Are we really all in this together?

Under Stage 4 lockdown, one of the few ways to get outside is for exercise within five km of home. For many of us living near Westernport Bay, that can mean a walk on the beach.

Every time I do that now I think about what my vista would look like with at least a 40% increase in huge tankers traversing the Bay, and knowing then that the FSRU is damaging the environment just around the corner. My attempt to get some solace from nature is always shadowed by this now.

Metropolitan Victoria’s lockdown has led to depression and exhaustion, particularly for people for whom emotional wellbeing is already a struggle. But for me and others fighting this project, the flatness is twinned with stress and rage.

We fight to get our submissions in on time. We fight to get many of them officially counted (essentially due to Government refusal – unlike the more flexible recent practices of Royal Commissions – to fully accommodate responses not submitted through the official portal which was one of three different websites to which the public was referred).

Now we face ten weeks of remote hearings. One long Zoom meeting for every day of 39 days, during which we will separately have to somehow also arrange to discuss urgent details with lawyers and each other.

Since submissions closed, both major political parties have ramped up their spruiking of gas as the economic savior. The many local opponents of the Westernport project include our businesses, who want to shape the Peninsula’s already considerable tourist economy into a clean, green, post-COVID recovery beacon.

Will the destruction caused by new fossil fuel developments now be ignored in the name of a ‘quick but dirty’ economic recovery?

On the federal stage, the Environment Minister wants to weaken the Environmental Protection and Biodiversity Conservation Act to fast-track fossil-fuel developments. She calls this ‘green tape’, but as an environmental lawyer I know it’s never been anything more than crepe paper that has failed to halt Australia’s extinction crisis and barely even mentions climate change.

The law was under independent review, but now the pandemic is being used to justify rushed changes in Parliament this month, and devolve environmental approval powers to the states.

My community’s experience of dealing with AGL’s gas proposal doesn’t inspire much confidence in state laws as the only arbiter. And after all the hearings are over and the committee has released their report on the environmental effects, Minister Wynne can still simply approve the project anyway, and the community has no clear right to appeal.

Dancing to whose tune?

At times I’ve looked out over the beach with a sense of powerlessness. Feeling out of control is common during this pandemic, but perhaps especially when we think about our environment.

Just a short time ago the summer bushfires brutally brought home the realities of growing climate catastrophe. Coronavirus, and no doubt other plagues to come, has been attributed at least in part to human disturbance of places and species that were meant to remain wild.

Many of us around the world now feel a deep and ongoing grief about what we humans have already done to our planet. While we try to minimise our footprint on ground that has already been trampled, we are often boxed in by corporate interests further encroaching on all that we hold dear.

A healthy society depends on a healthy natural world around us. But the natural world also needs us to live differently and protect what sustains us, before it is too late. It’s not a choice any more. We must battle to make existing government processes of ‘community participation’ in environmental decision making into something real.