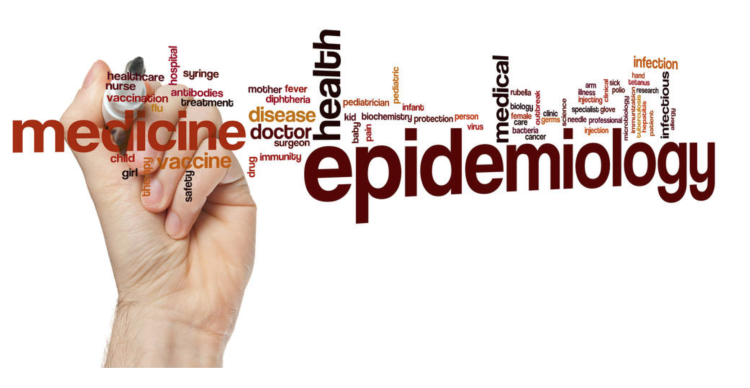 Epidemiology is key at the ‘start, middle and end’ of public health responses to infectious disease

Introduction by Croakey: The world’s leading epidemiologists will descend virtually on Melbourne this weekend for the World Congress of Epidemiology (WCE) 2021.

And with Melbourne in lockdown in an effort to contain the latest COVID outbreak, it couldn’t be more timely for the city to virtually host a gathering of more than 1,000 researchers, students and epidemiology professionals.

Epidemiology is used across all areas of health – including social, community, and preventative medicine – but it has been the discipline’s critical role in the COVID-19 pandemic that has opened the wider community’s eyes to the importance of epidemiology in public health.

Terminology that was once reserved for the pages of peer-reviewed journals – the daily Reff, or effective reproduction number, the latest waste-water surveillance findings, and data interpretation – are now casually used in dinner-table conversations around the country.

Some epidemiologists have even gathered a fan base. 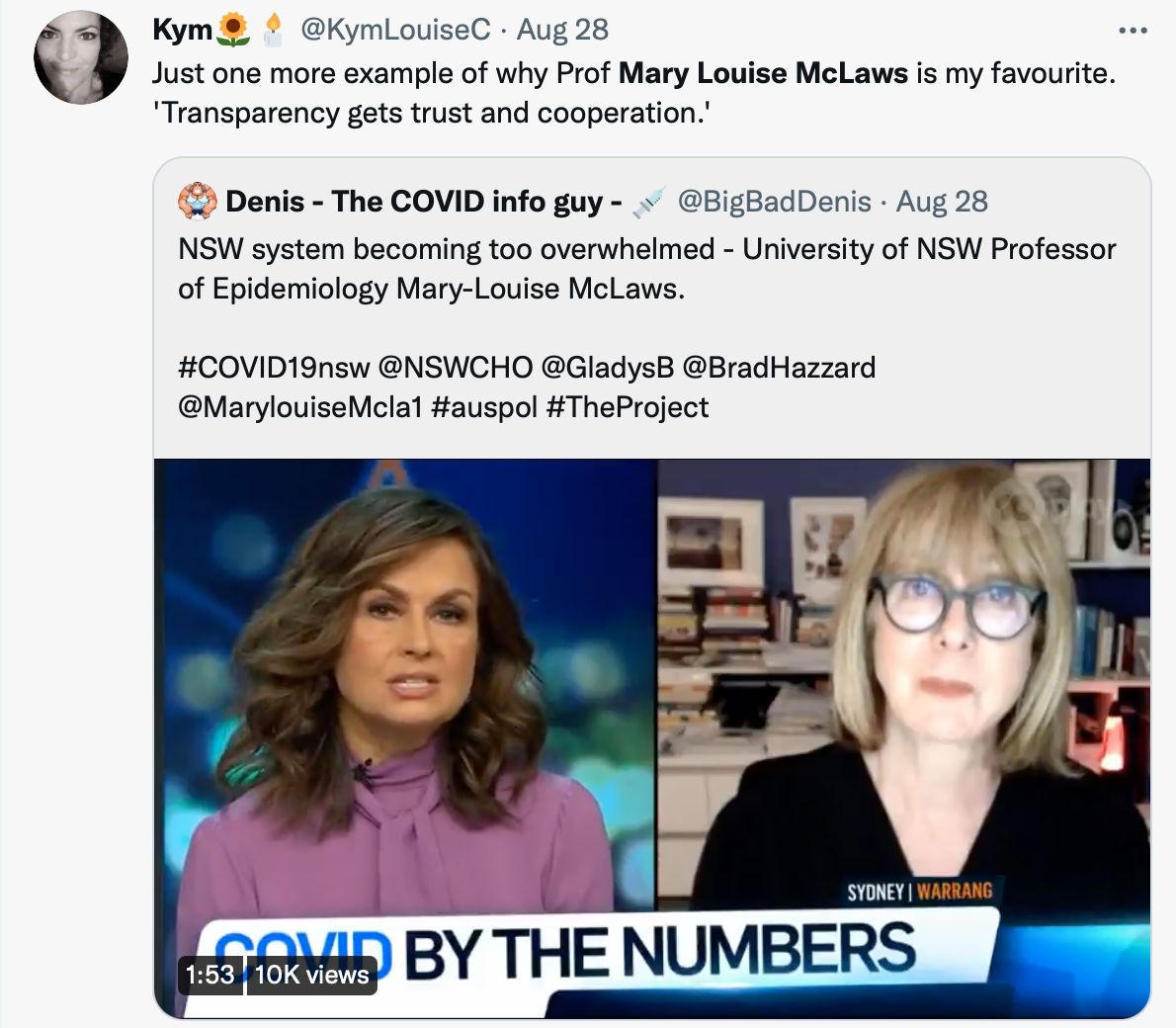 Speaking ahead of the four-day Congress, Victoria’s Chief Health Officer Professor Brett Sutton said the importance of epidemiology and the need for ongoing investment in epidemiological expertise has never been so important or widely appreciated as it is now.

“As nations around the world continue to struggle with new, more infectious variants of COVID-19, access to the best information when we need it, has become an urgent priority,” Sutton said.

“Indeed, epidemiology forms the start, middle and end of any public health response to infectious diseases. And this is being evidenced in the work epidemiologists are doing every minute of every day across the globe.”

Professor Tony LaMontagne, WCE 2021 co-chair and Professor of Work, Health and Wellbeing at Deakin University, said that the proper resourcing of public health should be one of the highest priorities to emerge from the COVID-19 pandemic.

He said the value of measures like disease surveillance – which could sometimes be taken for granted – was now clear.

“You could even stop someone on the street now, and they would know that if we don’t adequately staff contact tracing, there is no way we can get the lid back on [disease outbreaks],” he said.

Professor Linda Slack-Smith, co-chair of the WCE 2021, noted, however, that epidemiology’s moment in the limelight did not guarantee a secure future.

“It’s great to have the attention,” said Slack-Smith, a social epidemiologist from the University of Western Australia.

“But that doesn’t always mean you get that long-term political support in terms of funding. The pandemic has really highlighted the need for a strong commitment to epidemiology, translation to policy, and political support for that evidence, but we still have a lot of work to do to secure the necessary support.”

And while the pandemic has afforded some higher profile epidemiologists rockstar status, it has been a challenging time for many.

LaMontagne was concerned that epidemiology had been politicised during the pandemic.

“It’s tragic,” he said. “You can get chewed up and spat out … it’s quite a tricky space to operate in.”

But, he said, most epidemiologists had stepped up to the challenge, and most are excellent communicators.

The pandemic forced the cancellation of the live WCE last year, presenting a raft of challenges to its organisers in transitioning to a virtual event.

Despite these difficulties and disappointment that they would not be meeting face-to-face with friends and colleagues, LaMontagne and Slack-Smith said there were benefits to staging the WCE online.

“There is a real privilege around attending conferences,” Slack-Smith said. “People who haven’t had that opportunity through family responsibilities, or through living in low- and middle-income countries or in remote settings will be able to attend this Congress.”

LaMontagne said the Congress organisers were also “incredibly proud” to be offering full bursaries to 217 participants (including 19 sponsored by the Japan Epidemiological Association and 37 sponsored by the AEA) – almost four times the number awarded at previous events.

“This will likely be a first-time experience for many delegates, and not just for early-career delegates,” LaMontagne said.

He added that epidemiologists from low- and middle-income countries would also gain access to valuable short courses that might usually be difficult to attend.

“That’s a big part of the capacity-building aspect of the Congress,” LaMontagne said.

An innovative feature of the WCE 2021 program is the Early Career Workshops, providing up-and-coming epidemiologists with the opportunity for feedback from senior epidemiologists.

For the workshops, three early career researchers will present a challenge that they are grappling with in their research, followed by a response and discussion to be discussed by senior epidemiologists.

“For a student, or any early career researcher, to get the attention and feedback of the best people in your discipline is an extraordinary opportunity,” LaMontagne said.

He added that it was often challenging to forge connections between early career and senior researchers and that was one way to try to achieve that.

“It’s even just a psychological boost, as an early career researcher, to be talking – for example – to one of the authors of the textbooks you have you used as a student.”

Epidemiologists from the Victorian Department of Health – a major sponsor of the WCE – will showcase systems and programs they have developed and are now using daily to protect the health of Victorians.

“A good example is microbial genomics and genomic sequencing, a technology developed through leveraging translational research funding only six years ago,” Professor Brett Sutton said. “It has now been integrated into our routine communicable disease surveillance, particularly for detection and response to food-borne disease outbreaks, and the COVID-19 response.”

He also pointed to the development of waste-water surveillance used to detect antimicrobial resistance, which has now been applied to the COVID-19 response, along with advanced analytic approaches such as data linkage and cluster detection tools.

At the Congress, epidemiologists from the Victorian Department of Health will showcase systems and programs they have developed and are now using daily to protect the health of Victorians.

Among them will be a demonstration of Syndromic Surveillance (SynSurv) in a Breakfast Symposium on 5 September. SynSurv has broad aims, from providing early warning of a thunderstorm asthma event to detecting a single severe adverse event following vaccination. The system is already undergoing testing and will support Victoria’s health system with critical early warning of these types of fast-moving incidents

Another epidemiological tool developed by the department that will be presented is Cluster Tracker, an advanced spatial statistical tool, which improves the timeliness and prioritisation of salmonellosis notifications to enhance public health decision making, and serves as an example of how spatial methods can improve real-time surveillance.

The WCE will hear keynote presentations from a range of distinguished speakers, including:

Slack-Smith, who has attended seven previous WCEs, said often conferences focussed on research and she was looking forward to this year’s teaching epidemiology stream.

“We don’t talk about either teaching or the practicalities of what we do enough,” she said.

Several streams will also focus on the Countdown to 2030, and efforts to meet the United Nations’ Sustainable Development Goals.

A further benefit of the higher profile of epidemiology during the pandemic has been the increased interest from students.

Slack-Smith said the role of epidemiologists in pandemic management had promoted public health in a “really positive way”.

“It’s definitely inspired our public health students; they are keen to look at the opportunities in the area,” she said.

LaMontagne said student numbers in his basic epidemiology course had increased from around 150 to more than 200.

“My hope is that we will end up recruiting more talented people, and that will be a good thing,” he said. “Particularly for the next pandemic. 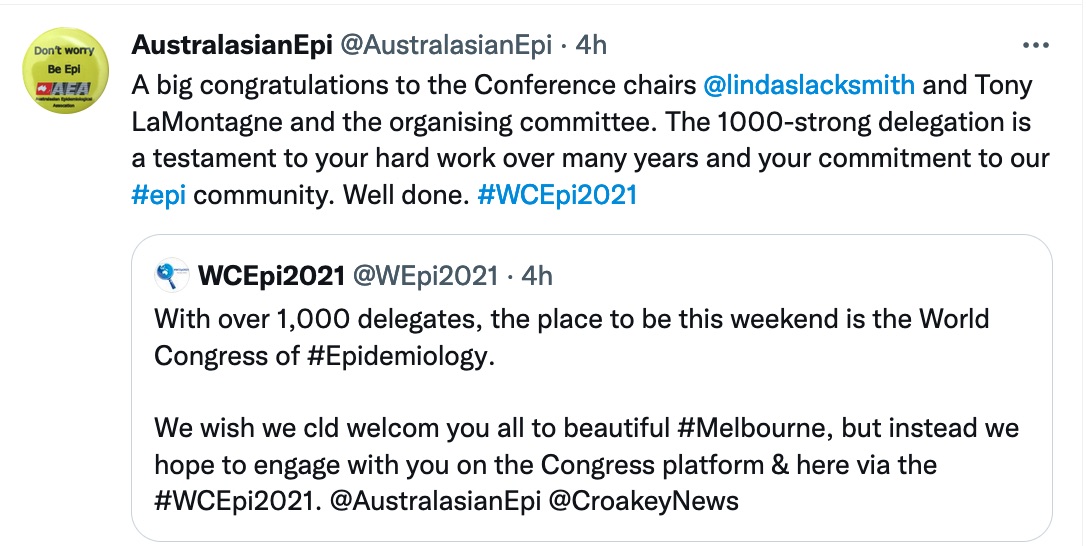 PrevPreviousFacing storms and fires, the United States puts the spotlight on climate action and health equity
NextAboriginal communities across Australia must be safe before we open upNext