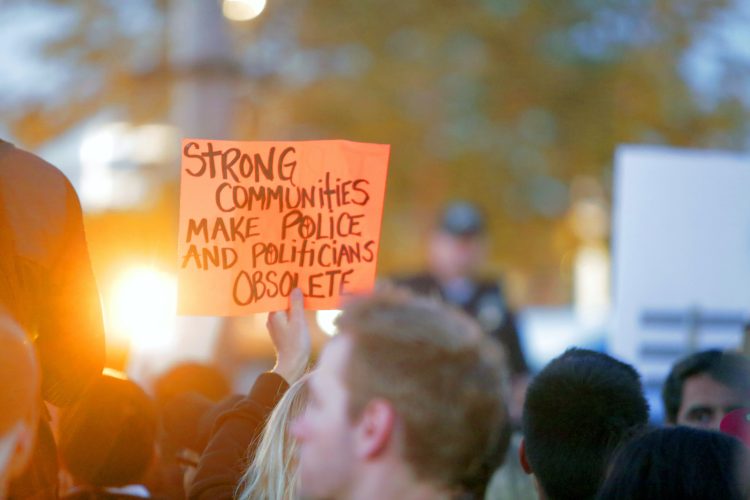 Equity can be no afterthought in COVID response

Introduction by Croakey: Some 300 Australian Defence Force troops joined the COVID-19 response in Sydney on Monday, as New South Wales officials reported 207 new cases of the virus and a 15th death linked to the current outbreak.

According to the Defence Department, the military contingent will assist with isolation and welfare checks, accompany NSW police patrols and assist with transport and logistics as Australia’s most populous state continues to grapple with a surge of the virulent Delta strain.

The troops are “not authorised as law enforcement officers, nor are they able to enforce health orders,” Defence has said of the civil support operation, which is “guided by the Australian constitution”. 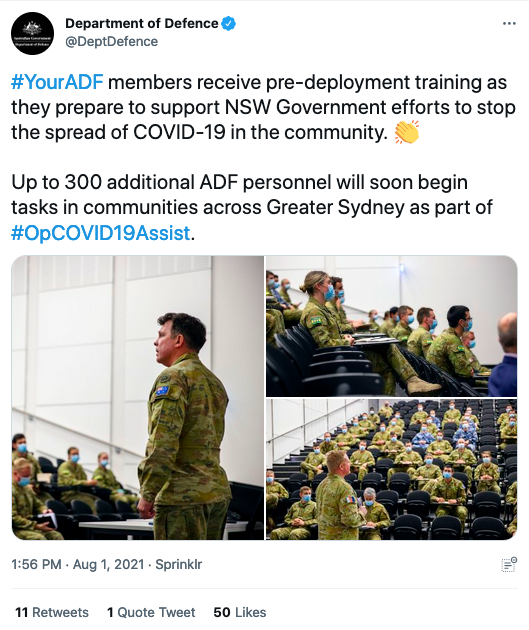 Critics of the move have described it as “extreme” and warn it could be traumatic for some in the affected communities, which are home to over-policed and disadvantaged minorities including refugees who have fled war and civil unrest.

Yesterday the New South Wales Government announced it had requested 300 troops from the Australian Defence Force to assist in policing compliance with mobility restrictions and masking requirements in eight local government areas (LGAs) targeted with the most intensive form of lockdown.

This will be NSW’s ‘Nine Towers’ moment. I’m referring to Victoria’s lockdown of nine public housing blocks with zero notice and zero wraparound support. It crystallised distrust in the Department of Health and Human Services, as it then was, among people most vulnerable to the burgeoning second wave outbreak.

The LGAs in question are home to many of the essential workers who do the back-breaking work that keeps supply chains operating — ensuring there’s a steady supply of food on the shelves and toilet paper to run out of.

The LGAs have high rates of people whose first language is a language other than English. Many are migrants from countries with recent history of wars and civil war. Many have come from authoritarian regimes where the government showing up at your door means something very bad is about to happen. Young residents in particular suffer disproportionate rates of street policing.

And we’re about to put police and defence force personnel on street corners, and perhaps task them to go door-to-door policing restrictions on gatherings.

In other words, because of pre-existing vulnerabilities, the intervention strategies chosen for the Eight LGAs will have serious negative consequences.

I’ve already seen articles discussing the public health ethics of this response. But self-appointed public health ‘hard-heads’ have little truck with ethics. They see efficacy as the point of public health, and ethics and equity as secondary considerations, something to worry about when the crisis is over. 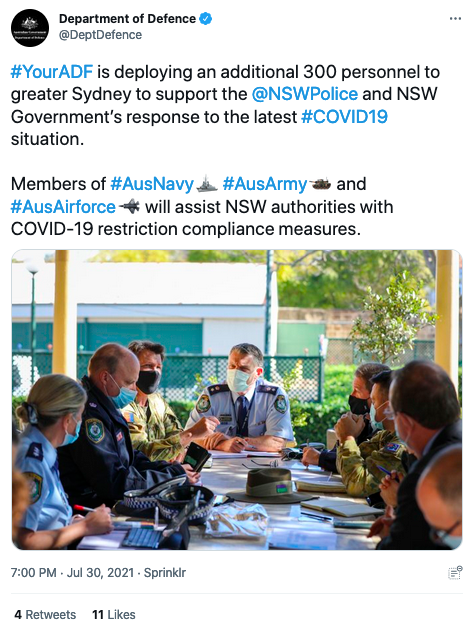 Health equity is often described using Whitehead’s definition: an inequity is a difference in public health outcomes that is preventable and therefore unfair. It begins with data and ends with a moral judgement: is this fair?

I propose a more condensed definition: equity is the distribution of efficacy.

The differences in outcomes are stark: people in the Eight LGAs are far more likely to acquire, get sick from and transmit Covid-19. Because we’re dealing with a highly contagious pathogen, the difference in outcomes poses a constant risk of transmission elsewhere in Sydney.

Never mind fairness: inequity is a matter of life and death.

There’s a clear mechanism behind this difference in outcomes: residents have communication requirements that we are failing to meet.

English speakers can easily tune into the 11AM press conference and find out what we need to do to protect ourselves and others. But until this week, nobody was translating the 11AM press conference into written languages other than English. You could find posters with basic messages about hand-washing but nothing explaining why we need to minimise mixing between households, in other words, the rationale behind the restrictions.

So we have an efficacious intervention — communication — that we are presently distributing to people who have the least need of assistance. And we’re using surveillance and punishment to respond to people with the greatest need of effective communication. The interventional math doesn’t add up.

That’s the kind of clarity we need to demand from the self-appointed ‘hard heads’ of public health. In a pandemic, ethics is not an afterthought: fuck it up, and the unequal distribution of efficacy will come and fuck you up.

PrevPreviousDoctors in the Department of Health: on top or on tap?
NextPush for babies to go ‘the whole nine months’ to reduce learning and developmental risksNext