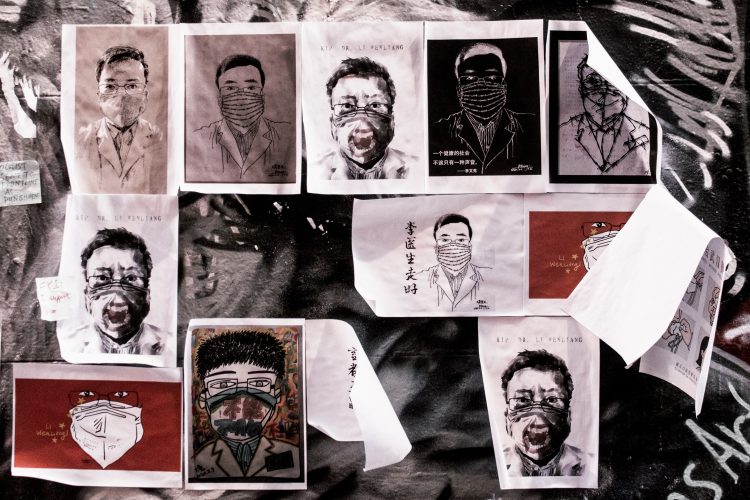 ‘Escape from the pandemic era’ – expert report makes case for prevention, for human and planetary health

Introduction by Croakey: A CSIRO report released on Wednesday warns Australia is at risk of increased disease outbreaks and pest incursions, weakened exports, and damage to its global trading reputation.

In the five years to 2017, the amount of biosecurity risk materials intercepted in Australia increased by almost 50 per cent. At the same time, the risk of biosecurity threats like pandemics are on the rise, fuelled by global trade and travel, urbanisation, climate change, biodiversity loss and antimicrobial resistance.”

The report – Australia’s Biosecurity Future: Unlocking the next decade of resilience –  was co-developed with Animal Health Australia, Plant Health Australia and the Centre for Invasive Species Solutions.

CSIRO’s Director of Health and Biosecurity Dr Rob Grenfell said in a statement COVID-19 illustrated the interconnectedness between human, animal and environmental health and where “a weakness in one is a vulnerability for all”.

“How Australia navigates the changes needed over the next decade will significantly impact the health of Australians, our communities, ecosystems and agricultural systems and food security into the future,” he said.

The CSIRO report follows the release of a new global report into biodiversity and pandemics, published by the high-level Intergovernmental Science-Policy Platform on Biodiversity and Ecosystem Services (IPBES).

As Croakey journalist Amy Coopes reports below, it says the underlying drivers of pandemics are “the same global environmental changes that drive biodiversity loss and climate change”.

It warns that unless there is a “seismic shift” in how countries collectively deal with infectious diseases, future pandemics will emerge more often, spread more rapidly, cause greater damage to the global economy and kill more people than COVID-19,

This is the stark warning offered by a new report into biodiversity and pandemics, published by the high-level Intergovernmental Science-Policy Platform on Biodiversity and Ecosystem Services (IPBES).

The report, which IPBES describes as “one of the most scientifically robust examinations of the evidence and knowledge about pandemic risk and nature since the COVID-19 pandemic began”, cites more than 700 sources from across the fields of epidemiology, zoology, public health, disease ecology, comparative pathology, veterinary medicine, pharmacology, wildlife health, mathematical modelling, economics, law and public policy.

It offers a frank assessment of emerging infectious diseases, outbreaks of which is says are becoming more frequent, “entirely driven by human activities”.

The IPBES report describes the underlying drivers of pandemics as “the same global environmental changes that drive biodiversity loss and climate change”, including land use changes, agricultural expansion and intensification, and wildlife trade and consumption:

These drivers of change bring wildlife, livestock, and people into closer contact, allowing animal microbes to move into people and lead to infections, sometimes outbreaks, and more rarely into true pandemics that spread through road networks, urban centers and global travel and trade routes.

The recent exponential rise in consumption and trade, driven by demand in developed countries and emerging economies, as well as by demographic pressure, has led to a series of emerging diseases that originate mainly in biodiverse developing countries, driven by global consumption patterns.

Pandemics such as COVID-19 underscore both the interconnectedness of the world community and the rising threat posed by global inequality to the health, wellbeing and security of all people.”

Current pandemic strategies focused on disease response but, as the novel coronavirus pandemic had shown, this was a “slow and uncertain path” that resulted in mounting human costs: “in lives lost, sickness endured, economic collapse, and lost livelihoods”, the report said

Instead, it advocated for preventative strategies focused on the reduction of anthropogenic global environmental change.

“Pandemic risk could be significantly lowered by promoting responsible consumption and reducing unsustainable consumption of commodities from emerging disease hotspots, and of wildlife and wildlife-derived products, as well as by reducing excessive consumption of meat from livestock production.” it said.

“Conservation of protected areas, and measures that reduce unsustainable exploitation of high biodiversity regions will reduce the wildlife-livestock-human contact interface and help prevent the spillover of novel pathogens.”

Without action to tackle the common drivers of climate change, biodiversity loss and emerging infectious disease, the report said pandemics would “emerge more often, spread more rapidly, kill more people, and affect the global economy with more devastating impact than ever before.”

It said the risk of pandemics was already rapidly increasing, with 1.7 million undiscovered viruses thought to exist in avian and mammal hosts, of which up to 850,000 could have the ability to infect humans — a so-called spillover or zoonotic event which accounted for the majority (70 percent) of emerging infectious disease (Ebola, Nipah, Zika) and almost all known pandemics (HIV/AIDS, influenza, COVID-19).

It estimated that more than a third of new diseases seen in the past 60 years had been caused by land use changes including deforestation, human settlement, urbanisation, and expansion of crop and livestock production. These created “synergistic effects with climate change” that had, in concert with biodiversity loss, seen the emergence of important novel pathogens, the report said.

More than five new diseases emerged in humans every year with the potential to spread, “driven by exponentially increasing anthropogenic changes”, it said, estimating the annual cost of such emerging pathogens as likely in excess of $1 trillion.

“Climate change has been implicated in disease emergence… and will likely cause substantial future pandemic risk by driving movement of people, wildlife, reservoirs, and vectors, and spread of their pathogens, in ways that lead to new contact among species, increased contact among species, or otherwise disrupts natural host-pathogen dynamics,” it said.

On an economic basis alone, the report said pandemic prevention made more sense than reflexive response, with risk reduction and surveillance costing two orders of magnitude less than the damage wrought by a global outbreak.

Though it said the true cost of COVID-19 would not be known until vaccines had been fully deployed and transmission contained, the bill had been put at $16 trillion in the US alone by the fourth quarter of 2021 (and that assumed an effective vaccine). Risk reduction would cost 100 times less, it said.

‘Escape from the pandemic era’

Looking ahead, it said land use decisions largely failed to account for human health, and health should be a key consideration for ecological restoration, which it described as “critical for conservation, climate adaptation and provision of ecosystem services”.

The report highlighted the importance of equity considerations, noting that pandemics affected countries and populations unequally, with the elderly and minorities suffering disproportionate impacts from COVID-19.

It said both disease and economic outcomes were often more severe on women, people in poverty and Indigenous peoples, and “to be transformative, pandemic control policies and recovery programs should be more gender responsive and inclusive”.

The report makes a number of recommendations on pandemic prevention, including, crucially, “designing a green economic recovery from COVID-19 as an insurance against future outbreaks”. It also calls for:

The report says its recommendations come “at a critical juncture in the course of the COVID-19 pandemic and the Great Acceleration of the Anthropocene”, where the manifest inadequacy of current reactive approaches have been underscored by more than one million human deaths and a huge socioeconomic toll.

Dr Peter Daszak chaired the expert workshop which authored the report, and he said there was “no great mystery about the cause of the COVID-19 pandemic – or of any modern pandemic”.

“The same human activities that drive climate change and biodiversity loss also drive pandemic risk through their impacts on our environment,” said Daszak.

“Changes in the way we use land; the expansion and intensification of agriculture; and unsustainable trade, production and consumption disrupt nature and increase contact between wildlife, livestock, pathogens and people. This is the path to pandemics.”

We have the increasing ability to prevent pandemics – but the way we are tackling them right now largely ignores that ability. Our approach has effectively stagnated – we still rely on attempts to contain and control diseases after they emerge, through vaccines and therapeutics.

We can escape the era of pandemics, but this requires a much greater focus on prevention in addition to reaction.

The fact that human activity has been able to so fundamentally change our natural environment need not always be a negative outcome. It also provides convincing proof of our power to drive the change needed to reduce the risk of future pandemics – while simultaneously benefiting conservation and reducing climate change.”

PrevPreviousStark difference: What the US election will mean for Australian and international science
NextAn open letter from 1,200 Australian academics on the Djab Wurrung treesNext