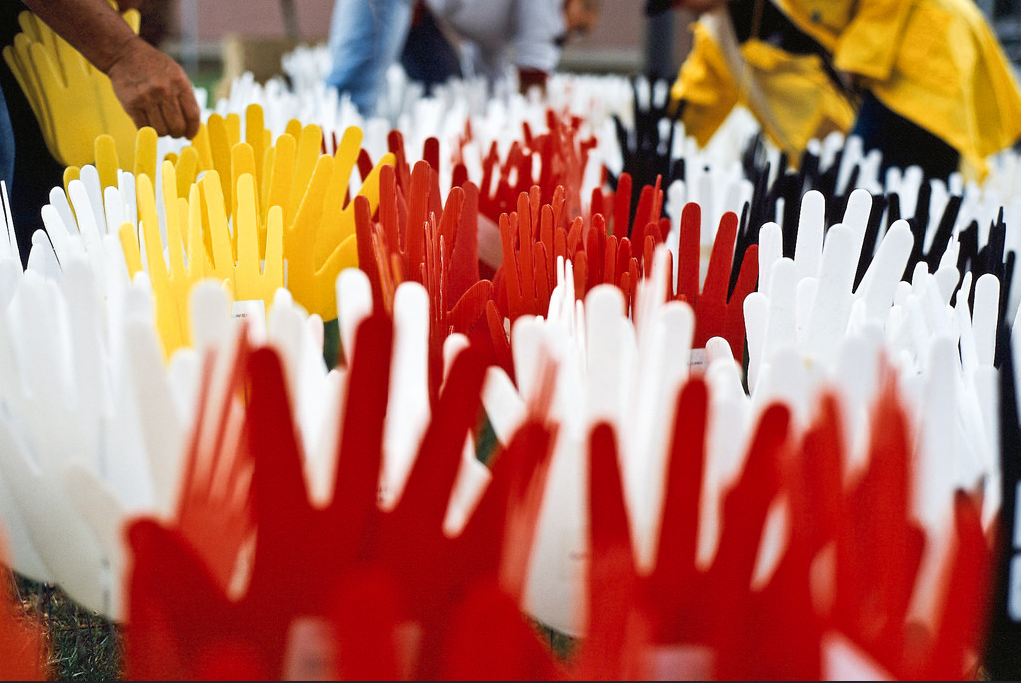 Everyday Closing the Gap: “A person’s Aboriginality should not be more important than their individuality.”

Sydney-based intern Dr Talila Milroy writes in this post on the critical importance in health care of respecting diversity, saying:

As clinicians we are individually responsible for our patients. We strive to achieve outcomes for them as individuals. Rather than think solely about how population-level details, such as being Indigenous, affects individuals, we should think of the ways in which our individual interactions can have population level implications.

It’s a timely article at the beginning of NAIDOC Week 2016 (3-10 July), where the history, culture and achievements of Aboriginal and Torres Strait Islander peoples are being celebrated across Australia under this year’s national theme: Songlines – The living narrative of our nation.

Dr Milroy’s post was first published for onthewards on 3 July 2016 and can be read at its original location at  Everyday closing the gap.  onthewards.org is a free open access medical education website and not for profit organisation that aims to improve the availability of resources for medical students and junior doctors. It is reposted here with thanks.

My argument is that a person’s Aboriginality should not be more important than their individuality.

Despite my own experiences with identifying as Indigenous within the health care system there are, and should be, benefits for patients in doing so. I believe that if doctors and health care professionals treat their Aboriginal patients as individuals, rather than a homogenous group of disadvantaged health consumers, we can work towards ‘closing the gap’ within Indigenous health care.

Statistics about Indigenous health status reveal an undeniable disparity between the health outcomes of Indigenous and non-Indigenous people in Australia. At a national level these differences cannot be discounted. Statistically Aboriginal and Torres Strait Islander people are leagues behind non-Indigenous Australians where health equality is concerned. Widespread research will tell us that much of the cause of this is the underlying social and economic disadvantage faced by Indigenous people.

‘Within a significant body of research internationally, the social environment has been demonstrated to play a critical role in the production of health inequalities. Poverty, unemployment, poorer education and economic marginalisation are key socio-economic drivers of indigenous health disadvantage. The impact of this disadvantage is mediated within a context in which indigenous Australians have poorer access to adequate housing, a healthy physical environment, and good health and related community services. Individual factors – behaviours and responses to stressors – play a critical role in mediating the impact of this social environment’ (Anderson, Ian, 2008).

However, government attempts at implementing healthcare strategies for Indigenous people are repeatedly ineffective due to the failure to recognise individual and intercultural diversity. Indigenous people are culturally distinct within and between language groups and regions. For example, my family is from north Western Australia. Our cultural beliefs about creation and ancestral beings, while overlapping in features and function, are different to the beings described in cultural groups originating on the east coast. Blanket policy making cannot hope to capture this variability. Additionally it has also been argued that only through local engagement with communities, to capture their unique set of characteristics and needs, can health care systems be implemented successfully (Anderson, 2008).

Likewise, at an individual level our interactions with patients need to be just that – individualised – to help us move towards building a bridge between the infamous ‘Gap’.

As a medical student I was fortunate enough to do a four-week rotation at the Aboriginal Medical Service in Roebourne, a rural community in north Western Australia and where my family community is based. This town does have poverty and faces all the challenges of rural health care delivery. I was also fortunate to do a placement in the Aboriginal Medical Service in Redfern. This was another fantastic experience, but with a completely unique group of patients who had their own challenges and health care concerns. The patients attended these services because they catered specifically to them as Indigenous people.

In both of these disparate communities I saw Aboriginal people who came from disadvantaged backgrounds and those who were not from disadvantaged backgrounds. Specifically I saw services that provided care that was targeted towards Indigenous people but not targeted towards socio-economic status. Indigenous specific services provide a safe place for people to access health services. Patients are able to attend with the knowledge they will be treated fairly and without prejudice. But surely this is the promise of all public health care services?

As doctors, how can our individual interactions improve the perception of an entire health service’s commitment and attitude to Indigenous health?

Our response to a patient’s identification as Indigenous is one place to start. Asking the question is not enough. A positive response with genuine engagement can direct patients to services that they may be unaware of.  There are many times when I have identified as Aboriginal and been told ‘you do not look Aboriginal’ or asked ‘What percentage of Aboriginal are you?’. Questions and statements such as these are not appropriate.  As a patient, when this is one of the earliest interactions I have with a professional, I am immediately reluctant to return to that service. I think this is one aspect that shapes the feeling of security in attendance at an Indigenous-specific service, because there is an unsaid guarantee that these interactions will not occur.  There is an agreement that you will not have to defend your identity or be asked questions outside of your presenting complaint.

Again, emphasis on the health care presentation, rather than a person’s Indigenous status is the key. In Indigenous-specific services a person’s Indigenous status is an assumed demographic, but certainly not the most pertinent one. An individual’s health concerns are not solely defined by the fact that they are Aboriginal.  Their health issues can be managed in a similar way as they would be in other health services. However, accessing an Indigenous-specific non-discriminatory health service makes access to specialist services easier and more streamlined to ensure continuity of care and holistic care.

For example, one elderly female who I saw came in with concerns that she had insects crawling from her ears and over her body. She had been to multiple other health services that had put these fears down to mental health issues due to past diagnoses and treatments. I completed my history and examination in full. One of her ears in fact did have an abnormality inside and my supervisor arranged for further investigations and follow-up. She was so relieved. For the first time her fears and concerns had been listened to, she was taken seriously and she had a plan.

My argument is that a person’s Aboriginality should not be more important than their individuality.  In becoming increasingly evidence based we risk forgetting the individual factors that, for better or worse, are influencing their health. I feel that when clinicians see a person’s Indigenous status as their most pressing health issue, we are blinded to other potential concerns that need to be addressed. There have been occasions when other doctors I have been working with have referred to an Aboriginal patient we are caring for as ‘The Aboriginal Lady’, where a non-Indigenous lady with a similar reason for admission would simply be referred to as ‘Mrs. X’. It is in these moments that I see how, despite the emphasis for health professionals to be educated in cultural competence, there at times is a lack of cultural commonsense.

I have never heard another clinician be consciously or maliciously racist to an Aboriginal person but I have seen unconscious bias and racism. For example, a doctor using the word ‘Abo’ when referring to an Indigenous patient and being seemingly unaware that this is an inappropriate expression. It is the subtle stereotyping and perceptions that are freely expressed that can influence multiple people within a close health care team. I think we like to believe that we are non-discriminating in our encounters with Indigenous patients, but ignorance to the breadth of diversity of the individuals within this group of patients, and lack of knowledge about appropriate behaviour, makes this impossible.

As clinicians we are individually responsible for our patients. We strive to achieve outcomes for them as individuals.  Rather than think solely about how population-level details, such as being Indigenous, affects individuals, we should think of the ways in which our individual interactions can have population level implications.

If you are interested in learning more on this topic there is further information and resources available on HealthInfoNet and some practical cultural competency modules through the Royal Australasian College of Physicians that you may find helpful.

Dr Talila Milroy has a Bachelor degree in Medicine and Surgery from the University of Sydney, in addition to a Bachelor of Science in which she majored in psychology. She was the only Indigenous graduate in the class of 2015 in the Sydney Medical Program. During her undergraduate years Talila worked in the Faculty of Economics and Business at the University of Sydney, The Garvan Institute and Moreton Consulting.

PrevPreviousHealth was top of the 2016 election agenda: but how healthy is the result?
NextA briefing for the new government: delivering a healthy fair go for allNext