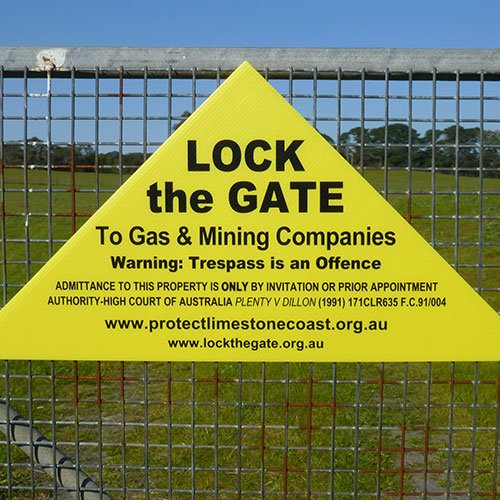 Evidence mounts that fracking is bad for your health

The arguments against fracking have generally focussed on its negative environmental impacts. However, there is mounting evidence that this drilling technique can also lead to a number of short and longer term health problems for local communities.

In the following piece Georgina Woods, the NSW Coordinator at the Lock the Gate Alliance, discusses this new evidence and its implications for fracking operations in the Western Downs region of Queensland.

The Western Downs in Queensland is endowed with fine natural assets. A combination of rich soils, good water and a strong local community helped turn the area into a leading area of food production and agriculture for Queensland.

But the Downs has also become a huge invasive gasfield experiment, with thousands of gas wells and extensive gas infrastructure given the green light despite concerns about the health impacts of local residents.

Families forced to live in the gasfields have reported nausea, headaches and other medical complaints, and have raised serious concerns about the health risks to their children. They want answers on whether living in a gasfield is causing these symptoms.

A scientific report out last month confirms some of our worst fears about fracking and health.

Concerned Health Professionals of New York and Physicians for Social Responsibility have released a compilation of research into the health effects of fracking and unconventional gas that revealed a growing body of evidence that both are a major risk and current laws are failing to prevent harm.

The report reveals that people living near fracking and unconventional gasfields in the United States are experiencing a range of health problems including asthma, migraine headaches, chronic nasal and sinus symptoms, rashes and fatigue. These are symptoms familiar to people in Western Sydney and Southern Queensland where reckless Governments have waved through unconventional gasfields.

According to the report, regulation has not been able to prevent health impacts associated with air pollution, and drinking water contamination as a result of unconventional gas has now been confirmed.

Since July 2012, Australia has been conducting a National Assessment of human health and environmental risks from chemicals used in drilling and hydraulic fracturing for coal seam gas extraction in Australia.  The insight it might have provided has been half a decade in the drafting and in the mean time, Australians have been exposed to industrial practices whose health consequences we have not understood.

Approvals for exploration and unconventional gasfields have continued while Government investigations languish, resulting in a huge, irresponsible experiment with new technology without knowing the risk.

Even as the disturbing evidence such as this latest compendium mounts, little is done to keep these communities safe and stop the harm before it happens and the gas industry attacks those state governments, like Victoria, that have prioritised public health and sustainable agriculture over short term dangerous unconventional gasfields.

There are hundreds of residents living less than 400m from AGL’s gas wells in the suburb of Spring Farm, west of Sydney. Though AGL has announced it will cease production on the Camden gas project by 2023 it has refused to immediately close those gas wells closest to homes.
The more we learn, the more pressing the case to stop before it’s too late.

In Western Australia, the Northern Territory, South Australia and rural New South Wales, we have the chance to stop this harm before it happens. In Queensland all proposals to further expand this dangerous industry must be halted, and in Queensland and western Sydney, urgent assistance should be provided to families living amongst the health threat from unconventional gasfields.

Now that the evidence is accumulating that this industry is highly risky and harmful, we need a moratorium on all forms of unconventional gas until it can be proven safe for human health.

Georgina Woods is the NSW Coordinator at the Lock the Gate Alliance.

The Lock the Gate Alliance is a national grassroots organisation made up of over 40,000 supporters and more than 250 local groups who are concerned about unsafe coal and gas mining. These groups are located in all parts of Australia and include farmers, traditional custodians, conservationists and urban residents.