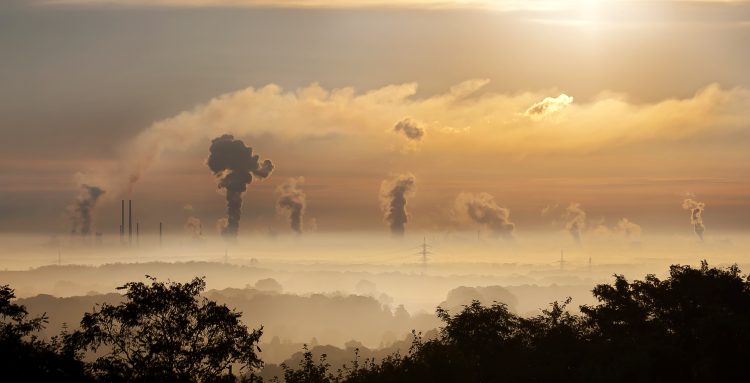 Introduction by Croakey: With gas mining and exploration a burning issue in some NSW electorates, a timely reminder of the effects of gas from Melissa Haswell and David Shearman.

By Melissa Haswell and David Shearman

Australia, like its competitors Qatar, Canada and the United States, aspires to become the world’s largest exporter of gas, arguing this helps importing nations reduce their greenhouse emissions by replacing coal.

Yes, burning gas emits less carbon dioxide than burning coal. Yet the “fugitive emissions” – the methane that escapes, often unmeasured, during production, distribution and combustion of gas – is a much more potent short-term greenhouse gas than carbon dioxide.

Read more: Who gets to decide whether we dig up coal and gas?

A special report issued by the World Health Organisation after the 2018 Katowice climate summit urged governments to take “specific commitments to reduce emissions of short-lived climate pollutants” such as methane, so as to boost the chances of staying with the Paris Agreement’s ambitious 1.5℃ global warming limit.

Gas as a cause of local ill-health

There are not only global, but also significant local and regional risks to health and well-being associated with unconventional gas mining. Our comprehensive review examines the current state of the evidence.

Since our previous reviews (see here, here and here), more than 1,400 further peer-reviewed articles have been published, helping to clarify how expanding unconventional gas production across Australia risks our health, well-being, climate, water and food security.

This research has been possible because, since 2010, 17.6 million US citizens’ homes have been within a mile (1.6km) of gas wells and fracking operations. Furthermore, some US research funding is independent of the gas industry, whereas much of Australia’s comparatively small budget for research in this area is channelled through an industry-funded CSIRO research hub.

There is evidence that living close to unconventional gas mining activities is linked to a wide range of health conditions, including psychological and social problems.

The US literature now consistently reports higher frequencies of low birth weight, extreme premature births, higher-risk pregnancies and some birth defects, in pregnancies spent closer to unconventional gas mining activities, compared with pregnancies further away. No parallel studies have so far been published in Australia.

Exploratory studies in Queensland found higher rates of hospitalisation for circulatory, immune system and respiratory disorders in children and adults in the Darling Downs region where coal seam gas mining is concentrated.

Chemicals found in gas mining wastewater include volatile organic compounds such as benzene, phenols and polyaromatic hydrocarbons, as well as heavy metals, radioactive materials, and endocrine-disrupting substances – compounds that can affect the body’s hormones.

This wastewater can find its way into aquifers and surface water through spillage, injection procedures, and leakage from wastewater ponds.

The environmental safety of treated wastewater and the vast quantities of crystalline salt produced is unclear, raising questions about cumulative long-term impacts on soil productivity and drinking water security.

Concern about the unconventional gas industry’s use of large quantities of water has increased since 2013. Particularly relevant to Australian agriculture and remote communities is research showing an unexpected but consistent increase in the “water footprint” of gas wells across all six major shale oil and gas mining regions of the US from 2011 to 2016. Maximum increases in water use per well (7.7-fold higher, Permian deposits, New Mexico and Texas) and wastewater production per well (14-fold, Eagle Ford deposits, Texas) occurred where water stress is very high. The drop in water efficiency was tied to a drop in gas prices.

Measuring concentrations and human exposures to these pollutants is complicated, as they vary widely and unpredictably in both time and location. This makes it difficult to prove a definitive causal link to human health impacts, despite the mounting circumstantial evidence.

Our review found substantially more evidence of what we suspected in 2013: that gas mining poses significant threats to the global climate, to food and water supplies, and to health and well-being.

On this basis, Doctors for the Environment Australia (DEA) has reinforced its position that no new gas developments should occur in Australia, and that governments should increase monitoring, regulation and management of existing wells and gas production and transport infrastructure.