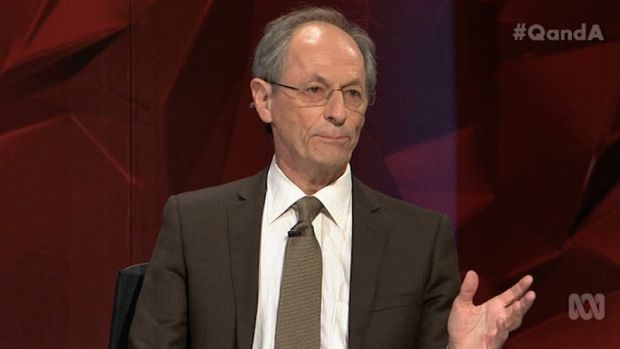 Fantasyland or a Fair Go? Michael Marmot on QandA

‘The opposite of poverty is not wealth, it’s justice’.

So began Sir Michael Marmot’s spirited defence of fairness on Q&A Monday night ahead of his inaugural Boyer lecture this week.

In a debate billed as concerning the ‘future of the fair go’, Marmot offered some fascinating insights drawn from his research into global inequalities in health, education, income and opportunities from the earliest moments of life.

With the opening question launching on Martin Luther King Jr’s ‘I have a dream’, the night was always going to be one of lofty rhetoric, and Marmot didn’t disappoint.

Dismissing recent commentary from Treasurer Scott Morrison about Australia’s ‘taxed and taxed nots’ as inappropriate and divisive, Marmot also argued that such language was not grounded in fact.

Will any government be brave enough to really try to find a pathway to combat inequality? @MichaelMarmot #QandA https://t.co/vG3dEaL9O9

Rather than dependent on welfare, Marmot said the majority of the world’s poor were in work and impoverished not because they were ‘shirkers’ but poorly paid.

In Australia, Goldie dismissed intergenerational welfare dependence as a ‘myth’ and said the proportion of people living on benefits long-term was in fact only about 5% — including full-time carers or those with a significant disability, arguably some of society’s most vulnerable.

Proportion of the working age population on welfare from 1978 to 2015. https://t.co/6UJJDl0Vmh pic.twitter.com/9ZS6QN7Wcd

To imply that some people were ‘leaners’ and didn’t contribute to the tax base was not only damaging and divisive, it was simply untrue given population-wide consumption taxes like the GST, she added.

She urged welfare to be seen as a social and economic investment rather than a cost, and this was supported by Marmot who said research had demonstrated that a social safety net actually boosted employment rather than detracted from it.

Marmot said the majority of citizens felt that income disparity had gone too far, citing British research that had shown people believed the income ratio of richest to poorest should be 6:1 and believed it was actually 12:1.

Mundine seized the mantle of villian with relish, accusing Marmot of living in ‘fantasy land’ by imagining that income can and ought to be more fairly distributed. Instead, he argued, it would be more constructive to focus on creating opportunities for (here’s that phrase we all know and love) jobs and growth.

He made some important observations on the drivers of joblessness for Indigenous communities, recounting the story of a young boy in Dubbo who, when told to go to school so he’d be able to get a job, countered that there was no point because he hadn’t seen an Aboriginal person in town  able to get work.

Mundine expounded at length on the billions of dollars that (apparently wastefully) went into Indigenous housing, and also claimed that — contrary to the stance of most others on the panel — most people on welfare (less than $40 a day) actually managed to live quite comfortably.

Warren Mundine does not speak for me as an Indigenous person; social equality is not #fantasyland it is worth fighting for! #qanda

An impassioned Marmot said he simply ‘did not accept’ Mundine’s proposition that looking beyond the status quo belonged in the too-hard basket.

Must create conditions for people to control their lives says @michaelmarmot. Community must be involved in decision-making #qanda #marmotoz

Given today’s #FirstPeoples1st100Days launch at parliament, we couldn’t agree more.

You can catch up with the full 60 minutes of Q&A here and don’t forget to keep the conversation going at #MarmotOz.

It’s also worth checking out Norman Swan’s chat with Sir Michael over at Radio National yesterday afternoon, and stay tuned for the first Boyer lecture on Thursday, which we’ll be attending and will be broadcast on RN this Saturday.