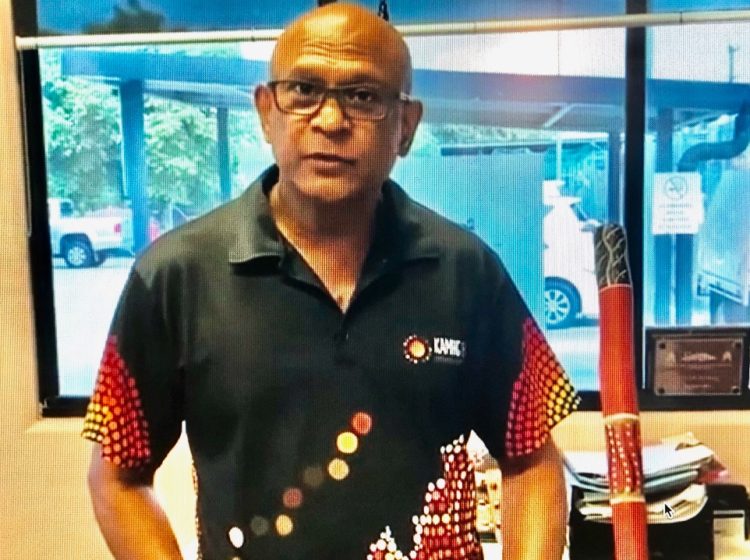 Introduction by Croakey: Prime Minister Scott Morrison has announced that travel to and from remote Indigenous communities will be restricted under the Biosecurity Act, with states and territories to nominate communities where these restrictions would apply, and restrict people from entering or leaving those prescribed areas.

These decisions would be made in consultation with Indigenous communities, he said.

Exemptions would apply for people needing medical care, and for those providing critical services such as medical care, mental health or domestic violence support, police and emergency services, food and medical supplies, educational, and maintenance and repairs of essential services, the Prime Minister announced after yesterday’s national cabinet meeting.

Meanwhile, Summer May Finlay argues the need for responses that are “forward-thinking and immediate”.

At a time of so much uncertainty and an increasing level of panic around the novel coronavirus, we need to understand the challenges faced by those among us who are at a higher-risk, and offer support based on their needs.

For many Aboriginal and Torres Strait Islander people, COVID-19 is an additional layer adding to the significant health burden they already face. If Governments in collaboration with communities do not address this burden, our mob will be disproportionately affected.

There are particular concerns for Aboriginal and Torres Strait Islander people during the COVID-19 pandemic.

The increased risk is the reason why the Commonwealth has formed the Aboriginal and Torres Strait Islander advisory committee.

The committee recognises the need to consider the needs of Aboriginal and Torres Strait Islander people living in urban and regional areas, where the vast majority of our population are. The committee is also working to fast-track a COVID-19 emergency response plan for remote Aboriginal communities.

Pat Turner, CEO of the National Aboriginal Community Controlled Health Organisation (NACCHO) and a member of the advisory committee, has said that if the virus gets into Aboriginal communities, it will be “absolute devastation”.

Overcrowded homes increase transmission risk of infectious diseases including COVID-19. Self-isolation, a key recommendation in reducing the spread of the virus, is near impossible in these circumstances.

The condition of houses is also posing a risk, as the state of household hardware  impacts the ability of people to sanitise, a key recommendation from all health departments in the fight against the spread of the virus.

“The long-term lack of resource investment and infrastructure makes us more vulnerable,” he said. “Containment is critical for us; however, isolation in overcrowded houses won’t work.”

Pat Turner said, “remote communities are especially vulnerable“. They already experience some of the worst health outcomes in the world, with limited health resources.

Some have yet to receive personal protective equipment (PPE) from Primary Health Networks (PHNs). There is limited to no testing in remote communities.  Additionally, there are often few health staff. If staff become infected, entire communities may be without health services.

The high rates of morbidities among Aboriginal and Torres Strait Islander people are significant contributors to lower life expectancy and increase the likelihood of mortality from COVID-19.

Despite these risks, the Commonwealth Government is still expecting CDEP participants to attend workplaces.

On ABC News 24 Dr Norman Swan said we want to be in a situation where after the measures are put in place, “nothing happens”. If nothing happens, it means our actions have been successful in preventing the spread of the virus.

While some measures have been put in place, such as restricting travel to remote communities, more needs to be done.

Aboriginal organisations have put forward a number of recommendations to reduce the impact on Aboriginal and Torres Strait Islander people and communities. The Combined Aboriginal Organisations of Alice Springs, which includes health, housing and community groups, has called for the Northern Territory to be classified as a “special controlled area.”

Labor MP Linda Burney and others have also called for the suspension of Community Development Program mutual obligation requirements. The suspension would aim to limit people’s movement, therefore, reducing the likelihood of people contracting the virus.

Miwatj Health, an Aboriginal Community Controlled Health Service in Arnhem Land, has been participating in regional pandemic plan preparation and developing health communications in local languages in collaboration with ARDS.

The COVID-19 pandemic is ever-evolving. Therefore, responses need to be forward-thinking and immediate.

Otherwise, people and communities at increased risk of contracting or dying from COVID-19 will do just that, with devastating effect.

• Summer May Finlay is a Yorta Yorta woman who grew up in Awabakal country (West Lake Macquarie). She is Aboriginal and Torres Strait Islander Vice President for the Public Health Association of Australia, and an academic working with the University of Wollongong as a lecturer and is a Post-Doctoral Candidate on an NHMRC funded project with Canberra University. Summer is currently awaiting the outcome of her PhD at the University of South Australia. She is also Co-Chair of the international Indigenous movement #IndigenousNCDs and is Co-Vice Chair of the World Federation of Public Health Associations Indigenous Working Group. She is a member of Croakey Health Media and a contributing editor, and has also has written for NITV the Guardian Australia and IndigenousX.

Also read from The Conversation: Coronavirus will devastate Aboriginal communities if we don’t act now, by Professor James Ward and Dr Jason Agostino.