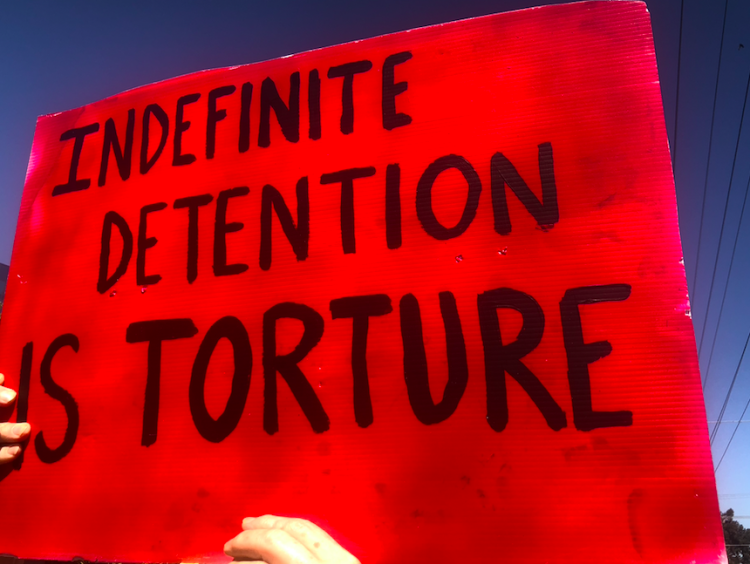 Placard at a 2020 rally for refugees in Melbourne: Photo Marie McInerney

Introduction by Croakey: Human rights and health advocates say the Federal Government is risking the lives of refugees being held at a Melbourne hotel, where they say 19 of the 45 detainees have now tested positive for COVID-19, with fears they are not receiving proper care or able to properly isolate.

As Guardian Australia reported this week, an urgent hearing of the Federal Court was held on Thursday on a dispute over whether an ambulance called for one detainee was turned away from the hotel.

In its latest public statement, published yesterday, Australian Border Force (ABF) confirmed that 15 detainees at the Melbourne hotel had tested positive for COVID-19 as of 8:30 am, 22 October 2021.

Despite Australia’s rollout beginning in February, and people in detention noted to be at high risk, ABF said the offer of vaccinations for consenting detainees had been available only “since early August.” It said all detainees who “initially consented” had received at least one or both vaccinations. (See this editorial on the issue in today’s Saturday Paper.)

In the post below, Doctors for Refugees president Dr Barri Phatarfod says people at the Park Hotel who have tested positive “report being left untreated for days with chest pain, coughing and excessively high fevers while other who tested negative says they have no isolation or protective measures and believe it’s just a matter of time before they too get infected”.

As well as calling on the Federal Government to take urgent action to protect the refugees, Phatarfod is urging hospitals to take into account the risks to health of detention when they discharge refugees and asylum seekers.

The Government is also being urged to evacuate refugees from Papua New Guinea, where a number, held there under mandatory offshore processing policies, are reported to have contracted COVID-19.

Health experts and organisations like the Public Health Association of Australia (PHAA) have been warning since the start of the COVID-19 pandemic of the risks for refugees in detention, particularly the Medevac refugees who have been held for years in hotels (known as Alternative Places of Detention (APODs)) in Melbourne,  Darwin and Brisbane.

The groups warned of the added risks of infection that APOD detainees have faced, living “in cramped rooms under 24-hour guard with communal meals, limited exercise and no possibility of observing the Australia’s mandatory laws to observe “social distancing”.

Croakey was put in touch by Doctors for Refugees with Kurdish refugee Mohammed Sohrabipour, who was held on Manus Island after fleeing Iran before being brought to Australia under the short-lived Medevac laws. He has been detained in Australia since June 2019 at the Park Hotel in Melbourne.

He said he had signed up to be vaccinated at least a month ago, but had yet to receive a dose. Now hospitalised after becoming very unwell this week with COVID-19, he said it had been impossible to keep safe from the virus living in such conditions.

“If we were safe, how would I be in this situation now?,” Sohrabipour told Croakey.

Refugee advocates rallied today in Melbourne, claiming three refugees are still waiting to receive results for tests taken on Sunday night and that none have been seen by a doctor, though the health of many is  “deteriorating”. They said one refugee had requested vaccination but was twice turned away from appointments.

“We are calling to free the refugees, for the hotel to be immediately evacuated, for those with COVID-19 to be assessed by doctors, and transferred to appropriate facilities, and for those residents who are negative to be transferred to ordinary hotel quarantine for their own safety,” said the Refugee Action Collective in a statement.

The ABF statements do not address specific complaints about care, but say detainees who are unwell or show symptoms “are closely monitored by the detention health service provider staff and are tested, quarantined and provided appropriate medical care”.

It says overall in the Immigration Detention Network (IDN), 62 percent of total detainees have received their first dose of the COVID-19 vaccination, and 55 percent are fully vaccinated. 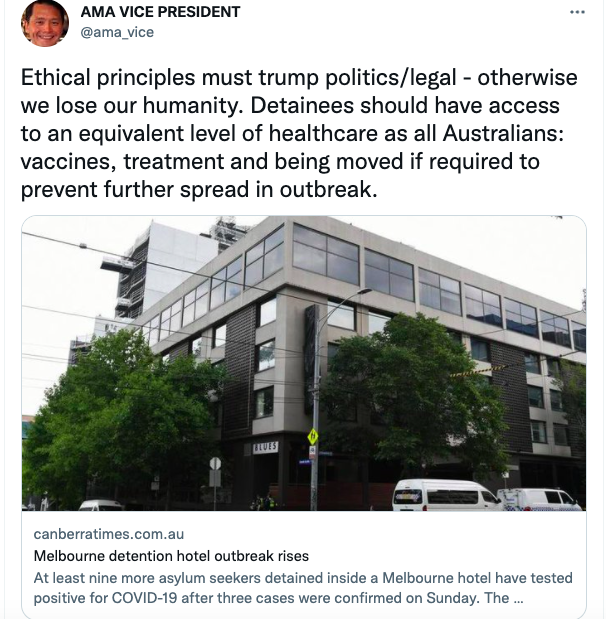 There are presently 19 out of the 46 people in Park Hotel who have tested positive for COVID-19.

These include both those who were vaccinated and unvaccinated.

One of the men we are advocating for is Mohammed Sohrabipour who was taken to hospital with COVID-19 despite having asked to be vaccinated and presenting twice for it yet was denied it due to administrative bungle.

Another man was denied an ambulance and needed a court ruling to allow him to obtain paramedic assistance when he was visibly deteriorating. This is an utterly macabre situation. Why was he not being monitored by a medical team?

There are no visitors allowed to the Park Hotel and no other guests, so clearly, he caught this infection via the security staff who are the only outsiders in contact with those imprisoned there.

Not only have we kept these people locked up for nine years, including up to two years in a hotel room – in far worse conditions than many returning Australians found themselves in for just two weeks – and in doing so caused immeasurable and irreparable psychological harm, but we have now given them a potentially fatal disease.

People who tested positive report being left untreated for days with chest pain, coughing and excessively high fevers while other who tested negative says they have no isolation or protective measures and believe it’s just a matter of time before they too get infected.

The Government cannot claim it was caught unprepared. From the start of the pandemic, it was evident that crowded living spaces were a major facilitator of infection spread, most notably by the cruise liner outbreaks. The rapid spread throughout Singapore’s congested migrant hostels just confirmed this risk.

As a result, countries such as the UK and other parts of Europe began releasing people from immigration detention. Various parts of the world released low risk prisoners. There was a universal feeling that this global public health crisis was bigger than domestic political agendas and reducing risk was the main goal.

However, Australia continued to keep refugees in cramped, airless rooms with little to no access to basic protection such as hand sanitisers or masks.

The Government has not only dehumanised refugees by violating their basic human rights and dignity, it has extended this to not seeing them as a potential hosts of infection.

It’s only when people need to go to hospital do the administrators start to panic and from what we hear, desperately try to prevent this.

It’s tragic that this is happening to people already so fragile emotionally and physically from years of neglect, malnutrition and exposure to hazardous substances especially on Nauru.

Cycles of risk and trauma

Doctors for Refugees has contacted the hospital where Mohammad is held and asked them to consider this post discharge environment when his discharge is being planned. We released a letter late last year to all the hospitals where refugees are taken, requesting the same.

Refugees admitted to hospital go through this byzantine process of two weeks quarantine post discharge in an isolation facility – which is impossible in a hotel setting – then they join the rest of the general prisoner section where they get ill again and the process begins.

Doctors such as our group, and the various dedicated lawyers involved can only advocate for individuals and hope to address this barbaric state of affairs one traumatised person at a time.

This is time consuming, expensive and fraught with danger. Each successive court win that the lawyers achieve regarding medical neglect or abuse does nothing for the next person still there, so another expensive court case is required.

And not every person has the resolve, the hope or the English language confidence to contact external groups such as Doctors for Refugees to challenge their treatment and sadly many have died.

Others have sued the Commonwealth and the resulting payouts of millions of dollars have come straight from the taxpayers.

Despite Josh Frydenberg last year declaring that the pandemic was not the time for ideological constraints, its treatment of refugees is wholly based on flawed ideology.

It is flawed as it still weakly claims the cruelty is necessary to ‘stop the boats’ despite there being a permanently stationed navy fleet in the ocean already doing that job.

It is also flawed as it believes this to be a vote winner.

The Labor Opposition has shown itself to be in almost complete lockstep with the government over its refugee policies – it was in fact Labor’s Paul Keating who brought in mandatory detention in 1992, the only country to do so, and Labor’s Kevin Rudd who in 2013 declared that those who arrive by boat will never be settled in Australia.

Trying to out-cruel each other is the clearest policy example of the race to the bottom. That so many are now contracting COVID-19 and are being denied proper care and hospitalisation is the logical end point of a policy that simply has no Plan B – not then and not now – just cruelty as a deterrent.

Morrison would be wise to release into the community those currently held in detention, citing the exigent circumstances of the pandemic.

He has very little choice other than to face more preventable deaths, court cases and multi-million dollar payouts.

In terms of electoral appeal, the overwhelming majority of the Australian population has moved on from refugee policies and the few that still enjoy the blood sport of torturing refugees are hardly going to shift their vote to Labor.

Indeed, he is likely to gain some ground with the 50 percent or so of voters that are appalled by both major parties’ refugee policies and are at a loss where to cast their vote.

Watch this video from Dr Barri Phatarfod about the work of Doctors for Refugees. 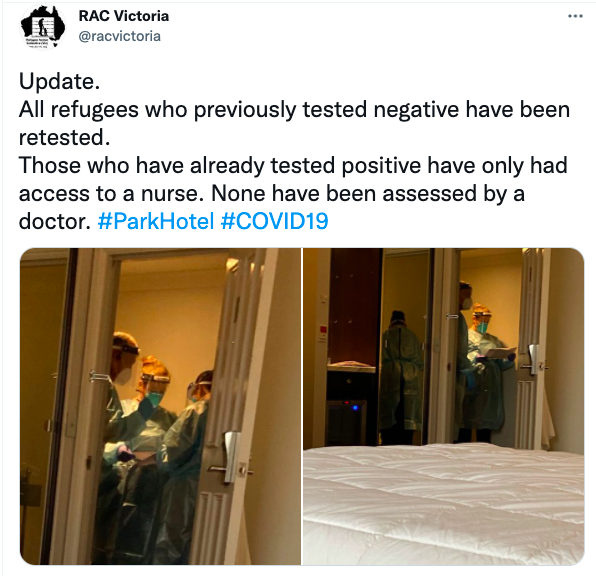 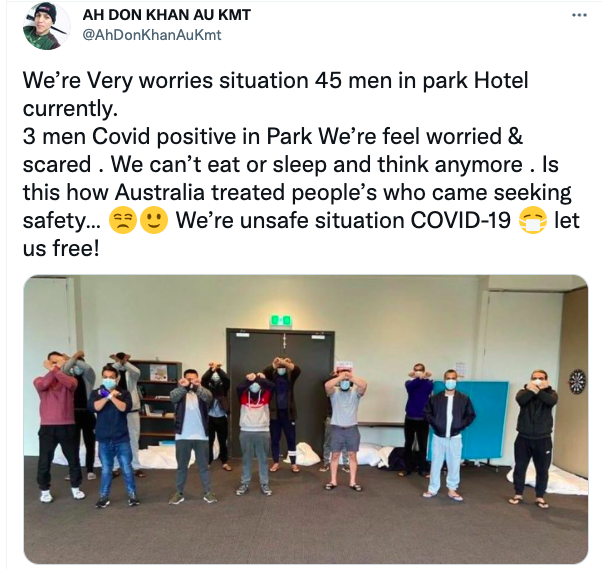 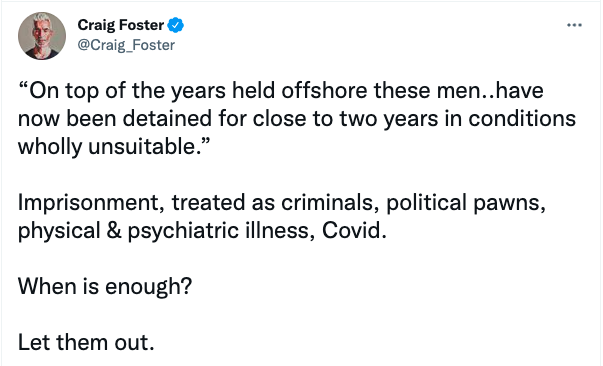 PrevPreviousClimate health experts declare code red for the world, while Australia is stuck on a limb
NextCOVID’s message: health reforms are necessary and possibleNext