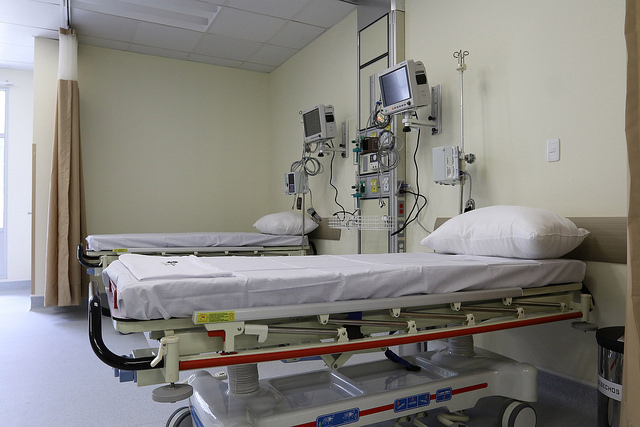 To help pay for the National Disability Insurance Scheme (NDIS) the government will scrap the carbon tax compensation to new recipients of government welfare benefits. This will save the government A$1.4 billion over five years.

The government is putting $2.1 billion towards the NDIS in this year’s budget. This money will also this come from savings by cutting the NDIS advertising campaign, ceasing to back-date Carer Allowance claims and the reviewing of people’s eligibility for the Disability Support Pension.

There’s $1.7 billion in funding for the Child and Adult Public Dental Scheme leaked before the budget and the agreement made at the Council of Australian Governments for $2.9 billion funding for public hospitals, with reforms to reduce hospital admissions, improve patient safety and boost quality of services.

This budget also marks the start of the Healthier Medicare package announced earlier this year. This includes funding of $21.3 million for a trial of “Health Care Homes”, designed for people with chronic diseases and complex conditions. The trial will go for two years and will aim to keep these people out of hospitals. The package will also create bundled payments and incentives for GPs treating the chronically ill.

The Healthier Medicare package also aims to save $66.2 million over four years by targeting providers who make Medicare claims that are inconsistent with existing rules. The government will also implement the recommendations of the Medicare Benefits Schedule (MBS) Review to remove or amend clinically obsolete items from the MBS.

A series of 12.5% increases in tobacco tax over the next four years is estimated to generate $4.7 billion.

As expected there is a rise in tobacco taxes in the budget, which is estimated to raise $4.7 billion over the next four years. This is part of a long-term multi-partisan approach which is good for health and good for the government’s bottom line. Increasing the price of cigarettes through taxation is the most effective way of decreasing the number of Australians who die or get ill from smoking. One of the great problems is that so little of this money is invested back into preventive health programs.

Despite everyone chanting the mantra prevention is better than cure, there are no other investments in preventive health that can, in any way, be seen as commensurate with the size and costs of the problems we face with obesity, diabetes, cancer and alcohol related injury, illness and death.

The current government has the unenviable distinction of having ripped out substantial funding for preventive health programs. And if Australia continues with these very poor levels of investment in preventive health programs, then the people, the costs and the burdens end up, uncontrollably and unsustainably, in our hospitals. Australia is in dire need of visionary health ministers that do understand prevention – like Roxon, Wooldridge and Blewett.

If increasing the tax on tobacco is so effective, why aren’t successive governments thinking of introducing a tax on sugar as they are in the UK, or thinking of increasing taxes on alcohol products with higher alcohol volumes? These are win-win outcomes, but despite there being strong community support for these approaches, our politicians currently fear Big Food and Big Alcohol lobbies more than they fear the little voters. But that can change.

As expected, the Commonwealth’s contribution to public hospital funding reflects the agreement negotiated at the April COAG meeting that restored $2.9 billion in federal funding over three years. The states will receive an estimated $17.9 billion in 2016-17. Expenditure is then expected to increase by 9.9% in real terms over the period 2016-17 to 2019-20, with growth in total Commonwealth funding capped at 6.5% a year from 2017-18 for the following three years.

This is very much a stop-gap measure to get the federal government through the upcoming election. The underlying problem for the states is the escalating cost of delivering public hospital care. The issue may have been deferred, but it hasn’t gone away. Health is the single largest expenditure item in all of their budgets. And expenditure has been growing at around 5% in real terms over the past decade. This isn’t sustainable.

Over the next three years the incoming federal government, of whatever political persuasion, will need to sit down with the states and territories and agree on reforms to reduce the rate of growth of health expenditure.

Private insurance rebates are budgeted to cost $6.5 billion in 2016-17. In October last year, the federal minister for health launched a series of national consultations focused on the consumer value of private health insurance and the long-term sustainability of current arrangements. A Department of Health online survey elicited over 40,000 responses. In something of an understatement, the minister reported that, “… consumers are frustrated with their Private Health.”

The budget gives a few more details for changes to primary care that had already been announced.

The main innovation is a trial of “Health Care Homes”, a tiny budgetary item ($21.3 million) which could have major implications for the way general practitioners are paid, and how they deliver care to the growing population of chronically ill.

The trial will be run in seven Primary Health Networks. GP practices choosing to join will move away from fee for service: payment for each individual service provided. Instead, they will get a “bundled” sum to cover all the services, medical and allied health, that the patient needs.

This trial was announced in March, following the report of the Primary Health Care Advisory Group. It is a significant attempt to move beyond the fee-for-service system that has made it difficult for Australian primary care to adapt to the new burdens of chronic illness.

The budget’s other major item affecting general practitioners is a continuation of the freeze on increases in Medicare Benefits Schedule (MBS) item payments started by the Gillard government. The savings are significant – more than $900 million over the next two years. It will also put pressure on the fee-for-service model.

The Health Care Home, with its experiments in alternative modes of payment, will look more attractive to GPs squeezed by the MBS freeze.

The budget will be of little comfort to those in receipt of disability or aged care services. Both are areas targeted for making unrealistic projected savings and the identified reinvestment areas are unlikely to deliver the magnitude of changes needed in these service areas.

An NDIS savings fund will be established to help fund the scheme, with initial deposits being made through projected savings of $2.1 billion from the welfare budget. This will be achieved by preventing new recipients of government welfare payments from receiving carbon tax compensation, worth $14 per fortnight for pensioners.

Those in receipt of the Disability Support Pension will face their eligibility reviewed in order to assess their capacity to work that is expected to save $62 million. The UK’s recent experience in these processes has shown these to be highly unfair, with individuals having their welfare payments suspended when they are far from being able to work. Such moves rarely save the levels of money intended and sanction individuals with disabilities, doing little to move them closer to the workforce.

In aged care, $1.2 billion will be saved through the “better use of funding”. Some of the $249 million reinvestments will be welcomed, including $102 million to improve services for those living in rural and remote areas, $10 million for unannounced compliance site visits of aged care providers and $136 million for My Aged Care, a contact point for older people seeking to explore their aged care options.

Yet it is difficult to see how these relatively small investments will meet the intended aims of “preventing a spending blowout” in coming years and are likely to shift increasing costs of aged care to future governments.

For health care at least, this is a no surprises budget, albeit dressed up with some fancy announcements. The major positives have been pre-announced with confirmation now appearing in the budget papers.

The primary care upside, “medical homes”, new arrangements which were said to “revolutionise” care for people with chronic conditions were announced on March 31. These are laudable changes but small; the total cost over the forward estimates is $21.3 million.

In what is surely not a coincidence, the budget announces almost the same amount ($21.2 million) in savings from primary medical care through tightening up grants under the Practice Incentives Program which provides payments to general practice including for asthma and diabetes care.

A recent Grattan Institute report recommended these incentive payments could be used as a funding source for redesigning care for people with chronic conditions but it is probably not wise to reduce the funding before the new scheme has been designed.

The biggest savings item in health comes from the continued pause on indexation for Medicare rebates, estimated to save $925 million over the four-year forward estimates. This continues the fee freeze until 2019-20. Although there has been no impact on bulk billing rates from the fee freeze so far, whether that will continue into the future depends on inflation, and whether doctors are feeling the squeeze from the freeze over the past few years.

The budget makes no attempt to kill off some zombie policies – initiatives from previous budgets that are stuck in the Senate. The budget thus assumes the tightening up of the Medicare Safety Net, which was supposed to save $64 million in 2016-17 and twice that the next year, is going to proceed.

The most significant apparent budget spend is on public hospitals. The deal reached with the Premiers on April Fool’s day is costed at almost $2.9 billion.

This can be spun two ways: that it is almost a $3 billion injection into the public hospital system or that it is still an effective cut on what was promised by both Labor and Liberal prior to the 2013 election.

Another pre-budget announcement was a new Child and Adult Public Dental Scheme. This provides additional funding to states for dental care for both adults and children. The details are still not clear but it appears states will be asked to contribute to funding this policy. The Commonwealth funding comes from chopping the Child Dental Benefits Scheme so in fact this is a savings initiative over the forward estimates to the tune of $17 million.

New listings on the Pharmaceutical Benefits Scheme are scheduled to cost $57.6 million over the forward estimates.

Another zombie policy, increasing co-payments for the Pharmaceutical Benefits Scheme is still retained.

The budget also makes provision to rationalise administration of cancer screening registers, combining nine separate cancer registers into a single National Cancer Screening Register and providing for ongoing funding of the registers. The estimated cost is about $30 million over the forward estimates.

This is a steady-as-she goes budget, mostly just confirming pre-announcements with only the expected unpleasant decisions, such as the continuation of the Medicare rebate freeze.

The pea and thimble also makes an appearance in public hospital funding with the 2016 positives hoping to erase the 2014 negatives from people’s minds.