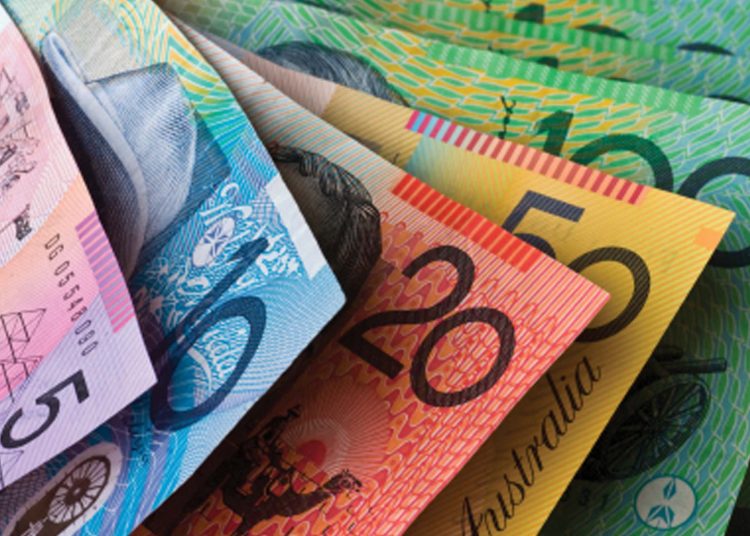 What is the number one health issue that the Government should address in next Tuesday’s Federal Budget?  Jennifer Doggett analyses the pre-Budget Submissions from 21 health groups and finds surprising agreement among them on the urgent need for action in one key area.

Read on to find out what this issue is and the six key measures the Government should announce on Tuesday night if it wants to keep the health sector onside.  Check back on Wednesday to see how closely the Federal Government has followed the proposals from health and medical groups in this (possibly) pre-election Budget.

Bookmark this link for our coverage of the Federal Budget, and please use the hashtag #HealthBudget18 to share health-related budget news.

Every year peak health groups allocate significant time and resources to preparing pre-Budget submissions for the following financial year’s Federal Budget.  These submissions represent – collectively – hundreds of hours of staff, management and board time and result in thousands of pages of ideas for improving the funding and delivery of health care.

Few of these ideas ever actually get picked up in that year’s Budget, so in one sense the return on investment for the time spent in preparing these submissions is questionable.  But they can be useful in signalling the key priorities of the health sector to the Government and the wider community and in this way can guide future policies and funding decisions, even when they do not directly result in short-term Budget commitments.

Of course there are valid reasons the Government of the day may not fund a specific proposal from an interest group. After all, the role of peak bodies is to advocate for their specific area of interest whereas governments have to balance the interests of all areas of the health system (as well as the community’s need for health care with that for other services and priorities, such as education, infrastructure, social security and tax cuts).

There are also less valid reasons why governments may ignore proposals from peak bodies, such as political pressure from powerful vested interests to maintain rent seeking policies and funding structures which benefit some groups of providers at the expense of consumers and the community.

That issue is prevention.  The clear message emerging from the submissions was that preventive health is the glaring gap in health policies at the federal level and the most pressing issue that needs to be addressed to improve the health of our community.

AHHA’s submission summed up the views expressed in many others stating:  Preventive health measures aim to reduce illness, prevent disease and promote wellness. This in turn reduces individual, intergenerational and health system burden, improves health system resource use and boosts productivity through greater economic participation and productivity. Yet Australia spends less on public health and prevention than most other OECD countries

The AMA’s submission reflected the reasons expressed in many submissions for such a national body: Obesity, nutrition, alcohol, tobacco and physical activity are health policy areas desperately in need of funded national strategies and measurable targets. These are best delivered through an independent, dedicated organisation.

Obesity was the most commonly mentioned health issue with a number of groups supporting a sugar tax, junk food advertising restrictions and physical activity programs.

CHF’s submission highlighted the importance of addressing obesity stating: There is an urgent need to reverse this trend and put much more effort into combatting obesity if we are not to lose many of the gains we have seen over the last decades and to see our children and grandchildren have lower life expectancy than we have.

The Royal Australasian College of Physicians (RACP) suggested establishing a national obesity taskforce including ‘sustained funding, regular and ongoing monitoring and evaluation of key measures and regular reporting around targets.’

The decline in preventive health funding (as a proportion of overall health funding) was raised by a number of submission with calls made to return funding levels to (at least) the average in recent years of around 2.3% of recurrent health expenditure or the international average or around 3%.

After prevention there were four other key areas that stood out as high priorities for action.  These were:

Private health insurance – there was strong support for a review of the current private health insurance (PHI) rebate by the Productivity Commission on the basis that this scheme represents a significant investment of public funding and has not been rigorously reviewed to determine whether or not it delivers good value to the community (although the PHAA just wants the rebate scrapped and the AMA and the health funds want to keep it).

Indigenous health – there was broad agreement across the submissions that we need to do more to close the health and life expectancy gap between Indigenous and non-Indigenous Australians and that supporting Indigenous community-controlled initiatives and services are the best way to achieve this.  Supporting and growing the Indigenous health workforce was a key feature of NACHHO’s submission, along with establishing an Aboriginal and Torres Strait Islander Commonwealth Advisory Group to support consideration, implementation and monitoring of an Indigenous position in efforts to Close the Gap and on jurisdictional agreements that have high impact on Indigenous peoples. The AHHA and the AMA called for funding to implement the National Aboriginal and Torres Strait Islander Health Plan and the AMA also called for the Government to support the Redfern Statement.

Oral health – the need for greater more funding for public dental services, with Catholic Health Australia (CHA) proposing a national scheme and AHHA and VHA advocating for reinstituting funding for the National Partnership Agreement for public dental services to adults).    CHA noted that our failure to address access and equity issues for oral health care undermined the fundamental Medicare principle of universality: The principle of universality that has been an essential principle of Australia’s healthcare system since the inception of Medicare is being undermined. Those who are disadvantaged socioeconomically are being excluded from appropriate dental care, which is affecting overall general health.

Mental health – action on mental health was supported by a broad range of groups, including the National Association of Community Controlled Health Organisations (NACCHO), the Australian Medical Students Association (AMSA), Community Mental Health Australia (CMHA), the Australian College of Mental Health Nurses (ACMHN), Connect Health and Community (CHC) and CHF.  However, the specific measures recommended differed between the groups.  ACMHN highlighted the financial cost of mental illness in its submission: According to the World Economic Forum report, The Global Economic Burden of Non-communicable Diseases, mental health accounts for the greatest lost economic output of all non-communicable diseases. Community Mental Health Australia defined the problem clearly as: There is no system architecture for mental health at the federal level which looks at all the areas which impact mental health – health, housing, employment, justice, disability. Other groups suggested a range of strategies with priority areas identified as: suicide prevention; Indigenous, veteran and youth mental health; psychiatric and rural mental health workforce; primary mental health care; and intersection with the NDIS.

After reviewing these submissions, the message is clear.  If the Government wants to win over the health sector on Tuesday night it needs to do the following:

So what are the chances of next week’s Federal Budget looking something like the above?   While it always pays to be cautious about the Federal Budget funding, this year may provide a ‘better than usual’ chance for health groups to see some pay-off for their pre-Budget submission efforts.

After the Budget being virtually written off as a boring ‘mid-cycle’ holding pattern, in the last few weeks the political climate has changed. With the polls looking slightly less bad for the Prime Minister and the economy ticking over at a reasonable rate, there are thoughts among political analysts that the Coalition may be in an ‘as good as it gets’ situation and go to an early election, with the side benefit that it might catch Labor on the hop without having locked-in its pre-election policy platform.

This means that Tuesday night might provide the best chance in years for health groups to see some of their proposals receive the Budget tick from the Government and finally see some returns on years of investment in preparing annual pre-Budget submissions.

Croakey will review how closely the Budget measures reflect the proposals from the health sector in our post-Budget analysis on Wednesday.

The following submissions were reviewed for this article and are all available on the Treasury Federal Budget 2018/19 website (apart from the RACP submission, available on its website).

Only those submissions listed on Treasury’s website and tagged as addressing health and related issues were reviewed (with the exception of the RACP submission).  Some groups chose not to make their submissions publicly available and/or did not tag their submissions (making it difficult to search for them).

Organisations differ in their approach to preparing pre-Budget submissions. Some focus more narrowly on a small range of measures and this does not preclude support for broader issues not addressed in the submission.  For example, the RACGP did not address the issue of a sugar tax in its submission but has previously supported the need to limit sugar in soft drinks.

PrevPreviousSweet power: the politics of sugar, sugary drinks and poor nutrition in Australia
NextHealthWrap: Focus on multi-morbidity, and the latest news in public health and preventionNext