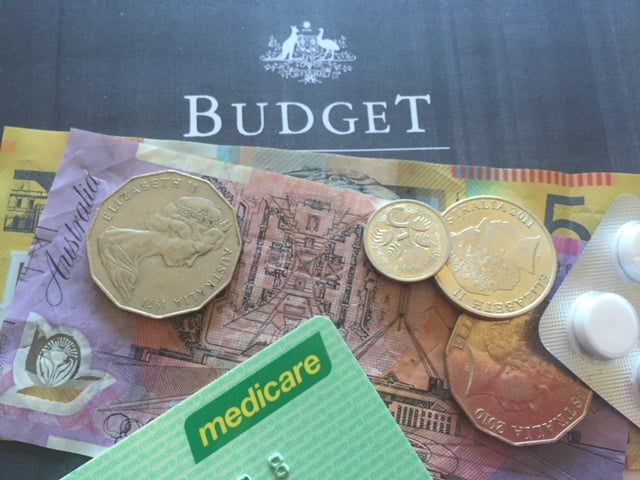 Prevention is high on the agenda for many health stakeholder groups in their bids for funding in this year’s Federal Budget.  There is a shared view expressed in the submissions that Australia is falling behind in our approach to prevention and needs to increase both funding and policy efforts in this area.

Obesity was a high priority for many of the groups and other conditions raised included osteoporosis, tobacco use and diabetes.  Many groups highlighted the need to strengthen current primary health care systems and reform current payment system in order to provide an increased focus on prevention.

Some groups favoured the re-instatement of a national preventive health body to oversee and coordinate preventive health initiatives and others focussed on empowering individuals to take a greater role in managing their own health and wellbeing. Population-wide strategies, such as taxes on sugary drinks, were also suggested by a number of submissions.

An important point made by many of the groups is the inequity that currently exists between different groups in the community in their experiences of preventable diseases. Prioritising preventive health strategies targeting these groups was stressed as vital to addressing this inequity.

Some key extracts and recommendations from these groups’ pre-budget submissions are highlighted below.

Overall, Australia’s health system performs very well. However, unacceptable deficiencies continue to exist. The gap between overall health outcomes and indigenous health outcomes continues to be a disgrace, while people in rural areas and lower socio-economic groups live shorter lives and experience more illness than those living in major cities and with higher incomes.

These groups have poorer access to primary care, mental health care, maternity services, dental care, allied health and specialist services and are more likely to experience problems related to obesity, alcohol use and smoking. These gaps and deficiencies could, and should, be addressed through improved preventive health care.

Not only is prevention better than cure it makes the most economic sense. With an increasing chronic disease burden, an ageing population, and many people in poorer health often from avoidable conditions, who are generally less productive, it makes sense to invest where we can reap the most benefit.

The way to contain costs is through investment in prevention and early treatment through primary care services and effective primary health care. The Productivity Commission reported that about 750,000 hospital admissions could be avoided if we had effective intervention in the weeks leading up to hospitalisations.  Remodelled primary health care is critical.

The ANMF calls on the Government to:

The incidence of so many chronic conditions like obesity, cancer, heart disease and diabetes could be reduced through strong and effective preventive health programs that would embed healthier diets and lifestyles from earlier in life.

Australia has often led the way on these fronts. We can do the same in bringing down our disturbingly high rates of obesity for the benefit of our physical and economic health.

The Government’s increased investment in primary health care would be even further strengthened if it was extended to integrate projects and services for long term and sustainable community-based education, promotion of healthy living and patient chronic disease self-management.

Obesity is recognised as one of the greatest public health challenges of our time. It is a major risk factor for chronic and preventable conditions such as type 2 diabetes, heart disease, hypertension, stroke, musculoskeletal disorders and impaired psychological functioning. Nearly two-thirds of the Australian adult population is overweight or obese and these rates are some of the highest in the world.

There is an urgent need to reverse this trend and put much more effort into combatting obesity if we are not to lose many of the gains we have seen over the last decades and to see our children and grandchildren have lower life expectancy than we have.

CHF calls on the Federal Government to:

Fragility fractures significantly impact older people and their quality of life and ability to remain independent. Major fragility fractures, such as hip and spine fractures, can cause disability, institutionalisation and death. Many osteoporotic fractures require costly medical care, including emergency assistance, surgery, hospital stays, rehabilitation and community services (such as home care). It is estimated that osteoporotic fractures cost the Australian economy over $2 billion in direct health costs (including hospitalisations and general practitioner (GP) visits) in 2016.

Many fragility fractures could be prevented through early diagnosis and appropriate care within current health system mechanisms, such as chronic disease management plans, allied health arrangements, and specific osteoporosis pharmacotherapy. In 2018, more than 1.2 million Australians are estimated to have osteoporosis and approximately 800,000 of those are over the age of 70 years.

However many people are undiagnosed and do not receive appropriate treatment, even after one or more fractures have occurred. Up to 80 per cent of post-menopausal women, and 90 per cent of men, are not receiving appropriate treatment, even after a fracture. Furthermore, it is estimated that less than ten per cent of people over the age of 70 accessed subsidised diagnostic services (such as bone mineral density (BMD) scanning) for osteoporosis in 2017.

A National Osteoporosis Risk Identification and Awareness program (the Program) including the following:

The need for nationally coordinated preventative health measures has never been greater. The increasing pressures on the Australian health system caused by burden of chronic disease are widely recognised as Australia faces significant and growing problems with potentially preventable disorders such as obesity, diabetes and cardiovascular conditions due to factors such as smoking, sedentary lives, unhealthy diet and alcohol misuse.

Approximately 31% of Australia’s total burden of disease can be attributed to modifiable risk factors. There is inconvertible evidence that long-term, sustained and targeted preventative health measures are highly effective. Some approaches promote health and cut overall costs because of the reduced need to treat expensive diseases; others allow Australians to live longer and better-quality lives at a reasonable cost to the system.

In 2016-17, Australia spent nearly $181 billion on health, 69% of it funded by Australian governments.30 However, in recent years it was estimated that Australia spent only an overall $2 billion or $89 a year per person on prevention. This amounts to a mere 1.34% of all health spending, considerably less than the UK, NZ and Canada.

Many people are missing out on access to prevention, early detection and quality care, with the expanding needs of Indigenous Australians, people in rural and remote areas, people with mental health issues and the growing cohort of older Australians – to name a few – presenting urgent and cumulative challenges to health and welfare systems.

The current piecemeal, reactive response to preventable public health crises is leaving many Australians behind. To successfully deal with the escalating public health challenges, Australia needs a national health body dedicated to planning, strategic investment and leading the implementation of a coordinated, evidence-based public health agenda for the whole of Australia.

Of concern was a large increase, of nine percentage points, in 18-24 year olds in the three years since the previous survey. From a health perspective, these alarming figures mean that a large proportion of the population is at heightened risk of non communicable diseases including cardiovascular disease, type 2 diabetes and some cancers.

From an economic perspective, high rates of obesity and associated chronic disease and lost productivity cost the Government, as well as State and Territory governments, businesses and individuals, a staggering amount.

The OPC makes the following recommendations:

The Public Health Association of Australia, in association with the National Heart Foundation and the Cancer Council

Smoking prevalence is disproportionately high in disadvantaged groups. Policies to date have driven smoking prevalence in Australia to an all-time low, with statistics released in December 2018 showing that just under one in seven (13.8%) or 2.6 million adults were daily smokers in 2017-181.

However, this figure remains unacceptably high and – worryingly – rates of smoking decline have slowed in the last few years. Every year, over 18,000 Australians die from their tobacco addiction, and thousands more suffer from associated chronic diseases.

Unfortunately, there are some groups who have much higher rates of tobacco use such as people with mental illness, people with substance use disorders, the unemployed and at-risk youth. These priority population groups experience health, financial and social inequities that are exacerbated by tobacco use. The initiatives proposed will assist the entire community, but especially all groups that experience social and financial disadvantage, and extend and complement the support provided to Aboriginal and Torres Strait Islander people.

A commitment from the Commonwealth Government to provide $50 million per annum over four years for campaign and cessation programs so as to implement the next National Tobacco Strategy (NTS), including the following initiatives:

In Australia, between 31% and 58% of the population is found to suffer from vitamin D deficiency, despite the fortification of many foods with vitamin D. Vitamin D deficiency has been linked to an increased prevalence of a number of chronic diseases, including osteoporosis, diabetes and heart disease.

Folate, iodine and vitamin B3 are known to prevent neural tube defects. The National Health and Medical Research Council advise that pregnant women and those planning a pregnancy should take a daily folic acid supplement at least one month before and three months after conception, as well as eating a healthy and varied diet as recommended in the Australian Dietary Guidelines. The guidelines recommend routine supplementation of folate and iodine, with vitamin D and iron supplementation for pregnant women with identified deficiencies.

CMA supports the call to re-establish a National Preventive Health Agency to evaluate evidence-based interventions at a population level, an important step towards placing good health at the centre of policy making in Australia. A fundamental aim of health policy should be to prevent disease and reduce ill health so that people remain as healthy as possible for as long as possible.

Preventive health is also an essential move towards improving the cost- effectiveness of the health care system, by enhancing Australians’ health and quality of life, and reducing preventable illness. In the case of complementary medicines, a thoughtful and rigorous strategy, coordinated by the preventive health body, would further demonstrate the cost- effectiveness and health benefits of complementary medicines for contributing to improved public health.