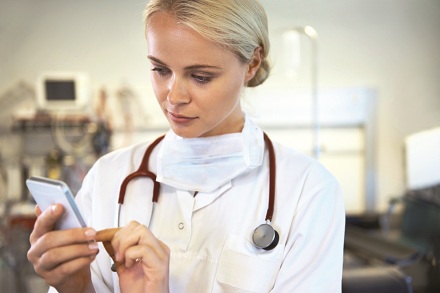 Female doctors in Australia are hitting glass ceilings – why?

Over the past 30 years, there have been some great achievements in gender equity. The number of women enrolled in professional degrees, such as law and medicine, rose from less than 25% in the 1970s to more than 50% in 2015. Australia has introduced a number of equal opportunity policies in health care and in 2000 achieved gender parity in medical schools.

Today, women are typically the dominant group within medical schools and yet remain under-represented in formal leadership positions and particular speciality areas. Although today there is greater female participation in medical roles, it still appears that women are hitting the glass ceiling.

Similar sorts of trends in gender participation are found in other countries such as the UK, Canada and the US. Given these broader trends, we could infer that these patterns are the result of “natural” processes related to the relative merits of the sexes.

Yet studies in Sweden show remarkably similar preferences for speciality areas across male and female medical students. Like Australia, these preferences have not typically translated into representation across the health workforce. This suggests there are forces in place that mean women do not go into their preferred roles.

Despite the significant representation of women within the medical workforce, today fewer than 12.5% of hospitals with more than 1000 employees have a female chief executive. 28% of medical schools have female deans. 33% of state and federal chief medical officers or chief health officers are female.

While this is a substantial increase, women are also woefully underrepresented in these figures. There are also distinct gender patterns across specialist roles. Women’s participation is skewed towards pathology (58%), paediatrics (53%), obstetrics and gynaecology (49%) and underrepresented in orthopaedic surgery (6%), vascular surgery (11%) and cardiothoracic surgery (12%).

A popular explanation for these patterns is that there is a lag phenomenon at play. Once current women advance through their career, figures will self-correct and result in more gender balance in the system.

A more pessimistic view (and one we would subscribe to) is that women are being channelled into particular areas of the profession that are lower status and attract lower pay, while more high-profile roles remain in the hands of men.

This is not to say that male doctors are (all) actively working to keep women excluded from these roles. There are a range of reasons for the barriers around perceptions of capability, capacity and credibility.

The evidence suggests that women are as (and possibly more in some cases) intellectually capable of the high-profile roles that they are poorly represented in.

Our research found that some women may lack self-confidence or doubt their ability to undertake certain roles. What this means is that women may be less willing to self-promote or to put themselves forward for positions traditionally held by men.

Women are more likely than men to have caring responsibilities, which can have implications for perceived capacity. Juggling leadership or the long hours associated with some speciality areas with motherhood can be a challenge.

Many of the areas where women are poorly represented in offer limited options for flexible ways of working and cultivating work-life balance. Some speciality areas have additional years of training which, again, can make them difficult to access for some women.

Perceived credibility is a further barrier, with women not being taken seriously as leaders or surgeons – roles typically associated with males. Sociology has a long tradition of scholarship arguing that organisations and professions are highly gendered and valorise masculine values.

Where work environments are heavily gendered, they can be alienating for some women. Some speciality areas are traditionally considered to be highly male (think surgery) in a way that paediatrics or palliative care may be less so.

These barriers are not simply externally imposed on women by men and may be internalised in women through the broader culture and values of organisations. Internalised beliefs about the traits and qualities required for particular roles can dissuade some women from actively seeking out these roles, unless they received mentoring and support from others.

At an interpersonal level, unconscious biases, sexist micro-aggressions, and a “club culture” contribute to a hostile environment for women within some health-care settings. At a structural level, conservative social norms and male-dominated career pathways can make it difficult for women to balance the pressures and demands of maternity leave, child-rearing, care-giving and running a household with leadership roles.