The rapid growth in the fly-in fly-out (FIFO) and drive-in drive-out (DIDO) workforce in Australia’s rural and remote areas has been accompanied by claims that FIFO/DIDO workers, particularly miners and other resources sector workers, place substantial burdens on rural/remote health services.

This latest update from the Primary Health Care Research and Information Service examines the evidence and points to a pressing need for detailed data and a broader need for health systems research to quantify and clarify the demands made on health services. 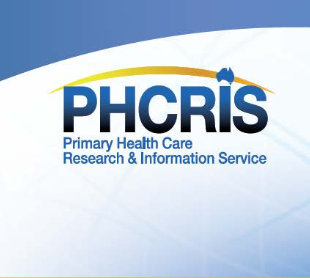 Transient and fluctuating populations can have an impact on the provision, demand and availability of health services in rural and remote regions.

The rapid growth in the fly-in fly-out (FIFO) and drive-in drive-out (DIDO) workforce in Australia’s rural and remote areas has been accompanied by claims that FIFO/DIDO workers, particularly miners and other resources sector workers, place substantial burdens on rural/remote health services.

PHCRIS recently conducted a review of FIFO/DIDO workers’ health and healthcare utilisation. Seasonal horticultural/agricultural workers were included, as were ‘grey nomads’ (most of whom do not work during their travels, although some undertake seasonal work) because they are similarly regarded as burdening health services.

However, the 2013 House of Representatives report, Cancer of the bush or salvation for our cities? concluded that there was a dearth of evidence about the actual impact of the FIFO/DIDO workforce on communities and services.

Overall, there is very little empirical evidence about the impact of these transient populations on rural/remote health services. Where evidence has been collected (in the Bowen Basin coal mining region of Queensland), there is support for claims that mining industry FIFO/DIDO demand on general health services is similar to those of local resident populations, but greater demand is placed on emergency department services.

However, extrapolation to other mining regions, particularly more remote ones, is problematic. Although miners are outnumbered by seasonal workers and grey nomads, their numbers fluctuate significantly in response to industry dynamics, complicating health services planning.

Not surprisingly, given the physical demands of many mining activities, musculoskeletal injuries are relatively common, but an increase in age-related conditions such as cardiovascular diseases and diabetes is anticipated in the coming decade.

This is also the case for seasonal workers. Despite reports of greater risk-taking behaviours, there was little evidence of significant differences between FIFO/DIDO workers and the resident populations.

Seasonal workers have been employed in agriculture, horticulture, tourism, and construction for decades, with temporary migrants and holiday-makers constituting a significant proportion of this workforce. They work throughout Australia but are concentrated in the eastern states.

The itinerant nature of seasonal workers challenges quantification of the population, but seasonal variations are relatively predictable, and there is some evidence that local communities have developed systems and strategies to accommodate them. Common health concerns relate to farm safety, physical labour and weather conditions.

For some, for example South Koreans, there are language barriers that can impact on both workplace safety and healthcare access. Housing (e.g. tents) and sanitation can also be inadequate. Some workers are accompanied by their families, including young children, which adds to the complexity of their health service needs.

Grey nomads are under-researched, particularly in relation to health. Quantitative research is limited (mainly head-counting) and largely confined to the tourism literature. Several good qualitative studies (see links below) have illuminated the experiences of grey nomads in recent years.

Although health has not generally been the primary focus, some useful information has emerged. Like other older Australians, many grey nomads have chronic diseases and high rates of medication use; however, they may be somewhat healthier than their peers.

Many (but not all) are well prepared for travel, but they nevertheless impose a poorly documented burden on health services. There is a need for basic epidemiological research, extending the very limited evidence base about the health status of grey nomads, and their use of medications and self-care strategies; and investigation of existing and potential strategies to optimise their wellbeing and healthcare utilisation.

For all three groups, there is a pressing need for detailed data collection (including postcode of usual residence), and a broader need for health systems research, quantifying and clarifying the demands made on health services.

There will be presentations on the overall findings of the review, and on the findings specific to grey nomads, at the 2014 Primary Health Care Research Conference in Canberra, 23-25 July.