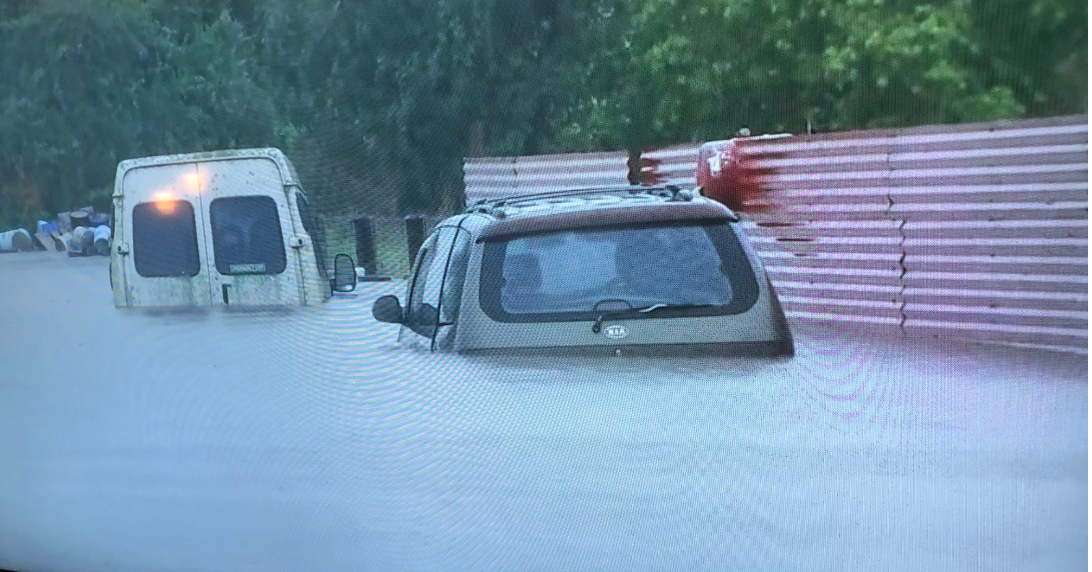 Introduction by Croakey: New South Wales Premier Gladys Berejiklian said today that many people being battered by devastating flooding in New South Wales will be at “breaking point”, having already had to manage the toll of the 2019-20 bushfires and the coronavirus pandemic over the past year and now living with fear and anxiety about rising waters.

Tens of thousands of people are “on tenterhooks” across the state, already evacuated, stranded, or awaiting orders to leave home, with 38 areas now declared disaster zones, ongoing concerns for areas on the Mid North Coast and the Nepean/Hawkesbury areas, and new alerts for the Illawarra and South Coast areas.

“I don’t know any time in the state’s history where we have had these extreme weather conditions in such quick succession in the middle of a pandemic,” Berejiklian told a media conference, urging people to go ahead with testing or booked vaccinations if they could.

It’s a big concern that underlined calls, reported at Croakey last week, from a delegation of 30 health professionals led by the Climate and Health Alliance to Parliament House in Canberra last week for a national strategy on climate change, health and well-being for Australia, as the nation is hit by higher frequency and ferocity of natural disasters.

As the article below, originally published at The Conversation, outlines, disasters like floods not only impact on physical and environmental health but cause and exacerbate mental health problems, and, like the coronavirus pandemic, often hit hardest those who already experience disadvantage.

Yet again, large swathes of New South Wales are underwater. A week of solid rain has led to floods in the Mid-North Coast, Sydney and the Central Coast, with several areas being evacuated as I write.

As a resident of the NSW Far North Coast, which has had its share of devastating floods, many of the tense scenes on the news are sadly familiar.

Unless you have lived through it, it is hard to understand just how stressful a catastrophic flood can be in the moment of crisis. As research evidence shows, the long term impact on mental health can also be profound. And often it is the most disadvantaged populations that are hardest hit.

In many places, socio-economic disadvantage and flood risk go hand in hand.

In a study published last year, led by the University Centre for Rural Health in Lismore in close collaboration with the local community, colleagues and I looked at population data following Cyclone Debbie in 2017. We found people living in the Lismore town centre flood footprint experienced significantly higher levels of social vulnerability (when compared to the already highly vulnerable regional population). This study would not have been possible without the support of the Northern Rivers community who responded to the Community Recovery after Flood survey, nor without the active support, enthusiasm and commitment of the Community Advisory Groups in Lismore and Murwillumbah and community organisations.

By examining data from the 45 and Up study, we also showed that participants living in the Lismore town centre flood footprint had significantly higher rates of smoking and alcohol consumption. They were also more likely to have pre-existing mental health conditions such as depression and anxiety, as well as poorer general health.

Research from Germany and the US has shown flood risk is often a significant predictor of lower rental and sale prices.

So even before disaster strikes, residents in flood-prone areas may be more likely to battle with financial and health issues. Our study showed disaster affected people also had the fewest resources to recover effectively. When floods arrive, the impact on mental health, in particular, can be acute.

Read more: Underinsurance is entrenching poverty as the vulnerable are hit hardest by disasters

A flood can be extremely stressful in the moment, as one rushes to protect people, property, pets and animals and worries about the damage that may follow. Can you imagine clinging to a rooftop in the rain in the middle of the night and waiting to be rescued?

The damage caused by floods causes enormous financial pain, and can lead to housing vulnerabilities and homelessness, especially for those without insurance — and research reveals a pattern of underinsurance in disadvantaged populations across Australia.

Even if you are lucky enough to have insurance, waiting to have your claim assessed and approved, then dealing with a shortage of tradies can take a real toll on your mental health. The waiting and the uncertainty can be especially hard.

Lack of income can clearly cause stress for the individual, their family and their larger network. Small businesses play an important role in rural communities and employ a large number of people so the sustainability of local businesses is crucial.

We also found the higher the floodwater was in a person’s business, the more likely the person was to experience depressive symptoms.

Six months after the flooding, business owners felt most supported by their local community such as volunteers and neighbours. However, those that felt their needs were not met by the state government and insurance companies were almost three times more likely to report symptoms of depression.

So, what can be done?

Firstly, we can boost preparedness. Risk and preparedness education may be especially needed for people who have recently moved to flood-prone regions. Many who have moved to regional areas recently may not be aware they live in a flood zone, or understand how fast waters can move and how high they can reach. Education is needed to raise awareness about the dangers. People may need help to prepare a flood plan and know when to leave.

Secondly, supporting people and local businesses after a disaster and assisting the local economy in its recovery could help reduce the mental health burden on people and the business community.

Thirdly, mental health services must be provided. A chaplaincy program was implemented in Lismore by the local government to assist business owners with emotional and psychological support after Cyclone Debbie and ensuing floods. This program was largely well received by business owners for having provided psychological support and raising mental health awareness.

However, the ongoing lack of mental health support remains an issue, especially in rural areas, and is exacerbated by disasters.

Fourthly, insurance disputes and rejection of insurance claims were among the strongest associations with likely depression in our research. We must find ways to improve the insurance process including making it more affordable, improving communication, by making claims easier and faster and boosting people’s understanding of what’s included and excluded from their policy.

No single organisation, government or department can solve these complex problems on their own. Strong partnerships between organisations are crucial and have been shown to work, as is direct and real-time support for flood-affected people.

Read more: You can’t talk about disaster risk reduction without talking about inequality

This story is part of a series The Conversation is running on the nexus between disaster, disadvantage and resilience. You can read the rest of the stories here.

PrevPreviousNavigating the road to consumer leadership in health: Shifting Gears day two
Next‘They died surrounded by family and friends (who could get leave from work if they needed)’Next