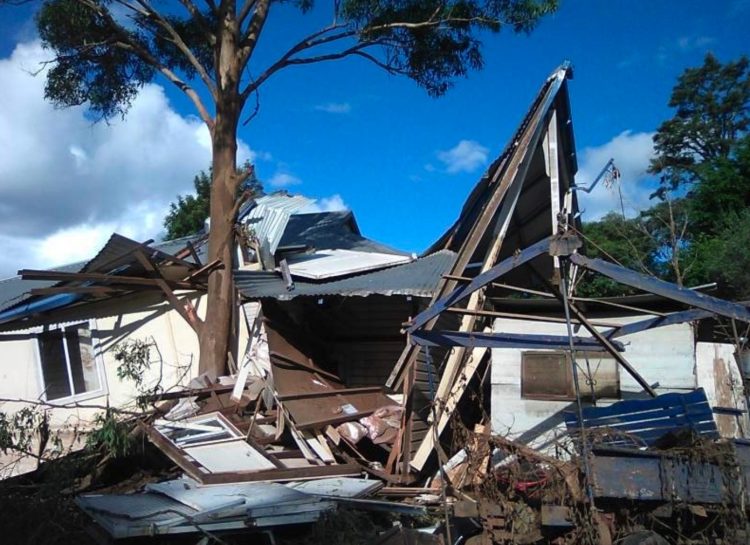 Introduction by Croakey: Amid debris and devastation, communities across eastern Australia are grieving their losses this week in the wake of catastrophic flooding.

Exacerbating the trauma is a widespread sense of abandonment, both in the immediate face of disaster and also in the wider sense of years of climate inaction by governments.

The health impacts will be wide-ranging and long lasting, and recovery efforts must privilege those with the greatest needs, reports Dr Amy Coopes.

Doctors across Australia’s flood-affected east coast have described “apocalyptic” damage and fraying of the social fabric as shell-shocked communities were left to fend for themselves in the wake of unprecedented floods.

The floods across New South Wales and Queensland have destroyed homes and infrastructure, and claimed at least 21 lives, but the wide-ranging and long-lasting impacts of such disasters mean the health toll will be counted over years to come.

Peak bodies including the Australian Medical Association (AMA) intensified longstanding calls for action on climate change as Prime Minister Scott Morrison’s declaration of a national emergency was criticised as too little, too late.

Frustrated Lismore locals attempted to confront the Prime Minister, who made a closely-guarded visit to the worst-hit region on Wednesday, where he was met with “palpable rage”, according to The Monthly. Protesters carried placards demanding climate action, with one sign stating: “Announce a climate emergency”.

A crowd of locals gathered outside Lismore’s Council Chambers, which have been converted into an emergency operations centre and from where Morrison was scheduled to hold a press conference, after touring flood-affected affected areas. The media was not informed of or invited to chronicle his movements, and Morrison was reportedly whisked in through a back entrance to avoid the throng, who were chanting “the water is rising, no more compromising” and “fossil fuel floods”.

“Every person that is hurt, that’s what climate change looks like. It’s not abstract,” one protester told Guardian Australia. “And we need our Prime Minister to show up and talk about it.”

Other community members told SBS of their frustrations and anger, describing “the lack of leadership, the lack of care, the lack of response” and a lack of financial assistance. 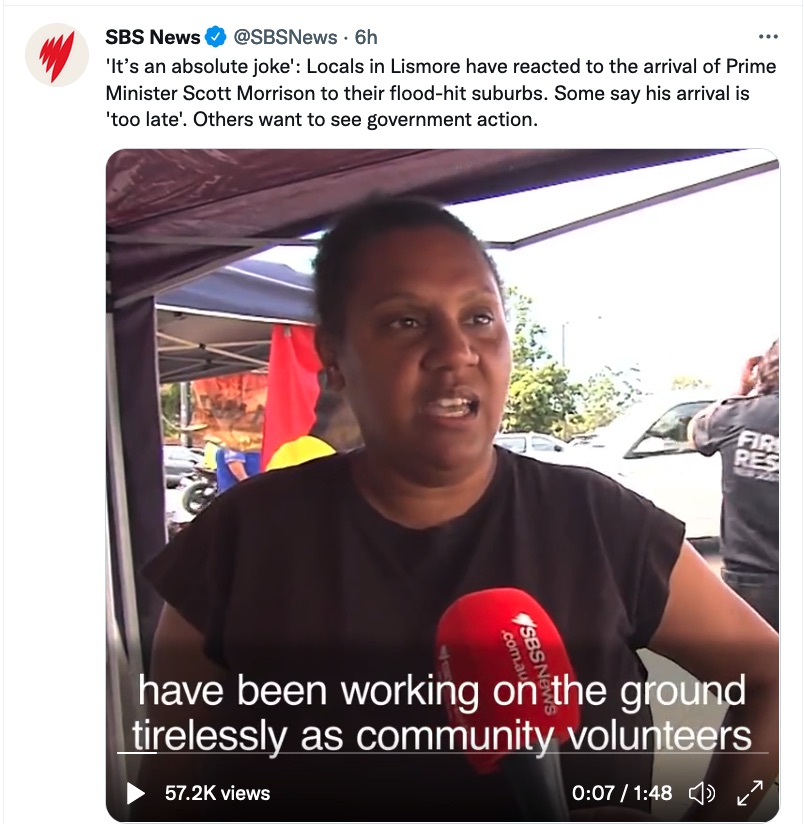 Lismore has been devastated by flooding linked to an intense east coast low driven by seasonal La Nina conditions, and the State and Federal Government have been criticised for being slow to respond, with the ADF only reaching the region in recent days.

There had been ample warning that the summer would bring significant rainfall and flooding, and such previously unprecedented events are only likely to become more frequent and intense due to the climate crisis.

Psychiatrist Dr Michael Breakspear trained and worked for a time as a GP in Lismore and his sister Omega has lived there for decades. She spent six days sheltering in her home on a hillside with a group of young artists after the waters rose, wiping out power and cutting off access to food, fuel and other supplies.

Breakspear said it was only down to pandemic hoarding of food and a “prepper” mentality from one of the artists who sourced a generator that the group managed to get by, setting out in kayaks to help those less fortunate. A neighbour’s house was swept off its foundations and destroyed their studio and gallery down the street.

“They have seen floods before and the last one was pretty depressing but they are just in shock, the rain just obliterated everything,” Breakspear told Croakey. “They’re traumatised, waiting for the next big storm, there was no cash, there was no connectivity, there were no shops, fuel. It’s apocalyptic.”

While the floodwaters had receded, the “roads were potholed and covered in dead animals and trees” and a number of outlying communities remained cut off and running out of supplies, Breakspear said, describing the “absurd” failure of the authorities to respond, leaving the community to fend for themselves. “They feel very abandoned.” 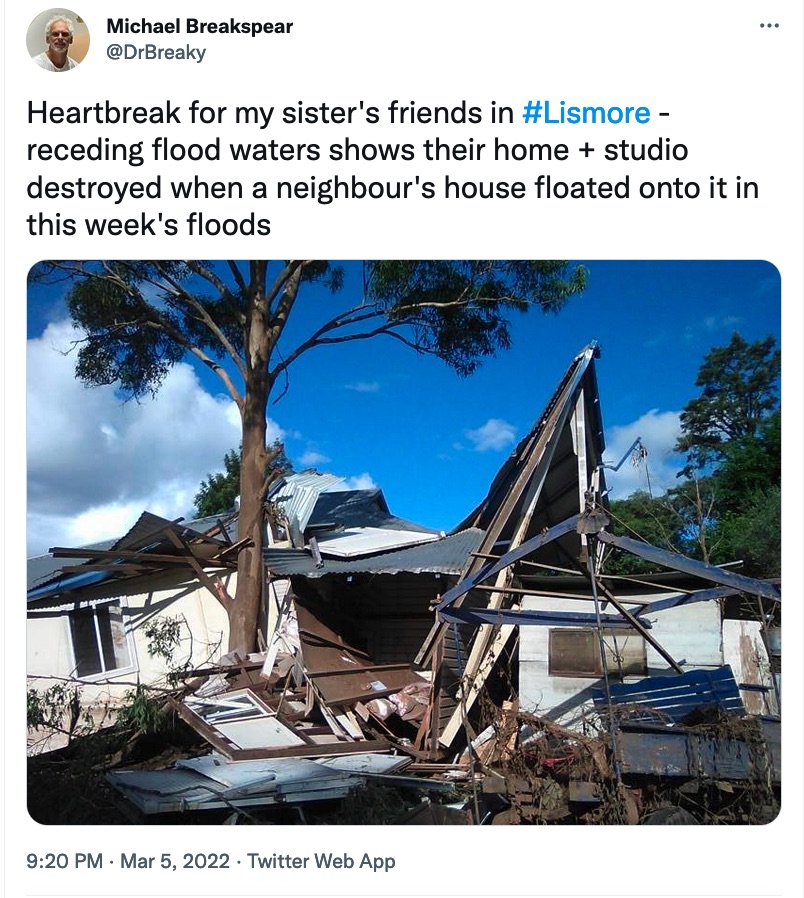 Dr Bill Liley, who works as a GP in the rural Queensland town of Taroom, has endured two flooding events this summer linked to the La Nina deluge.

The waters brought a wave of mosquitoes and sparked a resurgence of Ross River Virus (RRV) which, in turn, overlapped with a COVID outbreak and run of Epstein Barr Virus (EBV), which causes glandular fever in the tiny town of less than 1,000 residents.

A number of young children and elderly people were coinfected with RRV and EBV, or RRV and COVID, and several became very unwell. One person died and another is unlikely to survive the trip home from Toowoomba.

Australia’s chief medical officer declared a communicable disease incident of national significance this week related to a deadly outbreak across several states of Japanese Encephalitis Virus, which is closely related to RRV. NSW has confirmed three cases of JEV, including the death of a man in his 60s earlier this week, and cases have also been reported in Victoria and South Australia..

“This is more rain than I think we’ve had for about 100 years,” Liley told Croakey.

He described a four-day journey through floodwaters and roadblocks to get home to Kandanga south of Gympie, taking a remote gravel track through National Park and having to stop short of his house, where the driveway had been swept away and he had to complete the journey on foot.

Liley spent years up in Cape York and has seen plenty of cyclones and floods in his time, but says he has observed two shifts in recent years.

“The frequency of the events is increasing and the intensity is significantly different; and people are a bit more desperate, they’re living right on the edge and they have got less support, less social fabric around them,” he said.

“In Australia you used to say there will be no revolution because the weather’s too nice and there’s social security. Now, I think people on that edge of care and support systems really feel isolated, let down, left behind and ignored. The weight of climate change and natural disaster effects are really showing up the fragility of our social bonds. It used to be that all of us were only three or four events away from homelessness, but for a significant chunk of us it’s now just one.”

Groups including the Australia Council of Social Service (ACOSS) have urged the State and Federal Governments to make a concerted effort to centre marginalised groups in their disaster response and act to shore up food security rather than relying on charities and crowdfunding campaigns.

Housing groups have urged the NSW Government to fund a significant and immediate housing recovery package to address the short and long term impact of the floods, with immediate temporary housing options for people on low incomes, and investment in social and affordable housing to address the critical shortage of housing in the flood impacted areas.

Breakspear says many people in the Lismore region live on the poverty line, with Richmond Valley the sixth-poorest out of 130 NSW LGAs. 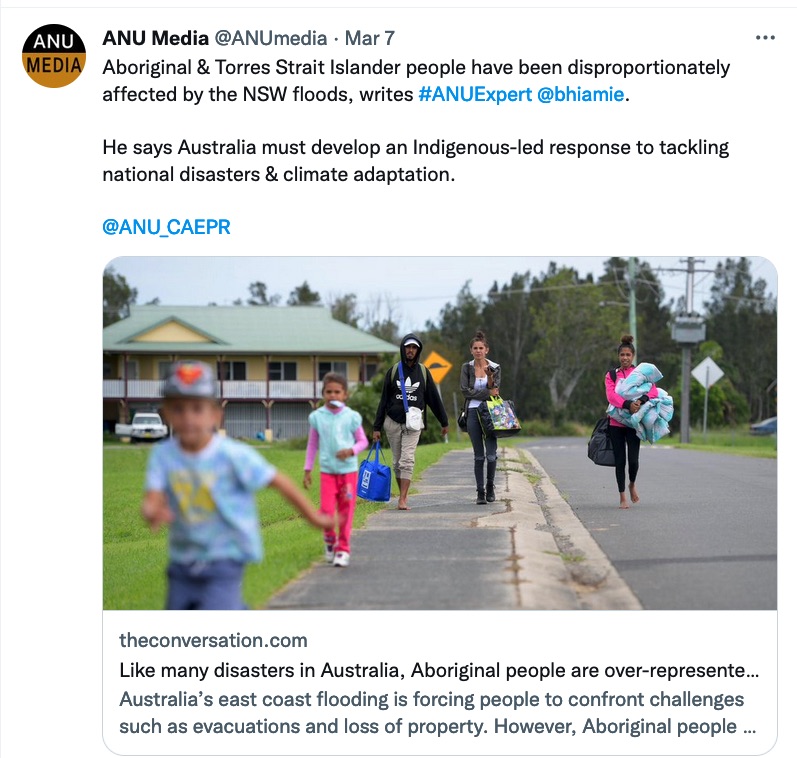 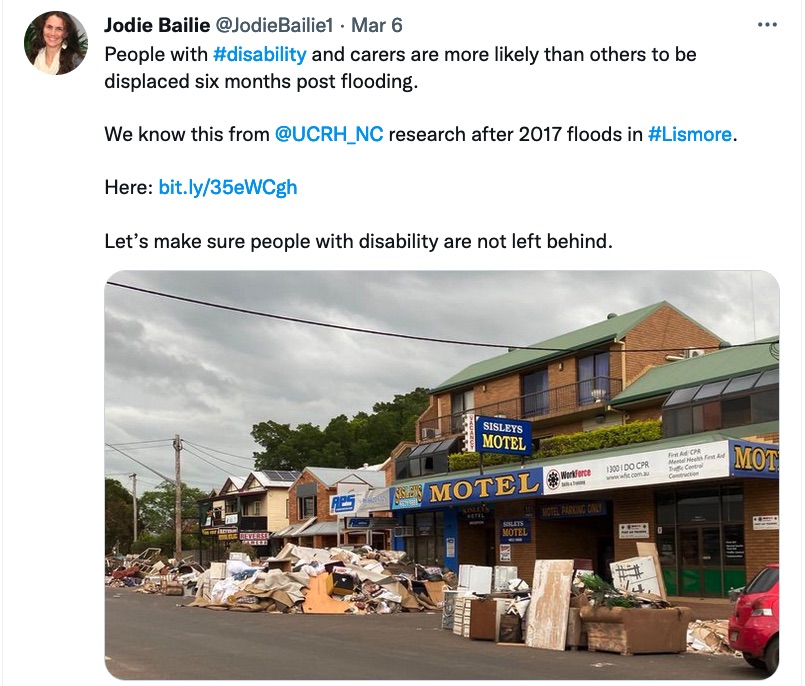 The AMA, Public Health Association of Australia (PHAA) and the Climate and Health Alliance (CAHA) all issued calls this week for greater action on climate and health, describing the flooding as further proof that the climate crisis is already engulfing our way of life.

PHAA President Adjunct Professor Tarun Wereramanthri said there was a clear social gradient and equity dimension to such disasters, because they “often afflict people from low-income backgrounds who have suffered the loss of what little they had”.

He said it was imperative that the Federal Government heed the lessons of this and previous summers and develop a comprehensive strategy on climate, health and wellbeing – as experts have been urging for years.

These calls were echoed by AMA President Dr Omar Khorshid.

“Events such as these devastating floods demonstrate that there is a real human cost to a changing climate. It should not be left to communities to respond to these events alone. We need a unified national approach to mitigation, preparedness and response to climate change events,” said Khorshid.

“As doctors we see and understand health threats posed by climate change and Australians are experiencing these impacts on an increasingly regular basis.”

Emergency physician Dr Kat Woolfield works on the Sunshine Coast and says most people in south-eastern Queensland would know someone with severe flooding damage due to the sheer extent of the crisis. She described a growing sense of frustration around the rhetoric of “unprecedented” and “once in a lifetime” weather events that were occurring with alarming frequency.

“I think there is a real disconnect between what we know really needs to happen and how we are going to get there,” she told Croakey. “We’re not doing nearly enough in terms of reducing carbon emissions, putting pressure on the rest of the world to reduce carbon emissions, adaptation and preparedness.”

Communities would be at risk of a number of direct health impacts over coming days and months, including infections linked to tainted water and mosquitoes, as well as drownings and injuries related to clean-up, according to Khorshid, who also highlighted the ever-present threat of COVID-19 and the chronic disease impacts from people losing access to their regular doctor and medicines.

But Woolfield said it was the indirect impacts that would be most significant, and linger longest for affected communities, once the adrenaline and goodwill had faded and the media attention had dropped away.

“What we see, and what goes on for months and years, is the mental health impacts and how they play out in terms of, first, mental illness; secondary risk for alcohol and drug-related misuse, and thirdly, the dramatic impacts on physical health,” she said. 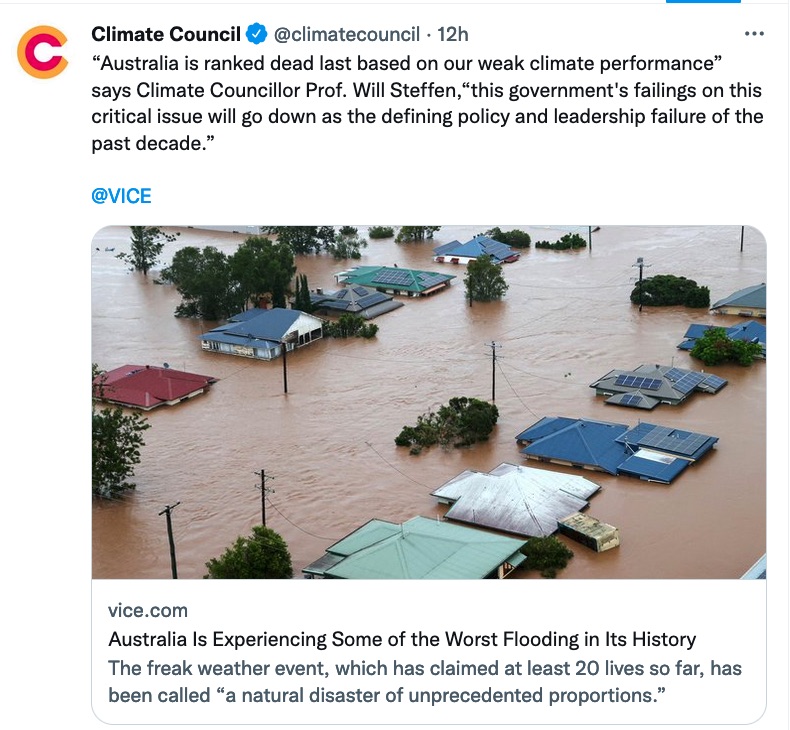 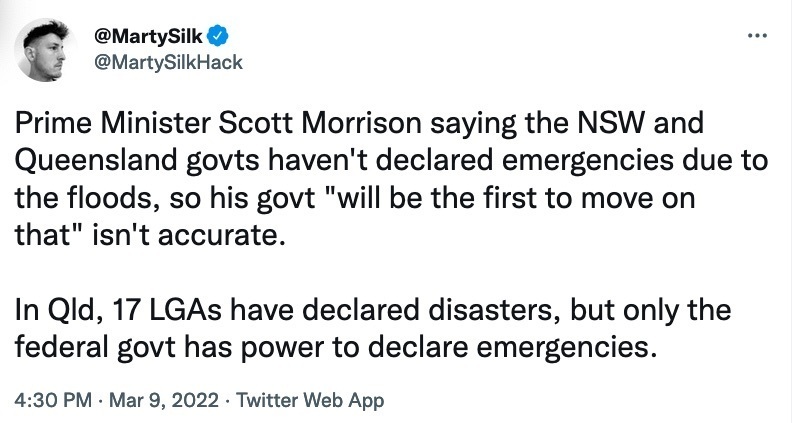 Sense of frustration over the response 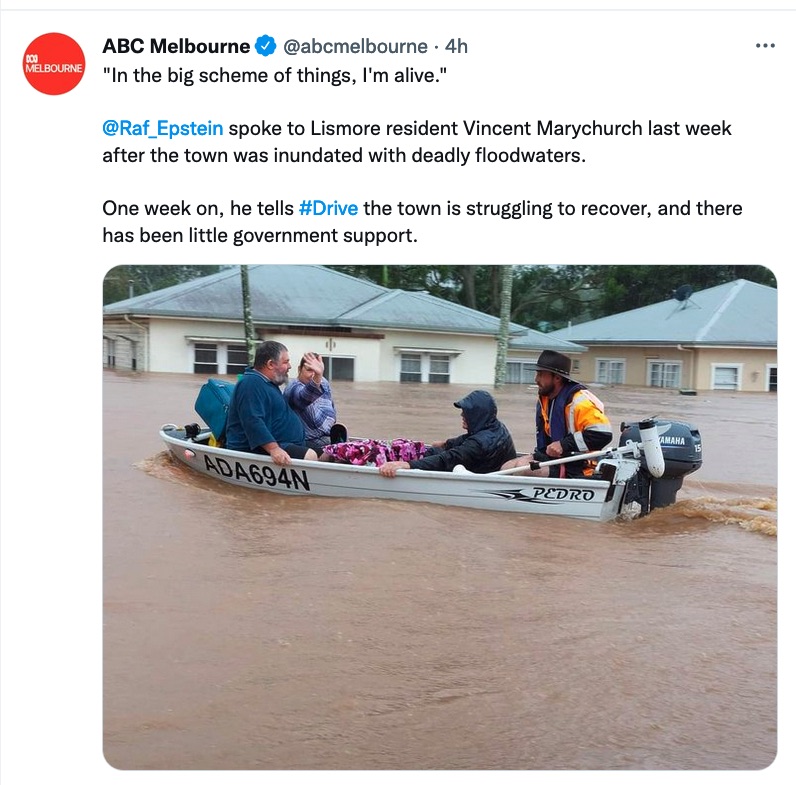 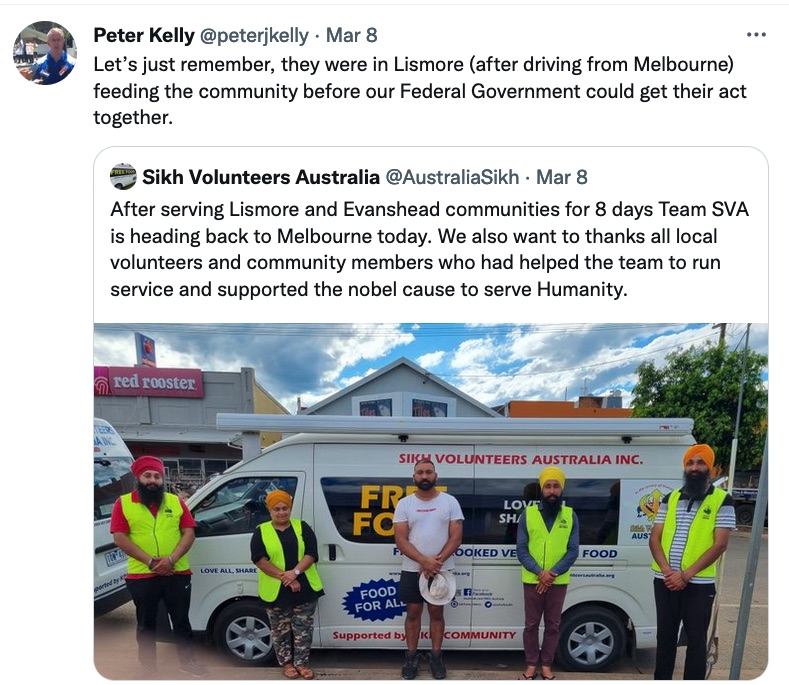 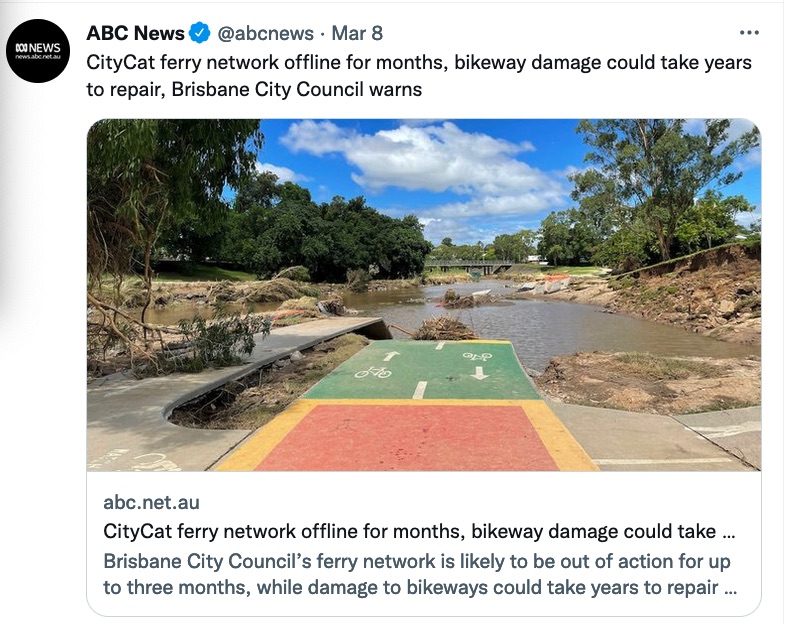 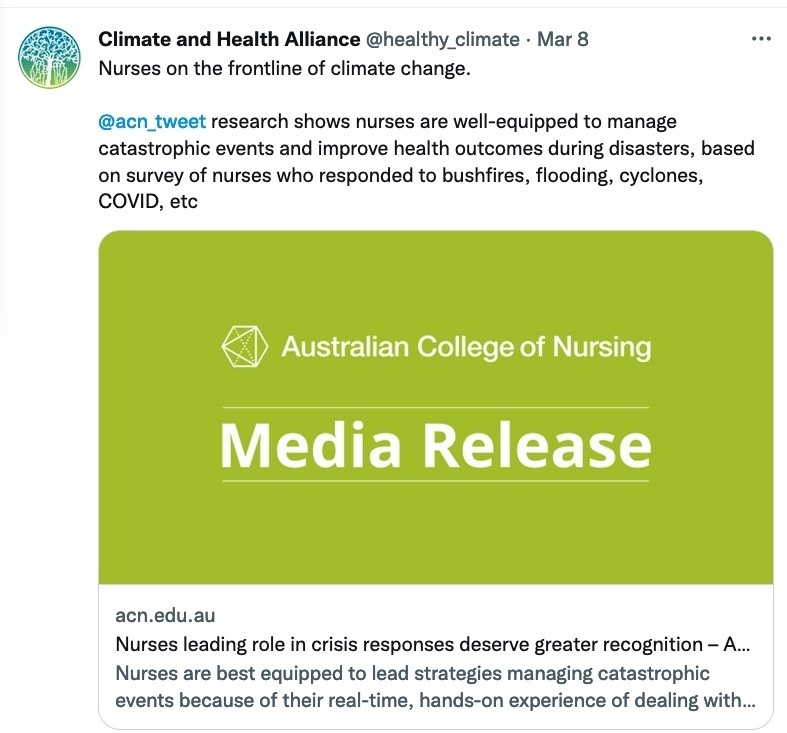 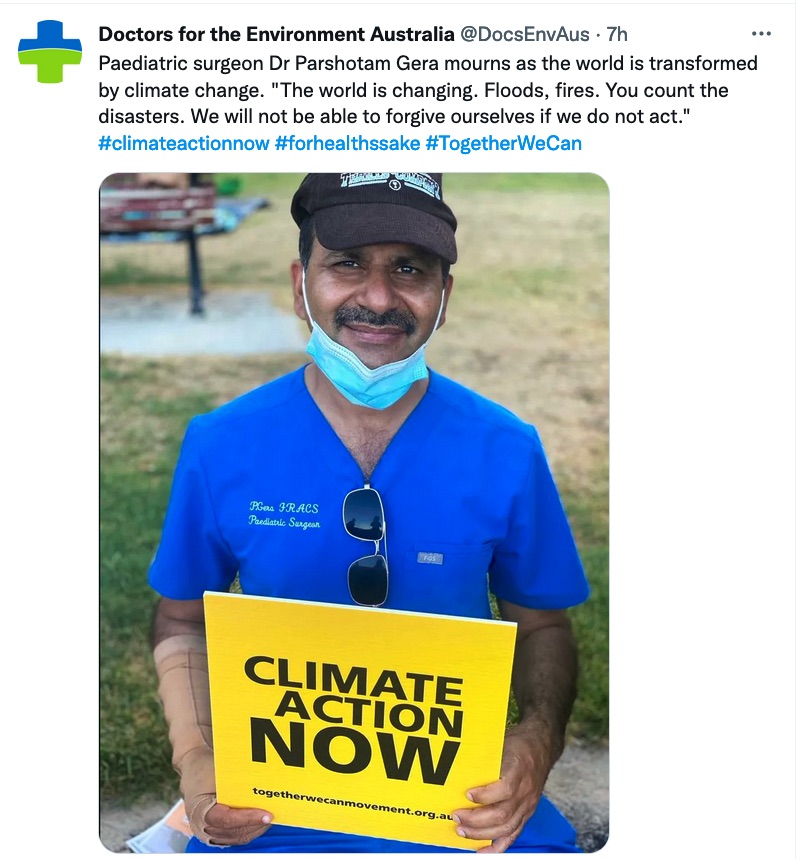 See this Twitter thread of Croakey’s coverage of the 2011 floods.