Focus on appropriate care and responses for those bereaved by suicide 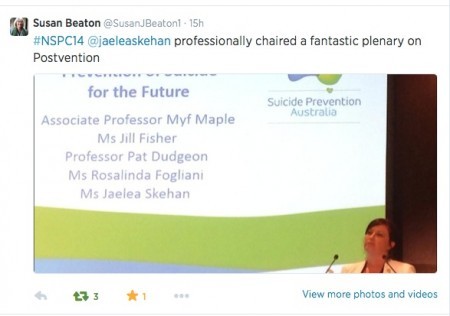 “Postvention” may not be a term familiar to many people outside the field of suicide prevention, but it dominated day two of the 2014 National Suicide Prevention Conference in Perth.

The conference’s third plenary panel, Postvention is the Prevention of Suicide for the Future, emphasised the need for postvention, or care for loved ones of and people known to someone who has died by suicide.

According to Jill Fisher, national coordinator for Standby Response Service, research into bereavement yields a variety of estimates of the number of people affected by a suicide. One study claims an average of ten, another places the average at fourteen, and another claims a range of between five and one hundred.

“Whenever police find out what I do, they tell me about a time when they had to handle a death by suicide,” she said. “These are experienced police, and they describe it as the worst day of their lives.”

Australia is a world-leader in postvention strategies, according to Fisher, but this is largely because internationally very little is done on postvention.

Not only is there demand to start work on where best to target postvention, but there is, according to Fisher, a human desire to do so in a time of crisis.

Suicide bereavement is also different from other kinds of bereavement, necessitating a specialised response.

Following a suicide, the bereaved are almost four times more likely to report making a suicide attempt. Although suicide deaths may be quantitatively similar to other deaths, they are qualitatively different.

The time has come, Maple said, to cease debating whether postvention is an effective mode of suicide prevention, because there was enough evidence to assume that it is. Instead, focus should turn to implementing successful interventions. 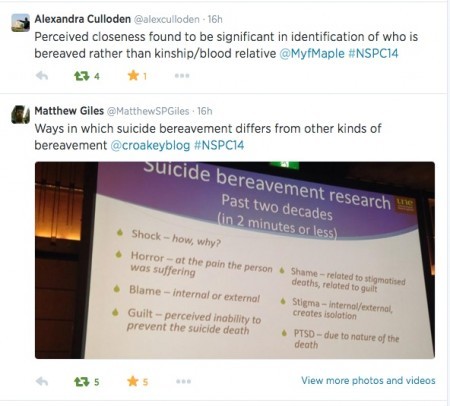 Important sites for postvention interventions are remote Aboriginal communities, according to Professor Pat Dudgeon from the School of Indigenous Studies at the University of Western Australia, who also spoke about the National Empowerment Project.

Poor or zero postvention programs following suicides in such communities create cycles of grief that are very difficult to escape, she said.

Contributing to this problem is the tendency of health and counselling services to act without the consultation, leadership, or involvement of Aboriginal people.

Not only does this lead to sub-optimal treatment, it also dehumanises those clients failed by the service, Dudgeon said. 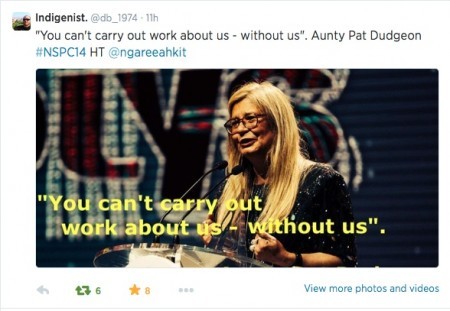 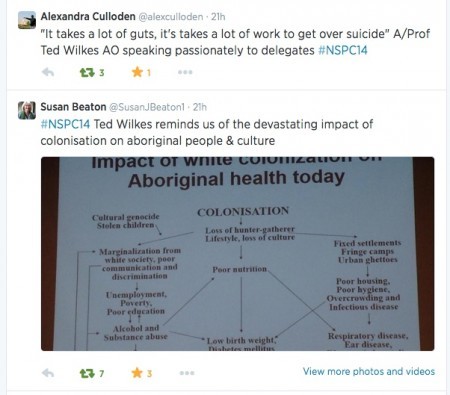 More details about “Conversations matter when discussing suicide in Aboriginal communities” are here. 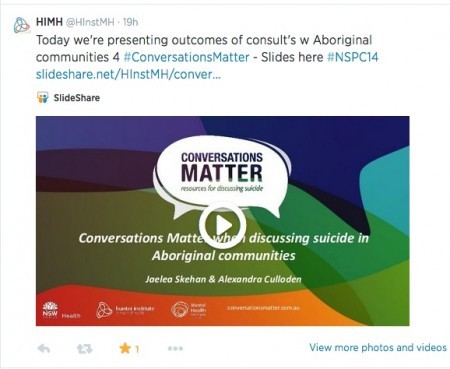 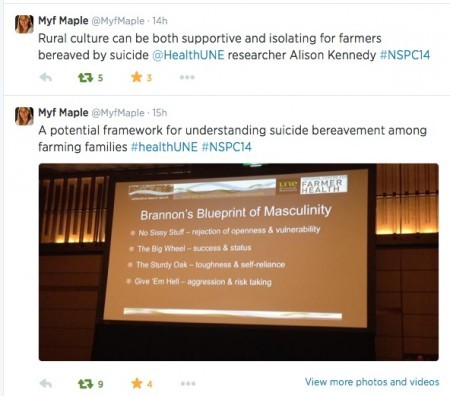 On the need for safe conversation spaces: