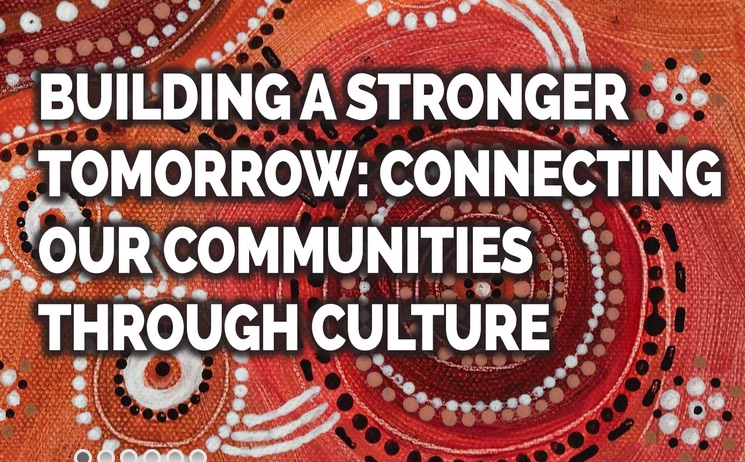 Detail from conference website. For more information see details at the end of story below.

Summer May Finlay, who will cover the discussions for the Croakey Conference News Service together with Marie McInerney, writes below that the focus will be on community-based solutions, as well as listening to young people and LGBTIQ+ sistergirls and brotherboys.

Suicide among Aboriginal and Torres Strait Islander communities is regularly in the media and public conversations. Often the focus is on an individual completed or attempted suicide or the negative statistics.

The second National Aboriginal and Torres Strait Islander Suicide Prevention Conference, to be held in Perth on November 20-21, will shift the focus to solutions identified by Indigenous people themselves. The program consists of only Indigenous people from Australia and internationally.

Our voices are important because it is our mob who understand what is going on in our communities best. We live and breathe it, with many of us either having considered taking our own lives, making an attempt or having had family members who have. This is why the program includes a focus on community-based solutions.

While the term “Aboriginal and Torres Strait Islander” is used as a collective term for the Indigenous nations in Australia, each community within each nation is unique – culturally, socially and historically. This means that solutions need to be tailored to each community. Again, this focus is reflected in the conference program.

That’s not to say everyone in each community has the same needs and concerns. Within communities there are sub-groups who also have distinct needs, such as young people and LGBTQI+ sister girls and brother boys.

Our young people and community of LGBTIQ+ sistergirls and brotherboys experience disproportionate rates of suicide. Their voices on how to address the situation are important to hear, which is why these groups are well represented at the conference, with sessions where people will share their stories of ways forward.

Dion Tatow, a conference presenter, says the focus needs to be on ways forward because being “LGBTIQ+ sistergirls and brotherboys isn’t the cause of suicide, it is the discrimination and exclusion that are the cause”.

He says: “The shame [and] secrecy. You have to hide it, so it’s not good for your own health and wellbeing.”

According to Tatow, the program Safe and Deadly Spaces run by Aboriginal and Torres Strait Islander Community Health Service in Brisbane (ATSICHS) is a great example of what ACCHOs can do to offer appropriate services to LGBTIQ+ sister girls and brother boys.

ATSICHS is “committed to being inclusive of all sexual orientations, gender identities and intersex variations to ensure every member our community feels safe, accepted and valued when they access our services and programs”.

Young Aboriginal and Torres Strait islander people also have a strong presence at the conference.

Will Austin, 22, a Gunditjmara man, from South West Victoria who is the Community Relations manager for Culture is Life, was charged with leading development of the youth program. He believes that young people being part of the program was important because “Aboriginal leadership and expertise needs to be shared in a really inclusive way with young people through listening and reciprocity across the generations.”

Culture is Life, as the name implies, places culture at the centre of the work they do, and Austin sees culture as key to health and wellbeing for our young people, connecting to cultural practice in traditional and modern ways. He says:

Modern culture is marching down the street and finding the balances in different ways such as art, dance and contemporary dance, poems, song writing, music.

Our culture has been around for thousands of years and shared through our Elders. It will evolve. There is no better feeling than going out on country, dancing on country, feeling your feet on the earth your ancestors have walked on. Connecting to the ancient knowledge and using modern ways to communicate it.”

Will Austin and Katie Symes encourage young people at the conference to have their voices heard.

Austin said: “Don’t be shame. Make sure you step up. Make sure you contribute to the conversations…young Indigenous people are the heartbeat of the nation.”

Symes said: “It’s important for young people to be supported to cut their teeth in a really safe space.”

And the conference is designed to be just that, a safe space.

Culture is Life is promoting the importance of “Listening with our hearts to the lived experiences of First Nations young people, their friends, families and communities” through its LOVE and HOPE campaign, which aims to aims to raise awareness through communicating the evidence, lived experiences and Aboriginal-led solutions. This aim is echoed through the conference.

The conference showcases evidence from research and lived experience from Aboriginal and Torres Strait Islander people and Indigenous brother and sisters from other countries. The uniqueness of the program will lend itself to a unique experience for attendees.

This conference follows the first conference held in Alice Springs in 2016 as part of the Aboriginal and Torres Strait Islander Suicide Prevention Evaluation Project funded by the Commonwealth Government (see this Croakey report compiling coverage of the conference).

• The feature image above is detail from an artwork on the conference website: Moortang Yoowarl Dandjoo Yaanginy: Families (Cultures) Coming Together for a Common Purpose (Sharing) Shifting Sands. The website says: “This artwork represents our people doing business on country that is recovering from colonisation; our lands taken over, our cultures decimated, and our families separated, causing hardship, despair, and loss of hope.”