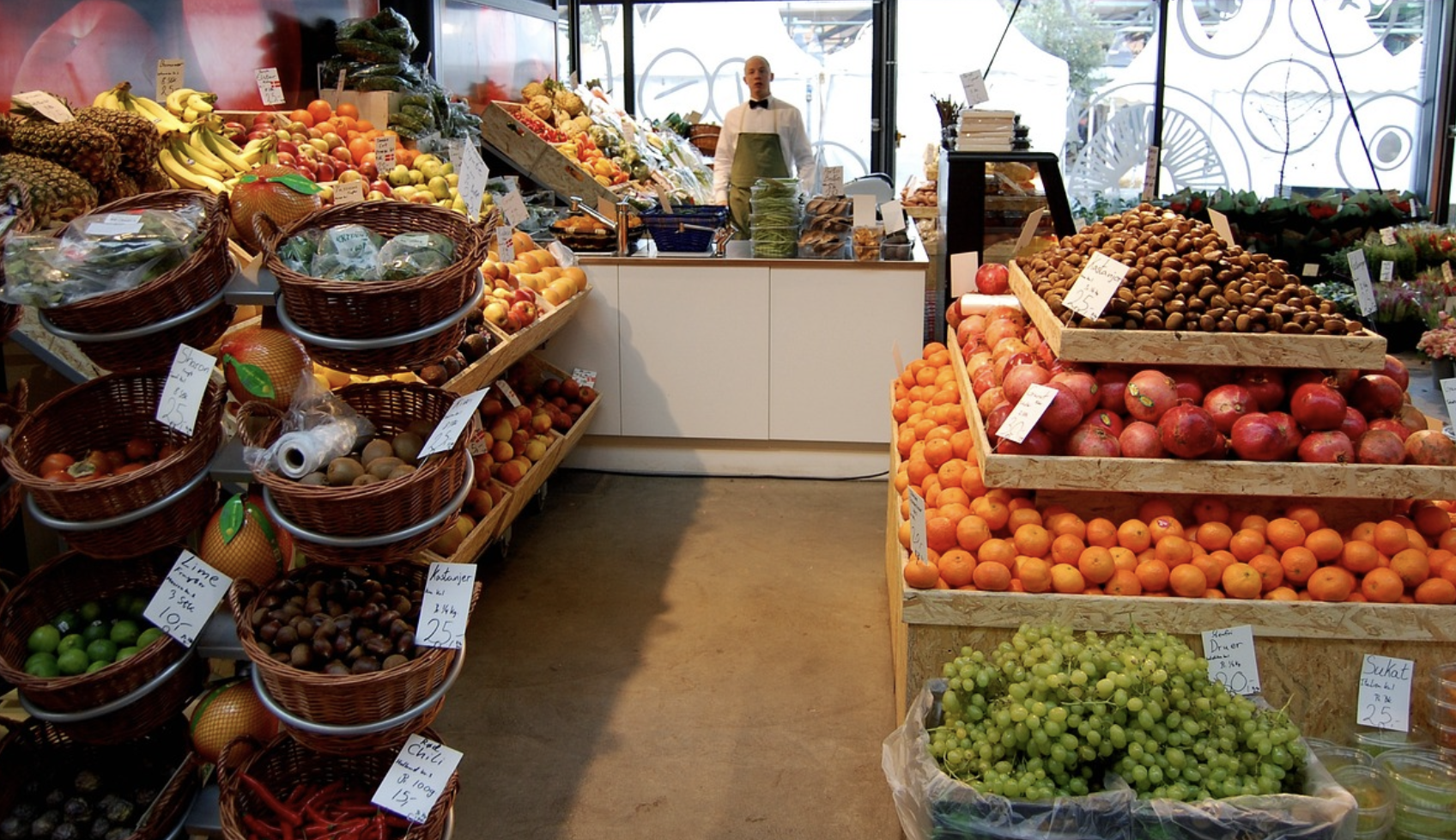 In a recent study, Professor Nicky Morrison from Western Sydney University and Dr Gregory Paine from Western Sydney University and UNSW Sydney mapped locations of food outlets in Western Sydney and compared these with local levels of disadvantage and health problems. Their article below, originally published in The Conversation, discusses the strong correlation they found between suburbs with large proportions of shops selling unhealthy foods and those with greater levels of disadvantage.

Public concerns about high food prices highlight how meeting basic human needs can’t be taken for granted, even in a country like Australia.

Food prices are but one part of the equation that determines access to food – and healthy eating more generally. Just as poverty for some can be hidden within a relatively wealthy community, lack of access to fresh affordable foods can be a problem even in our largest cities.

The term “food desert” describes this concern. It is believed to have been first coined in the United Kingdom. It’s now widely used in the United States and also in Australia.

People living in food deserts lack easy access to food shops. This is usually due to combinations of:

The term “healthy food desert” describes an area where food shops are available, but only a limited number – or none at all – sell fresh and nutritious food.

Our recent research looks at whether food deserts might exist in a major local government area in Western Sydney. We mapped locations of outlets providing food – both healthy and unhealthy food – and of local levels of disadvantage and health problems.

Our initial results are disturbing. We found nearly two-thirds of suburbs have no food stores at all. In those that have them, only 16% of the stores are healthy food outlets. 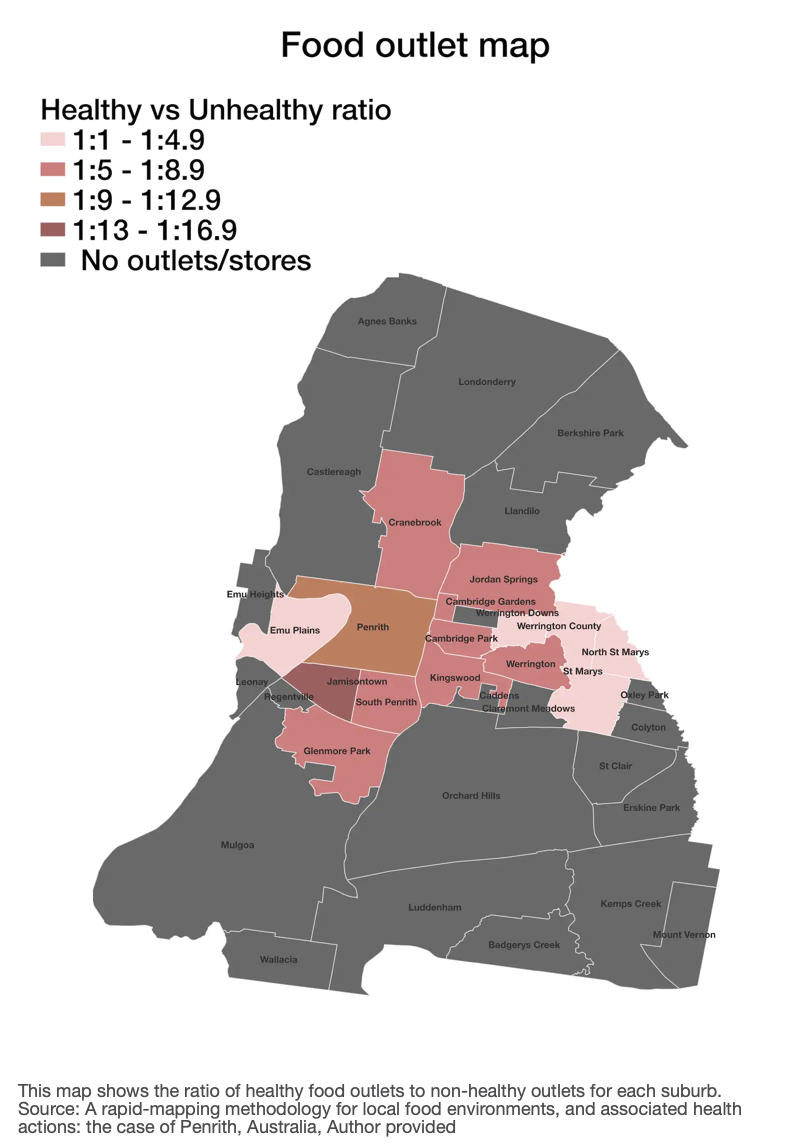 The maps also show strong correlations between these food deserts and areas of poor public health and socioeconomic disadvantage.

Our research took a rapid appraisal approach to assess whether food deserts might be present in the study area.

Health data from the Australian Health Policy Collaboration indicate concerning rates of overweight and obesity, diabetes and early deaths from cardiovascular disease in these areas. 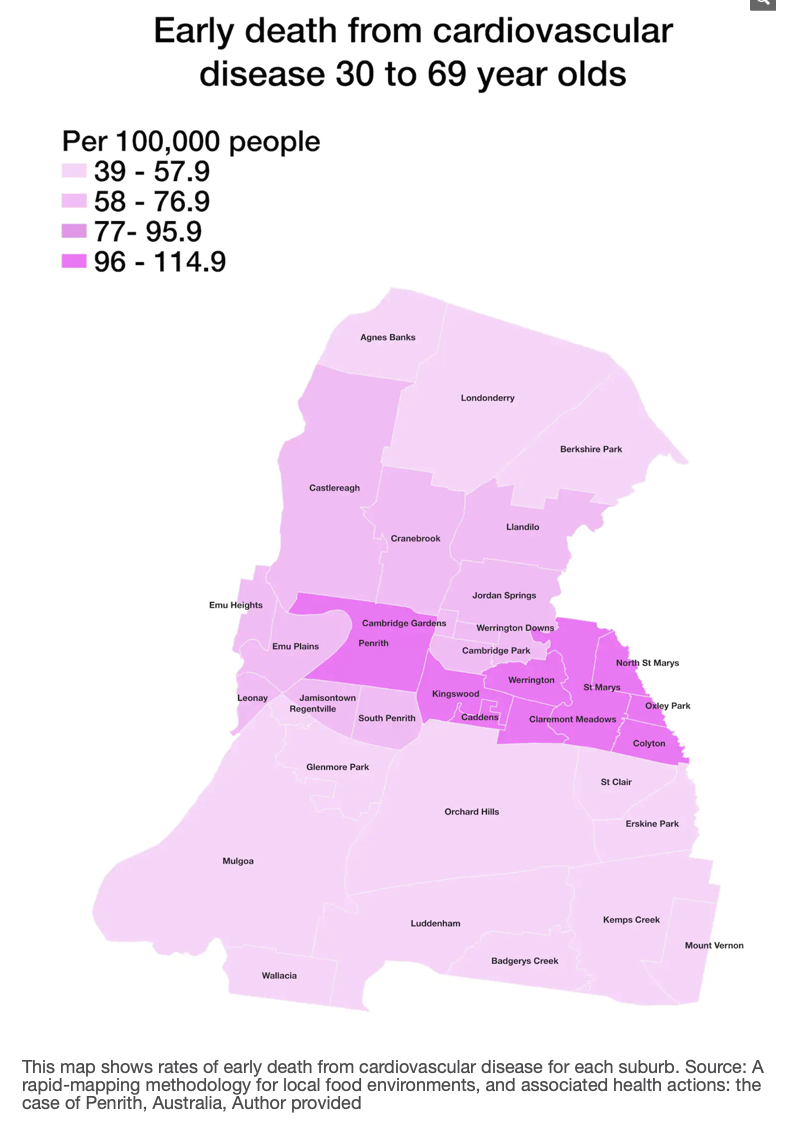 As for the physical environment, the local government area is made up of large single-use residential zones, inconvenient distances to shops, and many fast-food outlets. Walk Score ratings of the suburbs indicate how much a car is needed for almost all errands. People who don’t have a car face real hurdles to accessing affordable, healthier food options. 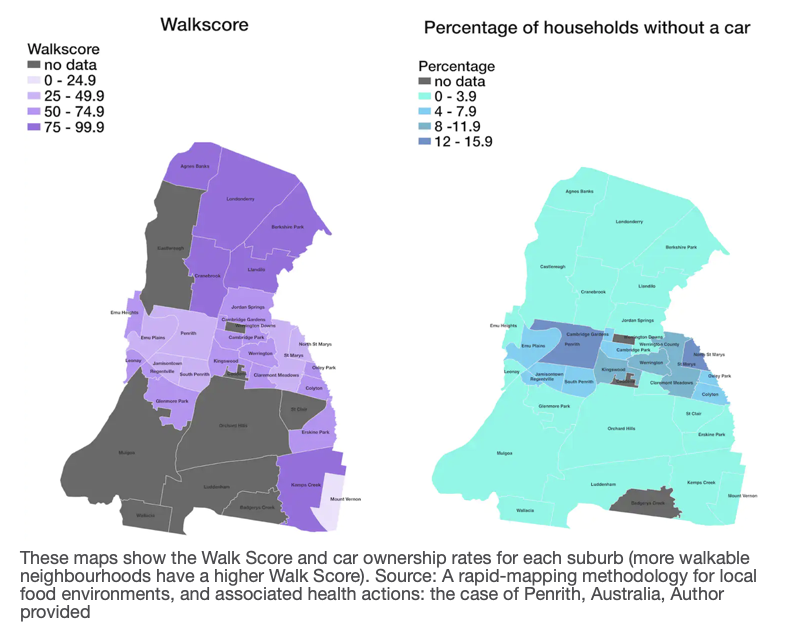 We used other data sets (online business directories, store locators and Google maps) to plot the locations of food outlets and make an initial assessment of the types of food they offer. We broadly classified these as “healthy” (chain-operated and independent supermarkets, multicultural grocery stores – mostly Asian and African in this area – and fruit and vegetable shops) and “unhealthy” (independent and franchise takeaway stores and certain restaurants and cafés).

We mapped the health and livability indicators and food outlets in different colours.

The coloured maps offer quick, informative and approachable appraisals of the situation. Because community members can easily interpret them, the maps may help to prompt community action to improve the situation.

The dominance of “non-healthy” food outlets

Further, all food outlets (healthy and non-healthy) are located in 14 suburbs. This means 22 suburbs have no food stores at all. The 14 suburbs with food outlets also commonly have more – at times substantially more – unhealthy than healthy stores.

The mapping also shows a strong correlation between suburbs with large proportions of unhealthy stores and those with greater levels of disadvantage (using the Australian Bureau of Statistics index of relative socioeconomic disadvantage). The suburb ranked as the most disadvantaged, for instance, has six unhealthy food stores but no healthy food stores. Its Walk Score indicates residents depend on the car and could manage few errands by foot. 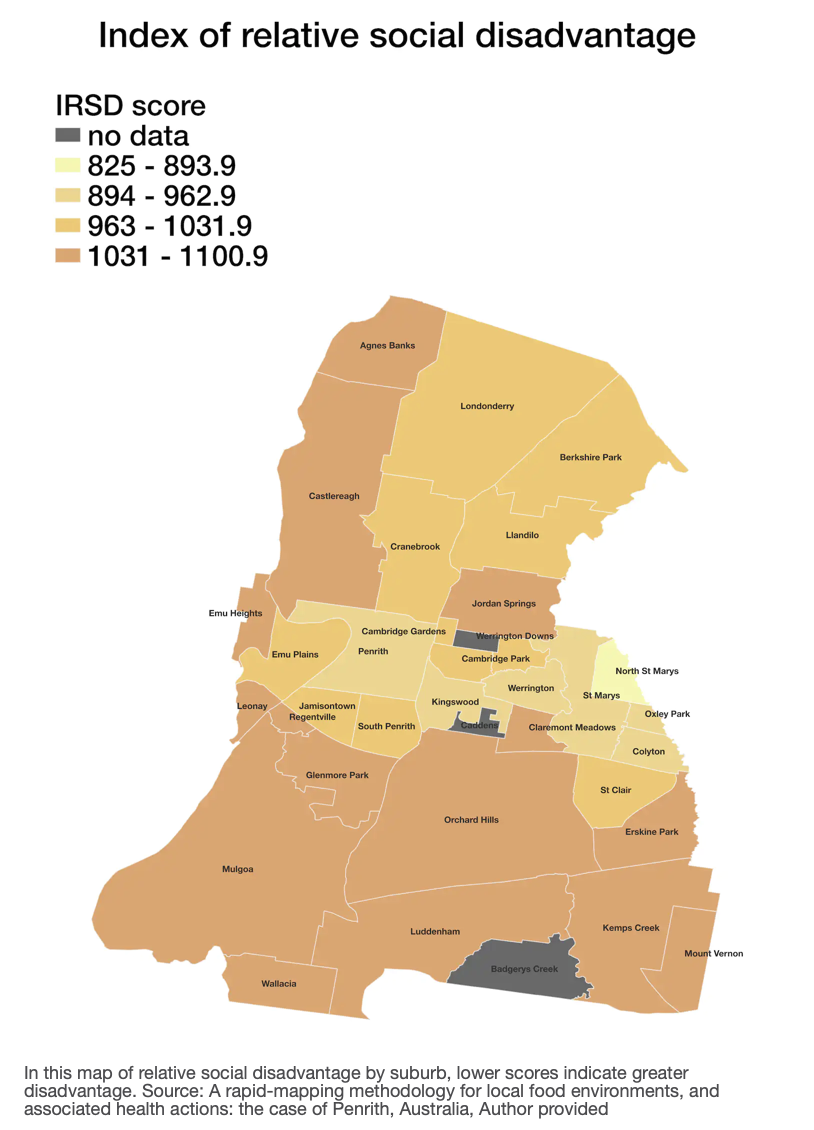 Our rapid appraisal method does not provide all the answers. Care needs to be taken to not fall into the trap of over-interpretation.

Nor should food outlets themselves be seen as a proxy for healthy or unhealthy eating. They are but one of several factors to be considered in assessing whether people are eating healthily.

It’s clear large parts of this urban area do not support residents’ health and wellbeing by providing good access to healthy food choices.

Urban policy can be effective in eliminating food deserts. Social, land use and community health actions always need to be on the ball and targeted to need.

After all, diet-related choices are not just an outcome of personal preferences. The availability of food outlets, and the range of foods they sell, can influence those choices – and, in turn, nutrition and health.

Our findings pinpoint where targeted investigations should be directed. Determining the exact nature of this lack of choice will help policymakers work out what can be done about it.

It’s an approach well worth taking throughout Australia to check where there might be similar hidden concerns.

Our study lists other proven tools to assist follow-up research that our work has shown is needed. These include:

We all deserve to live and work in places that intrinsically support, rather than detract from, healthy choices and behaviours, and therefore our health itself.

See here for Croakey’s archive of stories on food as a determinant of health.