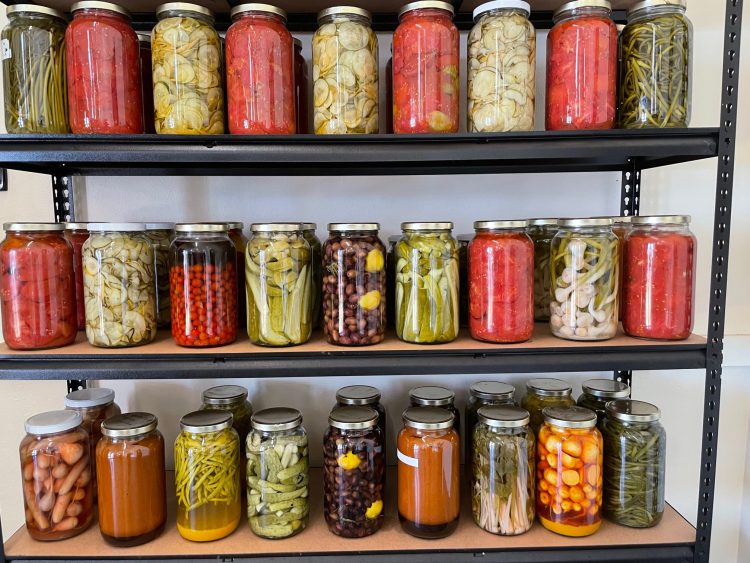 Food, nutrition and climate: what was on the table at COP27?

Introduction by Croakey: Transformation of food systems is critical for climate mitigation and adaptation efforts, according to Holley Jones, a member of the Public Health Association of Australia’s Food and Nutrition Special Interest Group.

Below, she gives an overview of related progress made at the recent COP27 meeting, and highlights opportunities for advancing food, nutrition and climate agendas for health.

“By continually bringing passionate systems thinkers together across public health, nutrition, and climate, we can effect real change at the scale and pace needed,” she says.

The 27th Conference of the Parties (COP) of the United Nations (UN) Framework Convention on Climate Change (UNFCCC) took place in Egypt in November, with the intention to drive collaboration and enact commitments made in Glasgow last year.

Converting commitments into action is crucial, as the recent Emissions Gap Report shows we are not on track to meet the Paris Agreement. The report states that as yet there is no credible pathway in place to limit warming to 1.5°C, and urges wide-ranging, large-scale, and rapid transformation.

The scientific consensus outlined in the recent Intergovernmental Panel on Climate Change Mitigation Report demonstrates the potential for significant emissions reductions throughout the food system.

These include altering dietary patterns, driving changes in food production and land use, and reducing food waste. Enacting these changes throughout the food system is essential for reducing emissions at the scale required. Even if fossil fuels were reduced to zero tomorrow, we’d still need a major transformation of food systems to meet the Paris Agreement to limit warming to below 2°C.

Already, malnutrition in all its forms (obesity, undernutrition, and other dietary risks) is the leading driver of disease worldwide. Climate change will worsen these effects and disrupt food production systems.

The Lancet Commission highlighted how undernutrition, obesity, and climate change are converging into a global syndemic – they will overlap in time and place, interact with each other, and they share common underlying societal drivers.

As well as progressing the Koronivia joint work on agriculture, there were some promising signs food and nutrition received the focus they deserve at COP27, with the first food systems pavilion as well as the food4climate and Food and Agriculture Pavilions.

While the focus on food systems this year is positive, the scope and scale of investment suggests room for improvement. A new Global Alliance for the Future of Food report showed that food systems only attract three percent of public climate finance, despite food systems being responsible for a third of global emissions.

In contrast, UN research shows 87 percent of government agricultural subsidies are harmful to human health and the environment. Repurposing public spending for healthy and sustainable food systems is a priority still to be addressed.

One policy lever that could be used in the COP process to simultaneously address food, nutrition, and climate concerns is for countries to use their Nationally Determined Contributions (NDCs) to cut food system emissions.

NDCs are the emission reduction commitments countries publicly make ahead of the COP, such as Australia’s recent 43 percent commitment. However, using NDCs to drive down food system emissions is rarely done effectively, and dietary change goes largely unmentioned.

A major advance at COP27 was the launch of the Initiative on Climate Action and Nutrition (I-CAN), a multisectoral initiative to help member states connect actions to accelerate progress in both climate (mitigation and adaptation) and nutrition.

One area ripe for action is dietary change as a demand-driven force for food systems transformation. Of particular interest to public health professionals is changing the demand for unsustainable dietary patterns, in particular high intakes of meat, dairy, and discretionary or ultra-processed foods.

A diet consistent with the Australian Dietary Guidelines has a 42 percent lower carbon footprint than the current average Australian diet and significant changes are required to align Australian diets with health and environmental sustainability recommendations.

It concluded that an over-reliance on fossil fuels could lock in a harmful warmer future, while a health-centred, low-carbon pathway offered one where people not only survive, but thrive. Locally, the Medical Journal of Australia-Lancet report suggests Australia is unprepared for climate change and paying the price.

The Australian policy brief highlights the importance of a sustainable food system. It recommends including environmental sustainability principles in the updated Australian Dietary Guidelines, and aligning food and agriculture policies (such as the Food Standards Australia New Zealand Act) with these guidelines, to capitalise on climate and health co-benefits.

Greenwashing was on the table

Coca-Cola was one of the sponsors of COP27, with public relations firm Hill+Knowlton, (responsible for the Big Tobacco Playbook and fossil fuel accounts) also a partner of the event.

Concerned scientists and health organisations have written open letters to the Secretary of the UNFCC calling on them to drop the sponsorship and end the greenwashing of the UN process, calling the relationship incompatible with the climate change negotiations.

This situation is timely given the release of a high-level expert panel’s report at the event, calling out corporate greenwashing and lobbying activities of non-State actors.

These issues are highly relevant to the intersection of food, nutrition, and climate, where false solutions from corporate interests are possible through questionable carbon accounting and obscure labelling and terminology of food products and production processes.

Food and climate for the future

Overall, COP27 appears to have been an important and progressive platform for integrating food, nutrition, health, and climate, but it will be important to remove corporate capture to maintain the integrity of deliberations.

It would be a win for nutrition and climate action if every COP built on this new high standard of movement on food systems. By continually bringing passionate systems thinkers together across public health, nutrition, and climate, we can effect real change at the scale and pace needed.

Holley Jones is a member of the PHAA’s Food and Nutrition Special Interest Group. This article was first published by the PHAA’s Intouch site. The views expressed in this article are those of the author and may not reflect those of her current employer