Home Indigenous health For Aboriginal and Torres Strait Islander people, what are the health impacts of social media? 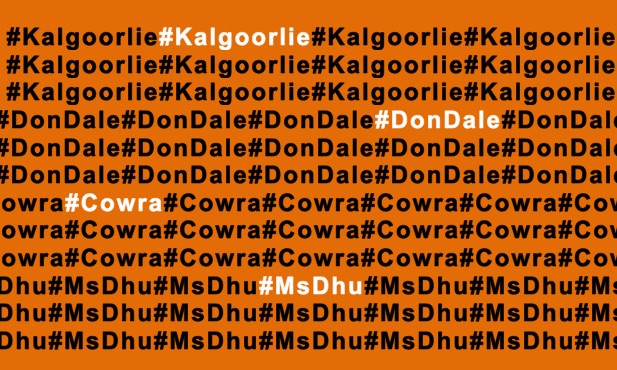 For Aboriginal and Torres Strait Islander people, what are the health impacts of social media?

The intense uptake of social media platforms by Aboriginal and Torres Strait Islander people is bringing new opportunities for connection, expression and cultural practice, according to Bronwyn Carlson, Associate Professor in Indigenous Studies at the University of Wollongong.

But it also raises questions about the impacts of an unrelenting exposure to news about traumatic events, such as deaths in custody and suicide, she says. 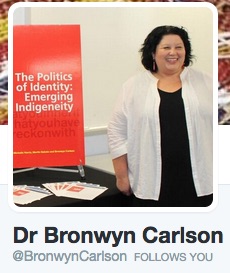 My research has found that such traditions that were once reserved solely for face-to-face interactions are now regularly taking place on social media. For the past three years I have been working on an Australian Research Council (ARC) funded project focusing on Indigenous use of social media

Social media has changed the nature of communication with sites like Facebook and Twitter becoming the primary sources of communication where Indigenous people can find out what is happening in our networks and in the world.

The constant presence of death in our communities can be explained by two major factors: high rates of Aboriginal mortality and cultural practices around death.

Data from the Australian Bureau of Statistics (2010) shows an appalling discrepancy between the life expectancies of Aboriginal and non-Aboriginal Australians. Such statistics refer mostly to ill health and do not generally record the episodes of deaths in relation to suicide, deaths in custody or murder.

The uptake of social media by Indigenous peoples has meant that we are now constantly informed of incidents of death and also, of violence that often results in death.

The rates of suicide in our communities are the highest in the world. Suicide prevention campaigners such as Gerry Georgatos call the situation a “humanitarian crisis”. The rates of self harm and suicide within the Indigenous LBGTQI community is also alarming, as noted by Dameyon Bonson: “there is still sadness in my heart that the lives of the Aboriginal and Torres Strait Islander LGBQTI community, who are undeniably the highest risk of suicide, self-harm, alcohol and other drug self medication, has apparently not attracted the attention of the wider mental health and suicide prevention sector”.

Both Gerry Georgatos and Dameyon Bonson regularly use social media, which keeps us informed about suicide prevention initiatives, but sadly also about the incidents of suicide and the ongoing impact such loss has on our communities.

My study also revealed that Indigenous people are using social media to seek and offer help for issues relating to suicide and self-harm.

Deaths in custody and other violent deaths are now also regularly posted on social media. We are relentlessly informed and we voice our outrage and despair by way of posts, reposts or merely adding angry and sad icons.

Indigenous Australia mourned with Kalgoorlie after the recent traumatic death of a 14-year-old boy. Many paid tribute to the young boy and his family and community via social media where his Facebook page is now a memorial.

Memorial pages on social media are becoming increasingly common within Indigenous communities. Memorial pages, at times referred to by my research participants as “Sorry Pages” provide a way for people to mourn loss, express grief, and to remember.

It is clear that Aboriginal cultural practices and mores are continually changing to reflect the dynamic nature of culture itself. Sorry Business is intersecting with social media in complex ways, creating new forms of cultural practice around death.

Now, in some instances, Indigenous people across the nation ‘participate’ in Sorry Business in community even though they may not physically be there.

We collectively demonstrate anguish over senseless deaths in custody and wonder how someone ends up dead when taken into custody for their own protection.

Research conducted by Mission Australia reveals that many Indigenous young people rated their happiness at “zero out of ten”. The report revealed that young Indigenous peoples are also more concerned about bullying and more worried about their personal safety than other Australians. The report also found that Indigenous people suffer psychological distress at twice the rate that non-Indigenous people do, and they’re much more likely to be hospitalised for self-harm.

My research confirms that social media plays an important part in the daily lives of Indigenous people, and remains focused on how Indigenous people may be affected by constant flows of negative and violent information and images.

Evidence shows we are privy to sadness in unprecedented and unique ways. The faces of the deceased make regular appearances in our news feed posted by grieving families and communities. Memes are created calling for us to stand united in outrage at the continual colonial violence perpetrated against our communities and our children.

How do we deal with a news feed about our children being run down and murdered or killed in foster care? Indigenous kids are 5 percent of 10- to 17-year-olds, yet account for 59 percent of those in detention.

Research on non-Indigenous populations has shown that social media users can suffer ill effects from being often exposed to confronting social media content.

According to clinical psychologist Monnica Williams, graphic videos and images combined with lived experiences of racism can lead to severe psychological problems similar to PTSD. She states that, “combined with the everyday instances of racism, like microaggressions and discrimination, that contributes to a sense of alienation and isolation…” can results in “race-based trauma”.

While social media has some very tangible positive aspects, participating on social media can also be overwhelming and have serious negative affects on people’s wellbeing.

The problem is we just do not know the extent to which Indigenous people may be affected by the ubiquity of social media in their lives. My current research specifically addresses this problem by gathering information from users of social media and that will eventually contribute to a comprehensive analysis of the issue.

In addition, leveraging my previous work on Aboriginal people’s use of social media, this research will be the first comprehensive analysis of Aboriginal and Torres Strait Islander help-seeking and help-giving behaviours online on social media.

I am hoping that it will provide some insights into how Indigenous people are coping and making sense of traumatic events in our world that are relayed to us on social media.

• Bronwyn Carlson is an Associate Professor of Indigenous Studies and the University of Wollongong. She is currently in New York working on a research project focussed on Indigenous people, cultural trauma and social media. She is the convenor of The Forum for Indigenous Research Excellence (FIRE) at UOW. FIRE is committed to building Indigenous research capacity and capability by supporting emerging researchers and providing pathways for Indigenous students to Higher Degree Research. Additionally, FIRE aims to strengthen the connections between Indigenous scholars and Aboriginal and Torres Strait Islander communities in Australia and Indigenous communities internationally.

In November Bronwyn has organised for six Indigenous PhD students to join her in Albany, New York to highlight Indigenous research in Australia. Read more about her work here. 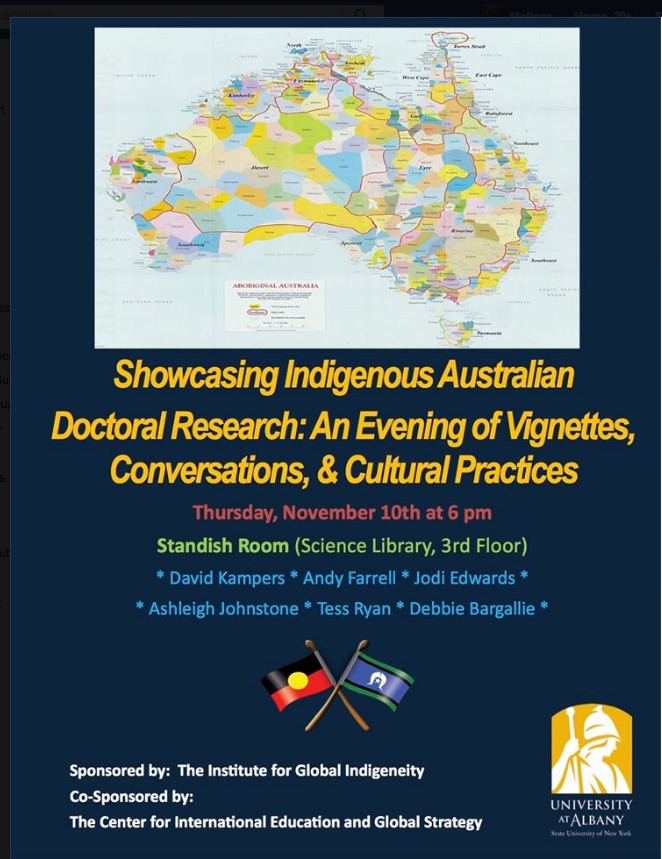