For Indigenous women and children with HIV, what are the issues?

At a recent international conference in Sydney, Indigenous women shared some heart-breaking stories about the HIV-related stigma that they and their children have faced.

As Marie McInerney reports below, the challenges faced by Indigenous peoples with HIV as they grow older was also discussed at the 2014 International Indigenous Pre-Conference on HIV and AIDS, which concluded in Sydney on July 19.

Focus on the needs of women and children

Maori mother of two Tania Monsall has borne her own share of discrimination and stigma since going public that she had been diagnosed with HIV, but it’s the burden imposed on her 11-year-old son, who is also HIV positive, that causes her most grief.

“Four years ago, my husband’s family, they disowned us, the majority of them, people I had known all my life,” the 29-year-old told the International Indigenous Pre-conference on AIDS and HIV, held in the lead-up to the 20th International AIDS Conference (IAC) being held this week in Melbourne.

“We were shut out, we were isolated, we were treated differently,” she said. “My boy went through that. He lost people he loved, he’d known them from the day he was born.”

“Seeing a child having to live with it and grow with it, it makes it emotional and the passion becomes so much more because I experience the discrimination and stigma with him. I see it almost on a daily basis and I live to break it.”

“But we’ve carried on and we’ve fought through and we’re making progress,” she said, saying her local community had largely “turned around”, with about 95 per cent of them supportive, a “huge breakthrough” over four years.

Tania welcomes the United Nations’ Getting to Zero goals for no new HIV infections and no AIDS-related deaths, but its third goal for zero discrimination is her “biggest strive”.

“I want to get the discrimination down to zero so it’s not tolerated under any circumstances. To me, HIV is just another chronic illness and it should be treated just the same as everyone else with a chronic illness.”

Marama Pala says the issues of children living with HIV – either their own and/or that of their parents or carers – needs to be given higher priority.

Pala, who is Executive Director of the INA (Maori, Indigenous and South Pacific) HIV/AIDS Foundation, was the first Maori woman to announce she was HIV positive: “a minority in a minority in a minority”. She says her two children, who are both HIV negative, suffer stigma and discrimination through the work she does.

“We do have children living with HIV in my country and they have the smallest voice of all and sadly Maori carry the highest burden (among them),” she said.

HIV and AIDS have delivered a gender equity outcome that few would have expected when  AIDS emerged as the “gay man’s disease” in the 1980s.

While the arrival of effective antiretroviral drug treatments (ART) has changed the prognosis for many, and particularly reduced mother-to-child infections, the epidemic still poses major risks and challenges for the future in the impact on children, on women themselves, and in their traditional roles as carers.

According to the latest (2008) WHO and UNAIDS global estimates, women make up 50 per cent of people living with HIV – and more in some regions, such as sub-Saharan Africa (60 per cent).

In other regions, men having sex with men, injecting drug users, sex workers and their clients are among those most-at-risk for HIV, but the WHO says the proportion of women living with HIV has been increasing in the last 10 years.

That’s particularly the case in Indigenous communities. In Australia, HIV infections among Aboriginal and Torres Strait Islanders are now three to five times the rate for non-Indigenous women, and the rate is rising.

Yet they are in many cases invisible, and the fear is that many remain undiagnosed and untreated due to the shame and stigma still associated with HIV and AIDS in the community.

Yorta Yorta woman Michelle Tobin has been the “face” of Australian Indigenous women living with HIV since she was diagnosed in 1990, disowned by her family, and told she had just 10 years to live.

She recently celebrated her daughter’s 21st birthday and the birth of her third grandchild, and is now chair of the Anwernekenhe National Aboriginal and Torres Strait Islander HIV/AIDS Alliance (ANA) – one of just two Indigenous women to go public with their HIV status.

Tobin worries that fear or shame is what is stopping the other 130 Indigenous women identified in the most recent statistics as living with HIV, and how that affects prevention and treatment efforts.

“A figure of 130 women does not sound like a great deal, but out of a population of just over 200,000 it is a huge number,” she said. “We need to be able to get messages out to families and communities about how they should be responding, that they should be not shunning them, not causing them shame because of what they’re living with.

Pala says it is a similar issue for Maori women living with HIV, and as a result they don’t link into networks that both she and Tobin say have been instrumental in dealing with their diagnosis, and the impact HIV has on their lives. 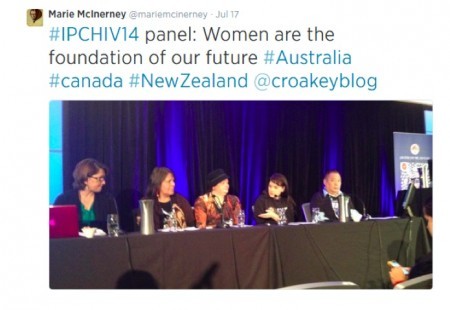 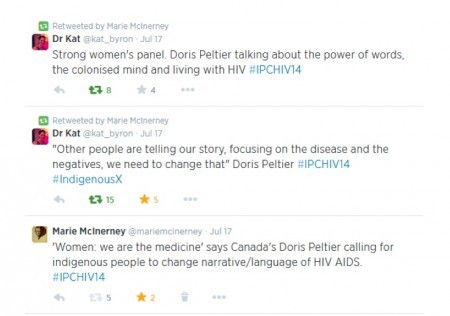 The conference discussed another issue that 30 years ago would have seemed unthinkable: the ageing of people living with HIV and AIDS, and how that will intersect, particularly for Indigenous people, with a higher chronic disease burden.

Indigenous people already have a significantly lower life expectancy that non-Indigenous people, and a higher incidence of chronic disease. There is evidence that people living with HIV and on antiretroviral therapy have higher than expected risk of cardiovascular disease, kidney disease, liver disease, malignancy, and some neurological disease.

Tobin said access and affordability of medication will be a big issue for Indigenous Australians. ANA is pushing to have HIV classified alongside a range of chronic illnesses in Close the Gap funding, not only because it will reduce the costs of ART treatments but also help with the ‘double whammy’ of “older person illnesses” that both people with HIV and Indigenous people tend to get earlier.

For Tobin, HIV-related early onset of menopause was a big surprise. “I never thought that was something that would happen to me in my late 30s,” she said. “It was a reminder that getting older was coming a lot quicker for some of us women, an additional fight with HIV and ageing.”

But he said that will raise issues around providing appropriate aged care facilities and support for families, and also underlines concern about the Federal Government’s crackdown on people on disability benefits, with many people living with HIV unable to work.

Dr Andrew Jolivette, Associate Professor and Department Chair in American Indian Studies at San Francisco State University, said he has been HIV positive for almost 12 years, and will have to face the health implications of being on complex medication for years.

He says native communities have to shape a model of care that “speaks to our own cultures and traditions, that care for our elders” and to focus not on a “cure”, which he says is a very Western colonial concept, but on the notion of “healing”.

“Spirituality has to be part of our medicine too, not just pills.”

Doris Peltier, from the Canadian Aboriginal AIDS Network, agreed, saying she was very ill when she was diagnosed at the AIDS stage, with five different chronic conditions at the same time. She “bounced back to life” when she went onto antiretroviral treatment, but she said her recovery was not around medication alone.

“At the same time a shift had happened in my life, where I connected back to my people, my home community and my family. That was a healing process for me, it was the process of going home after being disconnected for so long.” 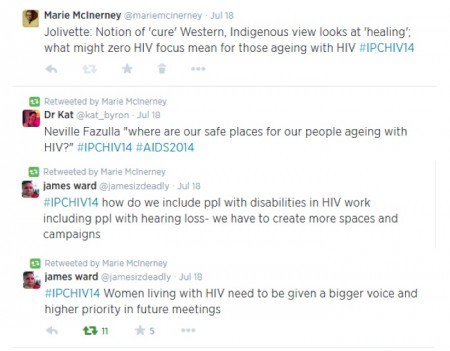 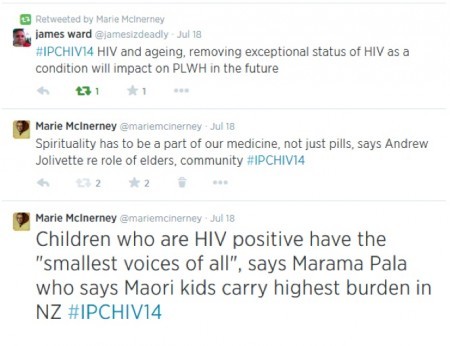