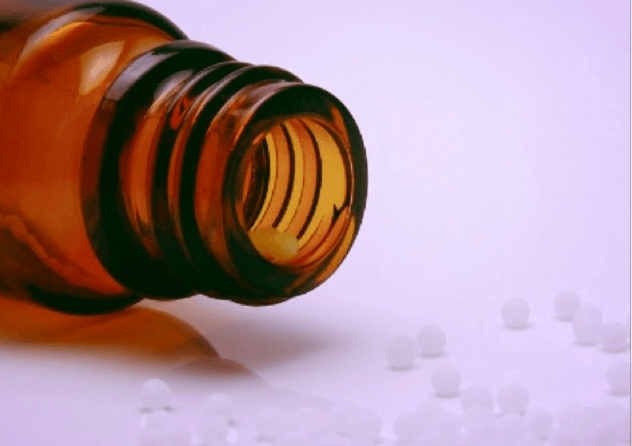 Forum calls for greater protection on claims from complementary medicines

A public forum last week at the Australian National University heard concerns that proposed changes to the regulation and advertising of therapeutic products will reduce scrutiny and action on misleading claims about herbal, traditional and homeopathic medicines.

Sponsored by Choice, Access 2, Monash University and RegNet, it was staged in the absence of public hearings at a Senate inquiry into the Federal Government’s Therapeutic Goods Amendment (2017 Measures No. 1) Bill, which is due to report on the legislation on Friday.

Professor Ken Harvey from Monash University wrote earlier for Croakey about three main concerns that public health and consumer advocates have with the legislation:

In this second article, in which Harvey reports briefly on the public forum, three of his Monash University Summer Vacation Scholarship students — Michael Dong, Amy Vaux and Amy Mustac — outline concerns about the TGA’s endorsement of ‘traditional’ indications and describe the regulatory loophole in food-medicine definitions. The latter was an issue also taken up at the forum by Michael Moore, CEO of the Public Health Association of Australia.

See some of the news coverage of the forum:

Harvey’s blog also has more links to coverage of the issue.

Katinka Day (Choice) wanted pre-approval of advertisements to continue until the other measures in the Bill (increased post-marketing reviews and more stringent penalties for regulatory violations) had shown pre-approval was no longer necessary.

She pointed out that pre-approval is the only defence against seriously misleading advertisements appearing on prime-time television or national newspapers. Post-marketing surveillance and complaints take a long time to remove bad advertisements. Meanwhile, the damage has been done. Prevention is better than cure. It’s also more economically efficient given that fraudulent therapeutic claims create unnecessary health expenditure and divert scarce health resources from remedies that work to ones that don’t.

Allan Asher (Access 2) was concerned the Bill was silent on both the objectives and the need for regulatory transparency for the new complaint system. Unlike other consumer protection laws, the Bill provides no mechanism for private rights of action or to compensate consumers who suffer injury through misleading or deceptive advertising, nor restitution for economic loss. He said the Therapeutic Goods Advertising Code, central to the whole regulatory scheme, is badly out of date; so far there is no agreed timetable or process for updating it and the TGA has not yet even discussed a revision with the key policy body, the Therapeutic Goods Advisory Council.

The TGA has been criticised for many years about its lack of transparency about hundreds of complaints sent to them. Asher believes it would take several years for the TGA to properly implement the proposed new enforcement and complaints system and there is no way it could be functioning by 1 July 2018. Transitional arrangements are required and the current advertising provisions need to be removed from the Bill.

The forum ended with a panel discussion involving Jo Root (Consumers’ Health Forum of Australia), John Dwyer AO (Friends of Science in Medicine), Tim Mendham (Australian Skeptics), Tony Zappia MP (Shadow Assistant Minister for Medicare) and the audience. There was agreement that the many excellent provisions of the Bill should be passed, but the three aspects of the Bill debated at the forum should be excised so they can receive more detailed consideration. Tony Zappia MP said that he valued attending the forum and he would take the views expressed back to his parliamentary colleagues.

Consumers can be led into purchasing products that appear to contain prescription strength formulae despite containing no therapeutic amount of the active substance. 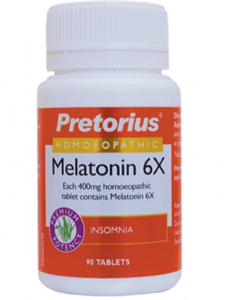 Imagine that you have been having sleeping problems, and so you head to your local chemist in the hopes of some quick relief. You see a few options, but one stands out. Melatonin. You vaguely remember it mentioned scientifically in relation to sleep. And so you purchase your $25 bottle of Melatonin 6X, since it doesn’t even need a prescription.

Unknown to you, the 6X on the label is homeopathic code for a dilution of 106, 1 part in 1,000,000. Thus, in each 400mg tablet, there is only 0.0004mg of melatonin, an amount that will have no therapeutic effect (apart from a placebo effect). Bycontrast, the prescription product Circadin®, containing 2mg of melatonin, is scientifically proven to treat insomnia.

The homeopathic terminology of ‘C ‘and ‘X’ dilutions are confusing, yet these products with their misleading labels are widely available in chemist stores, and online, alongside proven medications.

These products also defy the definition of a homeopathic preparation as defined by the Therapeutic Goods Administration (TGA):  “…formulated for use on the principle that it is capable of producing in a healthy person symptoms similar to those which it is administered to alleviate…”

Melatonin produces sleep, not insomnia; it is therefore not a homeopathic preparation in accord with the homeopathy “Law of Similars” (like cures like or – see the TGA link above – ‘capable of producing in a healthy person symptoms similar to those which it is administered to alleviate’). Coffee, not melatonin, is traditionally used in homeopathic preparations to treat insomnia. 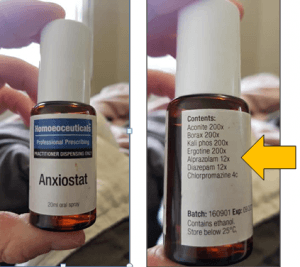 Another example comes from Biomedica, a company that produces “homeoceuticals” that are being marketed to practitioners to be dispensed and sold to patients. Its “Anxiostat” product,  illustrated below, contains three prescription drugs: Alprazolam, Diazepam and Chlorpromazine (albeit at dilutions that will have no therapeutic effect, apart from a placebo effect). (Croakey: see Biomedica’s response to Dong’s concerns below).

In 2003, the Expert Committee on Complementary Medicines in the Health System recommended that homoeopathic medicines that make therapeutic claims should be regulated to ensure they meet appropriate standards of safety, quality and efficacy. No action was taken.

In 2008, the TGA held a consultation on the regulation of homoeopathic and anthroposophic medicines in Australia. Numerous submissions were received but no action eventuated.

In 2015, the National Health and Medical Research Council released a statement concluding that there is no good quality evidence to support the claim that homeopathy is effective in treating health conditions. Once again, the TGA did nothing.

The issue is becoming more pressing in Australia, with the arrival of homeopathic medicines containing anti-anxiety drugs, growth hormones and alternatives to vaccination showing the dangerous path we are travelling down. It is therefore  imperative that we adopt a similar approach to the US Federal Trade Commission, that homeopathic medications include a compulsory warning to the effect of:

“This traditional indication is not in accordance with modern medical knowledge; there is no scientific evidence this product is effective.”

Tablets for dinner? How companies avoid regulation by selling their products as food, and what we can do to stop them.

When you think of a capsule, tablet, or pills, contained in a white bottle alongside therapeutic claims, what do you first think of? Medicine? Or food? 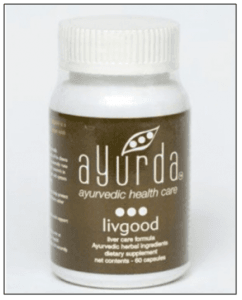 Consider the claims made for the product below, “Livgood”. “A Liver care formula”, “Ayurveda herbal ingredients”, “dietary supplement”, “helps expel the build-up of toxins from the liver which accumulate from a diet that includes fried & highly processed foods.” “Useful in the treatment of: Acne, Gastritis, Gout, Liver disorders, Psoriasis.”

The categorisation of what defines a food versus a medicine is currently a tricky business, particularly when it comes to products that brand themselves as “dietary supplements” or “nutritional supports”.

The  proposed amendments to the Therapeutic Goods Act, currently before the Senate, while containing many positive changes, fail to address some considerable flaws in the system, especially the loophole produced by the food/ medicine interface, where products can fall (or hide) somewhere in-between.

The Therapeutic Goods Administration (TGA) regulates medicines while State and Territory Health Departments regulate foods. The latter are understandably more concerned about food poisoning in a local restaurant than they are about therapeutic claims made on so-called dietary supplements. So complaints about products at the food-medicine interface can be handballed back and forth between the different regulators with no action being taken.

Which is why these branding tactics can allow companies to avoid regulation.

For example, some companies appear to be repositioning their weight loss complementary medicines as shakes, sachets, gels and powders (see pic). The product packaging and advertising make clear therapeutic claims about this product achieving weight loss and controlling hunger, yet it now escapes regulation by the TGA. So, what do we do to fix this problem? The solution is surprisingly simple: broaden the scope of the Therapeutic Goods Advertising Code and Complaint System to cover all therapeutic claims, regardless of whether they refer to a medicine, food or medical device.

In addition, instead of eliminating pre-approval of certain advertisements, as the Bill proposes, the system should be expanded and strengthened to cover all advertisements making therapeutic claims. Advertisers should be obliged to supply evidence for all products making therapeutic claims. Qualified personnel should then assess the supplied evidence before granting advertising approval.

This would reduce the advertising of misleading claims, rather than having the regulators respond afterwards to complaints.

Prevention is better than cure.

The Therapeutic Goods Amendment Bill fails to protect consumers from misleading and pseudoscientific information about Traditional Chinese Medicines (TCM), which encompasses practices such as acupuncture and medicines (usually herbal combinations).

The legislation  before the Senate endorses the latest industry-submitted, TGA-approved list of over 880 ‘permitted indications’ for ‘traditional medicines’, from which advertising claims can be made. 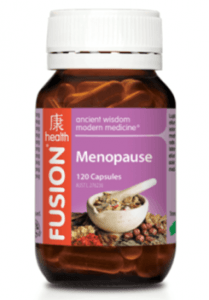 For example, the ‘Menopause’ product, illustrated, claims to ‘relieve the physical and emotional symptoms of menopause.’ It is said to contain a ‘carefully formulated blend of Chinese herbs [that are] traditionally used to balance Yin and Yang during menopause’.

These claims can exploit consumers who may not be aware that the traditional Chinese concepts of energy forces (Yin and Yang), meridians, etc., have not been validated by scientific enquiry.

In addition, the average consumer would have no idea that the cryptic, small-print, AUSL L number on the label, together with a ‘traditional use’ claim, means there is no scientific evidence that this product is effective.

The Chinese government has been actively promoting Traditional Chinese Medicine, both at home and in Australia. With the support of President Xi Jinping, the China Food and Drug Administration (CFDA) has declared that traditional medicines can skip clinical trials, providing the preparation of ingredients is the same as the traditional Chinese formulations.

Yet, in 2014 the Chinese National Adverse Drug Reaction Monitoring Center reported that, out of the 1.33 million case reports of adverse drug event reports received, Traditional Chinese Medicines represented around 17.3 per cent (equivalent to around 230,000 cases).

In short, a “tradition of use” does not mean the product works or that it is safe.

We live in multicultural society and it is important to respect other cultures and traditions of medicine. However, it’s also crucial that products from alternative medical traditions do not mislead and deceive consumers.

Australian regulation should require  that a claim based on “traditional use” should always have a disclaimer along the lines of what the US Federal Trade Commission uses for homeopathic products. For example:

“This product’s traditional claims are based on alternative health practices that are not accepted by most modern medical experts. There is no good scientific evidence that this product works”.

PrevPreviousFor your reading, viewing and reflection – on the 26th January
NextShould we focus more on environmental health, rather than so much on healthcare?Next