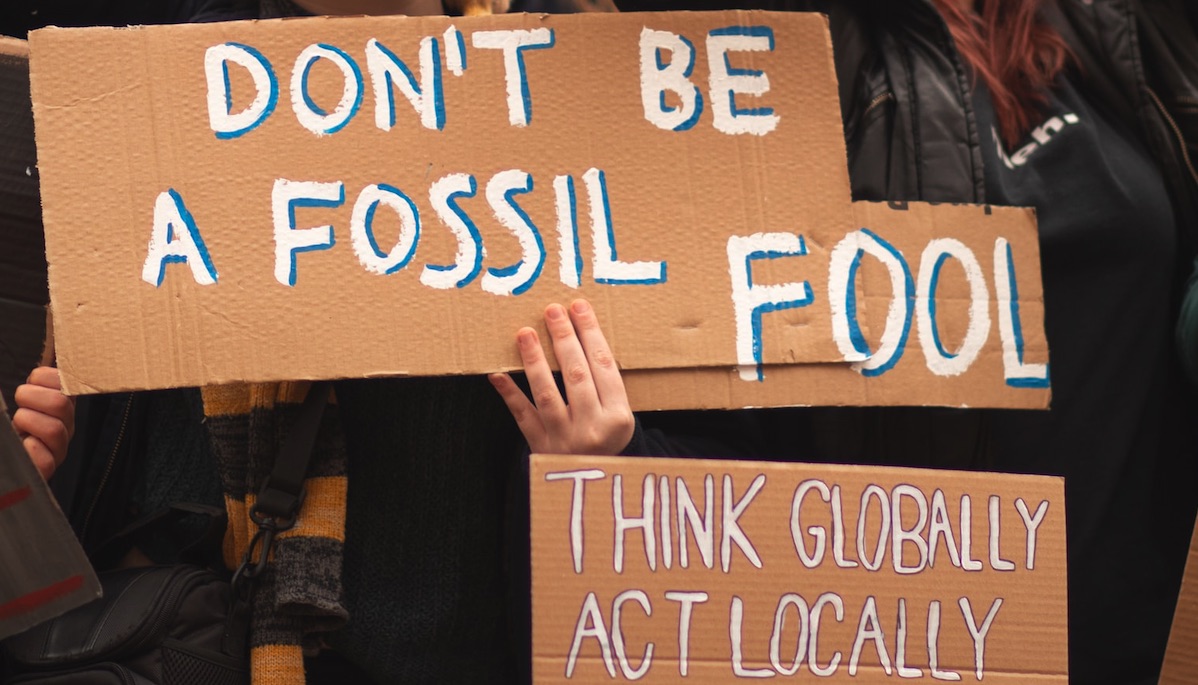 Detail of photo by Callum Shaw on Unsplash

Introduction by Croakey: Health and medical organisations, including research organisations, should stop taking funding and entering into related relationships with fossil fuel companies, according to a GP leader on climate action.

In the article below, Dr Richard Yin singles out the Telethon Kids Institute and Harry Perkins Institute in Western Australia for mention; their responses follow below his article.

Fossil fuels – coal, gas, and oil – are the major drivers of the climate emergency. They are responsible for over 75 percent of global greenhouse gas emissions.

Australia is the largest exporter of liquified natural gas (LNG) and the second largest of thermal coal.

The Fossil Fuel Non-proliferation Treaty, a global initiative supported by 64 cities, over 3000 scientists, academics and researchers, and health institutions representing over 100,000 doctors in South-east Asia, highlights the urgency of our need to phase out fossil fuels. It states, “the world is on track to produce more than twice as much coal, oil and gas by 2030 than is consistent with limiting the rise in global temperature to below 1.5C” and calls for an immediate end to exploration and expansion into new reserves, phasing out existing production of fossil fuels in line with the 1.5°C global climate goal, and a just transition for every worker, community, and country.

The need for urgent action to address the health impacts of climate change is well established. Climate change is already impacting health in a myriad of ways. These include death and illness from increasingly frequent extreme weather events, such as heatwaves, storms and floods, the disruption of food systems, increases in zoonoses and food-, water- and vector-borne diseases, and mental health issues.

It is also clear that the health sector, which contributes seven percent to Australia’s total emissions, will have to decarbonise. The Australian Medical Association (AMA), Doctors for the Environment Australia (DEA) and most medical colleges are calling on the Australian healthcare sector to reduce its carbon emissions to net zero by 2040.

The sector recently showcased its commitment to climate action with a webinar hosted by the AMA and DEA, where medical colleges outlined what progress they had made in supporting decarbonization and preparing the sector for climate change impacts.

As the health sector comes together on climate action, it is somewhat incongruous that health organisations, particularly research groups, continue to receive sponsorship from fossil fuel companies.

The situation is no more apparent than in Western Australia where the state and its economy are heavily reliant on the gas industry and where the industry has woven itself into many aspects of society. From the arts, and surf lifesaving through to football teams, gas companies have embedded themselves through sponsorship.

Medical research has not avoided being captured by their influence. Telethon Kids Institute and the Harry Perkins Institute have both received support from Woodside Energy in the past. As well, a director of the Telethon Institute, Ben Wyatt, a former WA Treasurer and Minister for Aboriginal Affairs, is a director of Woodside Petroleum.

Following its merger with BHP’s petroleum business last year, Woodside is now one of the top ten fossil fuel companies in the world. As the world moves to decarbonise, Woodside has taken the contrarian position and has doubled down on its exposure to fossil fuels.

Woodside’s Scarborough gas project, if it proceeds, will cause an estimated 1.37 billion tonnes of cumulative emissions by 2055. The release of these “carbon bombs” is over three times Australia’s current annual emissions.

This is at a time when the International Energy Agency has said that to keep to net-zero emissions by 2050 there can be “no new oil and gas fields approved for development […] and no new coal mines or mine extensions”. The project is currently subject to two separate legal appeals, one by the Australian Conservation Foundation and the other by Greenpeace.

As the health sector globally and in Australia comes together in addressing climate change and reducing the sector’s carbon footprint, it is time that health organisations and researchers reconsider their relationship with fossil fuel companies and sponsorship.

Sponsorship and a strong public presence offer a legitimacy to fossil fuel companies and allows them to portray themselves favourably delaying the shift in social attitudes urgently required to transition to safer, cleaner energy.

Coal, oil, and gas corporations are currently allowed unrestricted access to our airways, billboards and digital platforms to sell themselves and the products that are damaging our health, environment and climate. There are calls for this to be curtailed through a ban on fossil fuel advertising. At the very least, we should not be broadening their reach through sponsorship.

We have a duty of care to protect public health. The magnitude of climate change impacts and the urgency in the need for climate action demands that we take a strong and public position, otherwise we are offering legitimacy to corporations that are undermining health.

Several medical colleges such as RACP and RACGP have divested from fossil fuels. DEA has GreenCollege guidelines that calls for the elimination of investments in fossil fuel industries.

Fossil fuel “proliferation” is not compatible with a safe climate. We need to be rapidly transitioning.

Dr Richard Yin is a GP and a member of the Royal Australian College of General Practitioners Specific Interest Group on Climate and Environmental Medicine. This article is written in a personal capacity and not on behalf of any organisation.

“I can confirm that Telethon Kids Institute does not have a funding arrangement with Woodside, but has been a beneficiary of their support in the past. Our funding finished at the end of 2021.

In all our philanthropic discussions, ESG [Environmental, Social and Governance] is an important consideration, especially as fossil fuel producers go through their transition. These are complex conversations, and we look forward to working with potential funders and others in the medical research sector on how to strike a balance in the overall interests of children and families.”

Statement to Croakey provided by the Perkins Institute, saying it received funding from Woodside staff not the corporation:

“Woodside staff who ride to work pay a fee for use of the end of trip facilities. The fee is then donated to an event close to their hearts, the MACA Cancer 200 Ride for Research, which raises money for WA cancer research at the Perkins. The initiative is driven by individual employees, many of whom participate and fundraise for the Ride. The cause is deeply personal with many supporters having lived cancer experiences.”