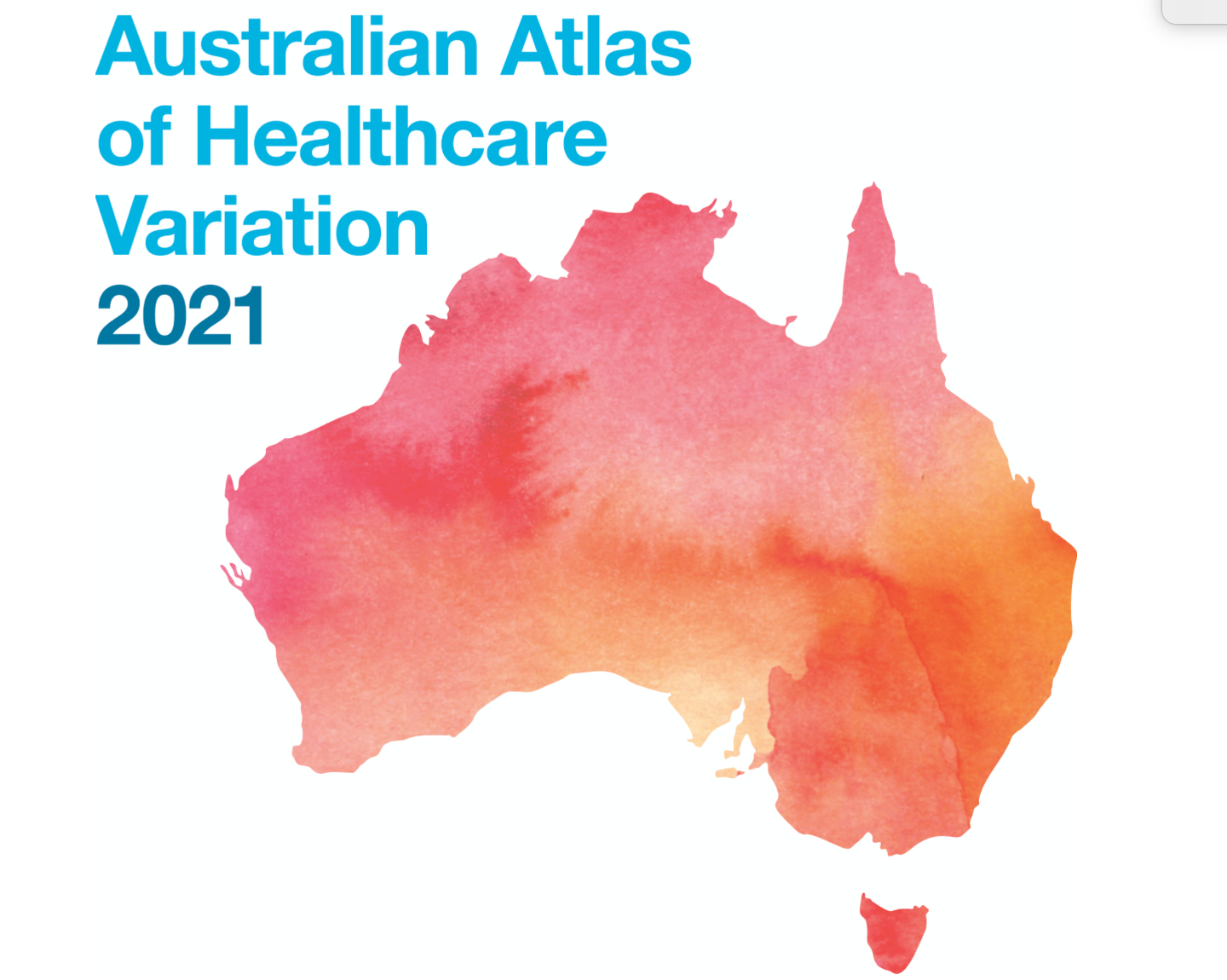 Introduction by Croakey: The release of the Fourth Australian Atlas of Healthcare Variation yesterday has raised questions about the equity and quality of our health system with significant differences in the services provided across geographic and socio-economic areas.

The report was produced by the Australian Commission on Safety and Quality in Health Care in partnership with the Australian Institute of Health and Welfare, and maps healthcare use across the country identifying potentially unwarranted variation and areas for healthcare improvement.

Below Jennifer Doggett summarises the main findings of the report and the responses from Health Minister Greg Hunt and Chief Medical Officer Professor Paul Kelly at the launch.

One of the most significant findings of the Fourth Australian Atlas of Healthcare Variation was a high rate of planned caesarean section births performed before 39 weeks (2017 figures) without a medical or obstetric reason.

Guest speaker at the launch, Professor John Newnham, explained why this is a problem:

While at times early birth is necessary, all too often it occurs without a medical or obstetric reason. Preterm birth is the single greatest cause of death in young children in Australia and one of the major causes of lifelong disability, including issues such as cerebral palsy, blindness and deafness, and being born at the later preterm ages and early term ages may be followed by increased chances of behavioral and learning problems at school age.

The evidence is clear that waiting until at least 39 weeks is best for the baby’s development, unless there is a medical reason for an earlier birth.”

To address the issue, the report recommends universal changes to government, hospital and insurer policies to stop booking of planned births before 39 weeks without a medical or obstetric indication.

Another concerning finding is the high rate of potentially preventable hospitalisations among people living in remote and socioeconomically disadvantaged areas, and among Aboriginal and Torres Strait Islander peoples.

Overall the study identified more than 330,000 potentially preventable hospitalisations in Australia due to these five conditions (2017-18 figures).

Of particular concern is the high rate of hospitalisation for Chronic Obstructive Pulmonary Disease (COPD) in areas with a high Aboriginal and Torres Strait Islander population.

The Commission’s Acting Chief Medical Officer, and host of the launch event, Professor Anne Duggan, said many of these hospitalisations could be prevented by the implementation of evidence-based care plans that ensure earlier intervention, better disease management and better coordination of care.

“There is a significant workforce shortage in rural and remote areas, not only of doctors and nurses, but of allied health professionals.

“Social determinants of health such as nutrition and housing also play a role in hospitalisations for some of these conditions, and it’s incredibly important for people to have a GP at the centre of their care,” she said.

Another issue raised in the report it the variation in the rate of ear, nose and throat (ENT) surgery in children and young adults.

The report found a sixfold variation in tonsillectomy, one of the most common procedures performed in children in Australia. It also found differences in the rate of myringotomy, a surgical procedure on the ear for children with chronic ear infections which are much more common in Aboriginal and Torres Strait Islander children.

Duggan said that it was not clear whether some children are receiving unnecessary surgery or others were being under-serviced. She noted the importance of timely access to ENT surgery for children with chronic ear infections, given the risk of permanent hearing loss if not treated.

In launching the report, Health and Aged Care Minister Greg Hunt said the Atlas helps us learn about the way in which different services are used, including where there are areas of disadvantage or overservicing.

He cited the experience of the use of knee arthroscopies in people over 55 as an example of how previous reports have been used to drive clinical changes.

Hunt acknowledged that the report’s findings on high rates of early planned birth and potentially preventable hospitalisations indicated that there was more work to be done within the health system but did not make any explicit commitment to implement the recommendations of the report.

Variation in healthcare delivery can be a good thing, if it reflects health services that are responding to differences in patient preferences, or underlying needs.

However, when a difference in the use of healthcare services does not reflect these factors, it may represent an opportunity for the whole system to improve.”

Kelly stated that the Department of Health will carefully consider the report and its recommendations in the coming months.

In closing the launch event, Duggan urged action at the consumer, clinician and service level to ensure the recommendations of the report are adopted:

We need to ensure that we are partnering with consumers, giving them the information they need, the evidence based information to make wise choices and be partners in health care. We need to ensure that health services take a systematic approach to modify the way they provide care so that it is in line with the evidence and supporting both clinicians and consumers to have best outcomes.

And of course we need to ensure that all clinicians understand variation, know the results of their practice and are working to ensure appropriate care.”