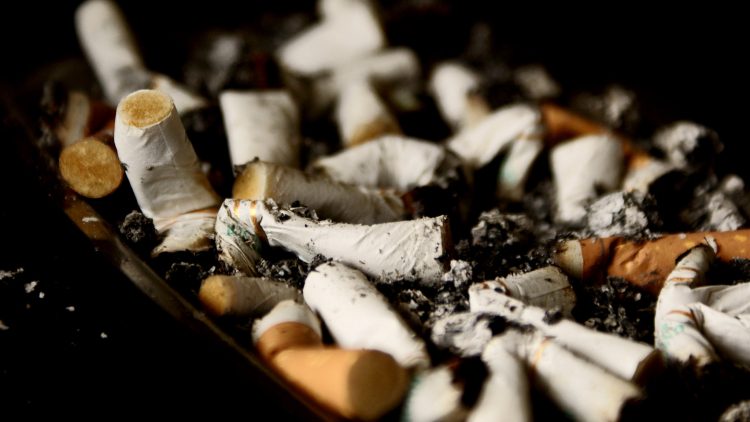 ‘Friends with benefits’: unmasking the ties between Australian retailers and Big Tobacco

If you’re aged under 30, chances are you’ve never seen a mainstream advertisement for tobacco in Australia. Gone are the days of Australian celebrities (including Paul Hogan, Stuart Wagstaff, Graham Kennedy, Tony Barber and Frank Thring) blatantly endorsing cigarettes on television and in print advertisements.

Overt tobacco advertising was banned nationally on TV in the late-1970s, in print in 1990 and outdoors, including at most sporting events, from 1993. Measures like this have seen Australian smoking rates decline from 23.8 percent in 1995 to 13.8 percent in 2017-18.

However, bans on tobacco advertising and promotion did not shut down efforts from tobacco companies to continue to market their products. Given the tobacco industry has a long history of innovating its promotions in response to legislative change, it isn’t surprising they have employed covert and coercive marketing tactics in the retail environment.

The retail environment has become a primary channel for tobacco companies to communicate to consumers. An executive from Philip Morris in Australia once said:

Several international investigations have found that tobacco companies target retailers through competitive incentive programs, aimed at building positive relationships with retailers. Relationship marketing enables tobacco companies to influence both the pricing and the merchandising of tobacco products, which ultimately influences the sale and promotion of tobacco.

From discounts and cash payments, to prizes and gifts

Our paper, published in the international journal Tobacco Control, has revealed that one-third of a sample of Australian tobacco retailers reported receiving at least one benefit from a tobacco company.

The study surveyed 800 tobacco retailers in New South Wales, Victoria and Western Australia, and found that retailers received benefits such as price discounts, cash payments, prizes and gifts such as event tickets, gift cards, and coupons.

More than 40 percent of retailers reported being provided with a tobacco cabinet and 38 percent reported having a price list supplied by a tobacco company. When asked what benefits were provided by tobacco companies, price discounts were most frequently reported, followed by rebates and gifts.

Among the retailer types included in the study, grocery stores were the most likely to be offered a benefit, followed by convenience stores.

Retailers also reported offers of prizes and incentives for increasing sales or demonstrating product knowledge. In return, retailers reported giving companies benefits such as prominence on the price list and in the tobacco cabinet, and influence over the product range and stock levels.

One retailer in Victoria described receiving a $1,000 bar tab allowance from a tobacco company to be spent on a staff party at a chosen venue that also sells cigarettes:

In essence, they’ve given us an allowance for the venue for the staff party at a different venue – contra-deal. The other venue also sells cigarettes. We go to theirs and we have $1,000 on the bar to spend, and they do the same at ours”

Should tobacco companies be allowed to engage in this type of marketing?

Whilst this type of business-to-business marketing in the retail sector is often used by all types of companies to enhance product sales, it should be banned when it comes to tobacco, given the addictive nature and significant health costs due to smoking.

Relationship marketing and the provision of incentives and benefits to retailers is ultimately designed to benefit tobacco companies.

The majority of benefits offered to tobacco retailers in the study were financial in nature and seemed to be designed to increase retailers’ profits and reduce prices for customers. These tactics are designed to undermine major government reforms like tax increases, by making products more affordable; and plain packaging, by incentivising retailers to promote new products or features.

Other incentives such as gifts and rewards have the potential to enhance retailer performance and optimise sales.

Our new research comes as the Australian Government acknowledges it must act to reduce the public health toll of smoking. The federal Minister for Health, Greg Hunt, has committed to reducing smoking rates to below 10 percent by 2025 as part of a national preventive health strategy.

The Commonwealth Health Department is currently undertaking a review of tobacco control legislation in Australia and has the opportunity to strengthen the Tobacco Advertising, Promotion and Sponsorship Act to stop the tobacco industry from using these tactics.

Our research shows that ending tobacco company provision of benefits and incentives to retailers would enhance existing tobacco advertising bans, which could assist Australia in meeting its 2025 smoking rate target.

Tobacco is unique among consumer products in that it causes the premature death of more than half of the customers who use it long-term. The year 2020 marks 70 years since the first major studies definitively linking smoking to cancer.

Tobacco ads belong in museums, not in modern-day Australia. It’s time to rid our neighbourhood shops once and for all of any form of promotion of tobacco.

Thank you to study co-authors, Suzan Burton, Becky Freeman, Kylie Lindorff, Michelle Scollo, Sam Egger, Fiona Phillips and Kelly Kennington, along with Paul Grogan, for their input into this article