Scenes from #RiseForClimate rallies around the world. Credit: 350.org

From local to global, the pressure for action on climate and health is growing

Scott Morrison has a timing problem. Last year, he sought to ridicule renewable energy supporters by passing a lump of coal around Parliament, saying, “Don’t be afraid, don’t be scared, it won’t hurt you”. At the time, many parts of Australia were facing severe heatwaves and catastrophic fire conditions.

Since Morrison became PM, his Government’s stance on climate has alienated our regional neighbours. Then came the NSW by-election where, as Renew Economy reports: “The blue ribbon Riverina electorate of Wagga Wagga has been won by an independent candidate called Joe McGirr – a medical doctor who puts climate change firmly at the top of his political agenda.”

Back in 2014, McGirr was co-author of a study published in the Australian Journal of Rural Health, titled: Preparing rural general practitioners and health services for climate change and extreme weather. (A version is available here).

Meanwhile, rural newspapers reported a farmers’ climate rally in Canberra today, and over the weekend hundreds of marches and rallies in Australia and around the world turned up the pressure for climate action – ahead of a Global Climate and Health Forum and a Global Climate Action Summit in San Francisco this week.

The UN secretary general Antonio Guterres is also set to announce details of a summit of global leaders in New York, with plans to stimulate the investment of trillions of dollars into clean energy and low-carbon development by putting local and national decision makers into contact with investment giants.

For so many reasons, it is such terrible timing for political leaders to be dragging the chain on climate action.

In the unlikely event the Morrison Government does wish to move with the times, and show national leadership on climate and health, some of the groundwork has already been done, as I report in the article below, which was first published by Inside Story on 5 September.

(Beneath the article are tweets and photos from recent #RiseForClimate and related events in Australia and globally).

On 22 June last year, a rare display of tripartisan support for action on climate change was on display in Parliament House in Canberra. Indigenous health minister Ken Wyatt joined shadow health minister Catherine King and Greens leader Richard Di Natale for the launch of a road map for tackling climate change as an urgent health concern.

Representatives from across the health sector attended the event, where speakers described the wide-ranging health benefits of actions to reduce emissions. The launch was followed by a roundtable discussion hosted by the Australian Healthcare and Hospitals Association, where discussions were also marked by a sense of collaboration and goodwill.

All three politicians stressed the importance of the report, Framework for a National Strategy on Climate, Health and Well-being, which made recommendations across portfolios, including energy, environment, transport and infrastructure, as well as health. Tellingly, the framework — and the extensive consultation it was based on — was not the work of governments but of a small organisation, the Climate and Health Alliance, or CAHA, and of volunteers rather than health departments or agencies.

The report called for federal, state and territory governments to establish a ministerial health and climate change forum to oversee national action, bringing together ministers covering health, energy, the environment, resources, emergency services, planning and infrastructure. It recommended a national educational campaign to inform communities about the health risks of climate change and to promote health-protective adaptation strategies. It also proposed a national certification and labelling scheme to guide consumers towards low-carbon choices.

A national education and training framework was needed, the report said, to support health professionals in recognising, preparing for and responding to the health impacts of climate change. It also proposed a new national sustainable healthcare unit within the federal health department and — not surprisingly — an end to subsidies for fossil fuel–based energy industries.

Since the launch, important research has highlighted the critical importance of putting the health sector at the centre of responses to climate change, not only because of the urgency and scale of the looming heatwaves, droughts and other extreme weather events, or the impact upon health infrastructure and capacity, but also because of the health sector’s own contributions to carbon emissions.

A study published in January in the journal Lancet Planetary Health concluded that healthcare contributed 7 per cent of Australia’s total carbon footprint in 2014–15, with hospitals and pharmaceuticals accounting for two-thirds of this amount.

To put this into perspective, the researchers estimated the health sector’s carbon footprint for that year was equivalent to about half of the combined carbon emissions from “the construction of every single building, house, pipeline, dam, oil rig, road, and rail line in Australia” during that year. Or, to put it another way, the health sector’s emissions were about the same as the entire carbon footprint of all the activities of everyone living in South Australia in one year.

By comparison, healthcare in Britain accounts for about 4 per cent of national carbon emissions; in the United States, it contributes about 10 per cent of the country’s carbon footprint.

The authors of the journal article noted the lack of carbon targets for healthcare in Australia, although some health services are covered by state-based regulations such as the Victorian Climate Change Act and the NSW Climate Change Policy Framework.

Health reformers have long urged a greater investment in public health and primary healthcare in order to reduce hospital admissions, and the findings add another impetus to this call. “The role of public health in preventing hospital admissions in the first place will be crucial in a carbon-constrained health-care system,” the researchers wrote in Lancet Planetary Health. “All fields of medicine, medical associations, and colleges will have a role to play in reducing health-care’s carbon footprint.”

As the experience in Britain has shown, national leadership is also vital. The National Health Service has reduced its carbon emissions since setting up a sustainable development unit in 2007 and giving it the job of measuring and reducing the NHS’s environmental footprint, including carbon emissions. The unit’s founding director, David Pencheon, visited Australia earlier this year to share some lessons from the unit’s first decade.

Meanwhile, in May this year, New Zealand’s health minister wrote to directors of that country’s health boards urging them to implement a strong response to climate change as part of their efforts to prioritise primary care, mental health and health equity. In an editorial in the latest edition of the New Zealand Medical Journal, NZ Climate and Health Council co-convenors Alex Macmillan and Rhys Jones described the directive’s focus on both climate change and health equity as “historic.”

“The new climate change requirement recognises that the health sector is not only a major contributor to the greatest public health challenge facing us,” they wrote, “but also has the potential to show leadership in addressing climate change in ways that can protect and promote health. It can be put in the context of healthcare ethics, particularly that it is unethical to provide healthcare while also harming health through environmental pollution.”

At the Parliament House launch, Catherine King pledged that a Labor government would draw on the new framework in implementing a national strategy on climate, health and wellbeing. Given the ideological climate wars that have subsequently corroded the federal government, it is not surprising that Wyatt’s support for “this important report” has not translated into significant national action.

Health minister Greg Hunt may not be knocking down the doors of CAHA for advice, but the association’s framework has drawn interest from near and far, including Victoria, Queensland and Western Australia, as well as Argentina, Canada and Germany, according to executive director Fiona Armstrong.

Next week, Armstrong will talk about the framework at a Global Climate and Health Forum in California that is being held in association with the Global Climate Action Summit, which aims to spotlight action to reduce carbon emissions by cities, regions, states, investors, companies and civil society.

These events will also profile US health services that are reducing their emissions by investing in renewable energy and cutting waste. According to the organisation Do No Harm, nineteen healthcare systems representing 763 US hospitals have joined “We Are Still In,” a coalition seeking to showcase the determination of many Americans to back the Paris Agreement.

During the same week as the Californian events, Queensland’s health minister is due to launch the Health and Wellbeing Climate Adaptation Plan for Queensland, one of eight climate adaptation plans in that state for different sectors, including health, agriculture, and building and infrastructure. The H-CAP makes recommendations for healthcare, aged care, the social sector, and early childhood education and care services, although the Queensland government’s willingness to invest in supporting implementation is unclear.

Community consultations for H-CAP show how damaging the political and media wars over climate have been, according to David Rissik, an environmental scientist and senior principal of Climate Change Adaptation for BMTGlobal, who led the project. While many in the sectors covered by the plan are conscious of the need to respond to climate change, they feel constrained by a lack of resources and leadership, and by the politicisation and polarisation that has occurred, Rissik tells me. Consultations with stakeholders revealed widespread cynicism about governments’ commitment to climate change adaptation and mitigation, he adds.

“Leadership is always one of the most important things that helps to drive change in organisations and communities,” he says. “With the Commonwealth government not showing that leadership, the states are having to drive the agenda, and initiatives such as the H-CAP are a really important step forward for Queensland.”

Rissik cites a 2016 legal opinion by Noel Hutley SC declaring that company directors who fail to consider the impact of foreseeable climate change could be held personally liable in a court of law for breaching their duty of care. “Every organisation in the health sector, whether a public hospital or a private hospital, should start to think about how climate change is going to affect their organisations,” says Rissik. “It’s really important that people start to do some planning.”

Case studies compiled by the Global Green and Healthy Hospitals network show that some Australian health services are already acting, but in the current policy environment they are more likely to be the exception than the norm. The challenges of pushing ahead in the absence of national leadership will also be discussed at the 2018 Climate and Health Symposium in Melbourne on 21 September. According to Fiona Armstrong, the symposium will be an important opportunity to share the latest news in research, policy and advocacy, and to strengthen the community of practice around climate and health. “In bringing people together and sharing those stories,” she says, “we’re hoping to help spur some action and to strengthen ties among practitioners in the field.”

When I ask her what she has learnt since she began working in climate and health policy in 2010, Armstrong pauses. “I’m just contemplating what I’m willing to say publicly about it,” she says. “It has been very sobering, I guess I would say, to see how slow progress has been. When we started, I suffered as much as anyone from the delusion about the information theory — that if you provide policy-makers, media, the community with evidence, that people will make decisions based on evidence. We now know very clearly that that isn’t the case.”

And while Armstrong believes momentum is building and that the health sector is providing “extraordinary leadership” around the world, the absence of national leadership remains a powerful stumbling block to action on what the experts call a public health emergency.

• This is the first in a series of health columns for Inside Story that will be written by Croakey editors Melissa Sweet and Jennifer Doggett. These will also be cross-published by Croakey. 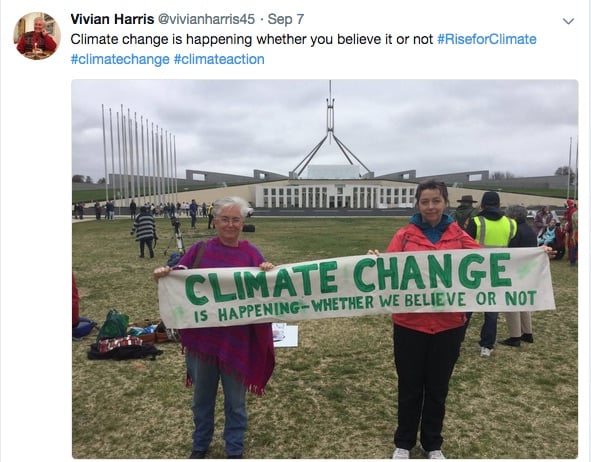 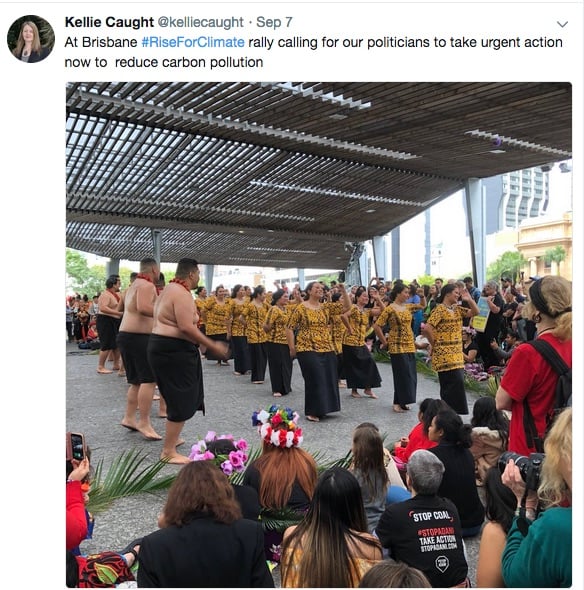 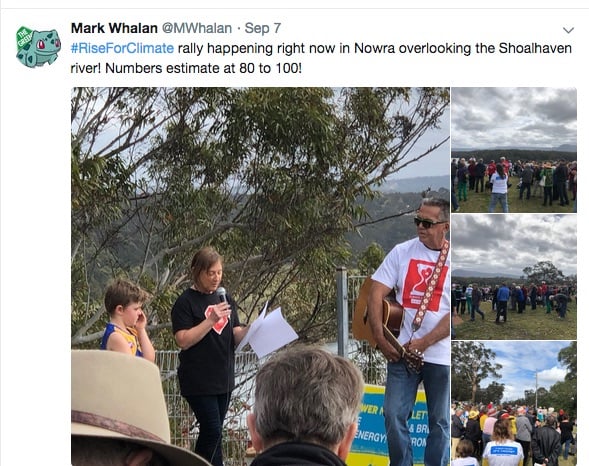 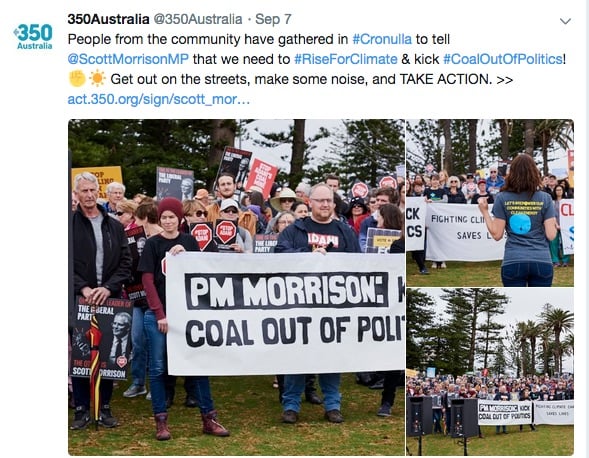 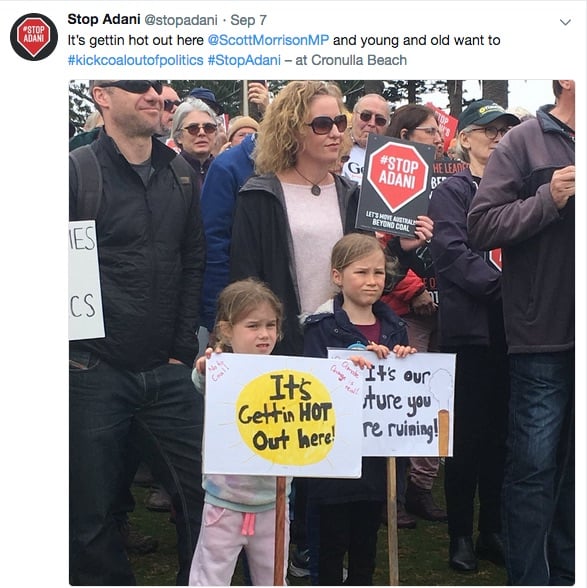 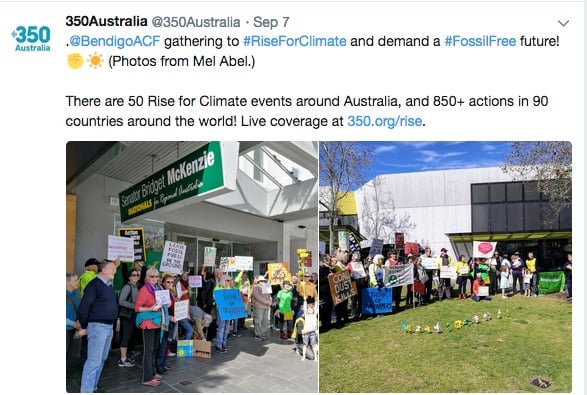 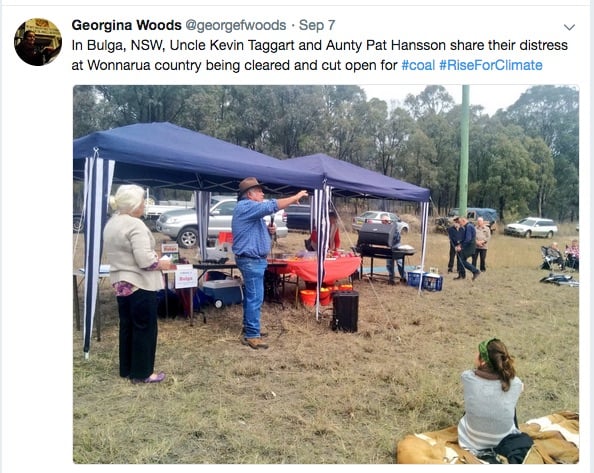 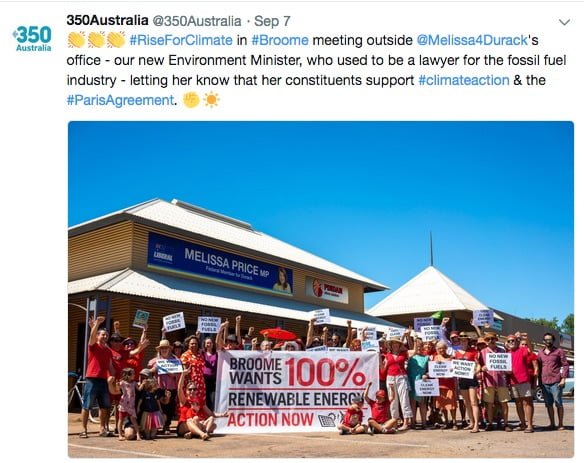 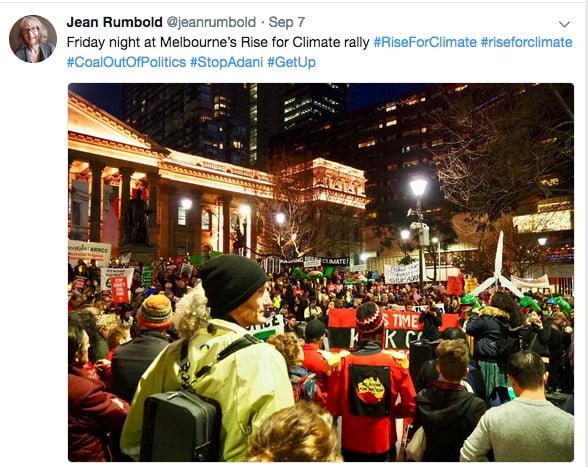 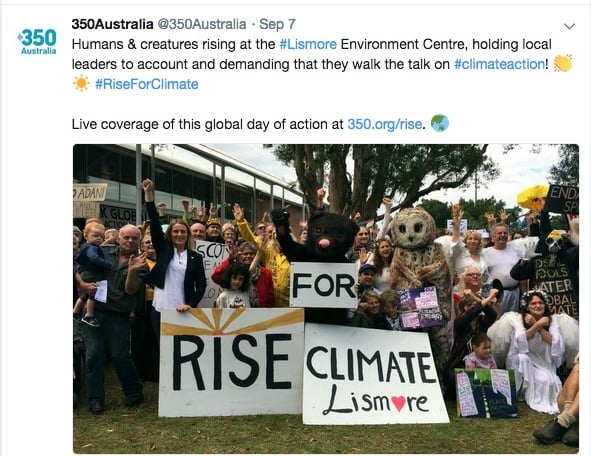 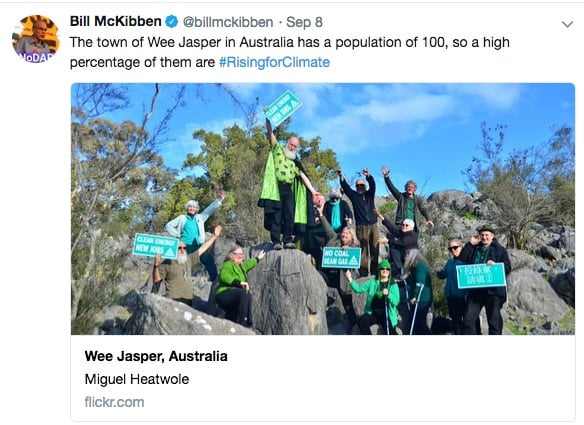 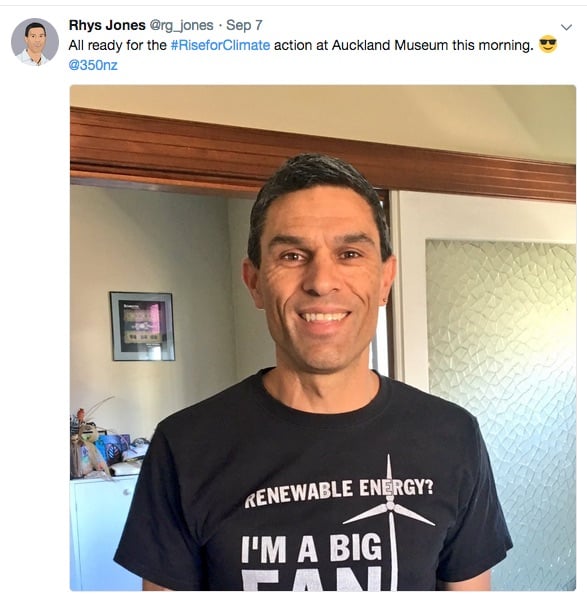 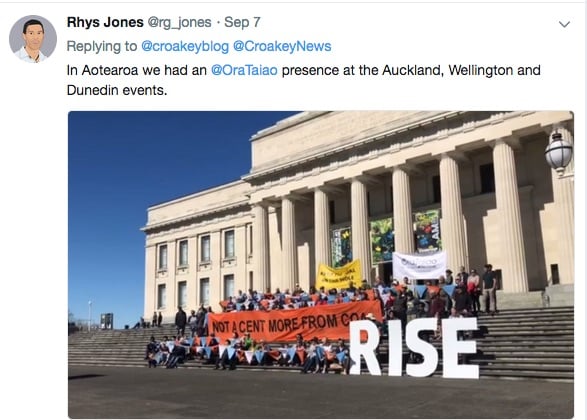 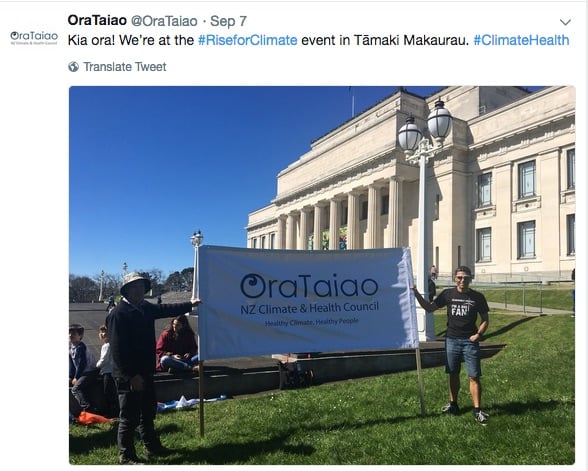 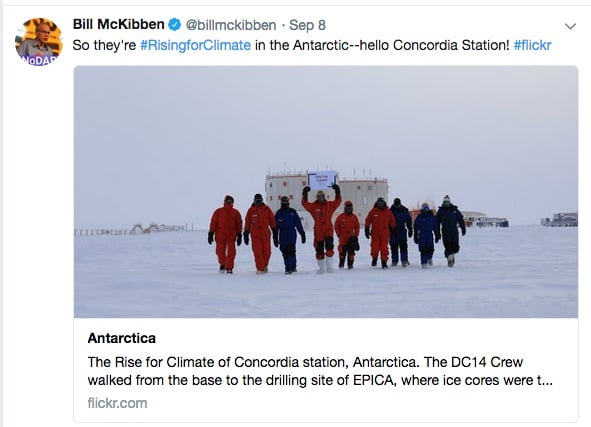 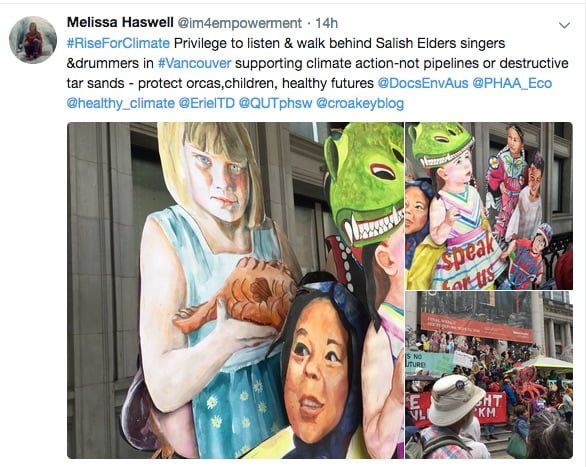 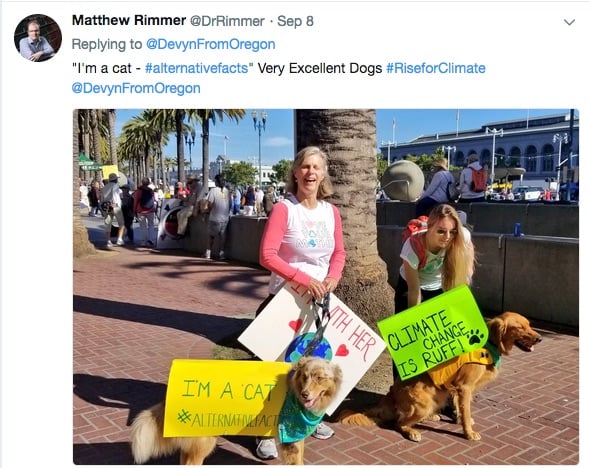 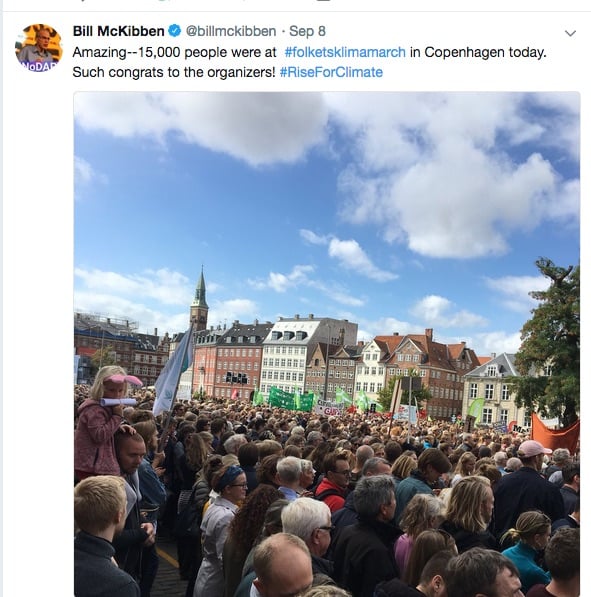 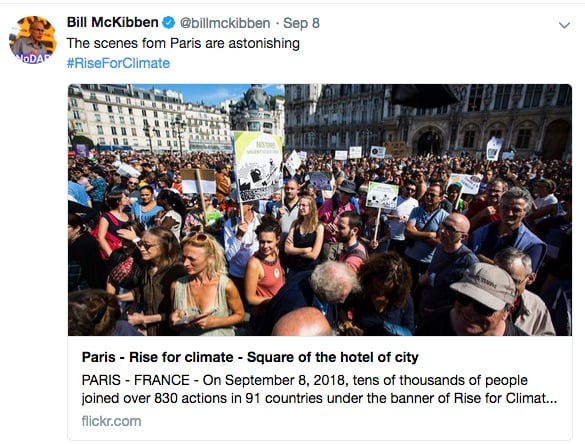 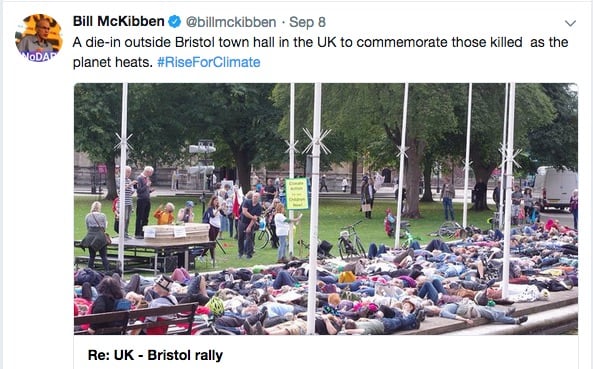 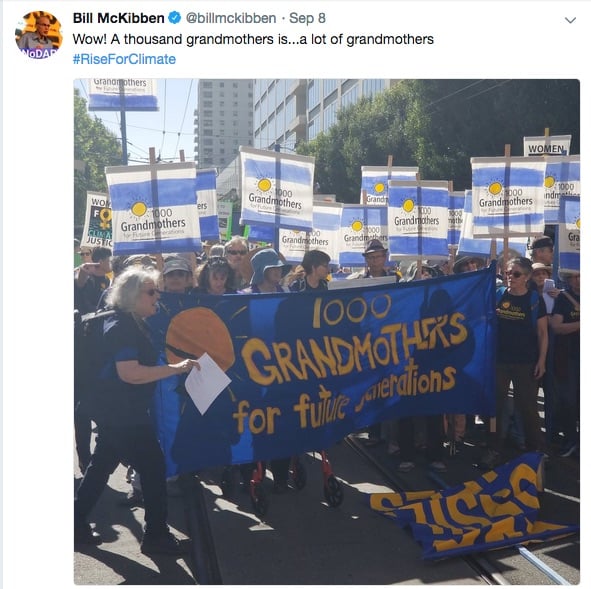 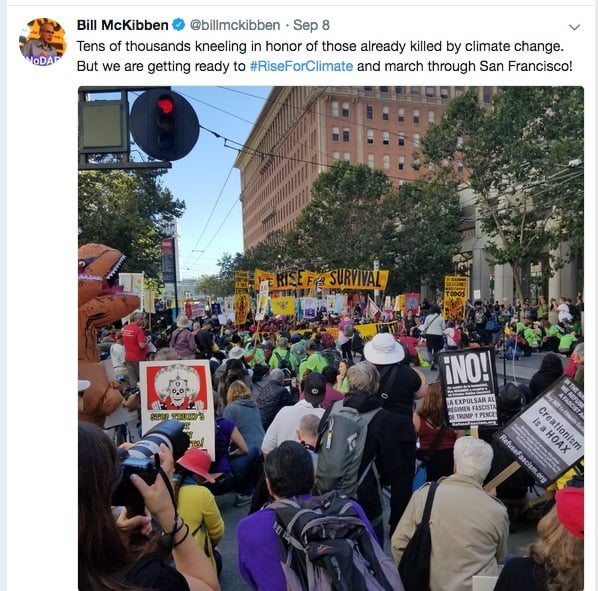 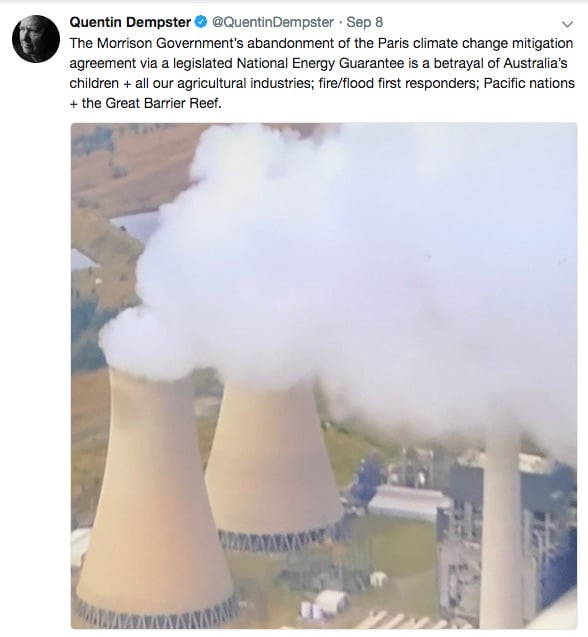